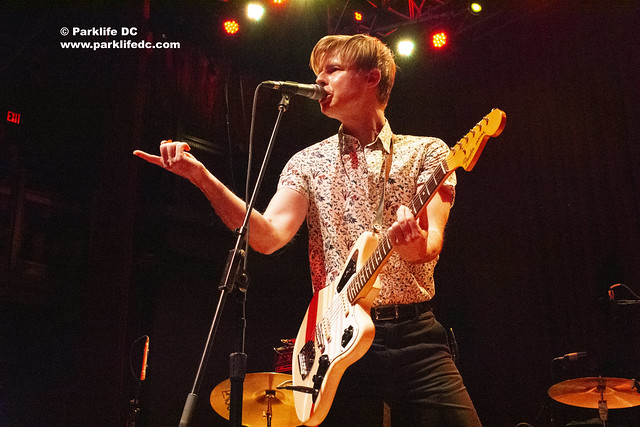 Dear Boy, an indie rock quartet from Los Angeles, proved the perfect opener for the one-two punch of Brit bands James and The Psychedelic Furs at The Fillmore Silver Spring recently. The appealing group captivated the gathering sold-out crowd at The Fillmore immediately with their Britpop-inspired sound.

Frontman Ben Grey looked as if he could be David Bowie’s younger brother as he adroitly swung his guitar around his microphone. Following his lead, Dear Boy whipped through a half a dozen tunes, pulling from the band’s most recent record, The Strawberry EP, published in March by their own label Easy Hell and Burnside/The Orchard.

With “Semester,” an apparent song of schoolboy love, Ben demonstrated some lovely guitar interplay with lead guitarist Austin Hayman, and both generated shimmery riffs that would have been right at home in Manchester in 1991. Ben bobbed and sang with an easygoing manner while drummer Keith Cooper kept the beat behind him.

Stream The Strawberry EP by Dear Boy on Spotify:

Soon, Dear Boy perform the jauntier “Limelight,” also lifted from the new record. While the lovelorn tune sprung forward with the driving force of Ben’s guitar, it also derived power from the winding bass of model Lucy Lawrence. Frankly, for our money, relatively new member Lucy could potentially break more hearts than Justine Frischmann with her hypnotic basslines and the occasional archly sly smile of satisfaction. (Were we to call her serpentine, we would mean it in the best way possible.)

Dear Boy closed their too-short set with “Hesitation Waltz,” an early single from the band dating back to 2014. The lyrical ode to reluctance serves as a reflection on commitment writ large, and it’s dreamy, slower pace provided a nice counterbalance to some of the big dance songs in the Dear Boy catalog.

Through Aug. 7, Dear Boy support James and The Psychedelic Furs, providing a perfect sonic introduction to both bands until they wrap in their hometown Los Angeles. Get to the concert early to catch them! With any luck, Dear Boy will return for their own headlining tour soon and take a deeper dive into their impressive bank of songs.

Here are some pictures of Dear Boy performing at The Fillmore Silver Spring on July 15, 2019. 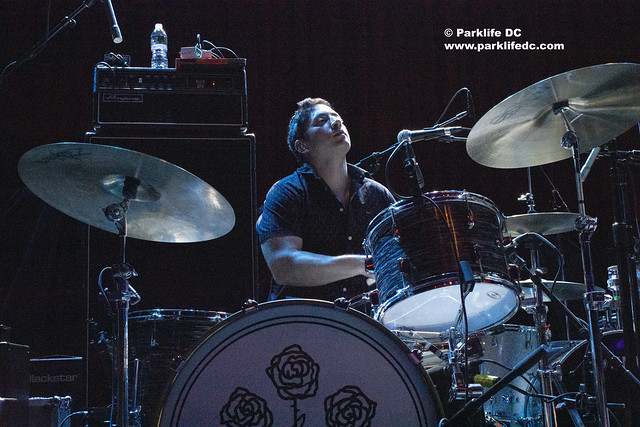 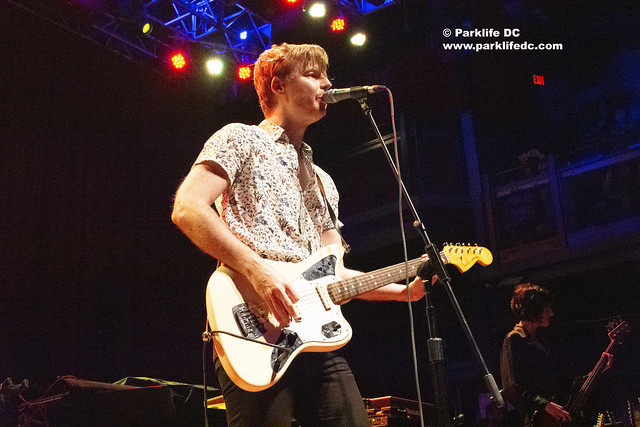 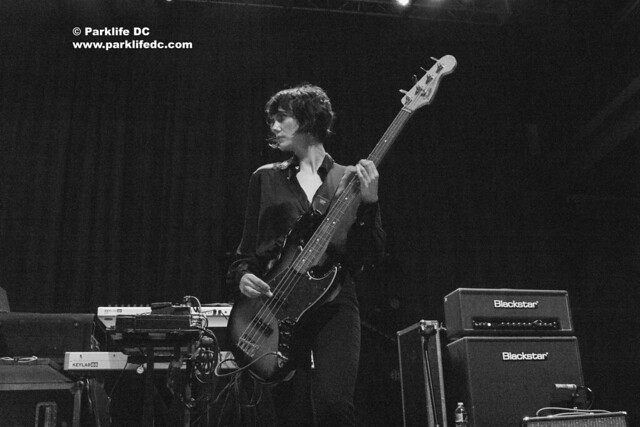 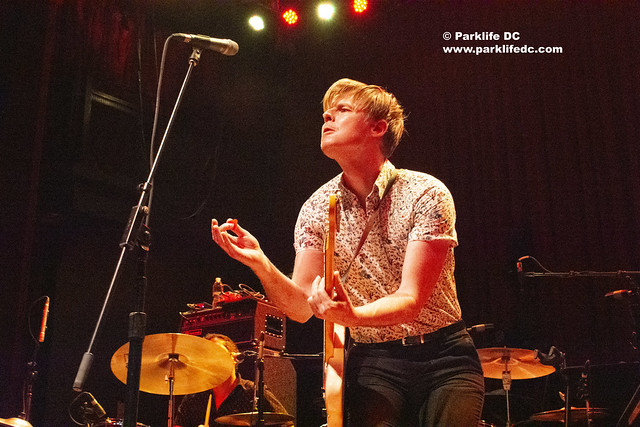 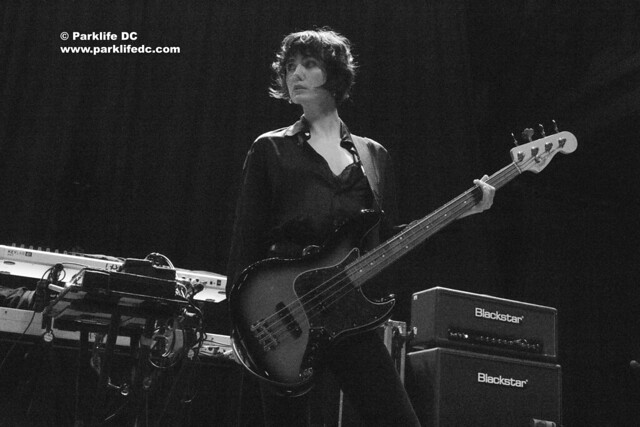 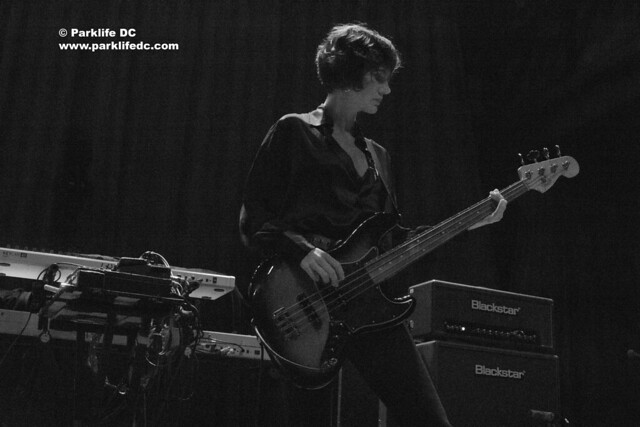 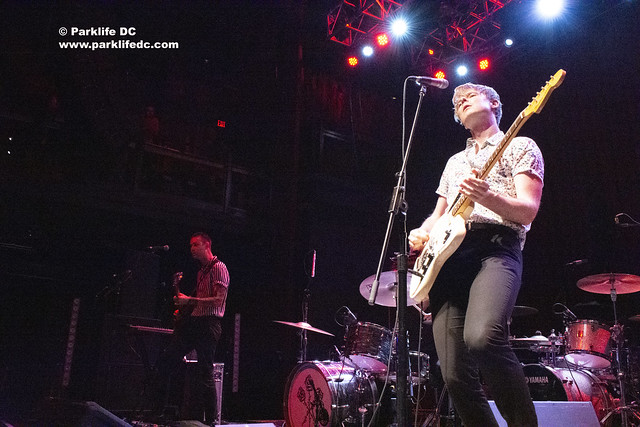 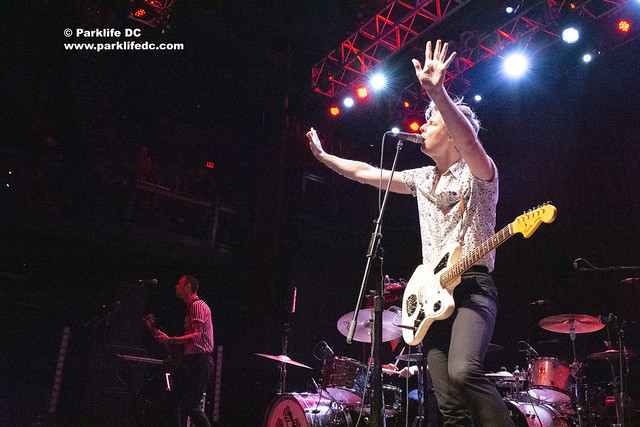 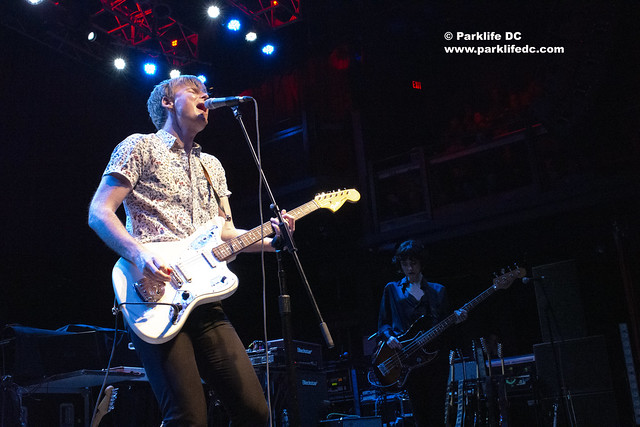 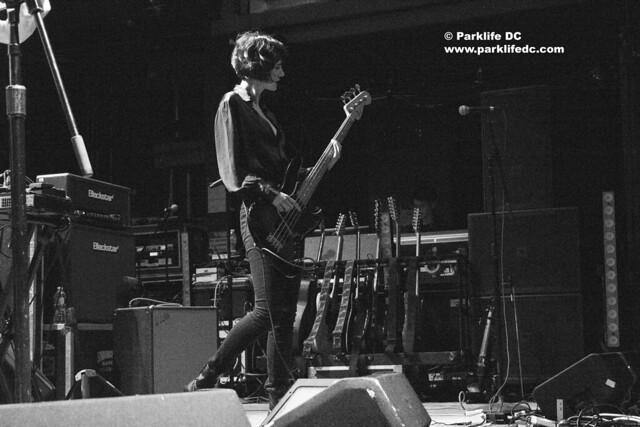 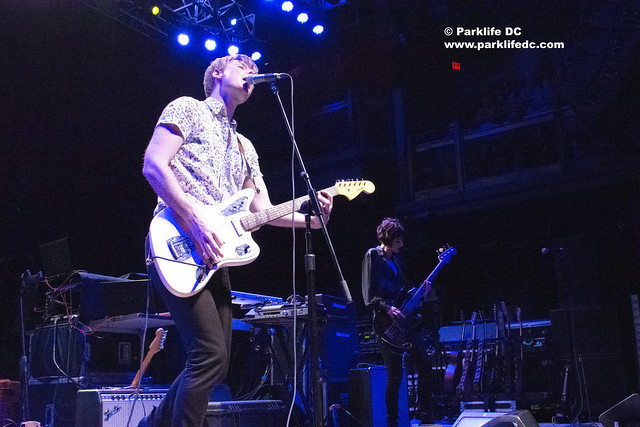 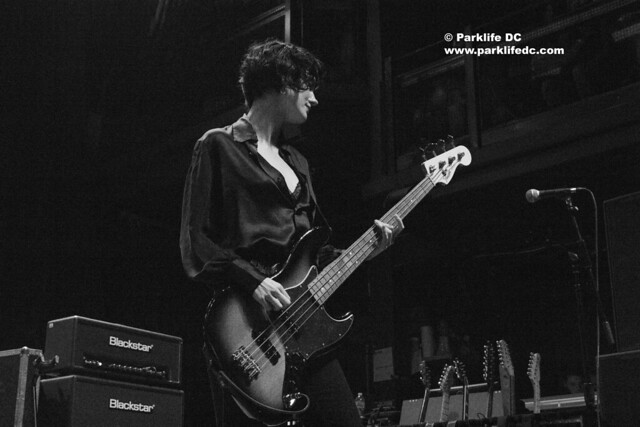 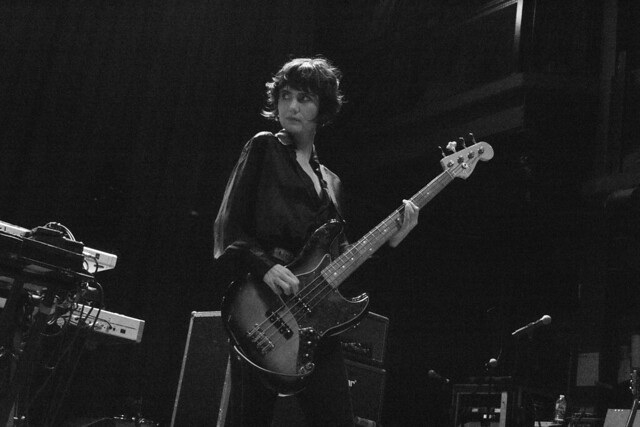 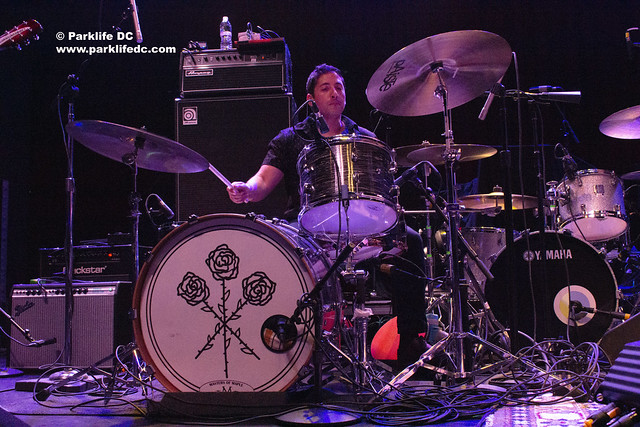 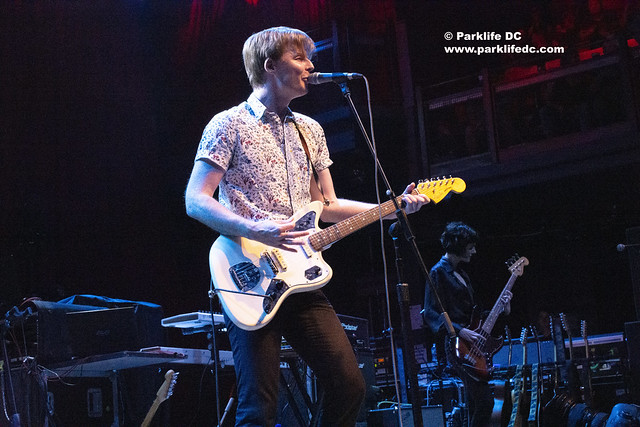 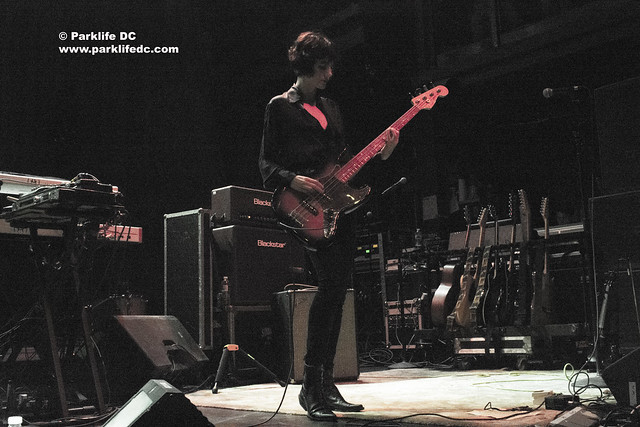 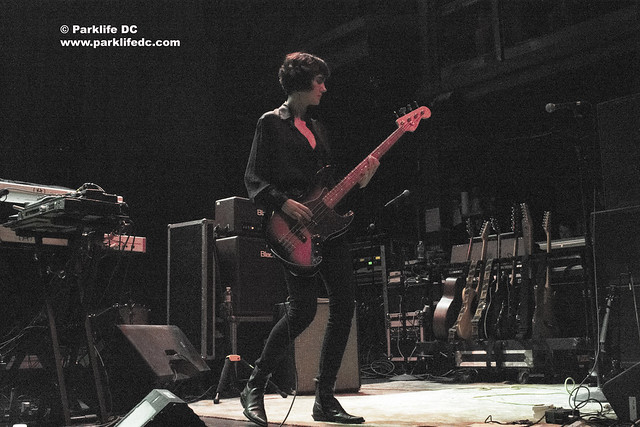 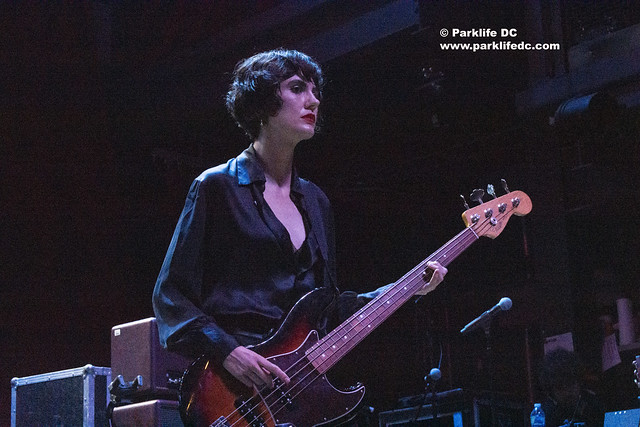