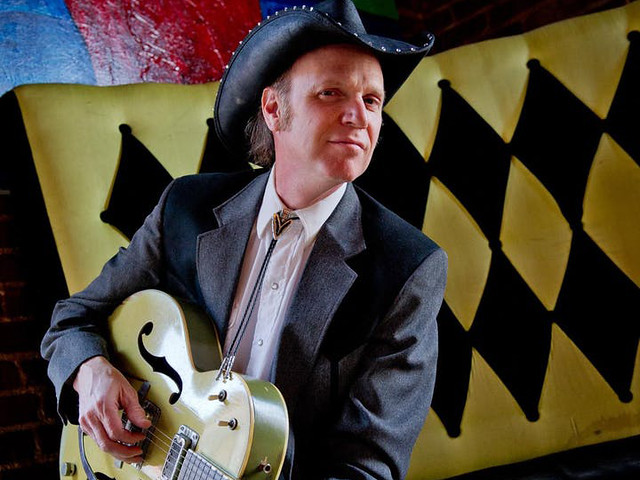 Can’t make it to Nashville’s Broadway to enjoy a good night of honk tonks? That’s OK because three very talented musicians — Chuck Mead, Jim Lauderdale, and Jason Ringenberg — are bringing their Cosmic Honky Tonk Revue to us in DC at The Hamilton Live on Tuesday, July 23!

At Parklife DC, we are particularly excited to welcome Jason Ringenberg, best known as frontman for Nashville alt-country trailblazers Jason & the Scorchers. Throughout the ’80s and ’90s, Jason & the Scorchers tore up venues across the planet and became known as one of the most exciting live bands of their era. On classic LPs like Fervor and Lost and Found they “singlehandedly rewrote the history of rock ‘n roll in the South” (Rolling Stone.) Their instinctive ability to combine traditional country music with high-energy punk rock has not been surpassed to this day. In 2008, they were awarded the Americana Music Association Lifetime Achievement Award for Performance.

Never one to rest on his laurels, the Godfather of Americana went solo in 1999. To date, he has released five Jason Ringenberg solo albums, publishing his most recent, Stand Tall, this year. Stand Tall was written whilst participating in the Artist in Residence Program for the National Park Service at Sequoia National Park.

Watch Jason Ringenberg perform “John the Baptist Was a Real Humdinger” live for Music Fog in Nashville on Feb. 9:

“The Godfather of Americana… the spirit of Woody Guthrie rocks on in Daddy Ringenberg’s boy,” Mojo said of Jason, while No Depression said, “Although Gram Parsons and Uncle Tupelo have elicited more reverence as country-rock avatars, Jason’s musical imprint remains more vital than either’s.”