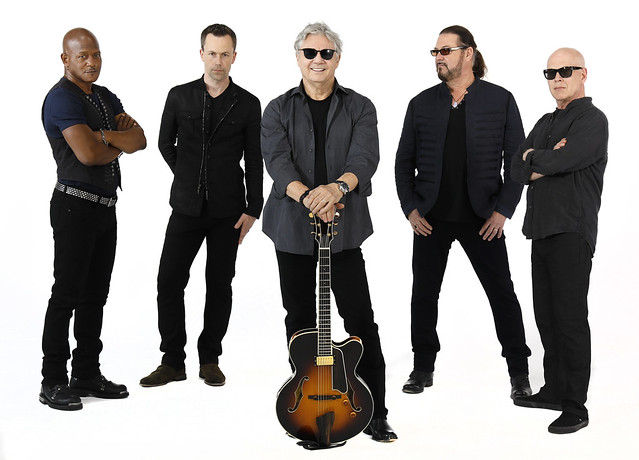 Steve and Marty are two great acts that sound great together!

“I know it is going to be one of the best musical pairings we’ve ever done and an amazing evening of great American music,” Steve said. “For those Steve Miller Band fans who don’t know Marty Stuart And His Fabulous Superlatives —- Marty Stuart, Kenny Vaughan, Harry Stinson, and Chris Scruggs — together they are one of the best singing and playing bands EVER and not to be missed. Marty is one of the finest musicians in the world — an amazing singer, songwriter, and country music scholar, and it’s an honor to have him join us this summer for an unbelievable evening of original American music.”

Marty said, “Steve Miller is a treasure and a true world-class musical citizen. I so respect him as a singer, a songwriter, guitar slinger, historian, art connoisseur, bandleader, and friend. It’s an honor for the Superlatives and I to run the roads of the nation and share the stage with the Steve Miller Band this summer. I predict some amazing musical moments out there on the horizon.”

Watch Steve Miller perform “Take the Money and Run” live in concert at the Pacific Amphitheater in Costa Mesa, California, in 2018 on YouTube:

In a review of the concert tour in Des Moines, Iowa, Star 102.5 proclaimed the show is “worth every penny spent.”

“Stuart is the best of country music. He appreciates the roots, he continues to learn, and best yet, he educates the newer generations about the music that makes up the backbone of country music,” the review said.

“Steve Miller, on the other hand, continues to be a student and steward of rock n’ roll. Miller brought his four-piece band armed with one of the greatest packages of hits in music. Seriously, his Greatest Hits 1974 – 1978 is one of the best-selling albums of all time for a reason. When you hit the stage and proclaim that you’re ‘gonna make a little magic,’ there’s no additional explanation needed that ‘Abracadabra’ is coming.”