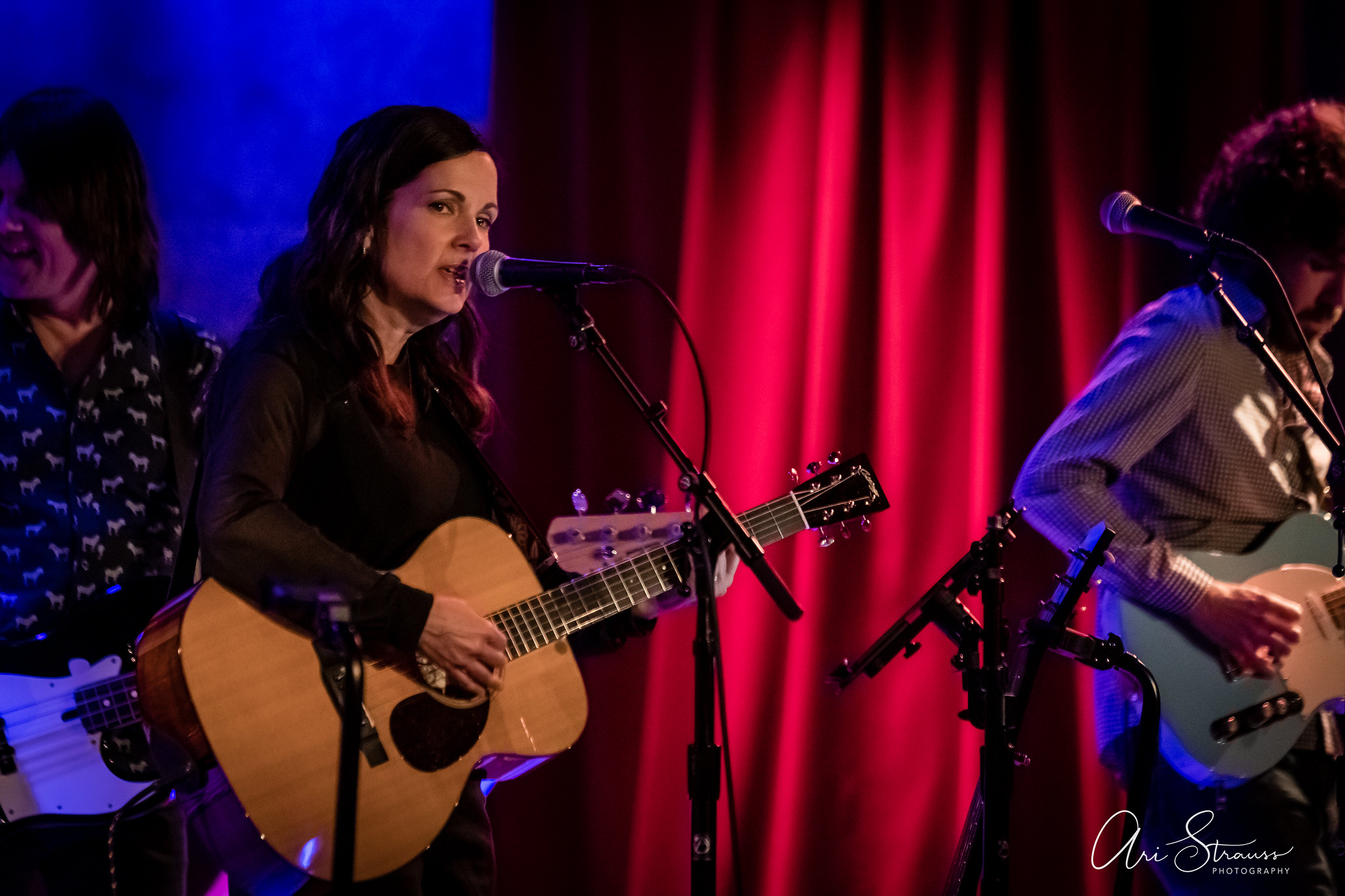 Bittertown was undoubtedly Lori McKenna’s breakthrough album. Its release attracted the attention of Faith Hill, who went on to cover three songs from the album and paved Lori’s way to a successful songwriting career in Nashville.

The album was released on May 11, 2004. Three days later, Lori gave birth to her youngest child, David. It was a pretty big week for the mother of five who would go on to win two Grammys and an Academy of Country Music award for Songwriter of the Year.

“Boston to Bittertown to Nashville,” Lori likes to say, “It was a blessing and remains a huge part of my life even now.”

Before I review the the City Winery DC show, I have to make a confession. Lori McKenna has been a successful songwriter in Nashville for a number of years, but it was only recently, while listening to an episode of one of my favorite podcasts, Broken Record — a passion project of Malcolm Gladwell and famed music producer Rick Rubin — that I discovered Lori’s immense talent. She and close friends, Liz Rose and Hillary Lindsay, comprise The Love Junkies, a songwriting powerhouse that writes some of the best songs in Nashville today. Between the three of them, they’ve helped launch Taylor Swift, pushed Lady Gaga into country music with her album Joanne, and gave country music one of its more controversial hits, “Girl Crush.”

Listen to the Love Junkies episode on the Broken Record website and hear the ladies give Malcolm a glimpse into their songwriting process and break down some of their more successful songs.

One song covered prominently in the podcast, “My Age,” made a profound impact on me. The song was written from the perspective of a mother speaking to her child.

When you’re my age, I hope the world is kinder than it seems to be right now;
I hope the front page isn’t just a reminder of how we keep letting each other down.

When I was your age, things didn’t seem to be this hard;
Riding bikes out on the street, playing tag in the back yard.

The song’s hook comes at the end of the chorus:

As I write this post, I’m a few days shy of my 47th birthday, but I’m also the youngest of two siblings and my mother still refers to me as her baby. Lori’s song magically encapsulates the relationship I have with my mother. It puts a lump in my throat and a tear in my eye every time I hear it.

Listen to an audio recording on YouTube from the podcast of Lori singing “My Age,” and you’ll see what I mean.

Lori opened the City Winery show with Bittertown’s opening track, “Bible Song.” Before diving into the next song, Lori admitted to the audience, “Whenever I do a show like this, I feel like I’m having a bunch of people over to my house. This feels like I’m having you all over to my house.” She continued, “Have you ever thrown a party and at the last minute, right before it starts, you start to panic, ‘What if no one shows up? No one’s gonna show up.’ Well, I’m so glad you all showed up so we can enjoy tonight together.”

Lori loosely followed the the songs in the order they appear on the Bittertown album, with a few diversions. In introducing “Lone Star,” she pointed out the song was actually a bonus track you would get only if you bought the album at Target. After a slight pause, she said only partly in jest, “for those of you under thirty, music used to be sold on CDs… in stores. And if you bought this album at Target, you got this bonus track.” She confided to the audience that “Lone Star” was written with Beck in mind; however, when she met Beck several years later, she realized the song didn’t really fit him at all. “He wasn’t a loner,” Lori said, “He was actually quite popular in high school. Oh well.”

Lori grew up in Stoughton, Massachusetts, a town about 20 miles south of Boston, and she still lives there today. (She commutes to Nashville a couple times a month for projects.) She met her husband, Gene McKenna, in the third grade and married him when she was 19 years old.

When Lori was working on Bittertown, a woman at Gene’s work had a big crush on him. Gene didn’t agree, but Lori said, matter-of-factly, “It was apparent to me…so I wrote a song about it.” That song was “My Sweetheart,” the 10th track on the album.

When Lori was pregnant with her youngest child, David, a new housing development of “mcmansions” was being constructed around the corner from where she was living at the time, across the street from where she and Gene went to school together. Disapproving (at the time) of the direction her hometown was evolving, it inspired her to write, “One Man.”

Behind that school we found romance
We laid in the dirt and took off our shirts
While the lucky ones would fly away
On planes to other cities, other towns

Lori admitted to the audience that, 15 years later, she and her family live in one of those houses but quickly defended her change of heart, “Hey when you’ve got five kids, you need space.”

Singer-songwriter Hailey Whitters served as the opening act earlier in the evening, and Lori invited her to join the band on stage for the encore. Lori had heaps of praise for Hailey, who at a young age, co-wrote Little Big Town’s song, “Happy People,” from their 2017 album, The Breakers.

“I’m so proud of Hailey because she’s managed to learn everything about the music business at a much younger age than I did,” said Lori, “When I met her was was like, ‘Who is your mother, and how can I be friends with her?'”

Working with Little Big Town is something Lori and Hailey have in common. As Hailey made her way to the stage, Lori said Hailey was her “girl crush,” a not so subtle reference to the smash single she co-wrote (with the Love Junkies) for Little Big Town in 2014. Appropriately, it was an all-Little Big Town encore with “Girl Crush” followed by Happy People.”

Lori was backed by four fine musicians on the Back to Bittertown mini-tour: Lyle Brewer on electric guitar, Paul Kochanski on bass, John Sands on drums, and Jamie Edward on keys. Lori provided lead vocals and acoustic guitar.

Bible Song
Mr. Sunshine
If You Ask
Pour
The Bird and the Rifle
Lone Star
Monday Afternoon
The Ledge
My Sweetheart
One Man
Stealing Kisses
Silver Bus
Humble and Kind
One Kiss Goodnight

Enjoy some photos from Lori McKenna’s performance at City Winery DC on July 24, 2019. All images copyright and courtesy of Ari Strauss/ aristrauss.com. 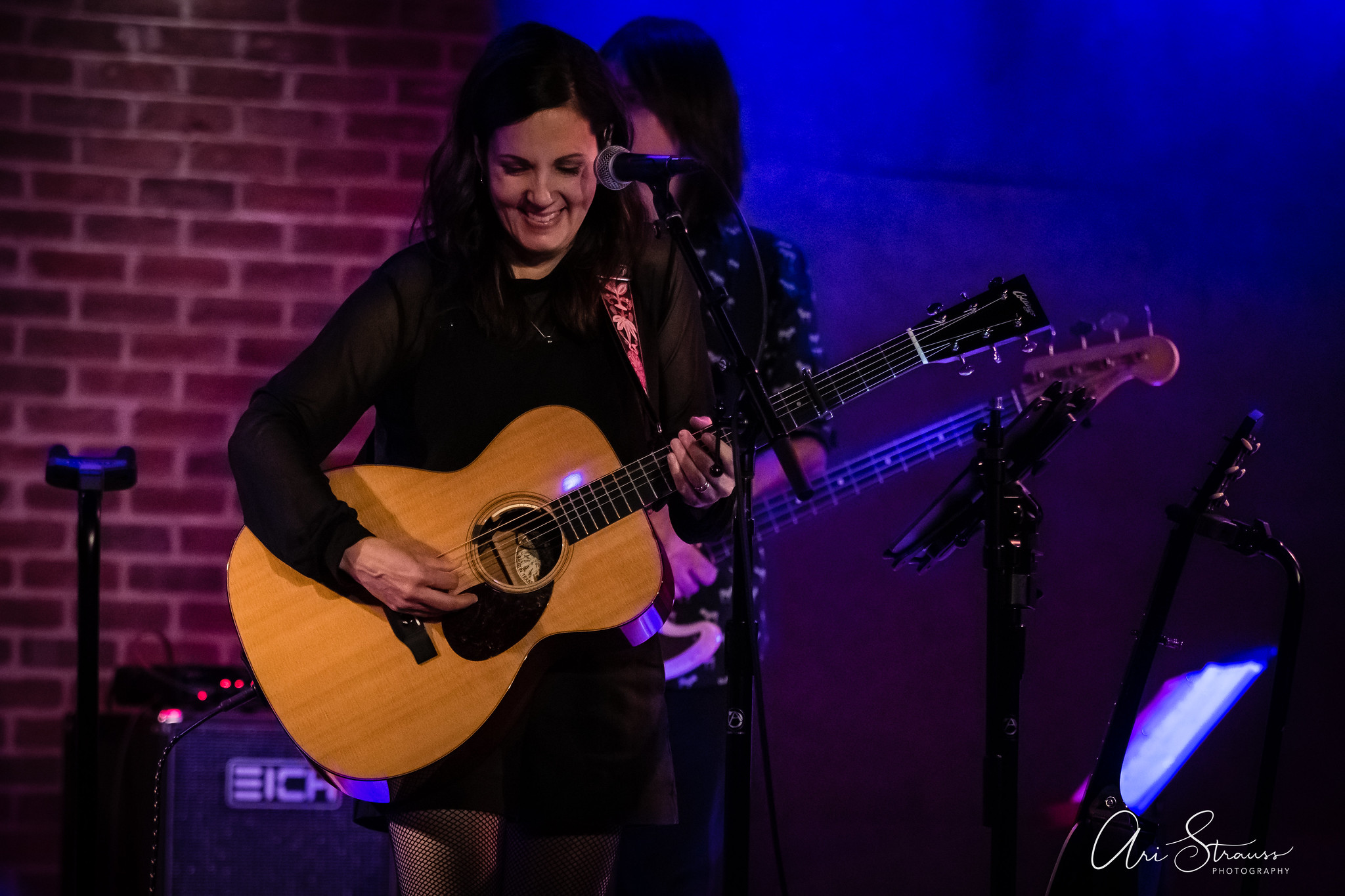 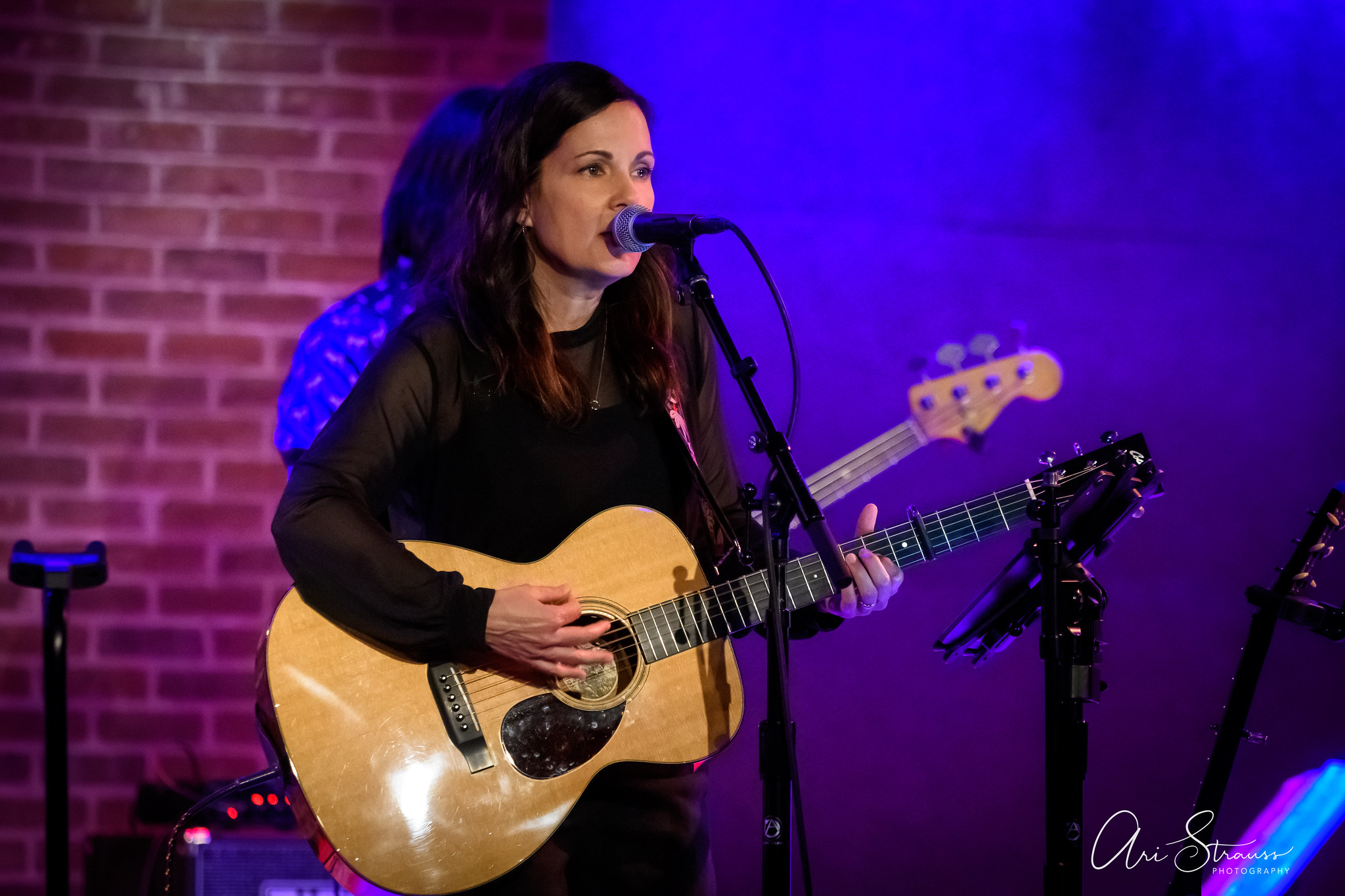 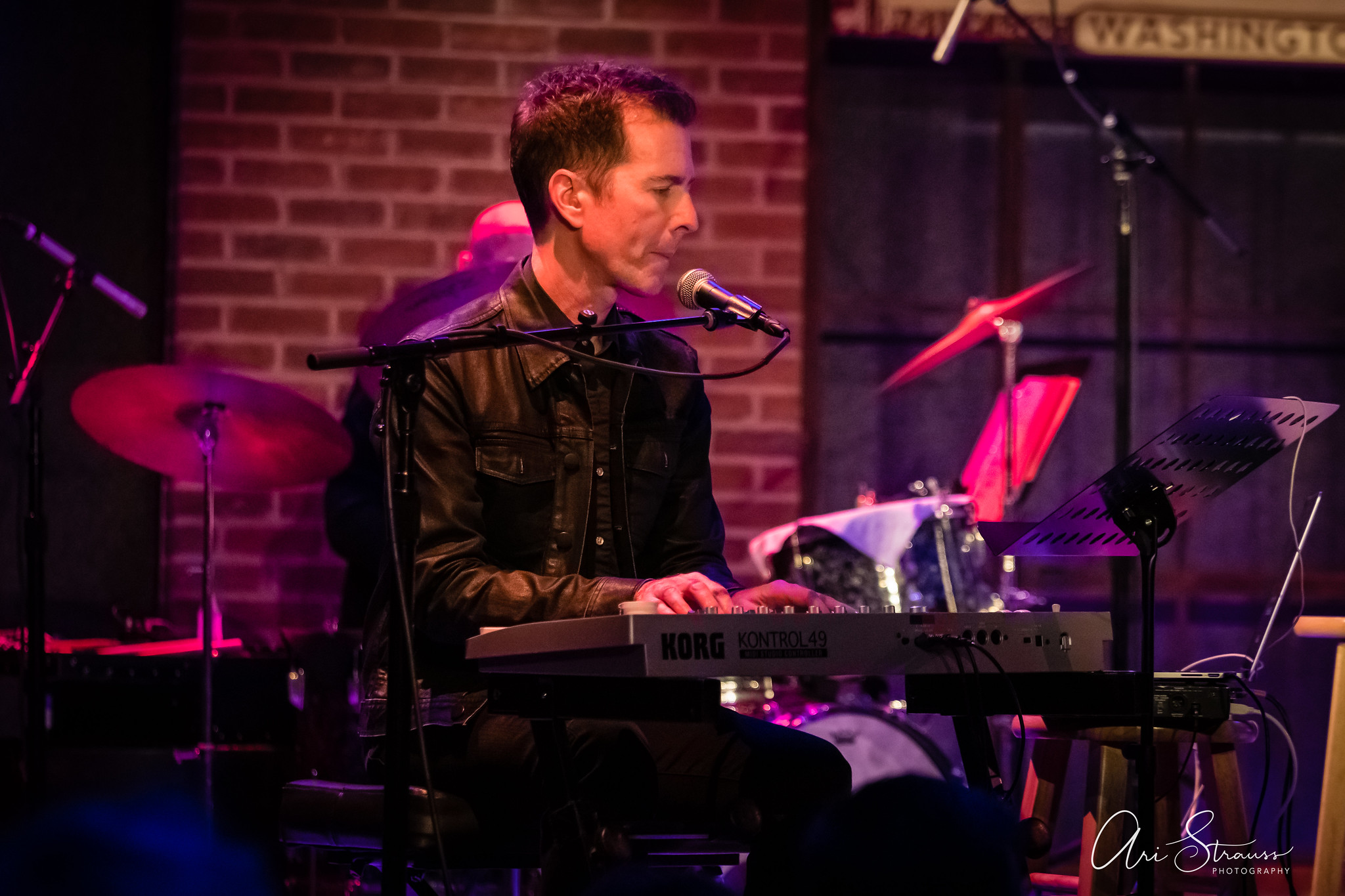 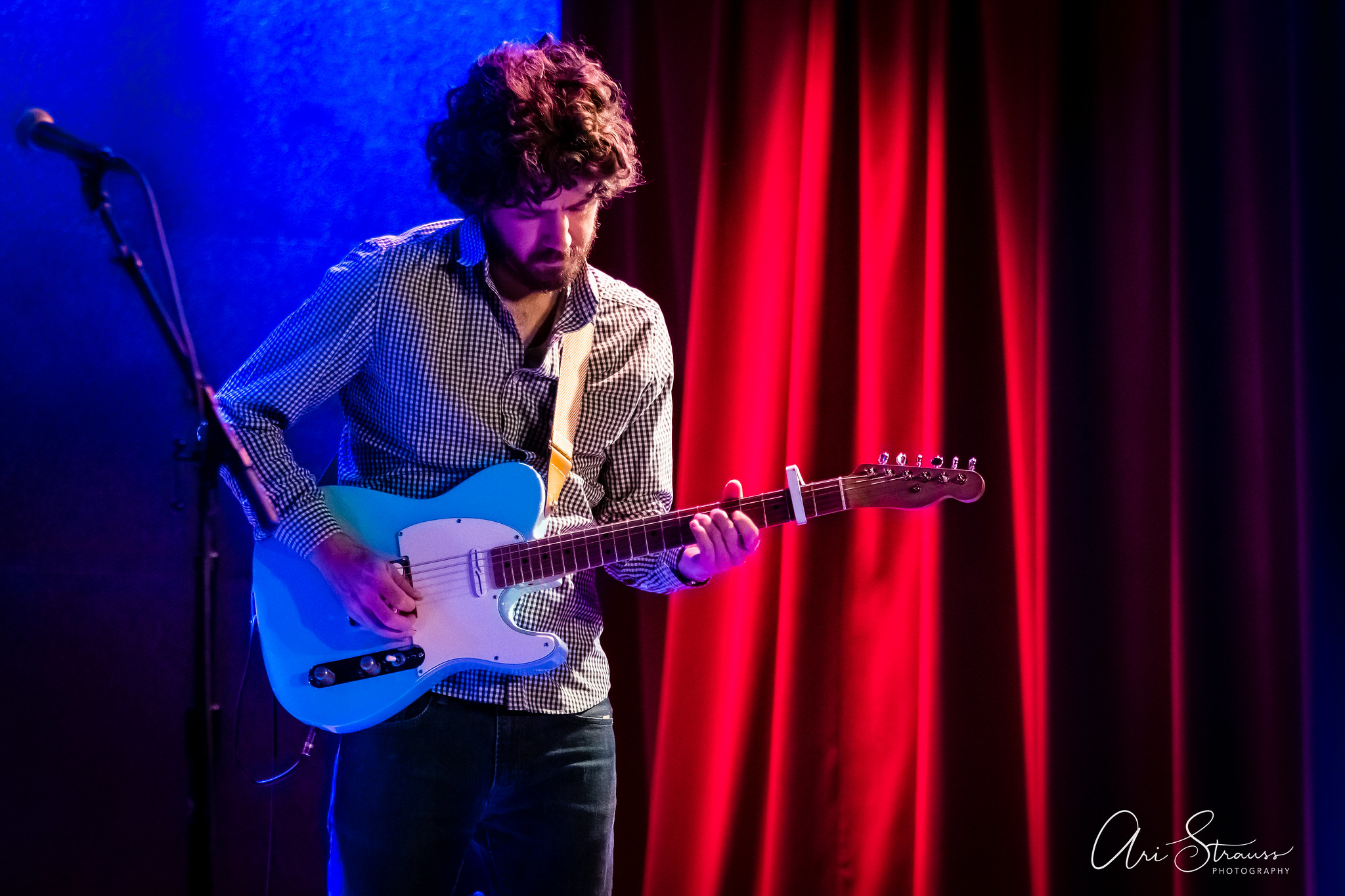 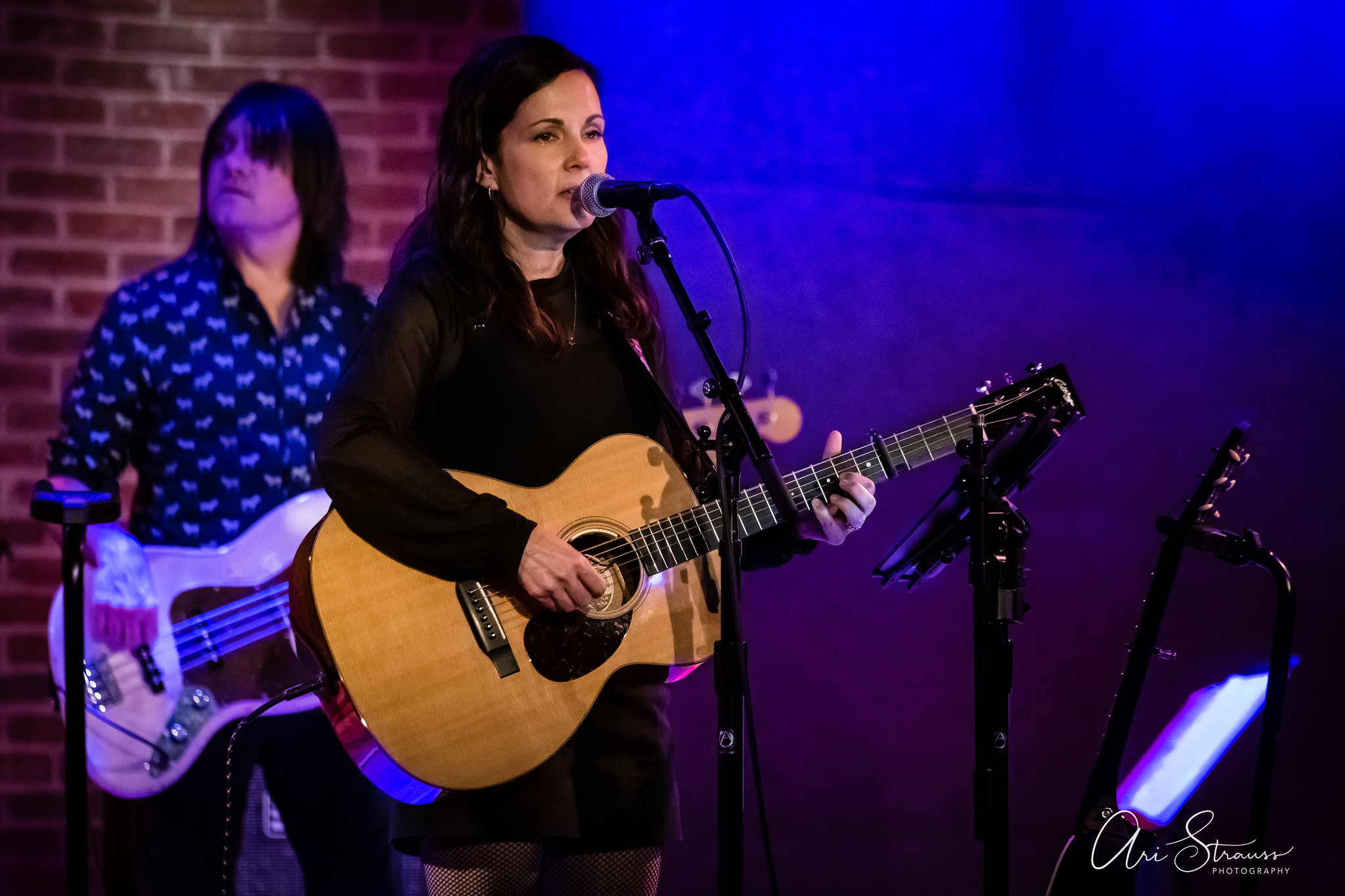 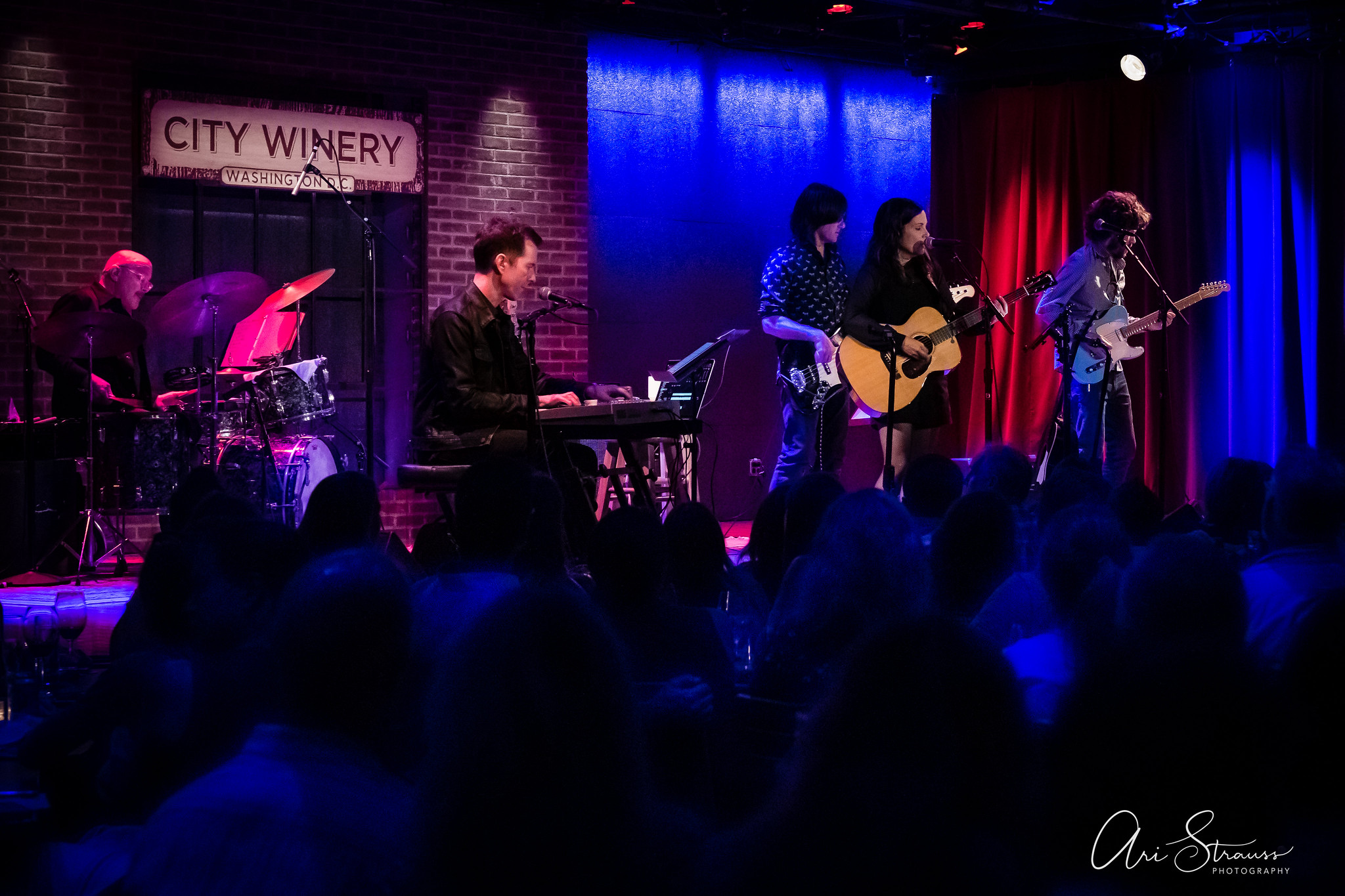 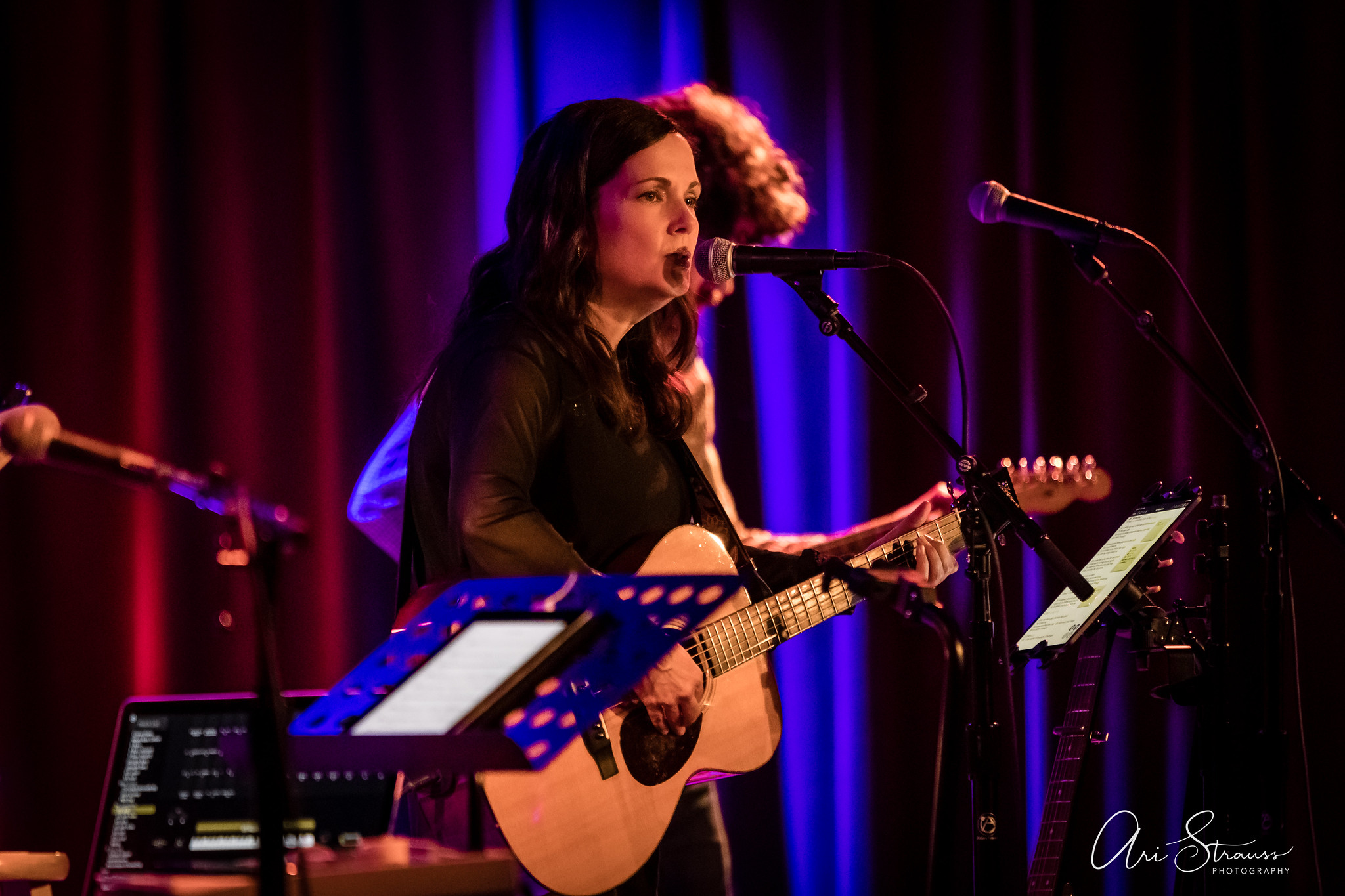 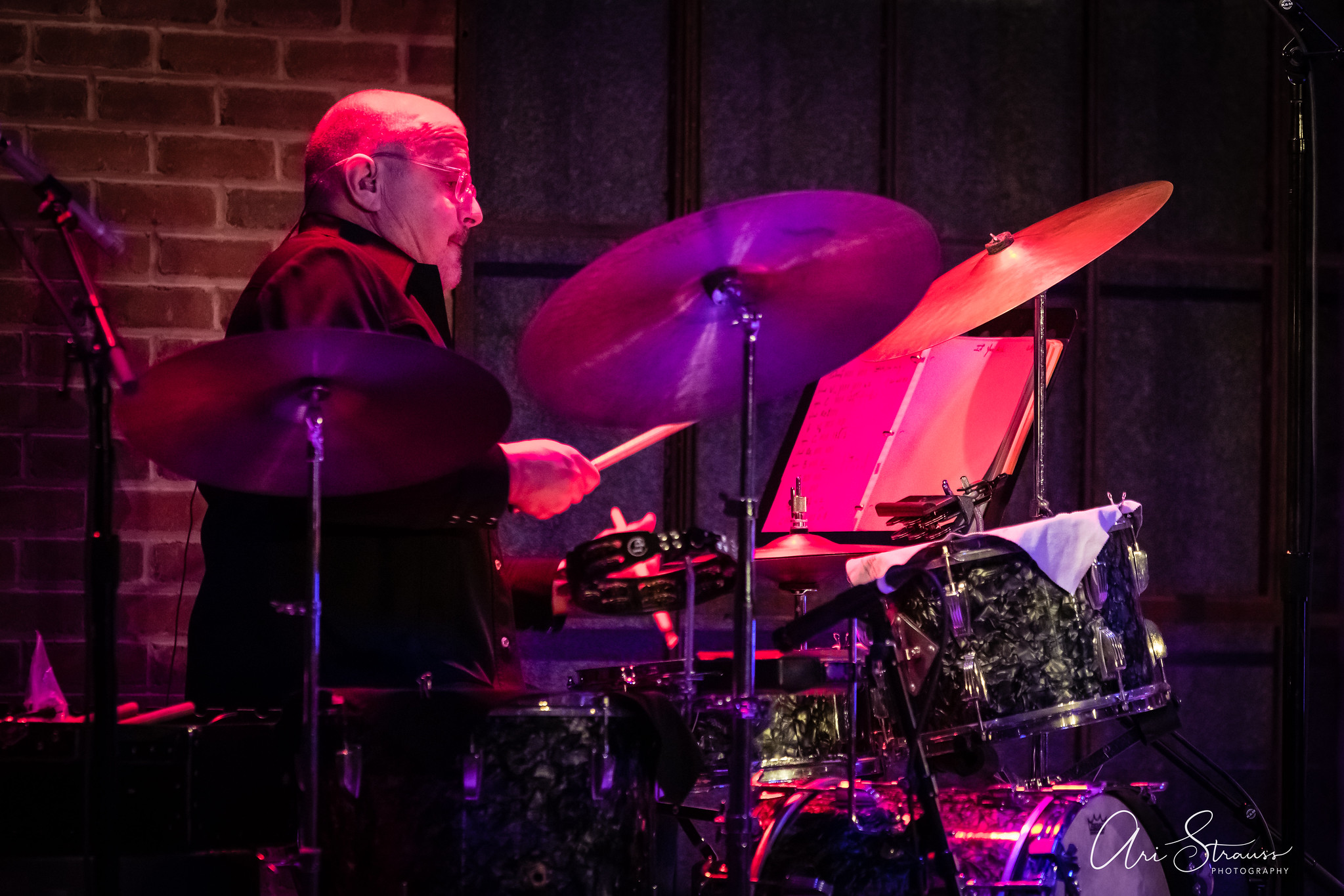 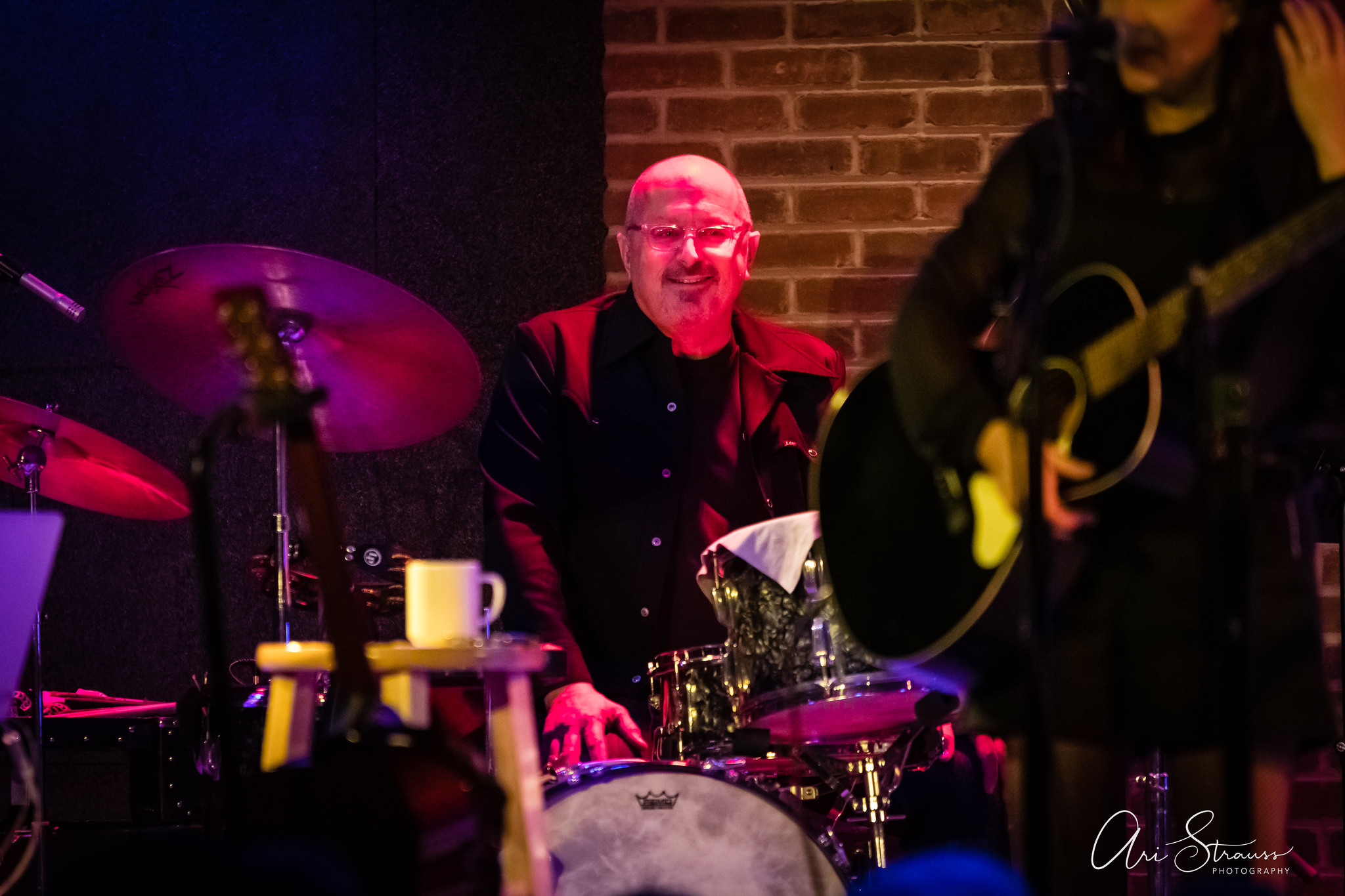 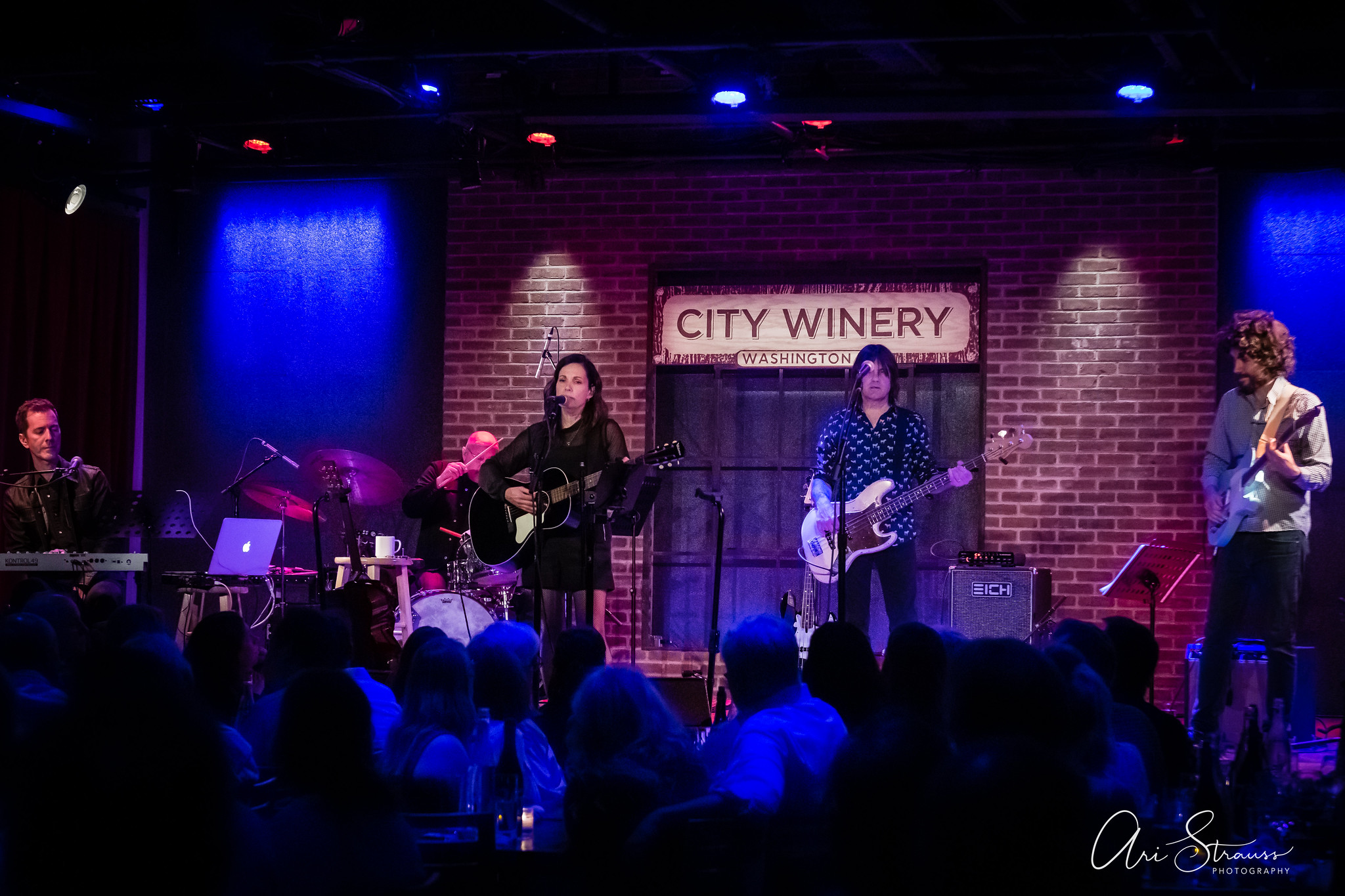 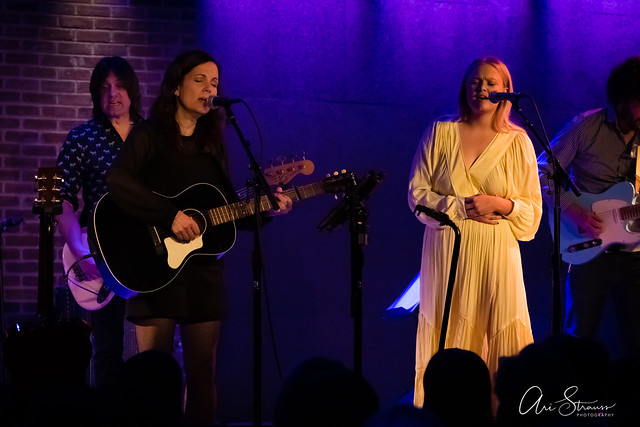 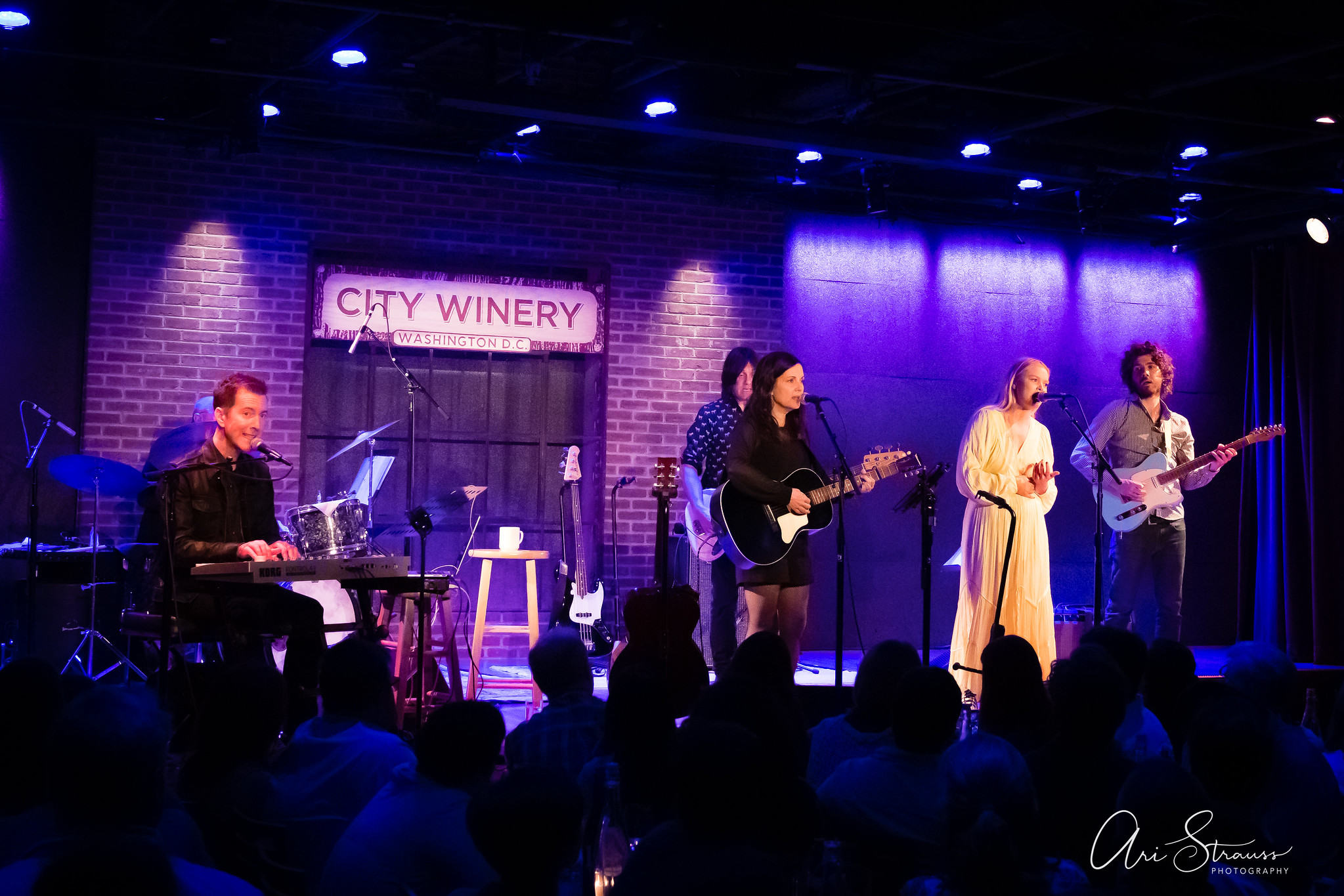 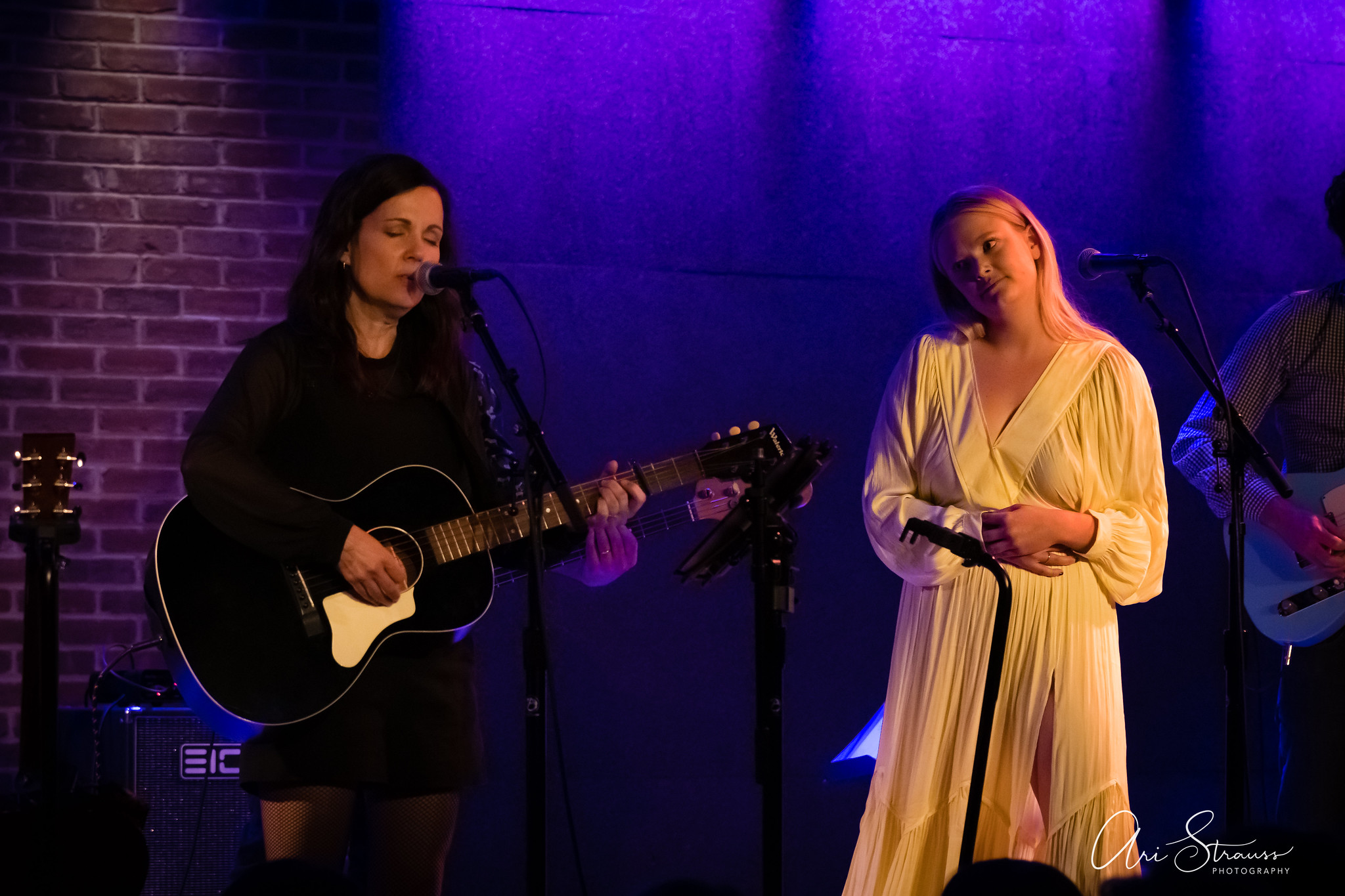 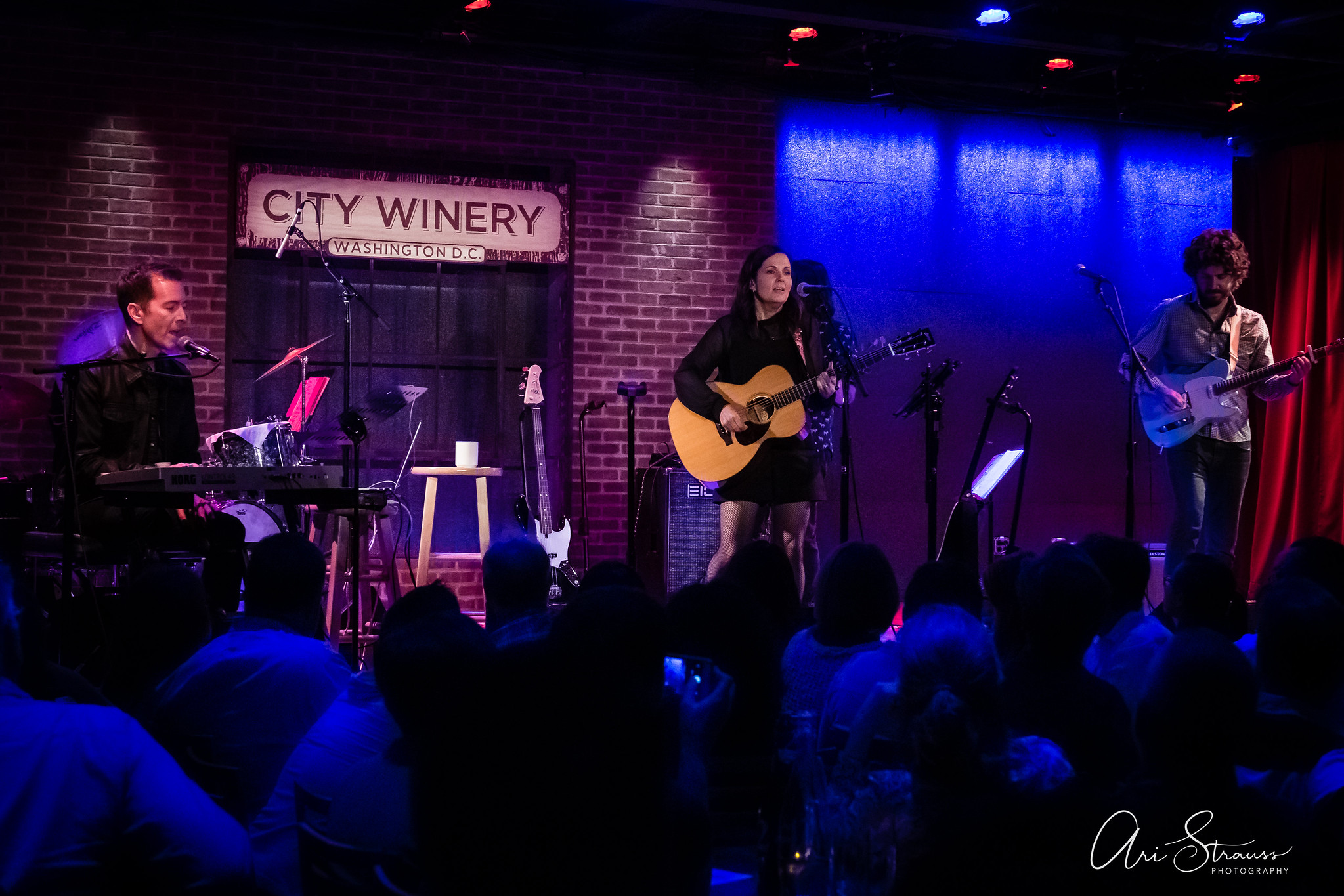