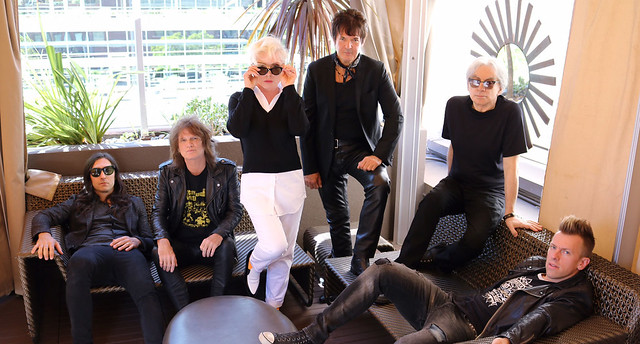 New wave legends Blondie dropped by The Anthem recently, and while it was great to see the entire band, it was especially satisfying to witness drummer Clem Burke in action.

At 64, Clem remains a drumming powerhouse, moving with precision and dynamics that surpass that of musicians half his age.

As one of the three founding members of Blondie remaining in the band, along with Debbie Harry and Chris Stein, Clem already has plenty of starpower. But the most remarkable thing is to see him play as he blasts through the group’s many catchy and enduring tunes.

On July 26 at The Anthem in DC, Blondie played 17 songs, drawing evenly from across the band’s entire catalog, including two selections from their most recent album, Pollinator. In a very pleasant surprise, Debbie and company resurrected the charming “Orchid Club” from their vastly underrated 1982 album, The Hunter, which ushered them into a 17-year recording hiatus. Even more surprising was a cover of “Old Town Road” by Lil Nas X, proving the song to be truly inescapable.

But Blondie commanded the audience most fully with the intoxicating potency of the band’s hits, including #1 smash “Call Me,” written in collaboration with Giorgio Moroder. Ever lively throughout the set, Clem truly fired on all thrusters for “Call Me,” tirelessly throwing his entire body into the music.

Watch Blondie perform “Call Me Live” at World Cafe Live in Philadelphia in May 2017 via YouTube:

Halfway through the set, Clem pounded the drums furiously like a man running in place for a performance of the iconic “Rapture,” which blended new wave melodies with hip hop bravado. In the instrumental interlude prior to the last chorus, Clem rained furious strikes upon his kit, and you couldn’t help but feel alive in the face of his sheer power but also his singular focus and precision. “Rapture,” of course, appeared on Blondie’s fifth album, Autoamerican, which matured and expanded their sound while providing Clem a host of opportunities to demonstrate his percussive range. 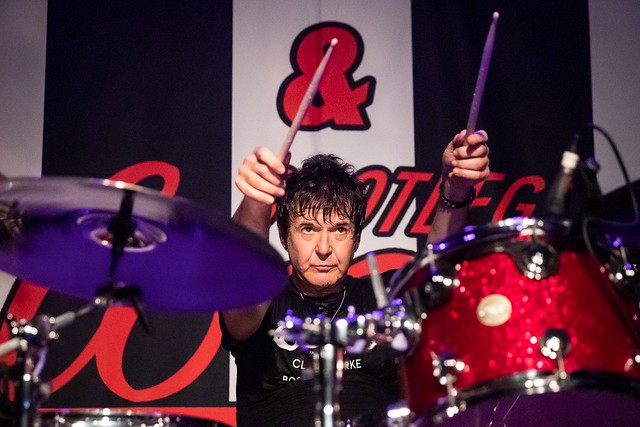 Near the end of the main set, Blondie presented “Atomic,” the earworm that originally appeared on Blondie’s 1979 album, Eat to the Beat, a record that remains a personal favorite. The song offered no rest for Clem, whose drumsticks hit like lightning as he crossed and uncrossed his arms with photographic reflexes.

Watch the official music video for “Atomic” by Blondie on YouTube:

Blondie closed the set with “Heart of Glass.” At The Anthem, Clem’s drums were the dominant instrument as he waved his arms furiously in the most captivating fashion. He set the beat and the timing for the song, melding disco tempo to reggae flavors, and inspiring everyone present to sing along in their best falsetto while breaking out into a dance.

Throughout it all, Clem remained an irresistible force. When witnessing him, it is easy to understand how Clem came to establish his Clem Burke Drumming Project, a UK-based academic program that celebrated its 10th anniversary in 2018. The Clem Burke Drumming Project devoted its first 10 years into research on the physical demands required of and the enhanced health resulting from drumming practice. At the University of Chichester and University Centre Hartpury, the study has demonstrated improvement in movement including increased dexterity and improved concentration thanks to consistent drumming practice.

To witness Clem in action himself is to surmise the prolonged physical and mental benefits of drumming. He’s living proof.

Watch the trailer for “My View: Clem Burke,” a documentary about Clem published by PHIX, on YouTube:

The plexiglass barrier surrounding Clem during a show epitomizes his studious and diligent approach to his drumming. The plexiglass is custom made for him, his drum tech once told Music Radar. And its purpose is to “isolate drum and cymbal bleed as much as possible.” That’s how much thought and care Clem puts into his drumming.

It was appropriate that Blondie co-headlined The Anthem with Elvis Costello, given that both Costello and Clem draw a lot of inspiration for their look and tailoring from English Mod subculture. Look for Elvis Costello and Blondie together through Aug. 10, when they wrap their tour at the Chateau Ste. Michelle Winery in Washington state. 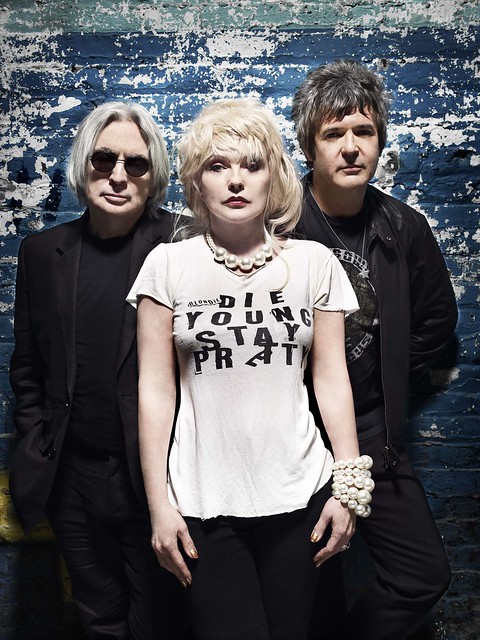