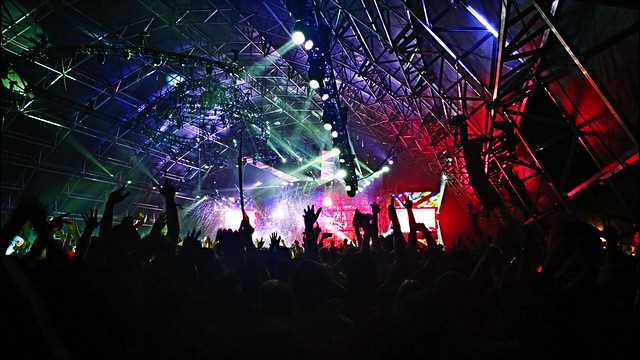 The rush of a concert (Photo by Boga Rín)

The ’60s and ’70s might be well behind us, but the music that those decades produced is very much alive and well. Some of the best rock bands of the era are not only still creating music, but they’re also touring and putting on incredible shows. If you have the chance, here are the classic rock bands you should check out this year.

No one can get enough of the Rolling Stones. They’ve been active for nearly 60 years, and they’re still capable of selling out some of the biggest stadiums in the world. Despite having heart surgery earlier this year, Mick Jagger can still, in fact, move like Jagger and put on an entertaining show. And Keith Richards and Ronnie Wood can still jam. Unlike many musicians in their 70s, they still look like rock stars from the 1970s, which is a treat.

The Stones first embarked on their global No Filter Tour in 2017. Since then, they’ve played dozens of shows, with opening acts from The Kooks, The Wombats, Florence and the Machine, and Cage the Elephant. Recently, they played at MetLife Stadium in New Jersey, and they’ll continue their tour out west in Denver, Seattle, Santa Clara, Pasadena, and Glendale. They’ll finish up at the Hard Rock Stadium in Miami on Aug. 31.

Since they came on the scene in the early 70s, the Eagles have been recording and performing almost nonstop. For decades they’ve lived their lives in the fast lane, indulging in the rock ‘n’ roll lifestyle of partying, late nights, and high-stakes card games. Even the death of the founder and lead singer, Glenn Frey, couldn’t stop them for long, and they found a worthy replacement in the form of his son, Deacon Frey. Deacon Frey both looks and sounds like his father — so if fans had any doubts when he first started touring with the group, they were quickly put to rest.

The Eagles’ new lineup proved so successful in 2018 that they were able to schedule a huge world tour for earlier this year. As for their current shows, they’ll be playing several shows in Las Vegas from September until October. Considering their success lately, expect more upcoming dates to be announced soon. 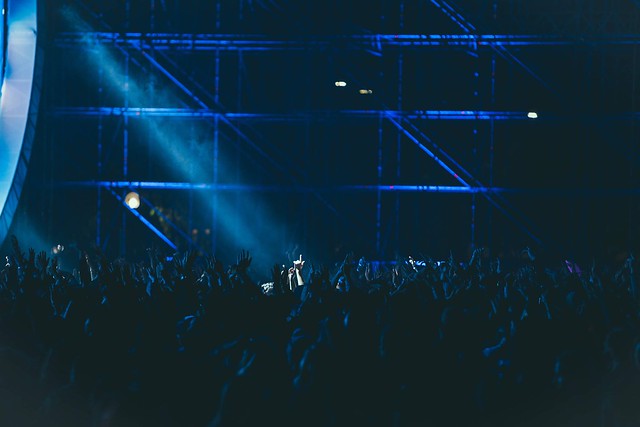 Scene from a show (Photo by Austin Neill)

Formed in the mid-’60s, many of the members of the original Grateful Dead have been touring under new names since the death of Jerry Garcia in the 90s. This new supergroup consists of former Grateful Dead members Mickey Hart, Bob Weir, and Bill Kreutzmann, along with some newer members. If you think this supergroup isn’t the same thing, just ask a true Dead fan — he or she will tell you that Dead & Company is the real deal.

Dead & Company recently ended their 2019 tour, which ran from May 31 to July 6. Some of their main stops included Los Angeles, Chicago, New York, and Boulder. Closer to home, they played at Jiffy Lube Live in Bristow and BB&T Pavilion in Camden, New Jersey. They recently announced their Playing in the Sand 2020 tour, which will include three shows in Cancun, Mexico.

Roger Daltrey and Pete Townshend are still at it, playing all of their major hits to sold-out crowds. They’ve gone on tour nearly every year since 1964 (with a few short gaps), and have released numerous studio and live albums. But after more than 50 years together, their current tour is expected to be their final tour. Not because they want to quit playing together, but because of concerns for their health and age.

In May, they played at Jiffy Lube Live, an early stop on their Moving On! American Tour. The Who’s next show will be on Sept. 1 in New York, NY at Madison Square Garden. Other major stops include Toronto, Boston, Atlanta, Tampa, Houston, Dallas, Denver, San Francisco, Los Angeles, San Diego, Seattle, and Vancouver. For a complete list, visit their website.