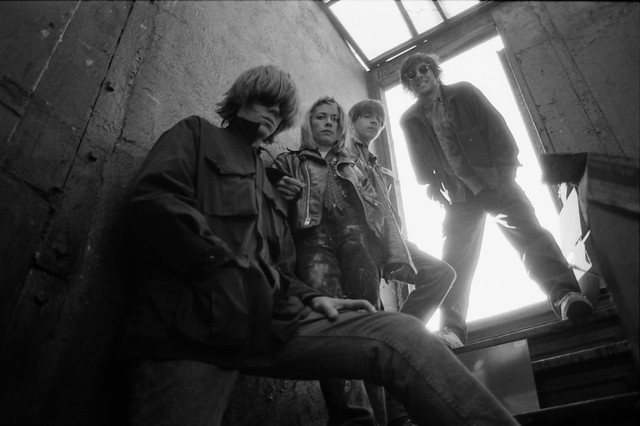 Sonic Youth released their sixth album, Daydream Nation, on Oct. 18, 1988. The album was an immediate critical success. In celebration of the album’s 30th anniversary, Sonic Youth bandmember Steve Shelley presents a screening of the concert film, Daydream Nation, and a panel discussion at 9:30 Club on Friday, Aug. 16.

Lance Bangs’s new Sonic Youth concert film, Daydream Nation, presents the band performing the titular double album in Glasgow on Aug. 21 and 22, 2007. Bangs blends HD footage shot in Glasgow with fragments of personal Super8mm and 16mm from his archives of Sonic Youth over the decades.

Sonic Youth performed Daydream Nation in its entirety less than 20 times during a 2007 tour, often at festivals or outdoor venues. This document captures one of the few indoor club performances; a setting Sonic Youth member Thurston Moore always claimed was the type of venue for which the songs were written. Glasgow had been a great city for the band’s tours, and the live sets shown in the film received a 5-star review in the Guardian.

Daydream Nation the film features multitrack audio of this material with a fidelity beyond any 1980s documents, and it offers a performance of this material by musicians who are simply more experienced and more adept with their instruments. The joy of the band and the audience are a sight to behold; the band and the fans joined together in celebration of this landmark album (10/10 NME, 10/10 Spin Alternative Record Guide, 5 Stars in The Rolling Stone Album Guide, 10.0 in Pitchfork, A from Robert Christgau in The Village Voice).

Robert Palmer wrote in Rolling Stone that Daydream Nation “presents the definitive American guitar band of the Eighties at the height of its powers and prescience.” Time has not dimmed the album’s lustre: It was selected to the Library of Congress’s National Recording Registry in 2005, and in 2013 Consequence of Sound declared “the record simply rules.”