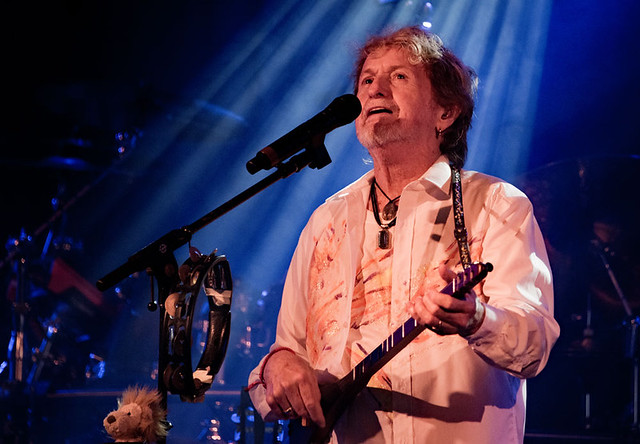 Jon Anderson performs at The Birchmere on Aug. 5, 2019. (Photo by Mark Caicedo)

Getting older, aging, maturing — whatever you’d like to call it — does have its upsides. Like wine or whisky, guitars and violins, aging produces deep tones and a richness that can’t be duplicated any other way. The same can be said for music, the timelessness and appeal that cuts across space and time.

Lately, I’ve been thinking about the passage of time and how much, and who, we’ve lost in the last few years. Too many musical icons and heroes have died or been stricken with debilitating illnesses. We’ve lost Petty, Bowie, Prince. Eric Clapton and now Peter Frampton face the devastating prospect of not playing guitar any longer. For Linda Ronstadt, that day has already come. I saw Queen earlier this week and was struck by what Adam Lambert, Freddy’s stand-in, said about keeping music alive, “that you have keep singing it, playing it.”

Which brings me to Jon Anderson.

Jon played at The Birchmere on Aug. 5. on his 1000 Hands Tour, and he performed more than two hours of music from a new album, 1000 Hands: Chapter One (self-released in March 2019), his YES catalog, and other solo work. At 74, his talent and creativity still burn bright as this new album and show amply demonstrated.

Watch the official music video for “Makes Me Happy” by Jon Anderson on YouTube:

Jon Anderson is well known as the founder and former lead singer of YES. He was unable to perform after a 2008 respiratory illness and couldn’t return for months until after he had fully recovered. By that time, he had been replaced in YES. Many would argue that his is the only true voice of YES (an argument with which I can sympathetize), but he has carried on, and recent collaborations with Jean Luc Ponty, and subsequently with Trevor Rabin and Rick Wakeman, have proven productive.

His first solo album, Olias of Sunhillow (Atlantic Records), is regarded as a masterpiece of songwriting, performance, and recording. He’s since released 15 solo albums and collaborated a wide spectrum of musicians. Indeed, the new album reflects his collaborative nature. It was recorded over a span of 30 years and features over two dozen guest musicians.

Promptly at 8:30, over the PA system, “Ocean Song” from Olias of Sunhillow gradually filled the room. Moments later, Jon and his eight-piece band hit the stage and transitioned seamlessly into an energetic and flawlessly executed “Owner of a Lonely Heart,” the 1982 YES hit that revitalized the band’s career. Guitarist Tommy Coltan’s guitar gave the song a welcome edge and bite I’d not heard before. And so it would go throughout the evening. Some Yessongs stayed true to their original recordings but others benefited from new arrangements and chord structures that made the show much more than just an oldies recital.

The rest of the first set alternated between the older classic YES material and his solo work. Although Jon’s own solo work carries less of a “progressive” feel but alternating it and YES material worked to provide a point/counterpart to the performances that was pulled together through his powerful tenor. Only a voice as versatile as Jon’s can handle the vocal requirements of such diverse compositions.

Watch the official music video for “Ramalama” by Jon Anderson on YouTube:

On the “bigger” pieces such as “Yours Is No Disgrace,” “America,” “Starship Trooper,” or “Roundabout,” the music somehow filled the room without overwhelming it. As a result, we could pick out each individual instrument but still feel the overall gestalt of the song. For that, we can thank the band’s restraint and skill, as well as the sound system and the people who ran it.

The second set opened with another Olias song, “To the Runner” performed as a somewhat unplugged manner. Jon’s stumble on the first verse was greeted with laughter and smiles, no one upset in the least. Comparing Jon to Mozart is not a big leap. The playfulness of the lyrics and melody, as well as its circular structure, channels the same muse that fed Amadeus.

A few more YES classics gave way to a pair of tunes from the new album before Jon and company launched into an epic “Starship Trooper,” its “Wurm” coda transitioning into a brief excerpt of another Olias tune, “Solid Space,” its 43-year old lyrics providing a clue where Jon’s head is at these days.

“Hold my life, cross the path, course and curl my dreams away”

Not simply content to rest comfortably on his back catalog of classics, Jon is still driven to create compelling, pleasing music. And keep playing it. As he’s been previously quoted, “I always say — I know it sounds crazy — all the great stuff is happening now… you’ve always gotta think you’re gonna do something very spectacular now.”

Hear “Activate” by Jon Anderson from 1000 Hands on YouTube:

Here’s the setlist from Jon Anderson at the Birchmere on Aug. 5, 2019:

Jon continues the 1000 Hands Tour through September. Check dates, music and videos on his website. Here are some pictures of Jon Anderson performing at The Birchmere on Aug. 5, 2019. All photos copyright and courtesy of Mark Caicedo. 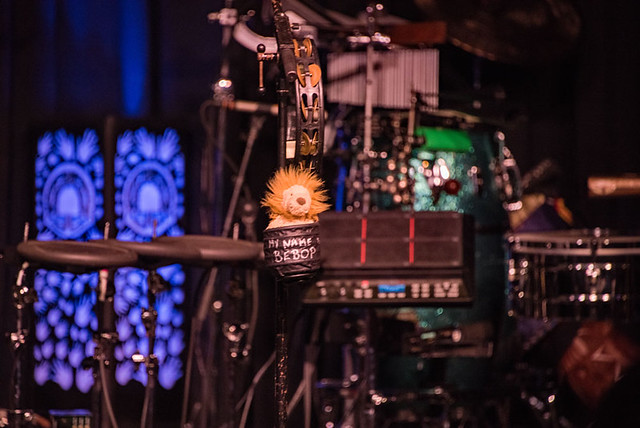 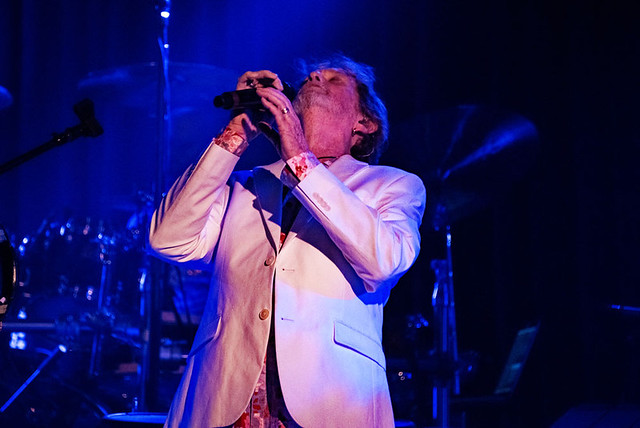 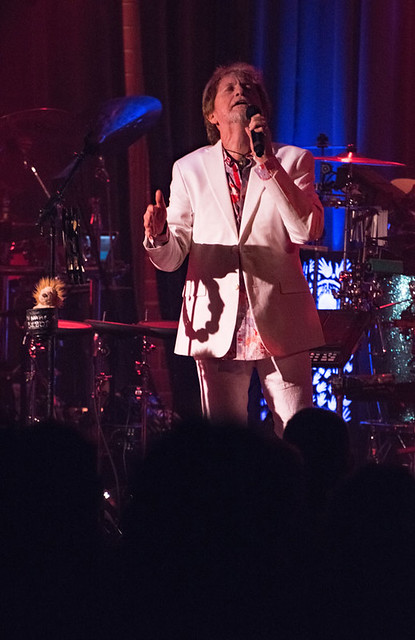 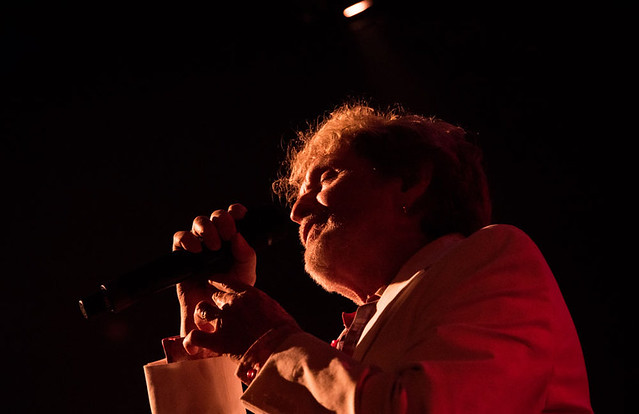 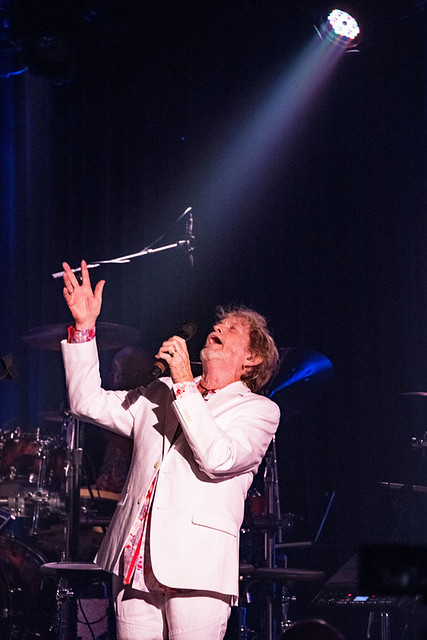 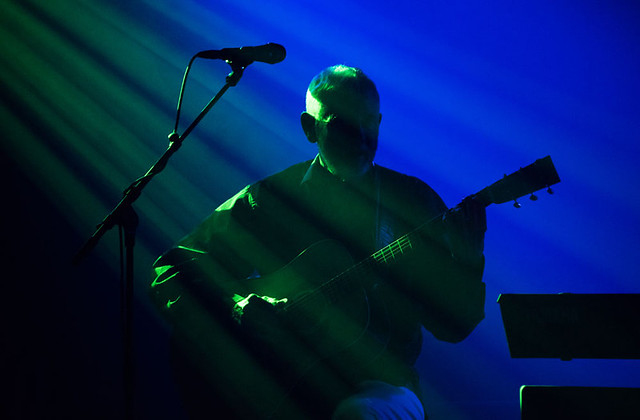 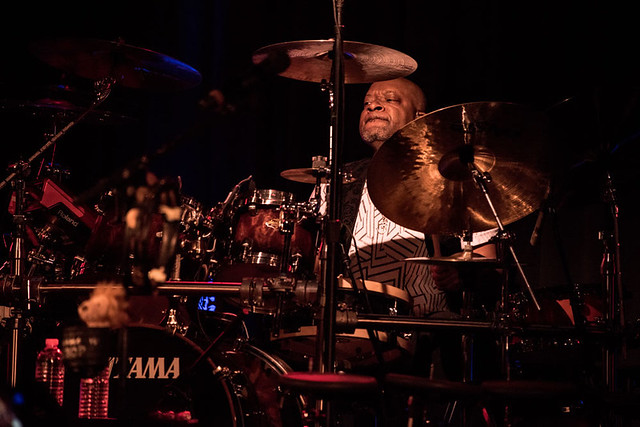 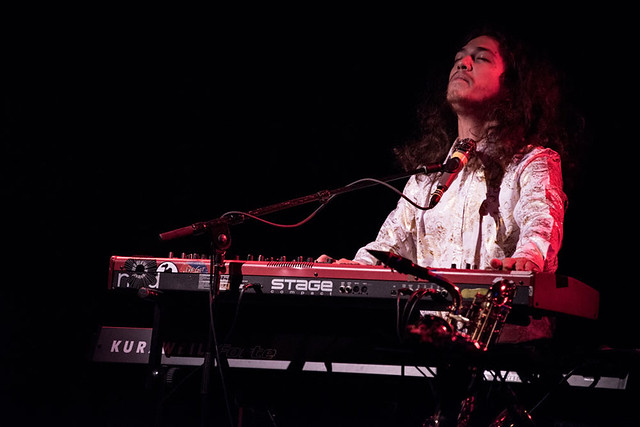 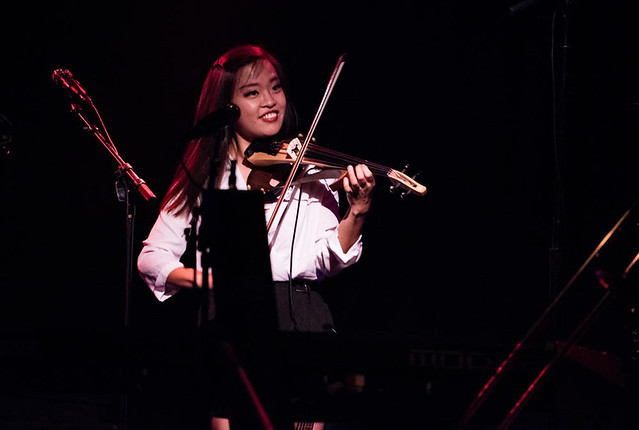 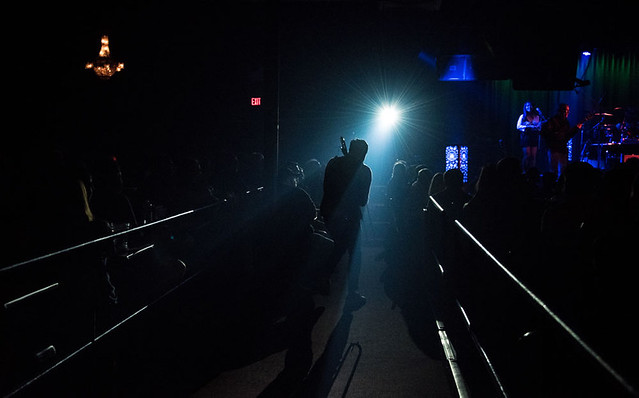 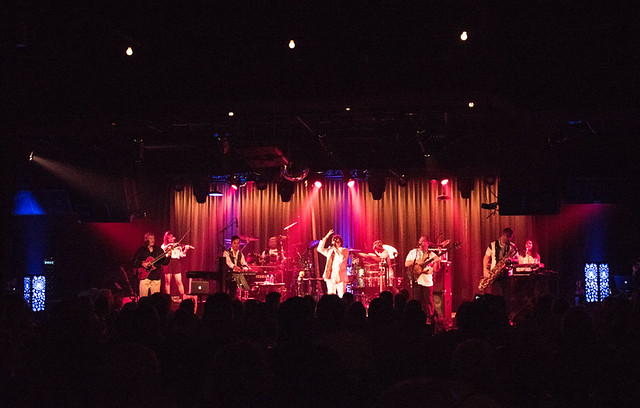 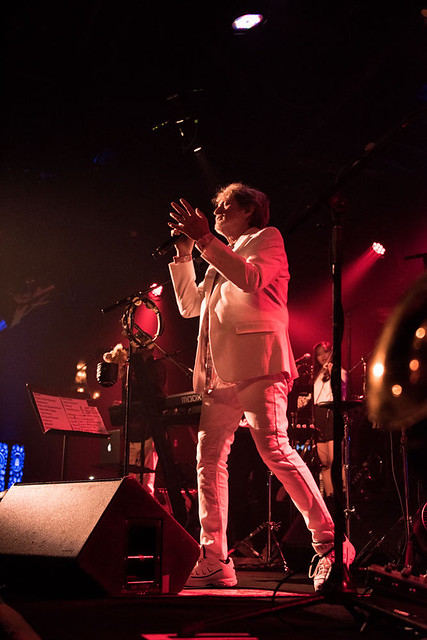 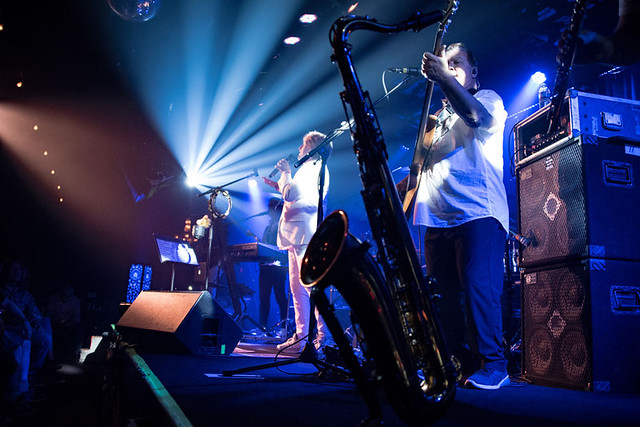 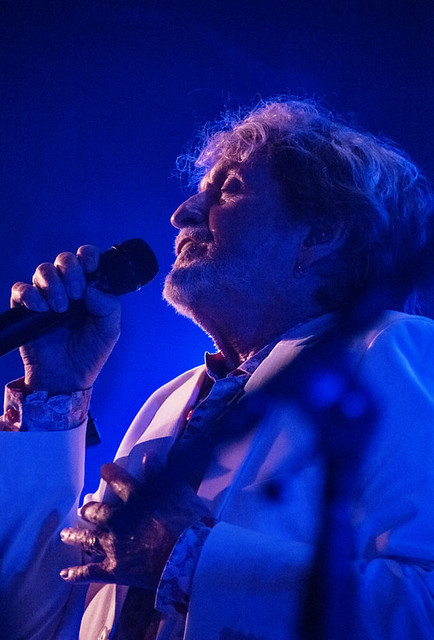 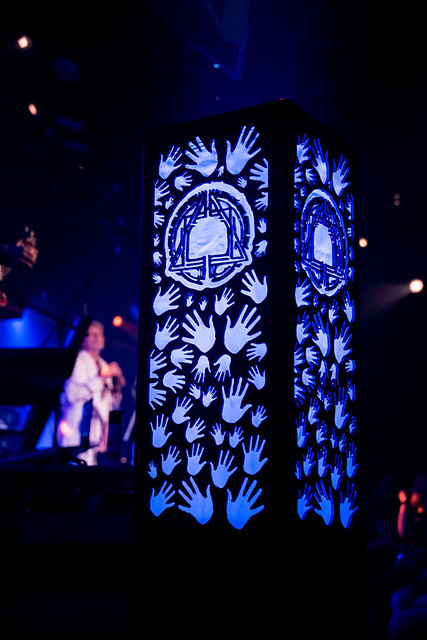 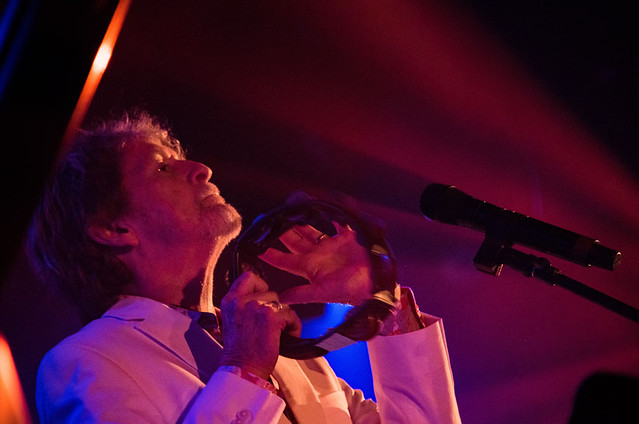 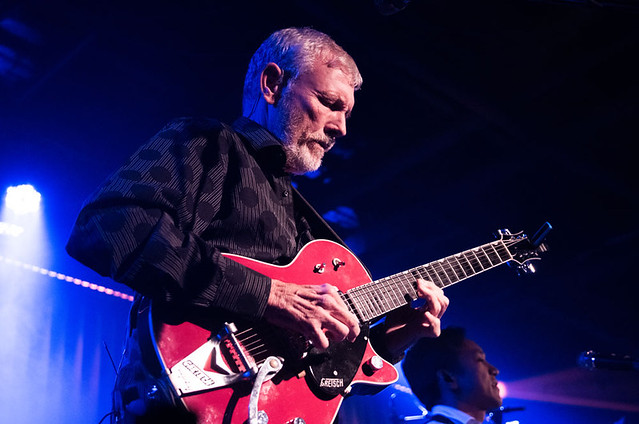 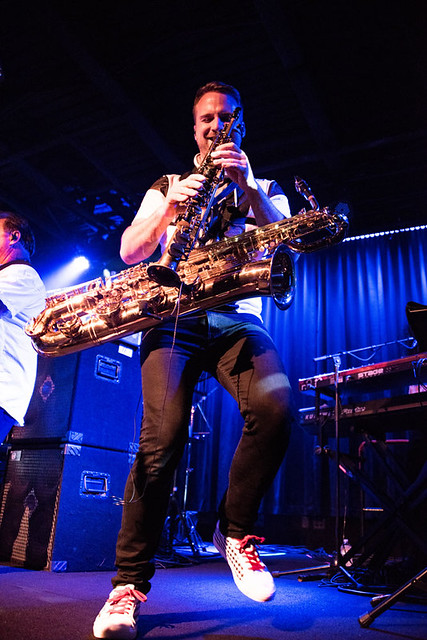 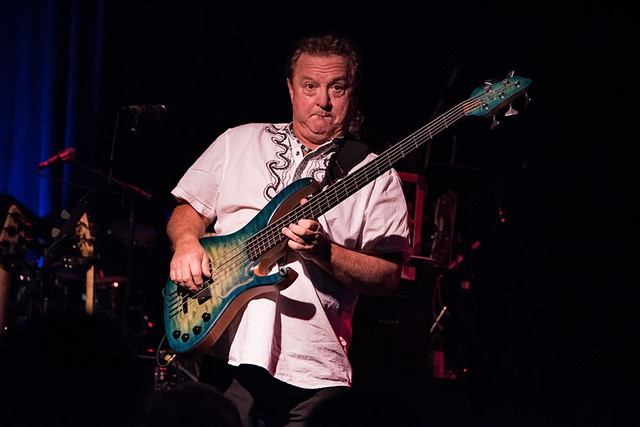 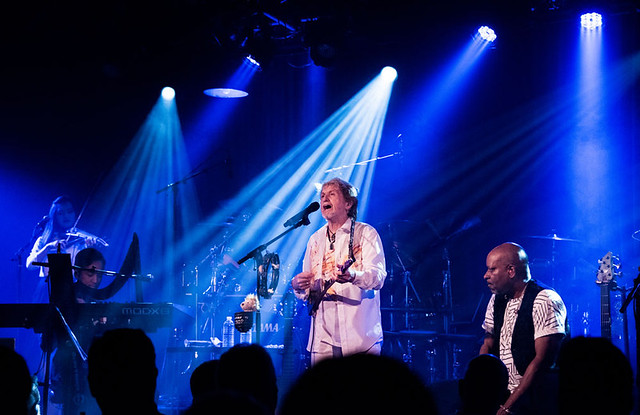 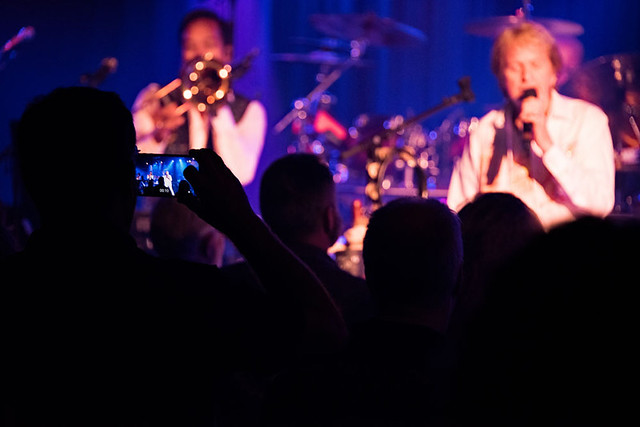 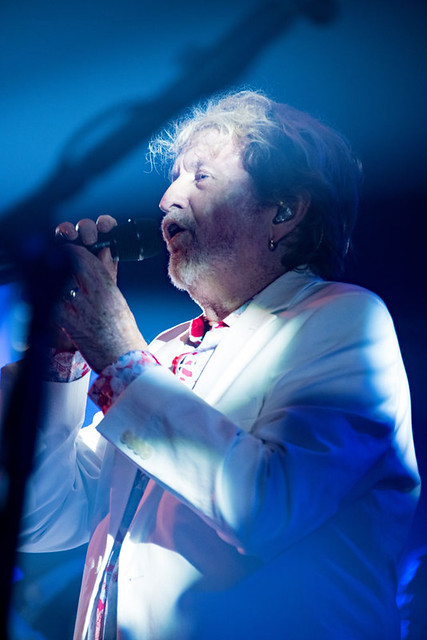 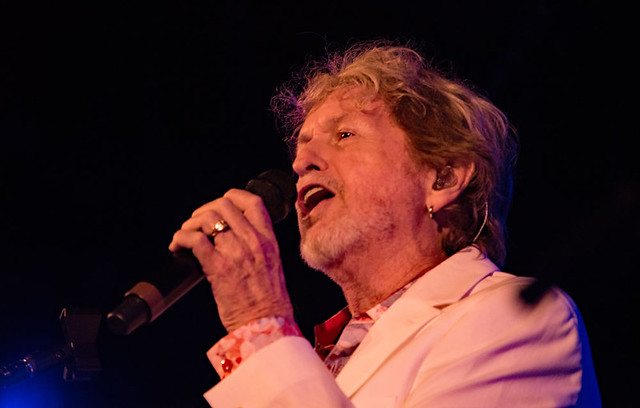