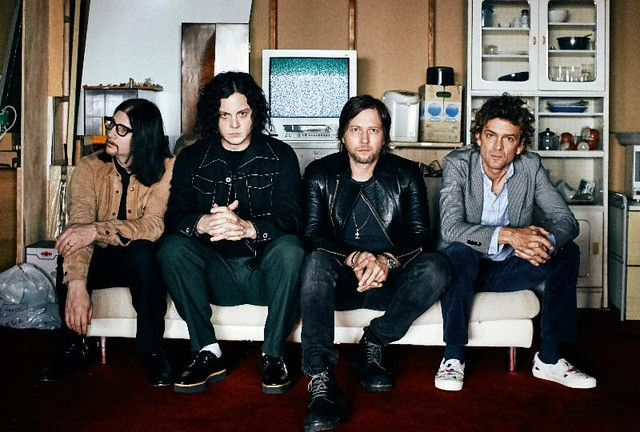 The Raconteurs reunited for a third album, releasing Help Us Stranger in June via Third Man Records! The skillful bards arrive at The Anthem to play songs new and old on Saturday, Aug. 17.

Help Us Stranger sees the mighty Raconteurs reassembled, stronger and even more vital than ever before as they continue to push rock ‘n’ roll forward into its future, bonding prodigious riffs, blues power, sinewy psychedelia, Detroit funk, and Nashville soul via Brendan Benson and Jack White’s uncompromising songcraft and the band’s steadfast musical muscle.

Watch the Raconteurs perform “Bored and Razed” live on The Late Show with Stephen Colbert in June:

“There’s but one reason to explain the return of the Raconteurs after such a lengthy absence: it appears Jack White is ready to have some fun again,” Zack wrote. “From the first notes of opener ‘Bored and Razed,’ it’s clear that the mood on Help Us Stranger is an overwhelmingly playful one. You can sense the giddiness on ‘Razed,’ where frenzied guitars carry the moment and the band’s metropolitan muse, Detroit, gets an early shout-out.”