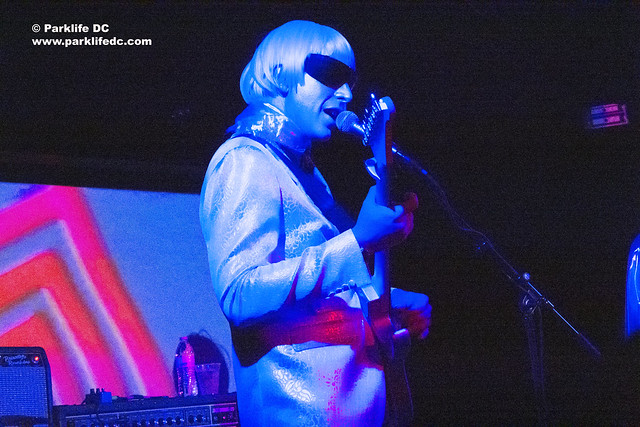 When I first saw Drab Majesty, I admittedly wasn’t 100 percent open to what the duo were doing. Clad in impenetrable makeup and reaching into a mentally calculcated genre of music, Drab Majesty struck me as a bit too artificial and maybe too confining.

After seeing them again at Union Stage recently touring on third album Modern Mirror, I embraced the concept more and if nothing else, gained a deeper appreciation for the splendor of Drab Majesty’s music.

Let’s recap! A musician named Andrew Clinco dressed himself in neon fashion, dubbed himself Deb Demure, and made admittedly very lovely synthpop melodies. He took to vocals and guitar after starting Drab Majesty and recruited Alex Nicolaou, who dressed similarly and called himself Mona D to play synths and also sing.

While the melodies were undeniably new wave, The Demonstration, Drab Majesty’s second album, was far too concerned about death — dark wave indeed. Already transmitting a message that I wasn’t receiving, the cloak of androgyny seemed a bit too forced to me when first I saw Drab Majesty on their never-ending 2017-2018 tour.

After that tour, the duo took a break and went to Greece, where they were inspired to create something sunnier. I have to say the resulting third album, Modern Mirror, turned out to be much more approachable for me, and I increasingly became also accepting of the glittery tableau rasa presented by the duo’s live act.

On Aug. 8 at Union Stage, Drab Majesty opened with “A Dialogue,” a stream-of-consciousness back-and-forth on desire that really quite charmed myself and a nearly sold-out concert hall. The music, although still seemingly deliberately mined from a specific inspiration circa 1981-1982, was buoyant and welcoming.

The androgynous stage dress now struck me as similar to Daft Punk’s robot act in a way — it’s partly what you make of it. Should the singer be male or female? Is this you or someone you know? A person or a dream? Should they serve as a projection of your own thoughts or loneliness? Or does it matter? Is this a universal state? And if so, well, shouldn’t we look damn dapper while making this art — and heaven forbid, making you think?

Of roughly 13 songs, Drab Majesty took seven from Modern Mirror, and those songs proved the standouts. The duo transitioned into “The Other Side” and soon to “Oxytocin.” At the end of the show, Drab Majesty performed “Out of Sequence,” the closing track of the new record. It’s a bit of a challenge to live in the now and embrace yourself really, or so the song goes. It fits quit neatly next to songs of broken hearts like the album’s standout “Long Division.” It is a sincere compliment when I say the lyrical content could have sprung from the likes of Naked Eyes or Scritti Politti. “Out of Sequence” could close a John Landis movie.

Drab Majesty didn’t forget The Demonstration — and they played five songs from the record including two in the encore, “Kissing the Ground” and “Too Soon to Tell” — to the delight of the audience. Maybe it’s because I “get it” better, but the songs of The Demonstration certainly seemed to fit into a bigger whole alongside Modern Mirror, and I too left the show pleased and reflective. (How often can you say a show makes you think about life?)

Along with Drab Majesty, openers Body of Light and Hide also were well received albeit very different acts. Body of Light’s Alex and Andrew Jarson perform as a traditional synthpop duo — one on vocals and one on synths — and their melodic music was quite accessible.

Hide, by contrast, was an electronic duo but a dark one where Seth Sher hid away on synths and Heather Gabel danced and rasped through pained expressions in pitch black. Body of Light seemed the more natural opener for Drab Majesty, but Hide added some variety to the sonic landscape, and the crowd was honestly excited to see them.

As for Drab Majesty, the duo remain on a US tour through Aug. 30, when they close in San Francisco, then they go to Europe, where they will undoubtedly find larger audiences waiting for them on this tour (as they did here).

Here are some pictures of Drab Majesty performing at Union Stage on Aug. 8, 2019. All photos copyright and courtesy of Mickey McCarter 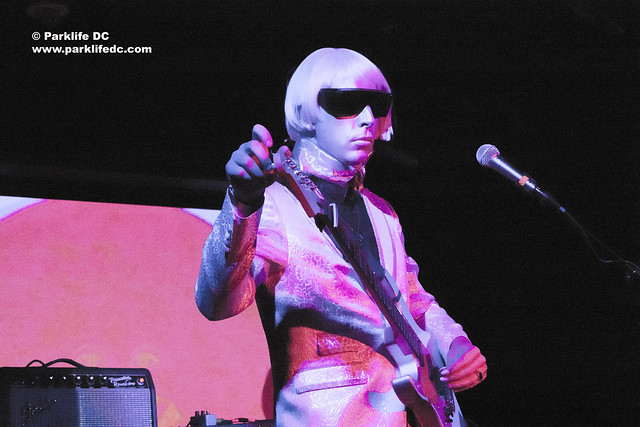 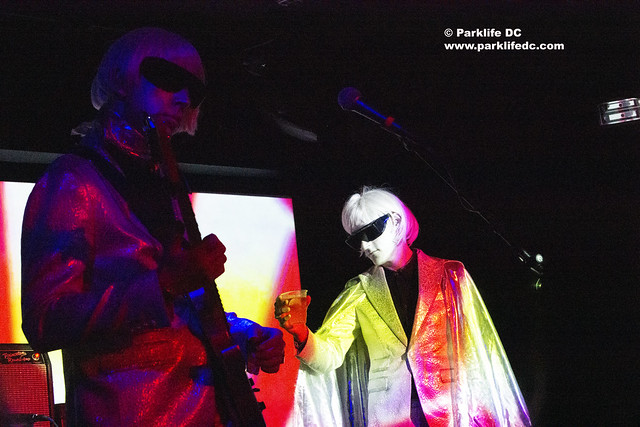 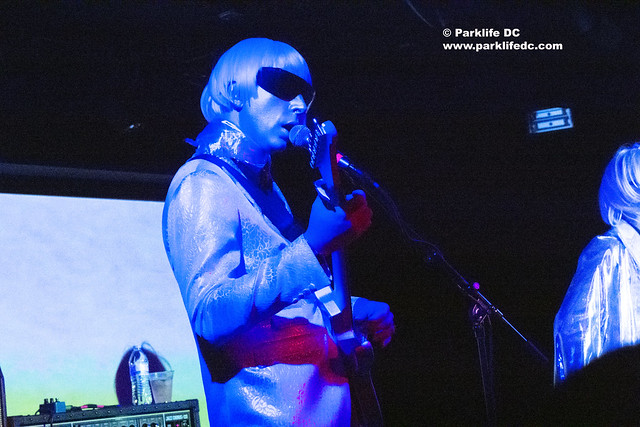 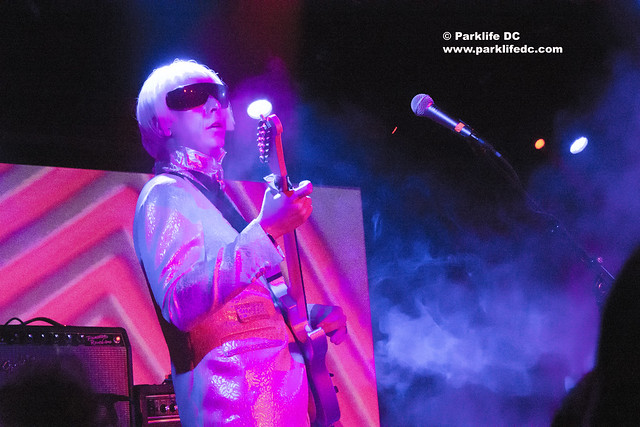 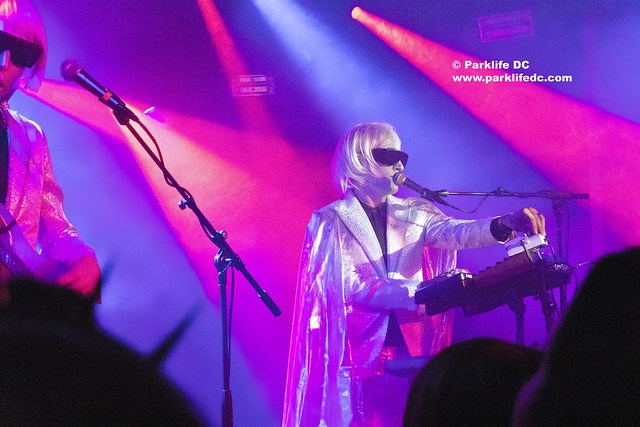 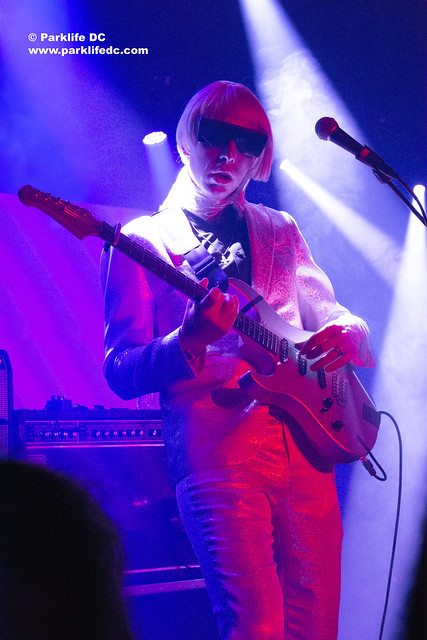 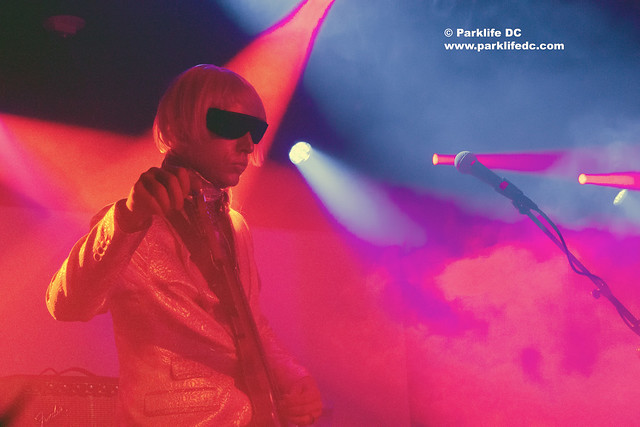 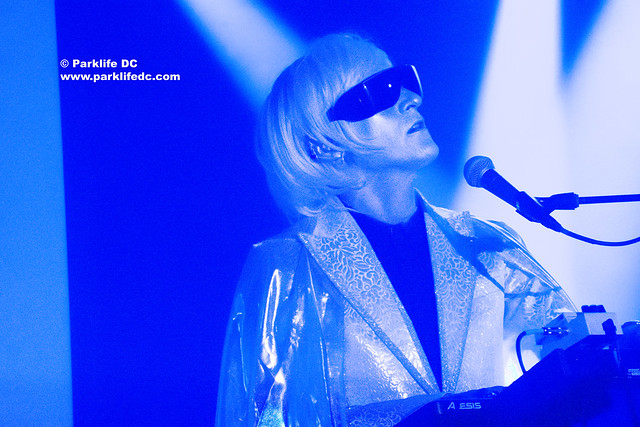 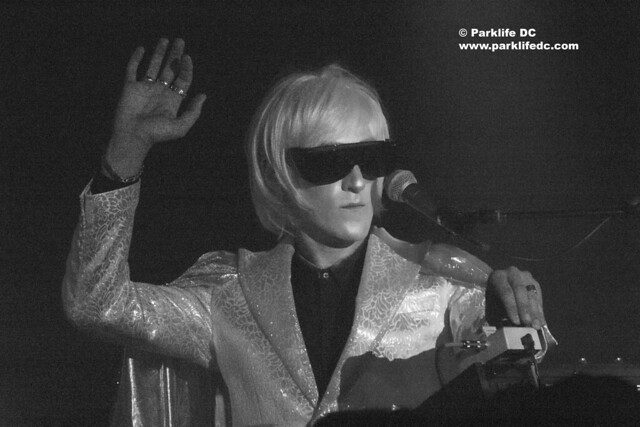 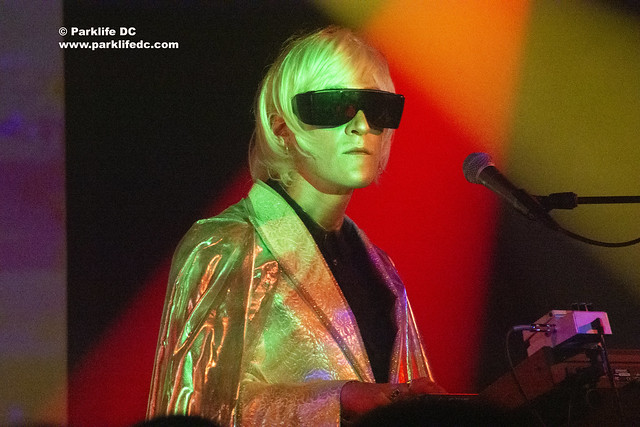 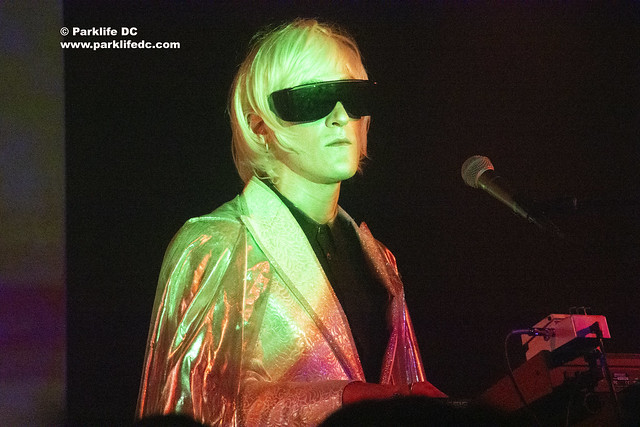 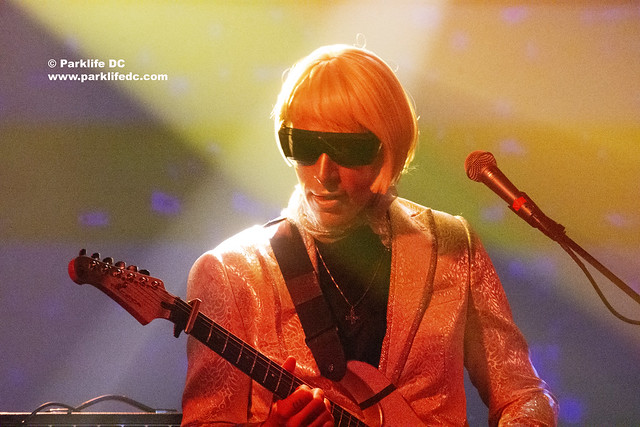 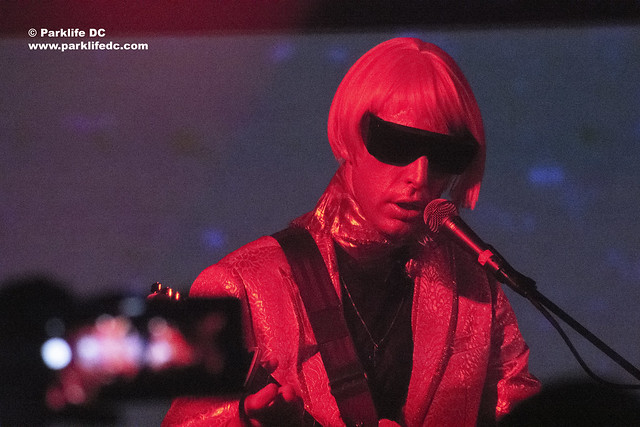 Here are a few pictures of Hide performing at Union Stage on Aug. 8, 2019. 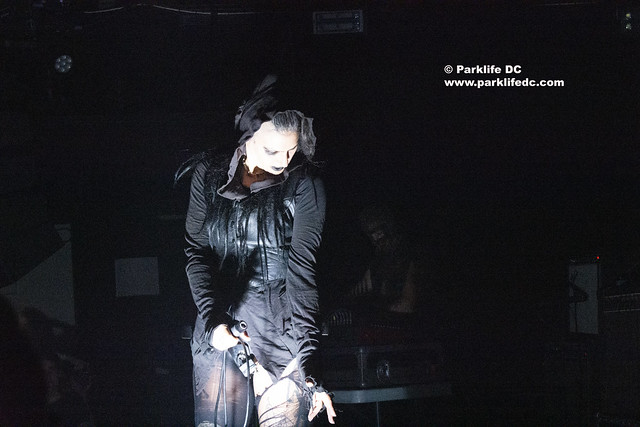 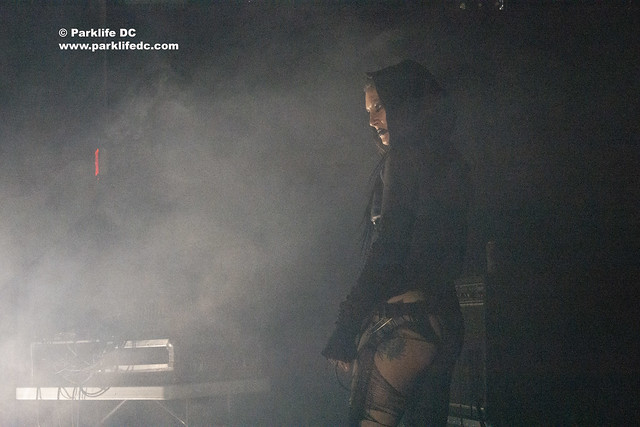 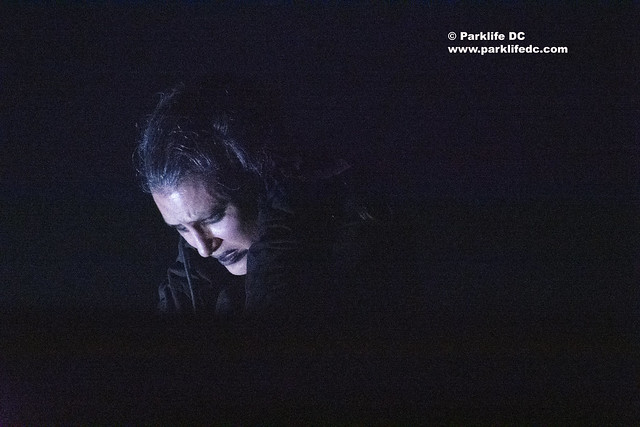 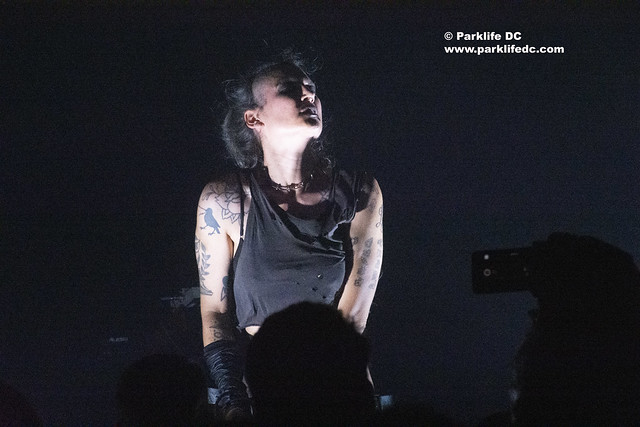 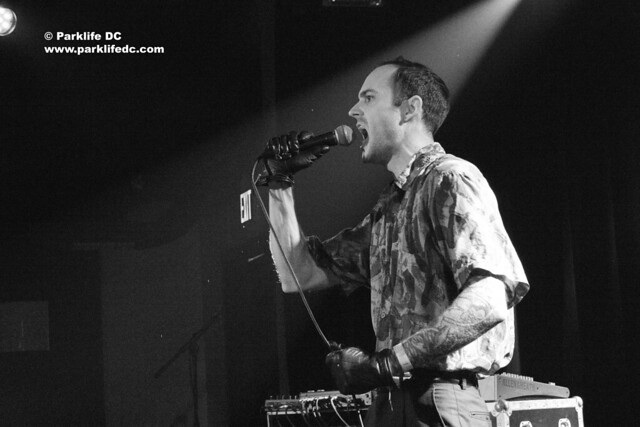 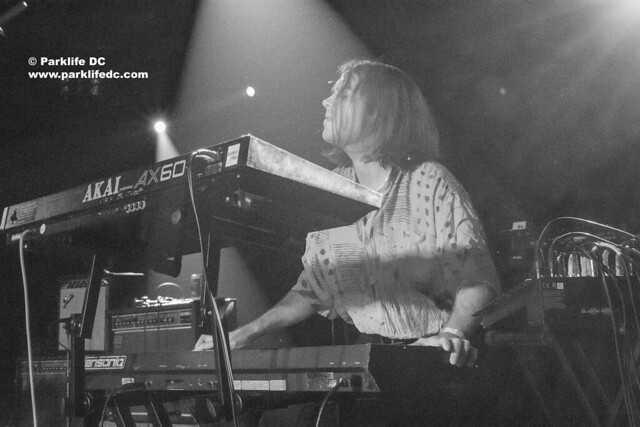 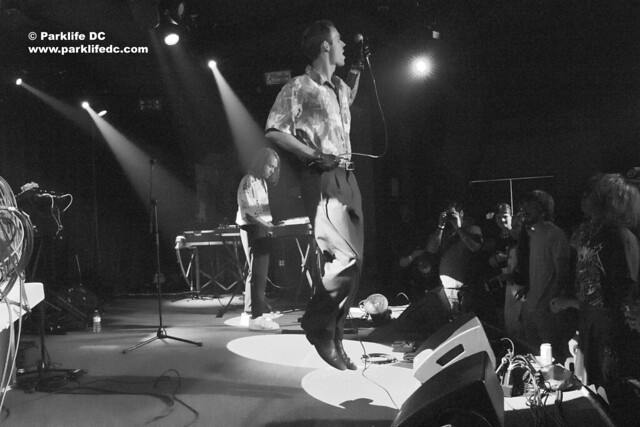 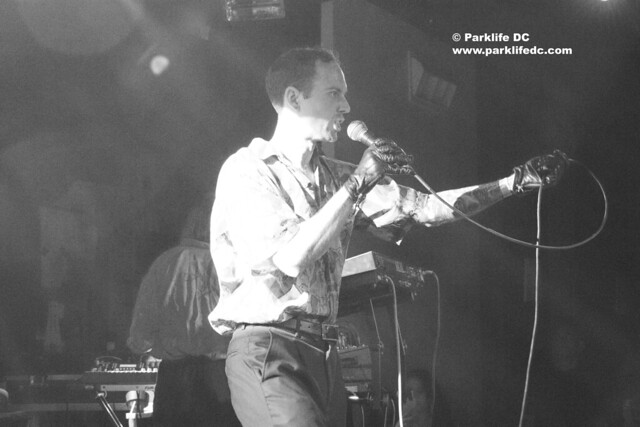 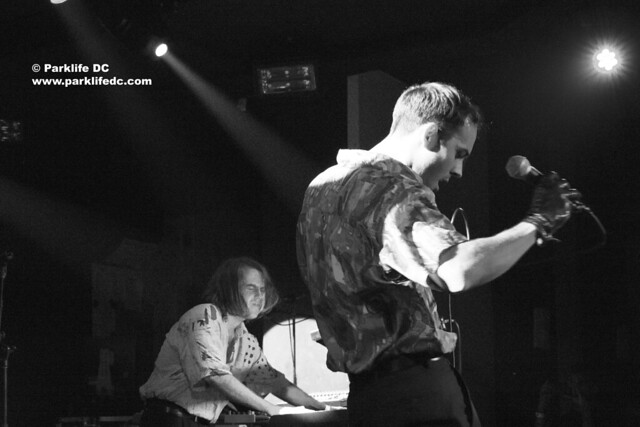 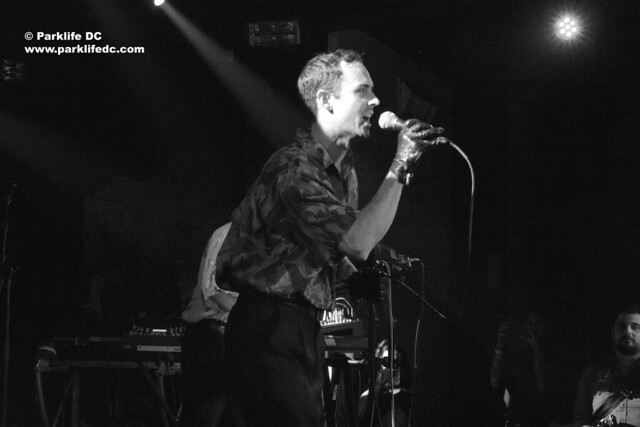