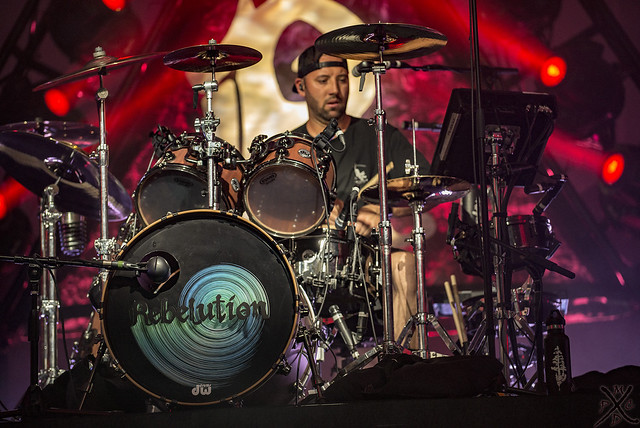 With a pristine sunset over the Inner Harbor as a backdrop, Rebelution brought their good vibes and good times to MECU Pavilion for their Baltimore stop on their headlining Good Vibes Summer 2019 Tour. The good vibes were apparent as they radiated throughout the lawn, the pavilion, the stage — basically the entire venue. 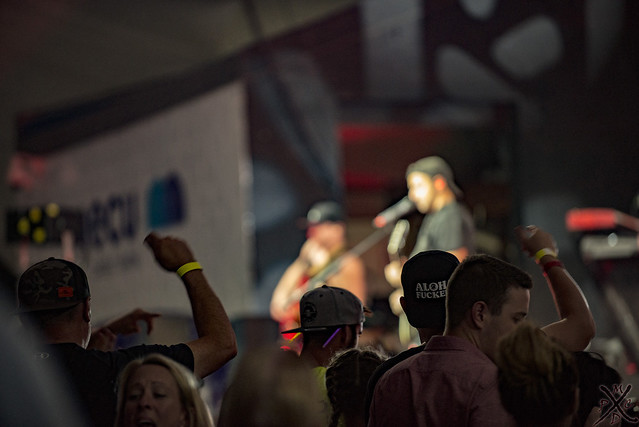 After Baltimore’s Ballyhoo, and Collie Buddz from New Orleans, by way of Bermuda, took the stage — punctuated by dj sets from DJ Mackle in between acts — Rebelution opened up with “De-Stress” to kick off a set which contained material from all of their released studio albums up to and including their latest release, Free Reign.

While the rock-influenced reggae band from Santa Barbara is primarily a quartet, the sound they produce in a live setting is incredibly full. Rebelution’s live sound is rounded out with the addition of Kyle Ahern, Zach Meyerowitz, and Eric Hirschhorn. 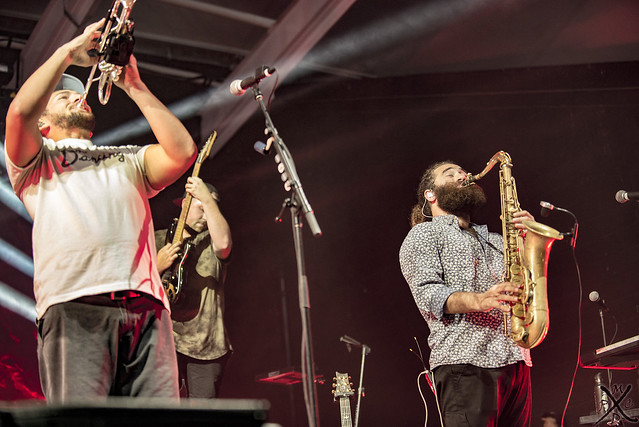 Zach Meyerowitz mostly played trumpet while holding down backing vocals, although a lackadaisical blink of an eye could miss the multi-instrumentalist picking up a guitar to jam out on a few tunes. Harder to miss was Eric Hirschhorn (and his hair) running over to return to keyboard duties on the other side of the stage after blessing fans with an out of this world sax solo. 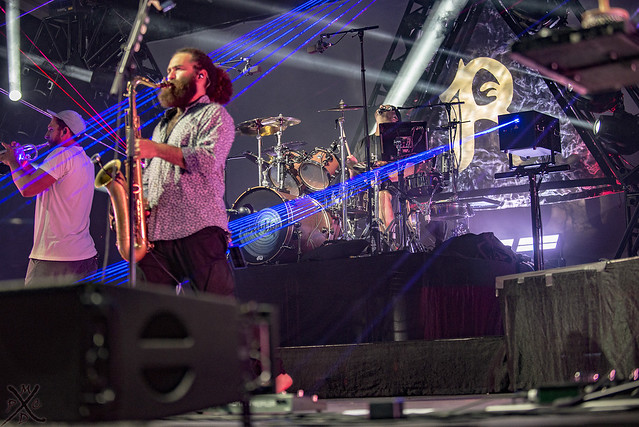 The multi-instrumentalist talents of both Zach and Eric helped to give songs like “Celebrate” and “Trap Door” the same energy which was captured on the studio versions found on Free Reign.

It was during the harmonizing guitar solo of “Change the System” (with lead singer/guitarist Eric Rachmany) and the shredding outro of “Outta Control” that Kyle especially stepped out and commanded the stage with breathtaking precision and blinding speed. In fact, it was immediately after “Outta Control” that the band decided to follow up with “Feeling Alright” and slow things down a bit and allow everyone to pick their jaws up off the ground and continue singing along. 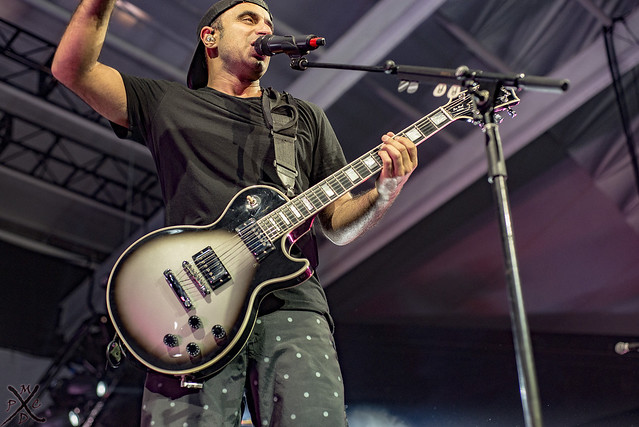 Not to be left out of the fun, Collie Buddz returned to the stage to help sing “Hate to Be the One” and blow the roof of the place. 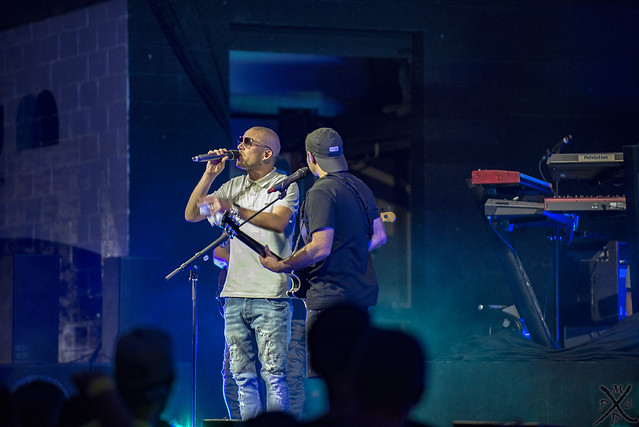 What’s a reggae band without a rhythm section? I wouldn’t know — drummer Wes Finley and Marley D. Williams on bass maintained the groove all night with subtle intricacies and flourishes to keep things fresh. Offering assistance with equal parts rhythm and melody, keyboardist Rory Carey neatly tied everything together. 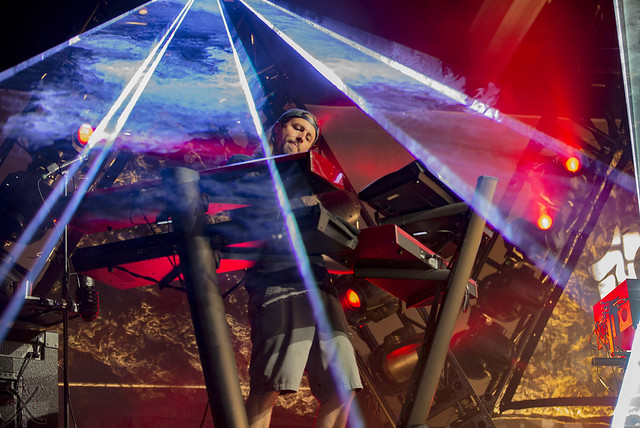 Check out more photos of Rebelution at MECU Pavilion on Aug. 8, 2019. All photos copyright and courtesy of Rashad Polk. 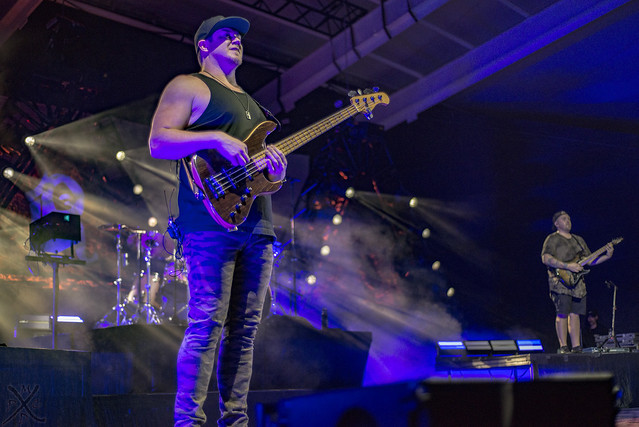 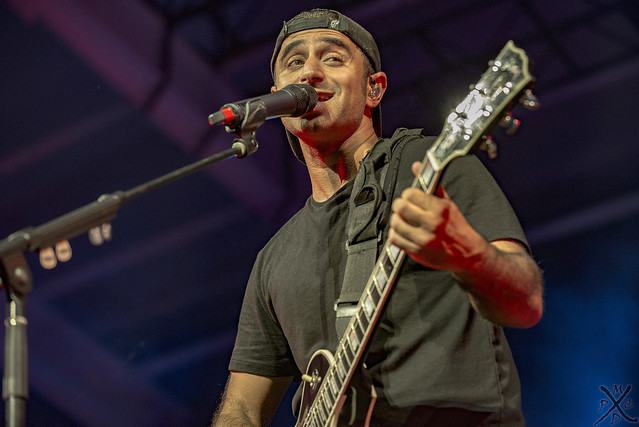 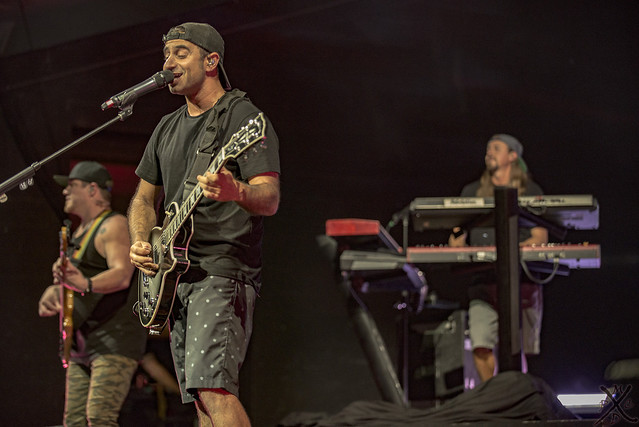 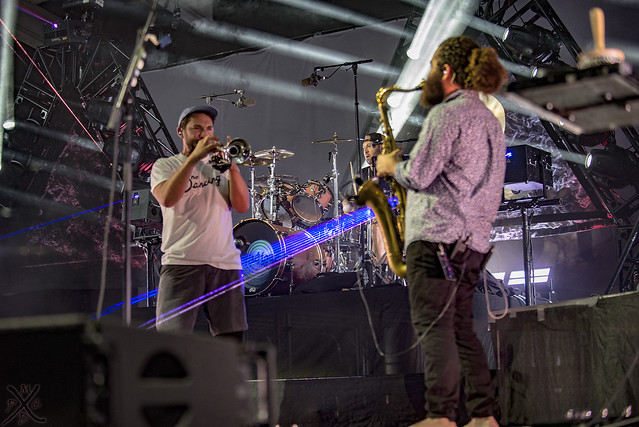 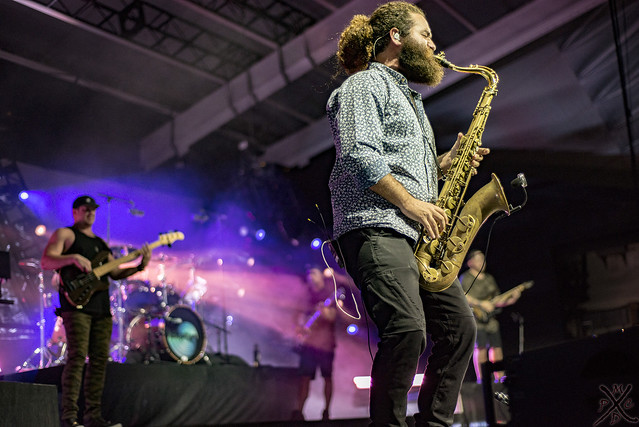 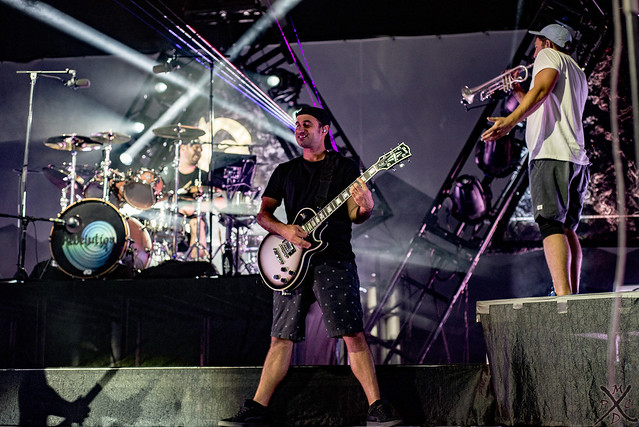 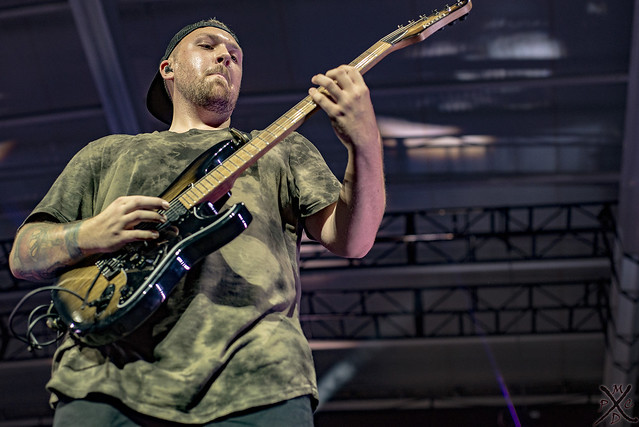 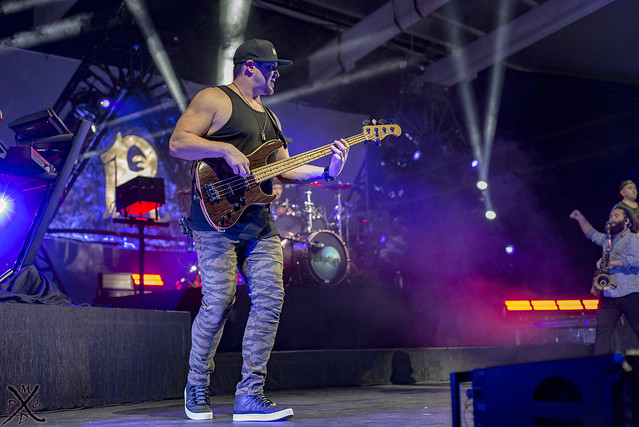 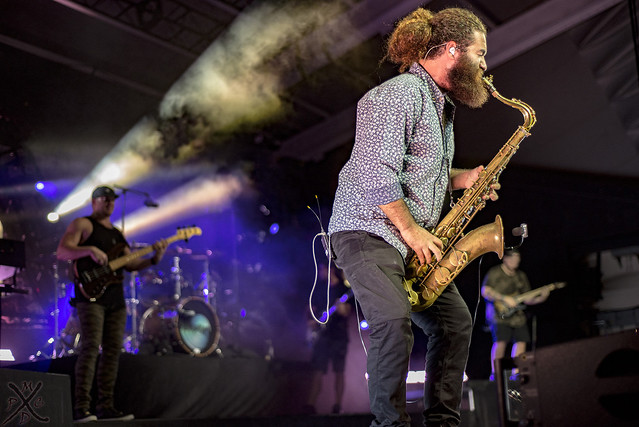