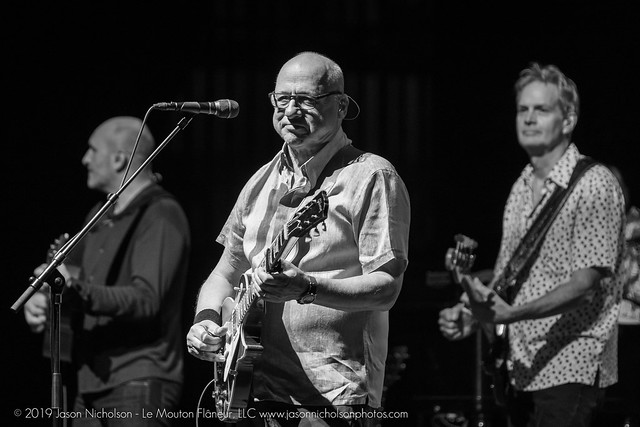 Mark Knopfler, former frontman of Dire Straits, released Down the Road Wherever, his ninth solo studio album, last year. He dropped by Wolf Trap on a solo tour Sunday, and Jason Nicholson took some pictures!

In announcing the Down the Road Wherever Tour, Mark emphasized the importance of touring for him. “My songs are made to be performed live,” Mark said. “I love the whole process of writing them alone and then recording them with the band, but ultimately the best part is playing them to an audience live. I enjoy the whole circus, traveling from town to town and interacting with this group of players is a total pleasure. I’m really looking forward to it.”

Stream Down The Road Wherever by Mark Knopfler on Spotify:

Down the Road Wherever featured 14 new songs. At Wolf Trap on Aug. 18, Mark performed 17 numbers total, only two of which were lifted from the new record — “My Bacon Roll” and “Matchstick Man.” The audience of course was pleased to hear Mark sing no less than five songs from Dire Straits, most notably “Romeo and Juliet” and “Money for Nothing,” the latter of which appeared as the first encore.

Mark remains on a North American Tour, crossing the United States and Canada to arrive in Los Angeles on Sept. 22, but then he circles back to NYC for a Sept. 25 date. Catch him live when you can! Find all tour dates on Mark Knopfler’s website.

Here are some pictures of Mark Knopfler performing at Wolf Trap on Aug. 18, 2019. All photos copyright and courtesy of Jason Nicholson. 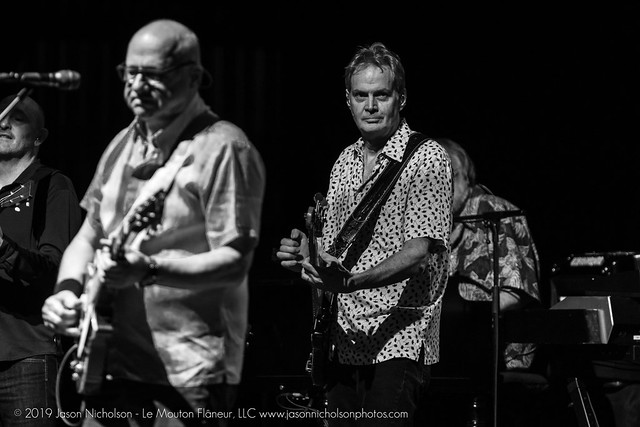 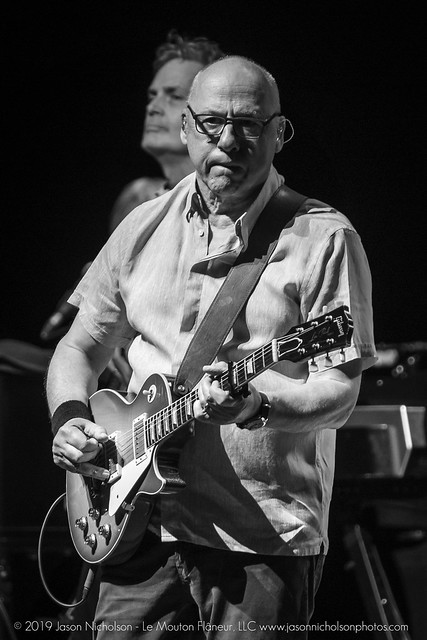 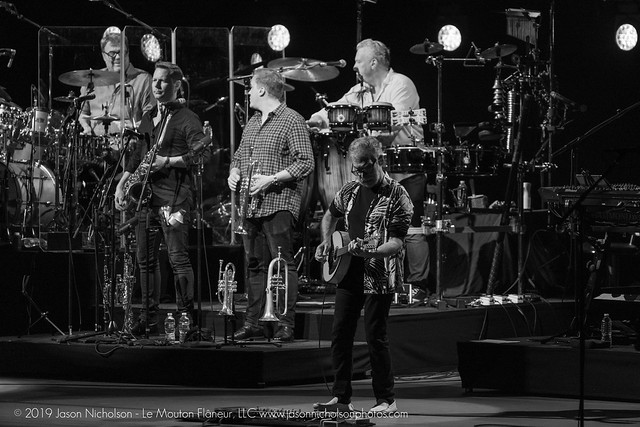 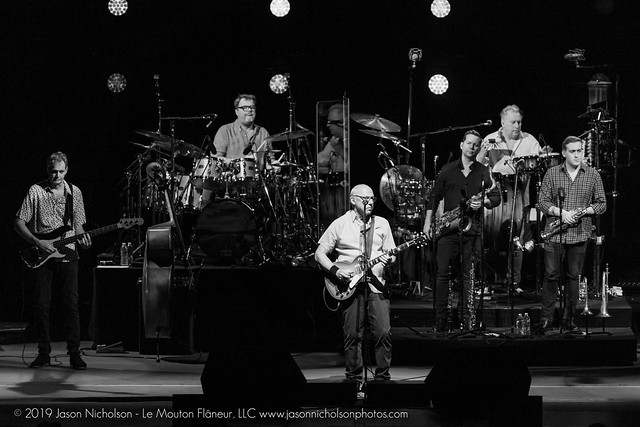 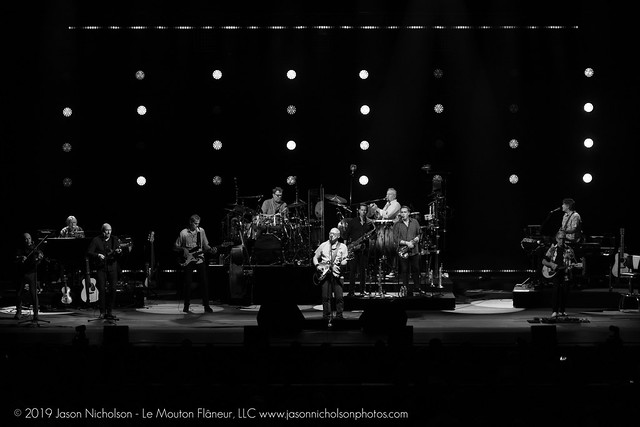 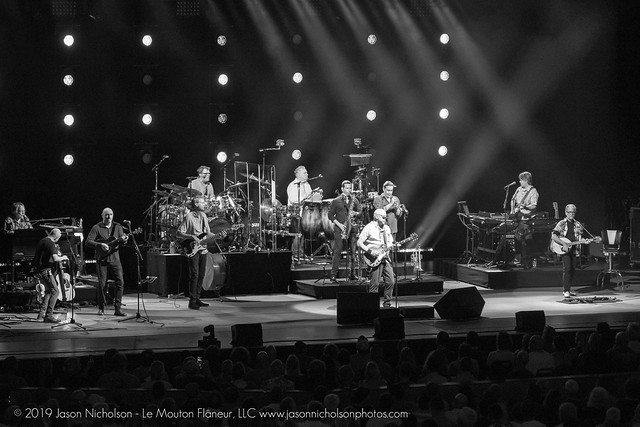 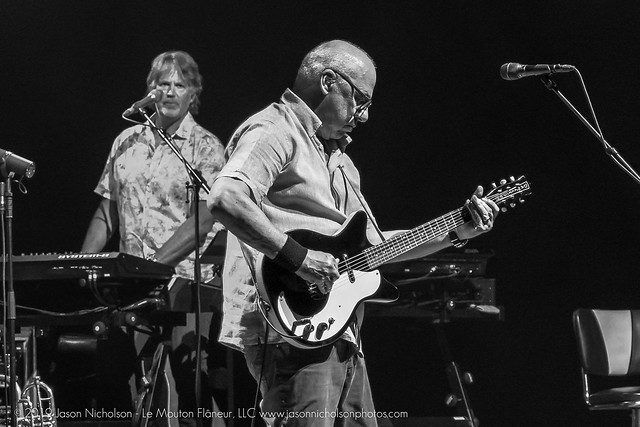 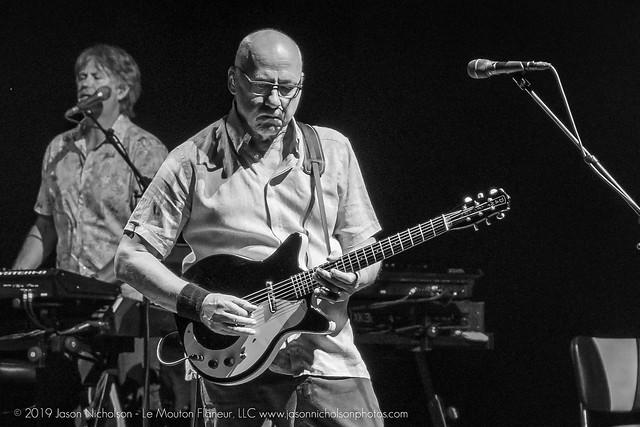 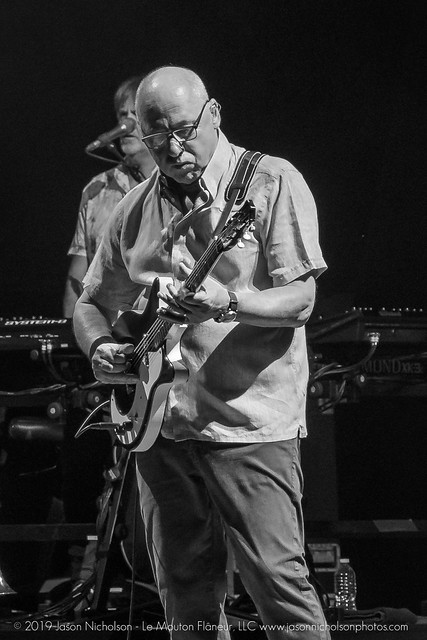 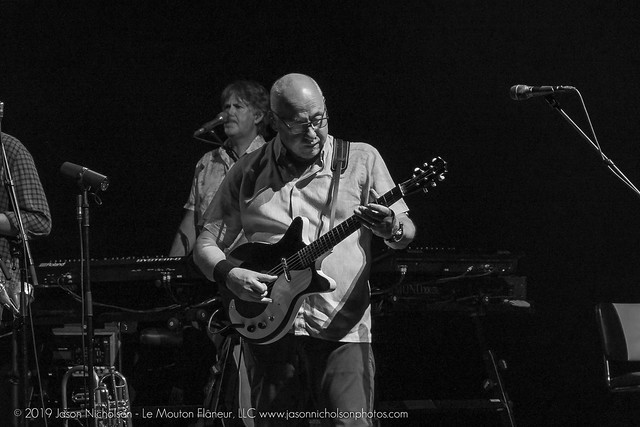 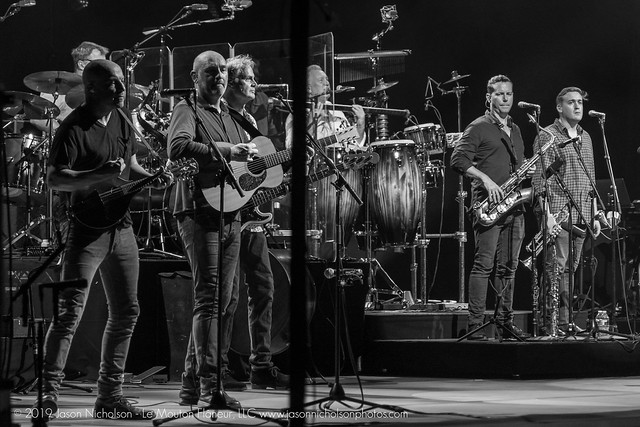