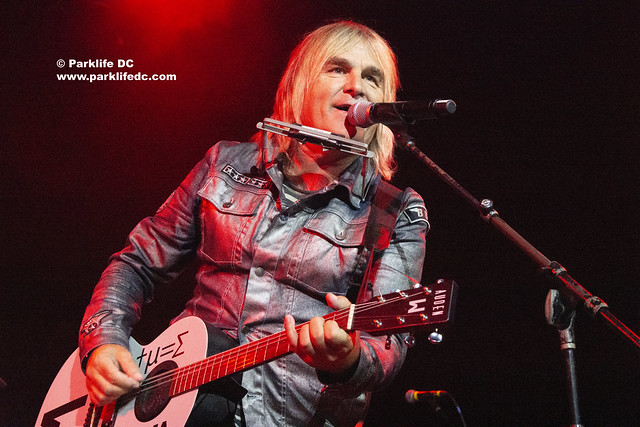 On the Sigma LXXXV Tour at the State Theatre on Aug. 25, The Alarm opened the show with “Blood Red Viral Black” from the new record, as Mike rocked from one side of the stage to another as he swung his guitar into the air. The dynamic songman has lost none of his vitality since forming the first incarnation of The Alarm in 1981. His current roster of bandmates seem hand-picked for their look as much as their deep musical talent — storied James Stevenson on bass has been in a host of punk and post-punk bands, drummer Steve Barnard has a deep alt rock pedigree, and keyboardist Jules Jones Peters is also Mike’s wife.

Stream Sigma by The Alarm on Spotify:

As a unit, The Alarm came together seamlessly, proving their mettle right away with a personal favorite — “The Stand” — taken from the debut 1984 album by the band. The inspirational swell of the song, brimming with dramatic vigor, provided each of the four members of The Alarm with the opportunity to blow the audience away at the sold-out show.

But as fantastic as the band as a whole were, Mike remained the most fascinating player upon the stage as he frenetically pounded on his guitar, zipped into his harmonica, and danced with a gleeful intensity. Mike was controlled chaos, calculated recklessness — he brought physical and vocal power to bear on a host of songs intended to inspire and resonate. And he succeeded on sheer force of will alone, but he was aided in the task by smarty crafted numbers that could carry his bravado, his whimsy, and his heart.

The most anticipated of those songs included standout hits from The Alarm, which the band played with the reverence the audience sought. The Alarm ended the main set with two fine selections from 1985’s Strength — the title track and “Spirit of ’76,” both battle cries for sure. But they sandwiched the wondrous “Rain in the Summertime” from 1987’s Eye of the Hurricane in between those two numbers, a rousing song of awakening that has become as much a signature tune for the band as “Sixty Eight Guns.”

“Sixty Eight Guns” of course appeared in the show’s encore. If you know The Alarm, you already know the stirring power of that song’s call to arms. You won’t need to imagine 800 people singing along as they did at the State Theatre, because everyone in earshot will sing along as boisterously as possible.

Through Sept. 8, The Alarm remain on the road as they head south to wrap the tour in St. Petersburg, Florida. Mike and company are in mighty fine shape indeed, and you will not find a better evening of entertainment than a bill that includes The Alarm, Modern English, and Jay Aston’s Gene Loves Jezebel. Go out of your way for this one!

Here are some pictures of The Alarm performing at the State Theater in Falls, Church, Virginia, on Aug. 25, 2019. All photos copyright Mickey McCarter. 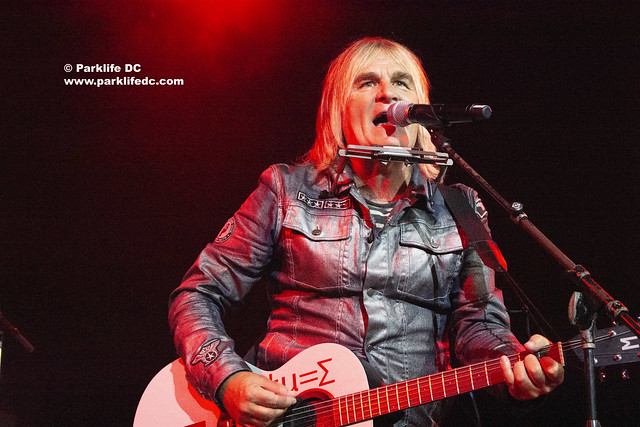 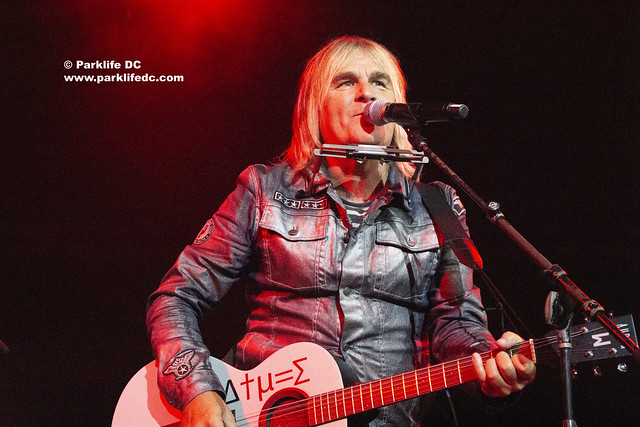 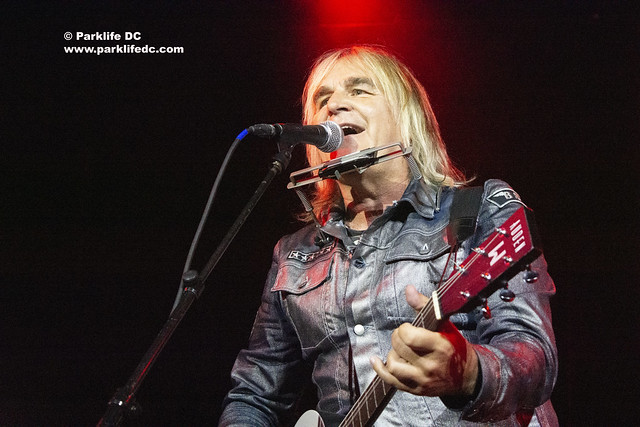 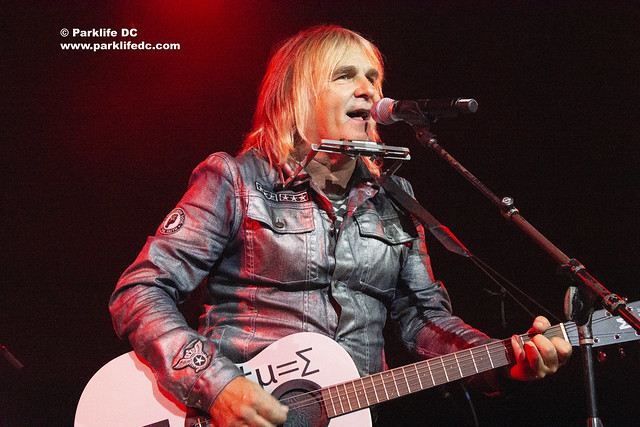 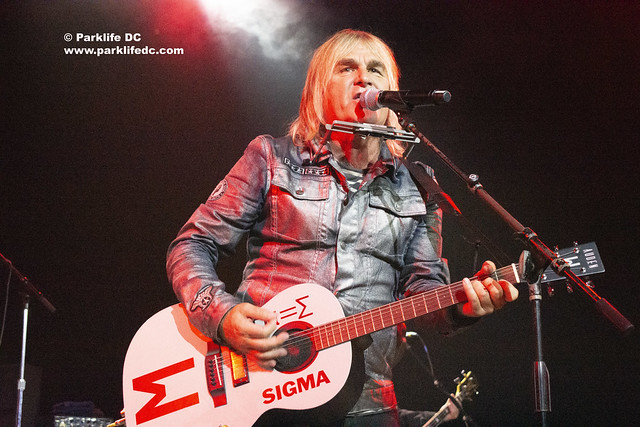 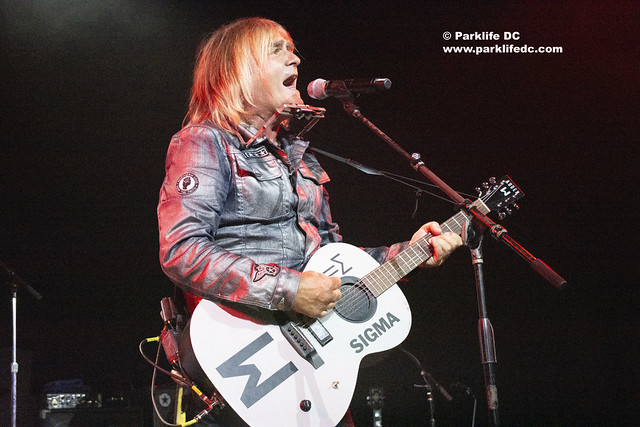 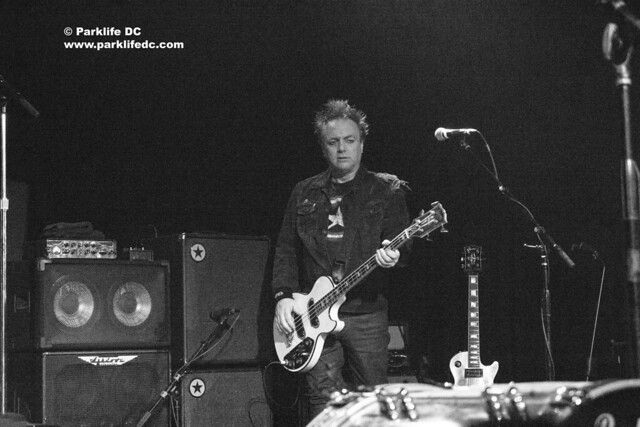 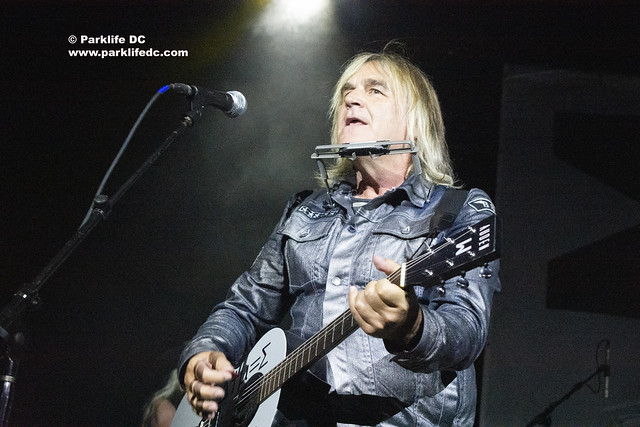 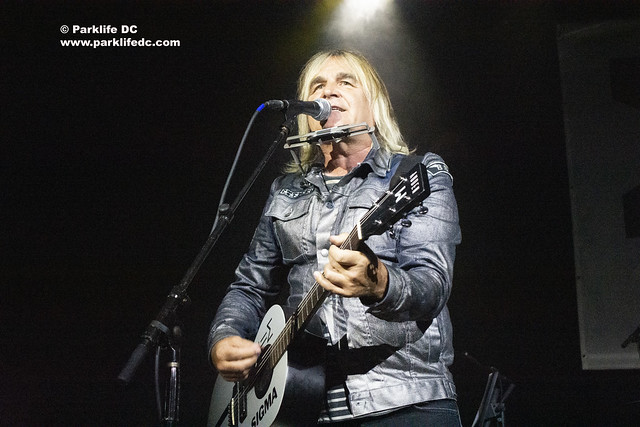 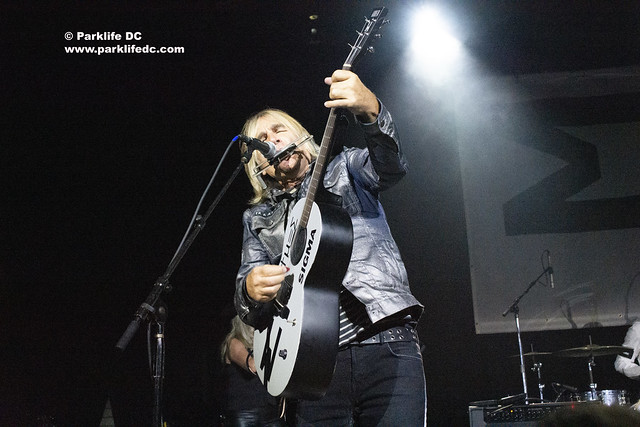 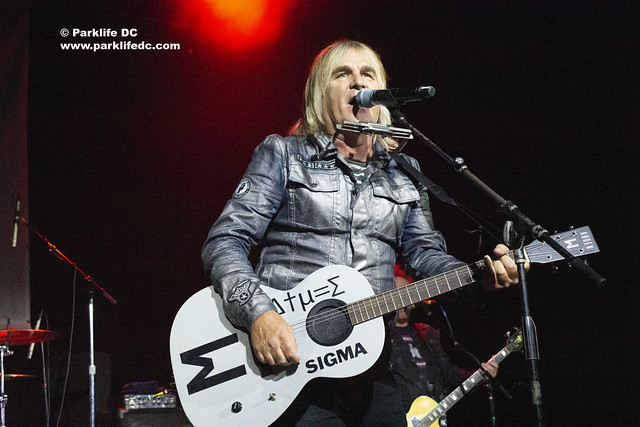 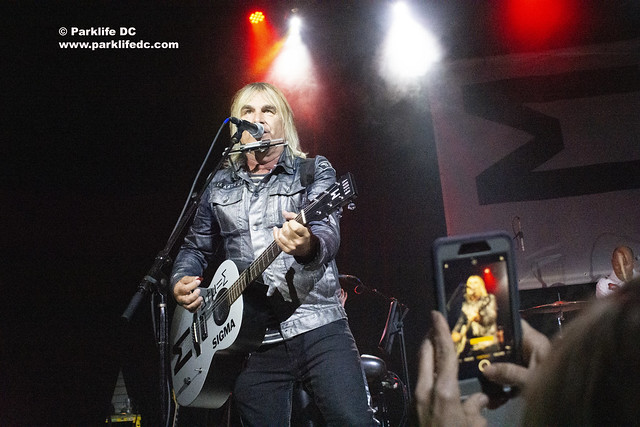 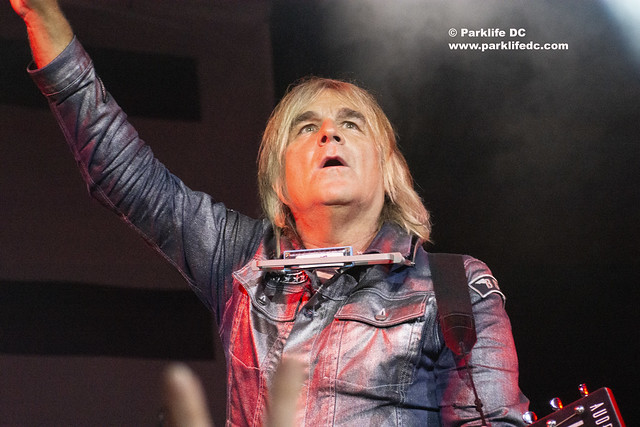 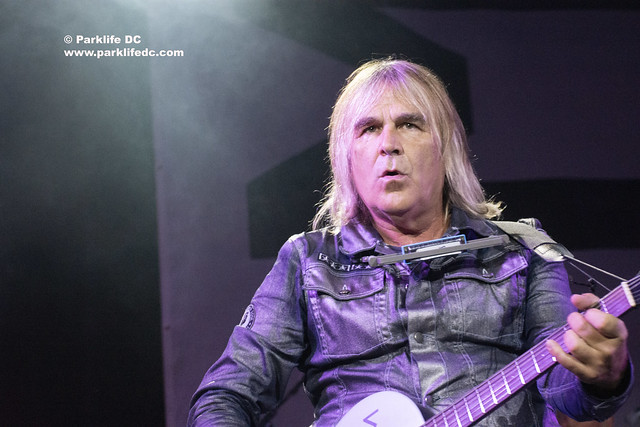 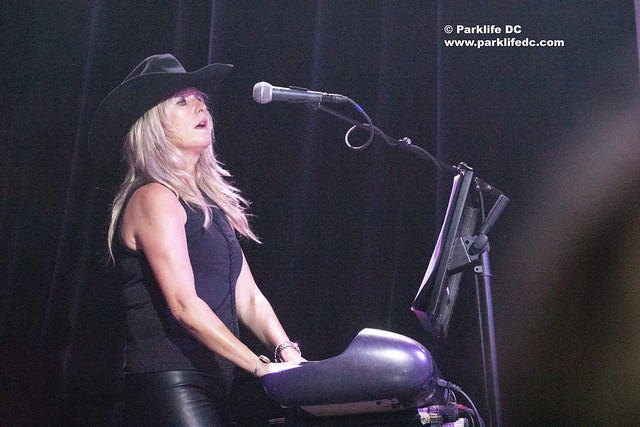 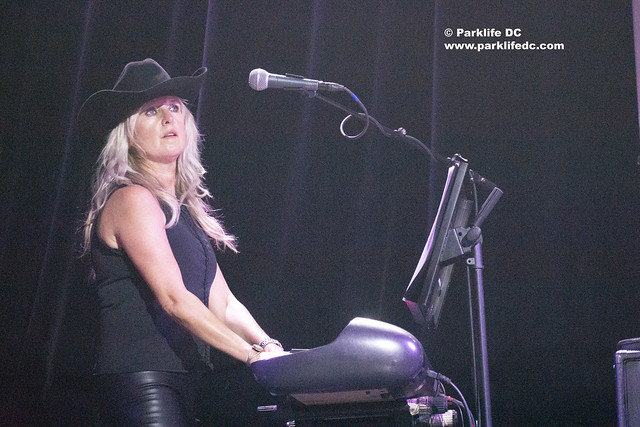 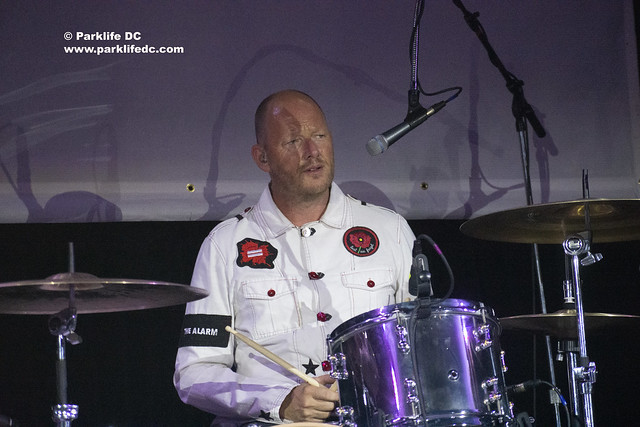 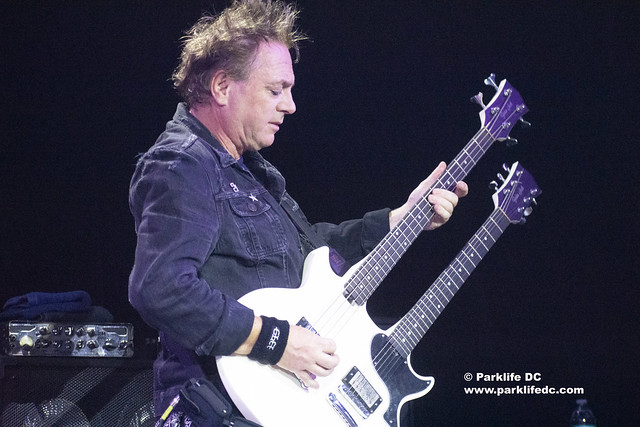 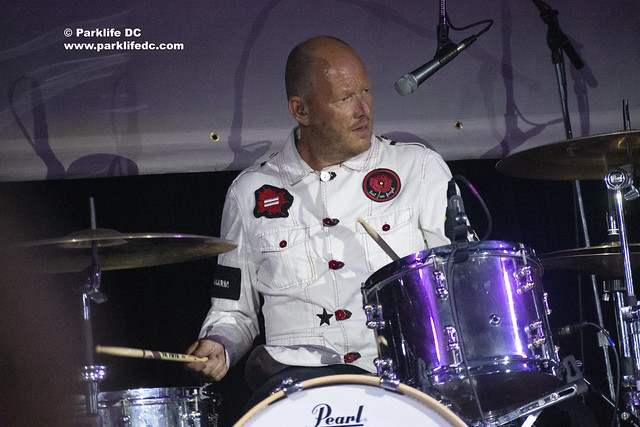 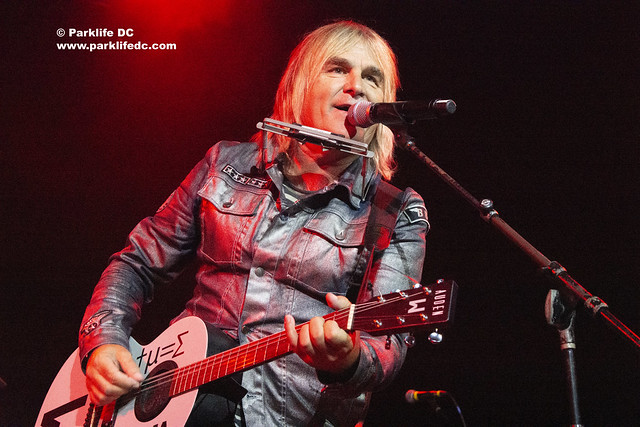