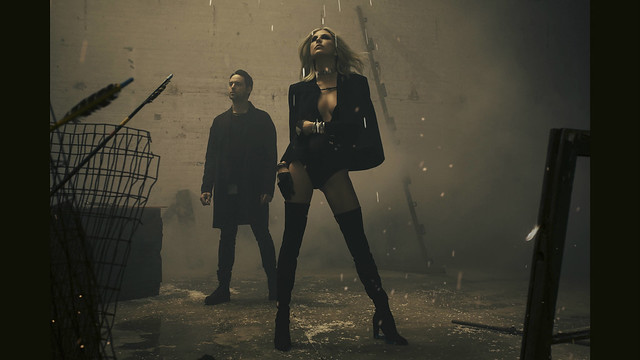 Trip hop duo Phantogram last released a studio album, Three, in 2016. But Josh Carter (vocals, guitar) and Sarah Barthel (vocals, keyboards) have been steadily dropping singles via Republic Records recently, and they drop by The Anthem on Friday, Sept. 6, during a stop on a 25-date touring trek.

Although Phantogram have not yet announced a new record, the band released several singles this year, including “Into Happiness.” In a statement, Phantogram said “Into Happiness” “embodies the personal journey that both of us have taken since we released Three; it’s been a long path, coming out of the darkness and into the light.”

Watch the official music video for “Into Happiness” by Phantogram on YouTube:

In a recap for Stereogum, Keely Quinlan expressed excitement for new music to come from Phantogram, saying “Into Happiness” appears to mark an emotional shift.

“The new song is much brighter, yet still features some of the more legibly Phantogram motifs like warbling atmosphere and layers of synth work. It truly does feel like the start of something new, even as it embraces the some of those same themes that dominated Three,” Keely said.