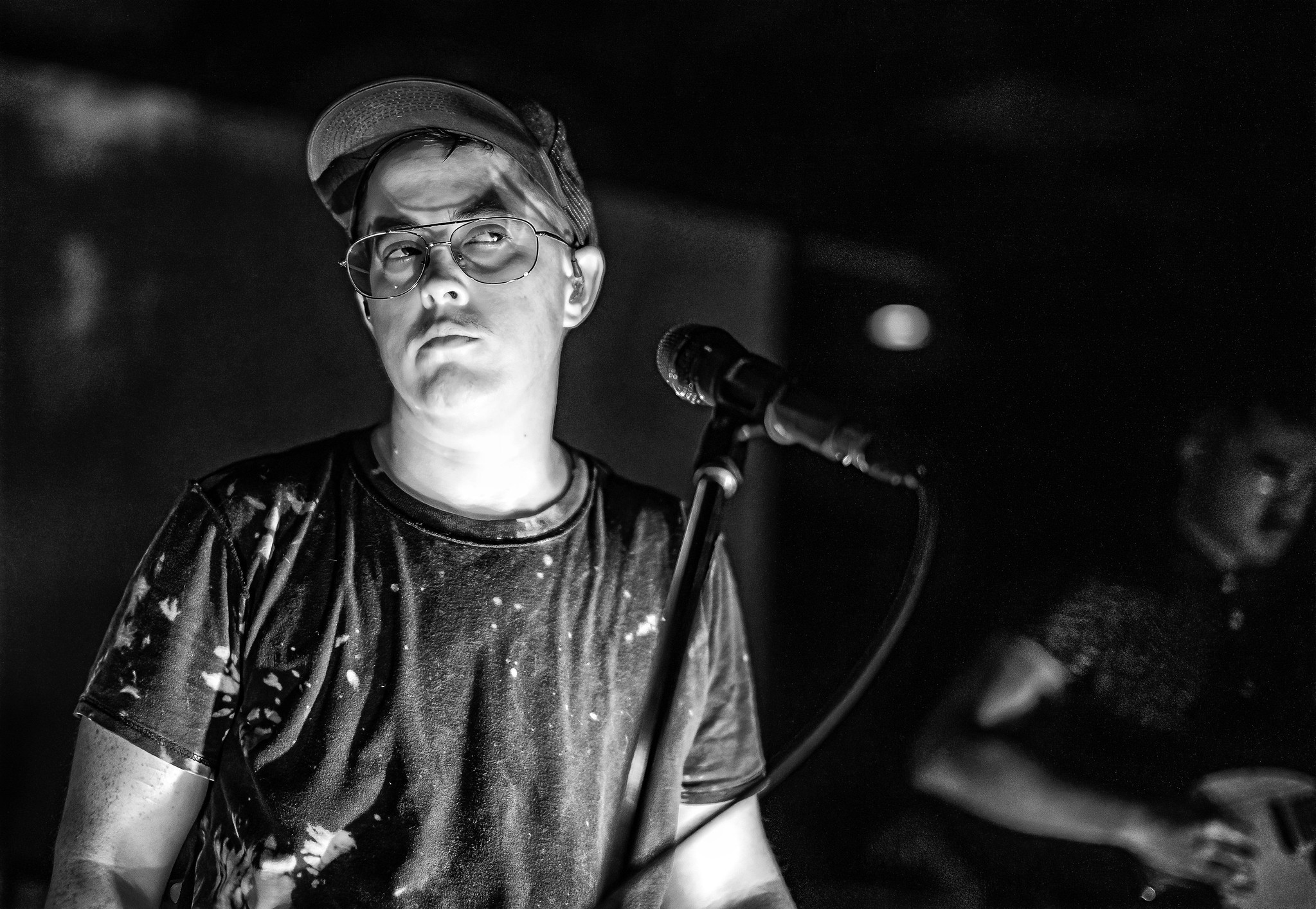 Lower Dens brings the love to Rituals on Sept. 1, 2019. (Photo by David LaMason)

Although it’s only been four years in between albums and only three years since I saw them perform last, I really missed Lower Dens. They covered the gap recently in a show at Ritual in Baltimore.

The last time I had seen them perform, Jana Hunter (vocals/guitar) and Nate Nelson (drums/synths/samples) had performed as a duo at the Rock and Roll Hotel, and I had no idea that it would be the last time I’d see them until Sunday, when they played the second night of a two-night special set of shows that saw the the band with a new album, The Competition, being released that week, and the beginning of a tour through the Fall.

After releasing singles “Young Republicans” and “I Drive” as tastes of what is in store for the new album, it was clear that this band has not only expanded the sound that kept me wearing out the grooves on albums like Escape from Evil and Nootropics but it’s one that seems both personal and topical and both at the same time.

One of the many things I love about Lower Dens is their focus on local artists or more specifically using that voice to highlight so much of what Baltimore offers in talent and unique sounds. Sunday night at Rituals (located in the same physical space as Wind Up Space, which closed this Spring) was no exception with a hypnotic set by Ami Dang (whose own record release was that night) and a DJ set by the talented Trillnatured.

Just like the first night, Sunday’s show was sold out with eager fans hoping to hear the new Lower Dens record. And we weren’t disappointed, as Jana, Nate, and a guitar player came onto the stage and played several brand new songs, starting with the latest single, “Galapagos.” Jana’s songwriting has always been the strong — I can put on a Lower Dens record and just listen on repeat without it feeling repetitious — and these new songs I feel are even stronger.

Slightly different than when I had seen them in the past, Jana took over the microphone as the other two members backed him up as he provided an unencumbered and emotional performance.

I hadn’t been to this space in some time, but it felt like Lower Dens was bringing it back home and the people there that night were, in a sense, family.

Lower Dens has started a new tour that kicked off with these shows at Rituals. They’ll be coming back to the DC area, opening at The Anthem on Wednesday, Sept. 4! Definitely catch them there or other upcoming dates here.

Buy your tickets for Of Monsters and Men at The Anthem on Sept. 4, and catch opening act Lower Dens!

Here are some more photos of Lower Dens performing at Rituals on Sept. 1, 2019. All photos copyright and courtesy of David LaMason.