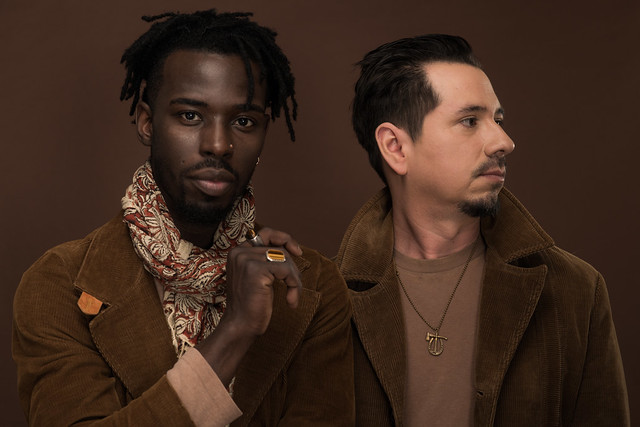 After making their name during a residency at C-Boys in Austin that quickly became “the hottest party in town” (Austin-American Statesman) on the back of Burton’s “whirlwind of movement and gesture” (Chicago Tribune), Black Pumas have emerged not only as a live juggernaut but an incredibly capable and creative studio band. Across 10 tracks on the debut album, the band brings together woozy Ghostface Killah instrumentals, Motown rhythms, and the introspective grandeur of dusty highway folk-rock to create what Uncut calls “a soul explosion.”

Eric “testifies with conviction, embodies roles ranging from troubled everyman to enamored lover — with grit in varying grades — and applies his experience in turning surprised heads within earshot,” Andy wrote.