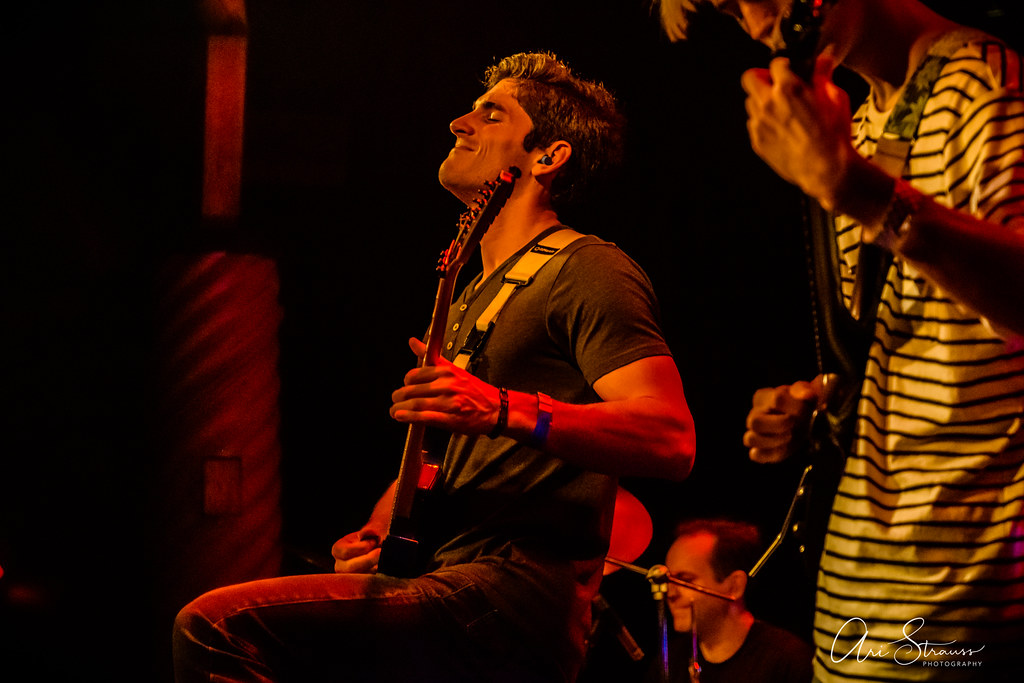 Dante Frisiello was in a state of nirvana one night recently at Jammin’ Java in Vienna, Virginia. The progressive rock composer and guitarist released his debut album, Alignment, earlier in the year — and this evening was his third opportunity present the material to live audience. That alone would have been enough; but on this evening, Dante was on stage as the opening act for one of his favorite musical influences, instrumental rock drummer Virgil Donati. It was a dream come true.

I first met Dante in 2017 while he was in law school and playing guitar in my friend, Eli Lev’s band, Eli Lev and the Fortunes Found. Dante has since graduated law school, passed the bar, started his own band, and released his debut album. It’s been quite an eventful year for the man.

Composing and producing Alignment has been Dante’s passion project for quite some time. He’s a big fan of the English prog rock band Frost* and over several months through cold-call emails, he managed to convince the band’s drummer, Craig Blundell, and bassist, Nathan King, to collaborate on his album. Dante composed the material and laid down the guitar tracks, then uploaded it to the cloud so Craig and Nathan could lay down their parts. Brendan Hasson, who plays keys on the album, mixed it all into a complete orchestration.

Listen to Alignment by Dante Frisiello on Spotify:

Enjoy some more photos from Dante Frisiello’s performance at Jammin’ Java on Sep. 9, 2019. All images copyright and courtesy of Ari Strauss. 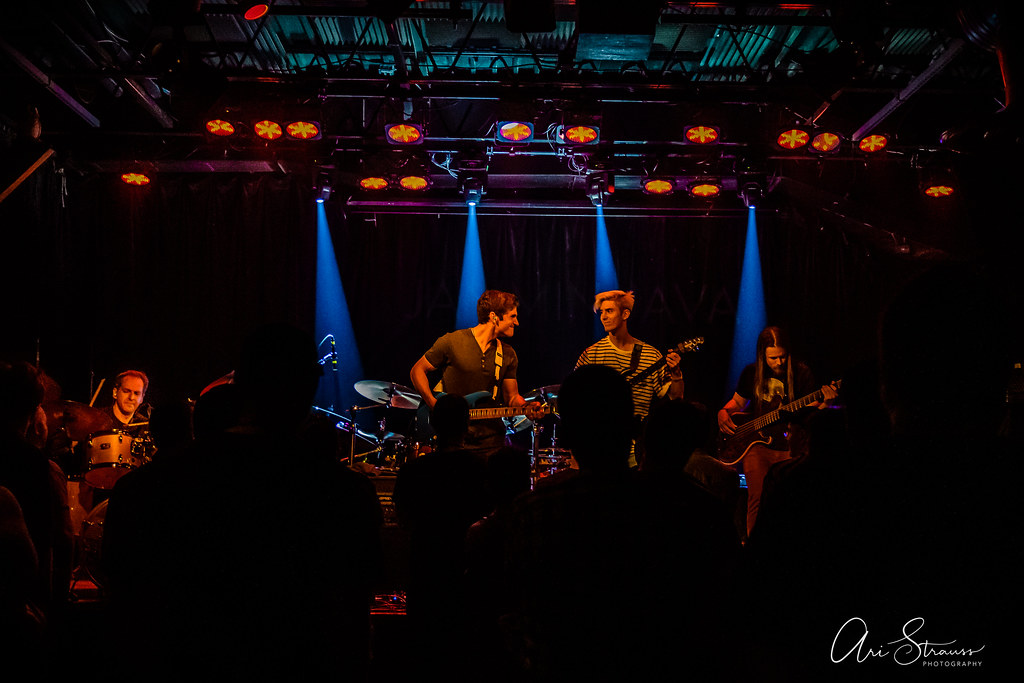 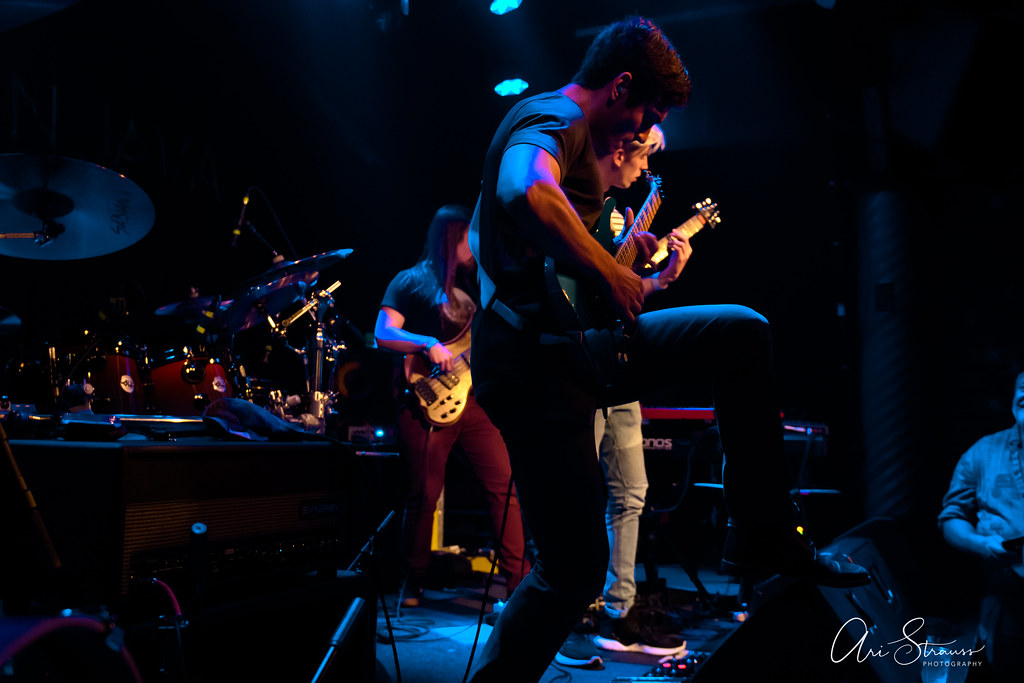 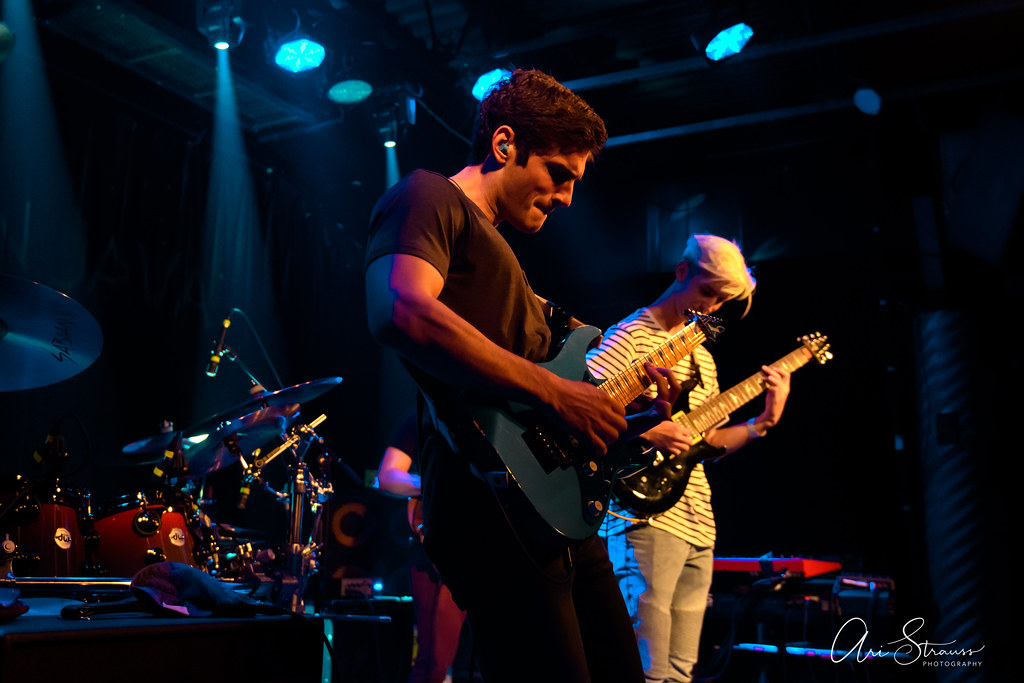 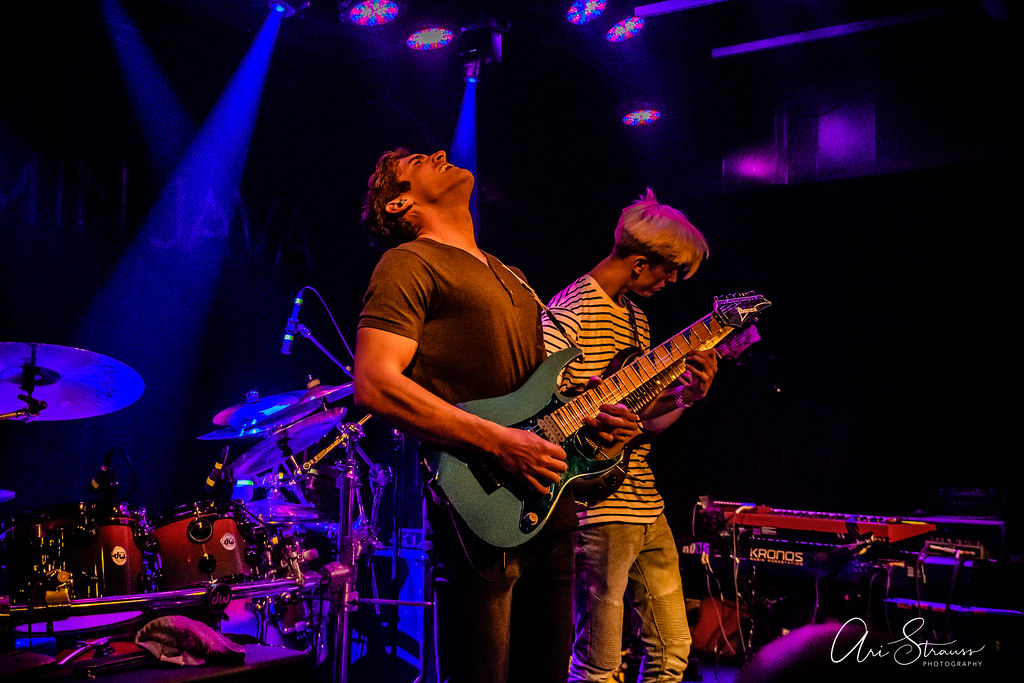 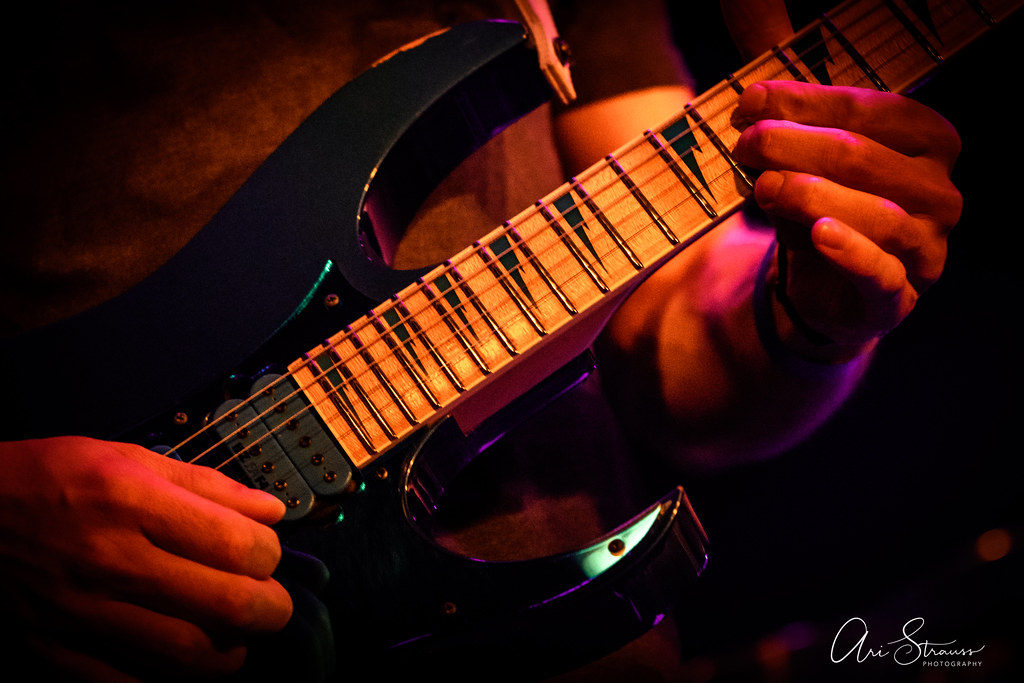 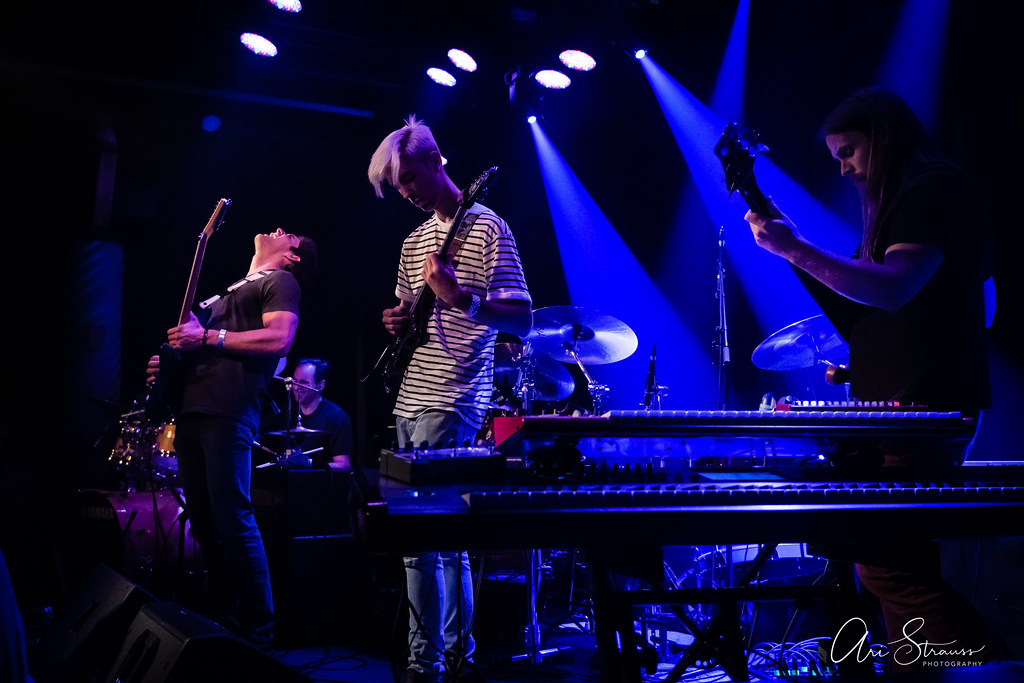 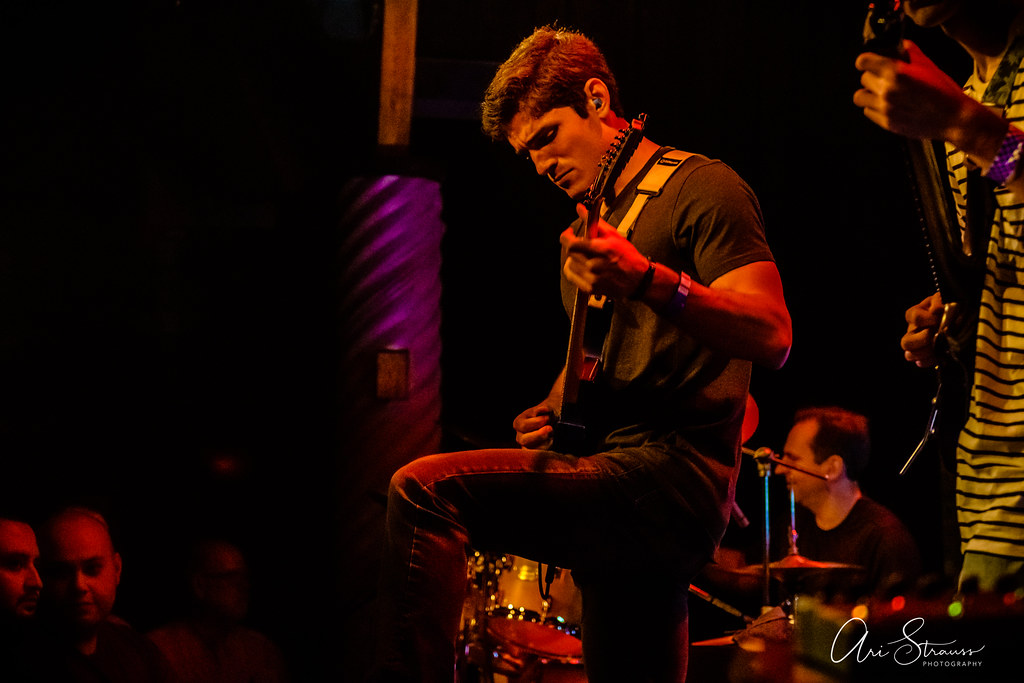 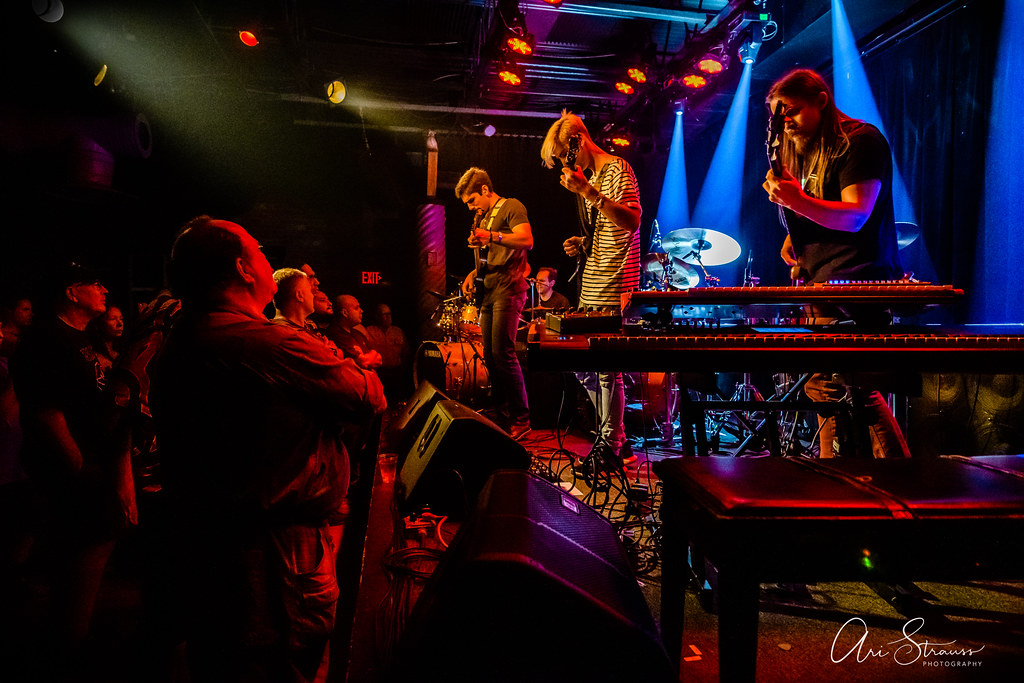 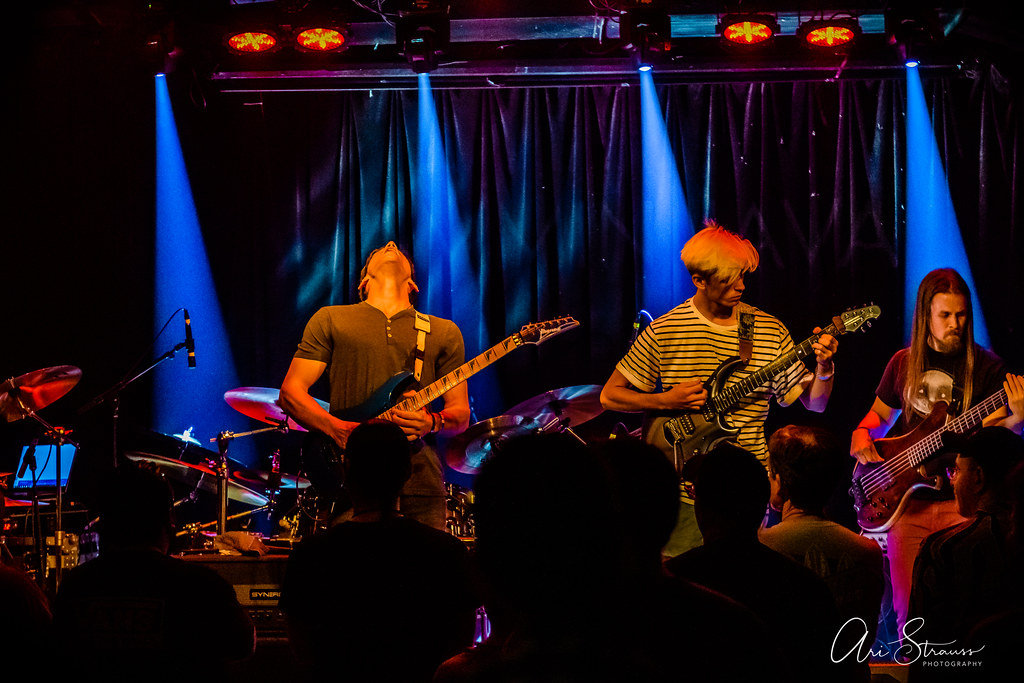 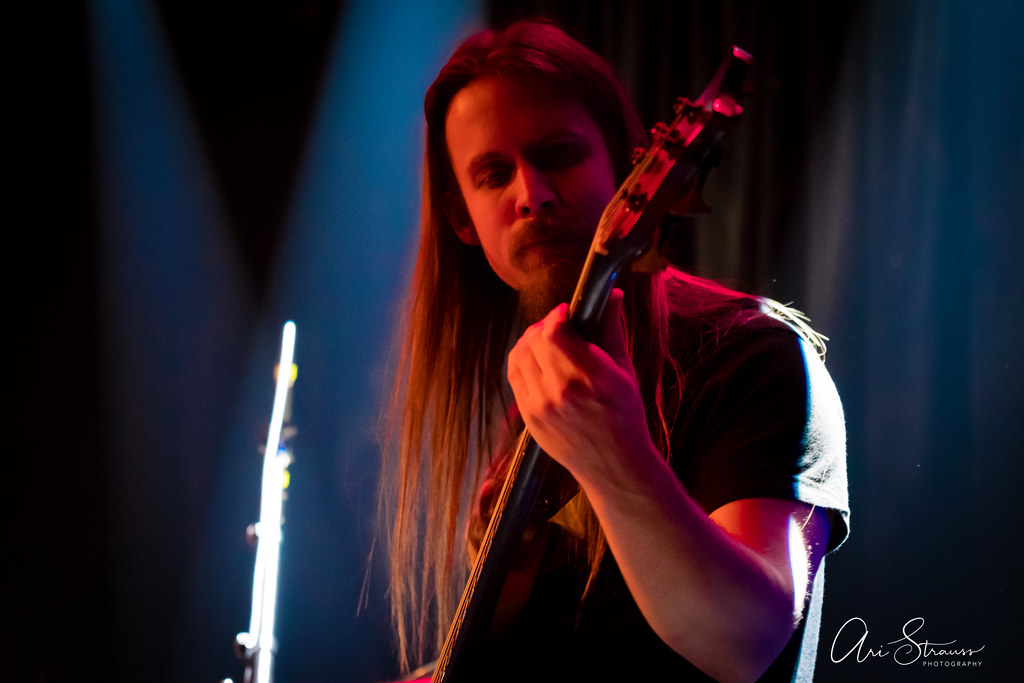 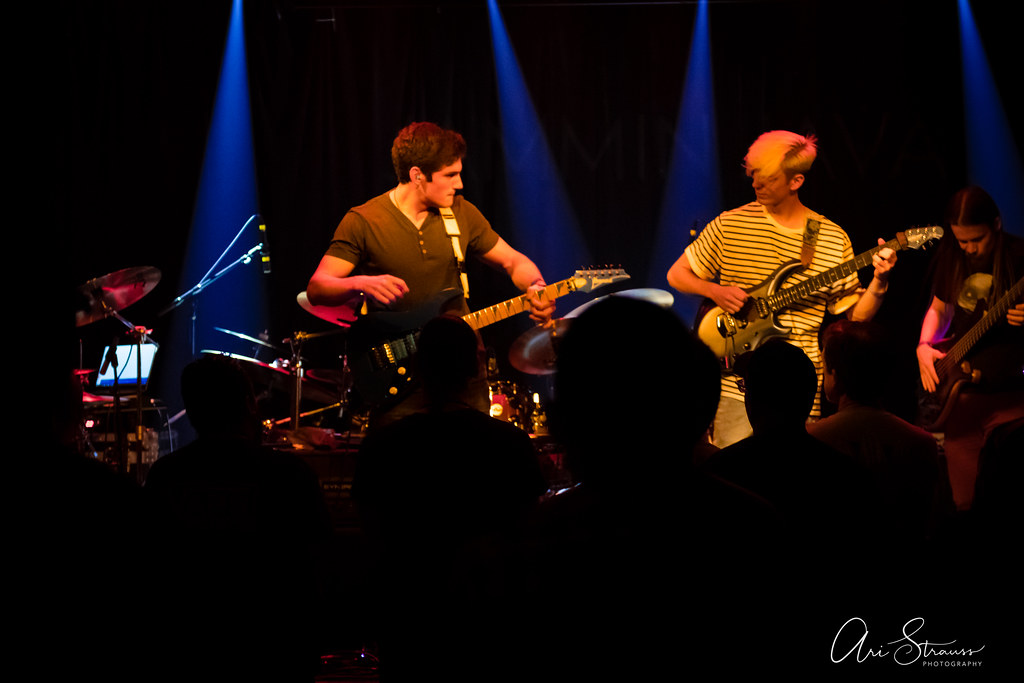 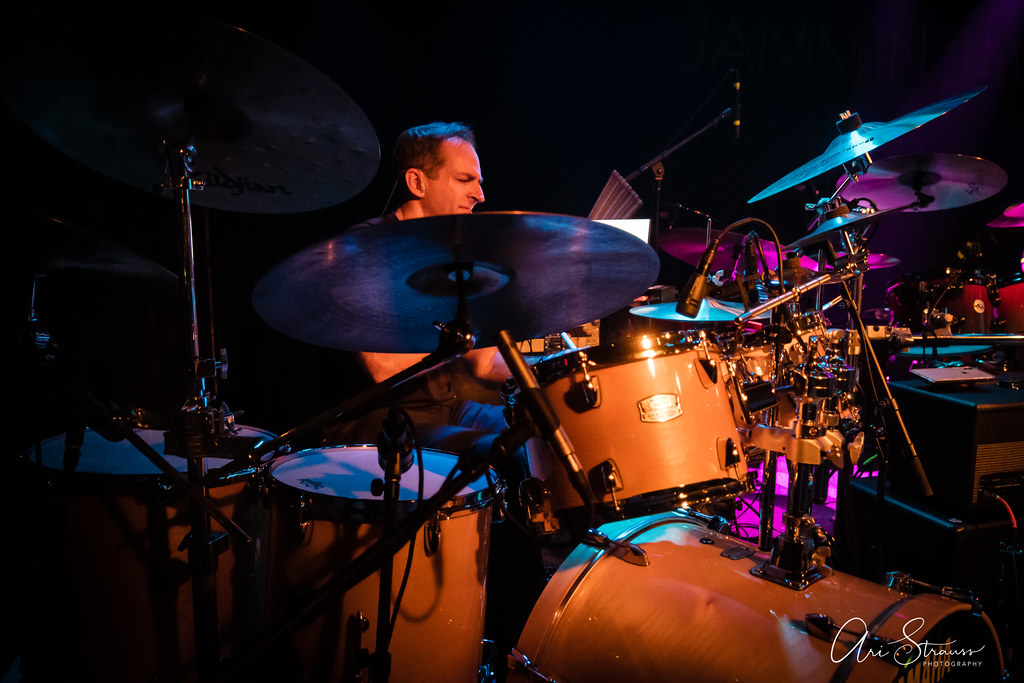 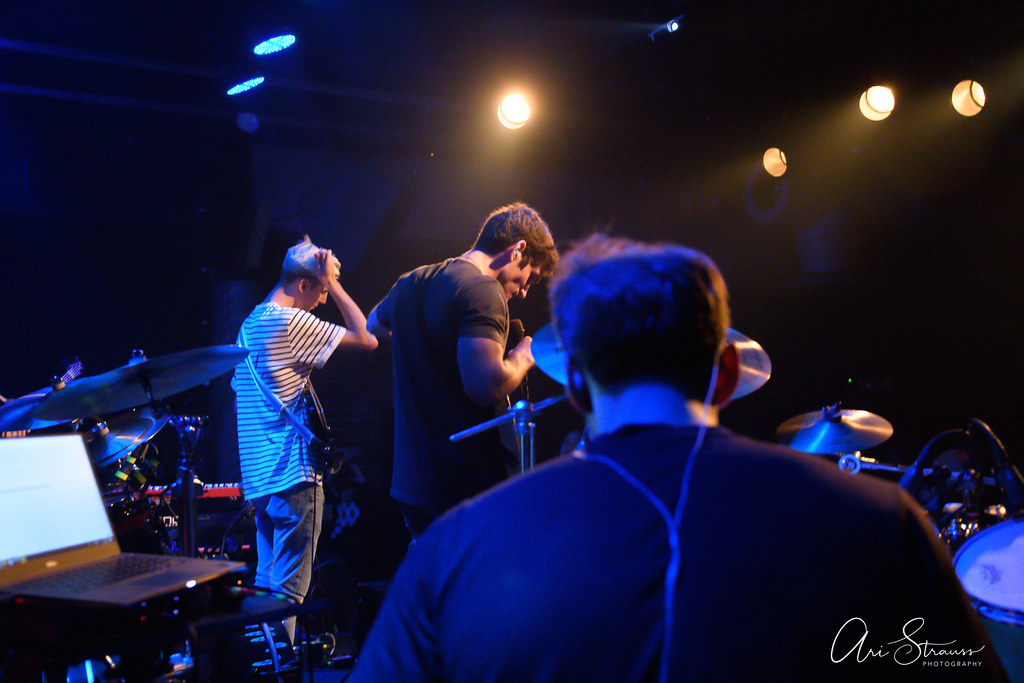 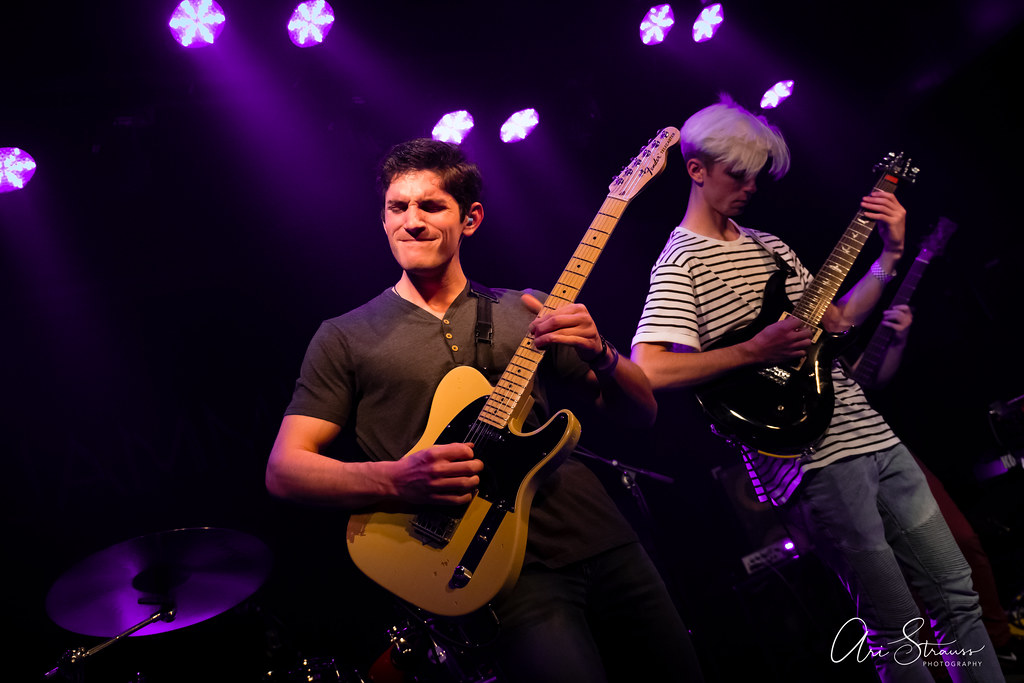 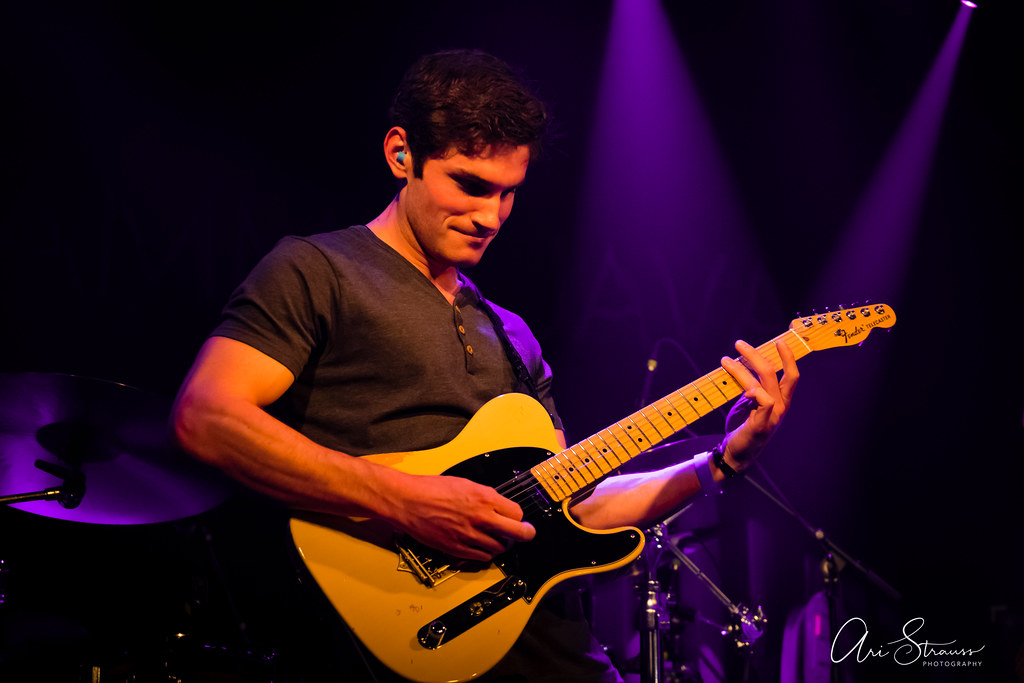 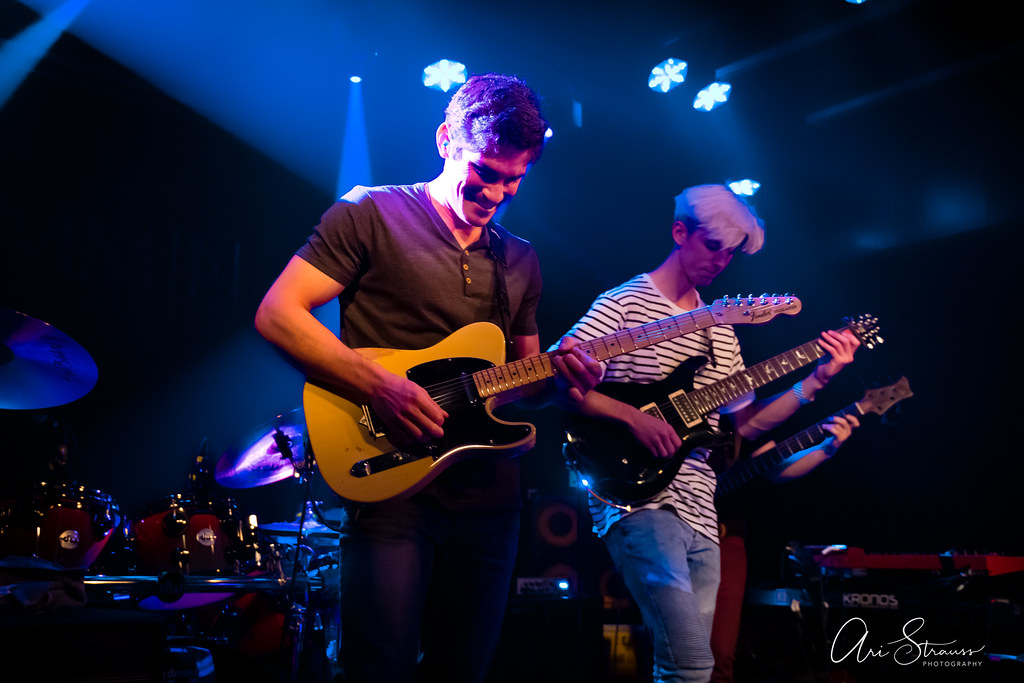 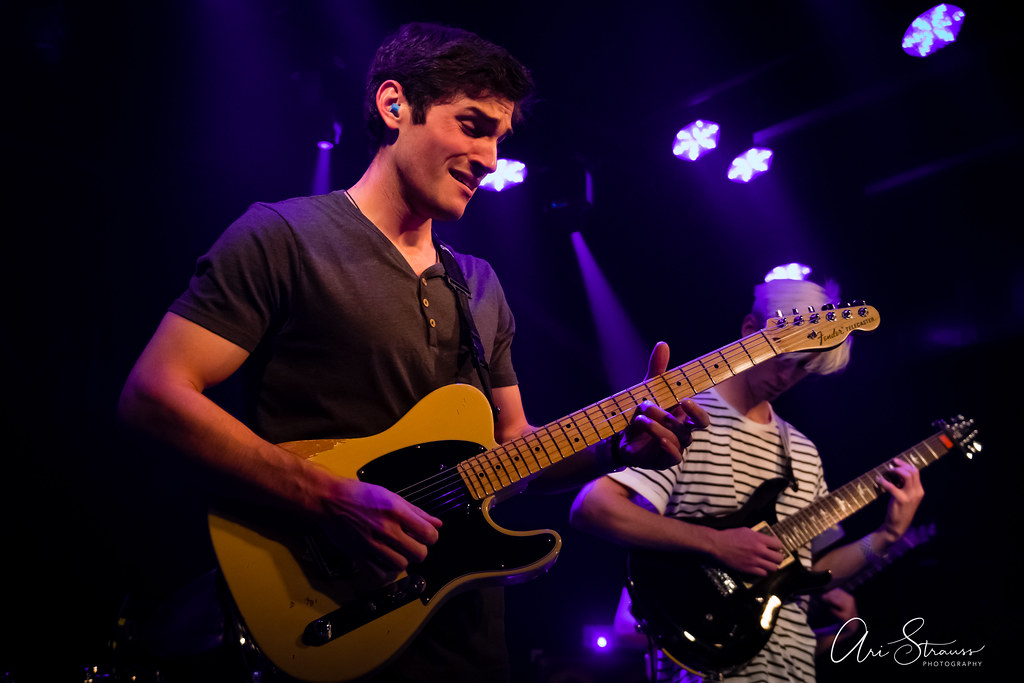