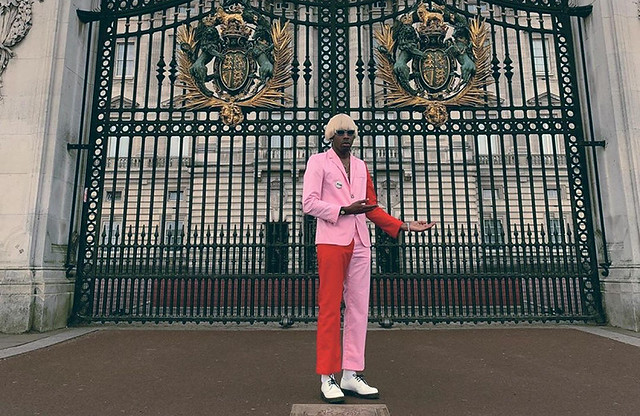 Tyler, the Creator (Photo courtesy We Care a Lot PR)

Tyler Gregory Okonma, better known as Tyler, the Creator, released Igor, his fifth studio album, in May via Columbia Records. He kicks off a North American Tour with a concert at Merriweather Post Pavilion on Saturday, Sept. 21.

Right after making history with Igor, Tyler, the Creator announced his upcoming tour. He became the first solo rapper to land a No. 1 album without any co-production or outside producer credits, and now, Tyler will take the album across the States. He’s set to play 34 shows, including a big show at Merriweather Post Pavilion on Sept. 21.

Stream IGOR by Tyler the Creator on Spotify:

Igor won “universal acclaim” from critics, according to Metacritic. In a review for AllMusic, Andy Kellman said Tyler, the Creator is “creatively vital and emotionally heartsick set with as much pain, vulnerability, and compulsion as a classic soul LP.”

“The productions are as nuanced and judiciously tricked out as they are on the previous album, adjusted to enhance all the agitation and grief, yet it’s all ear candy — spiraling synthesizers, vaguely psychedelic flourishes, and bumping drums galore. Roll down the windows, crank it, and keep the tissue on the armrest,” Andy wrote.