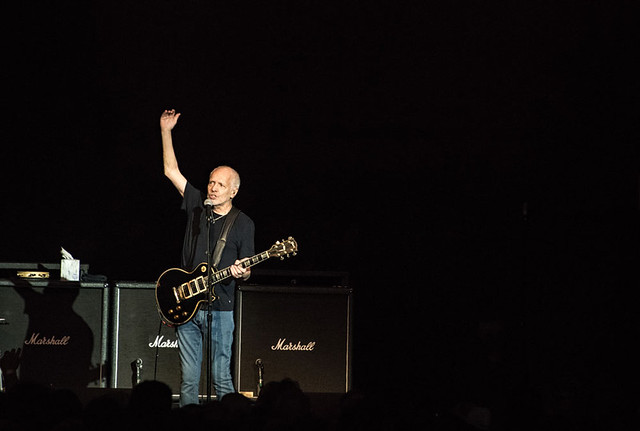 Peter Frampton performs at The Anthem on Sept. 11, 2019. (Photo by Mark Caicedo)

Reliving one’s youth isn’t always a good idea, but sometimes the past can return in the sweetest way, transporting us to a cherished place and time. I was reminded of my years in high school when Frampton Comes Alive! was all over the radio, car stereo players, and weekend parties, as I watched Mr. Frampton perform at The Anthem recently, nearly 6,000 of us singing in unison, “Do you feel like we do!”

Peter Frampton’s huge live album, Frampton Comes Alive!, which was released in January 1976, bolstered a musical calling that had begun 10 years earlier with various other bands, progressing to Humble Pie, and at the age of 26, shot his languishing solo career into the stratosphere. The album was on the Billboard 200 for 97 weeks, 55 in the top 40, and produced three hit singles. For a whole generation of now 50- and 60-somethings, it provided a summer soundtrack that’s stretched over decades.

Watch Peter perform on “Do You Feel Like We Do?” on the Midnight Special:

The Peter Frampton Finale — The Farewell Tour is his coda to an extraordinary career before he retires from regular touring at the end of 2019. For those who are unaware, Peter’s diagnosis of the autoimmune disease Inclusion Body Myositis (IBM) — a progressive muscle disorder characterized by muscle inflammation, weakness and atrophy — threatens his ability to play guitar. But none of those effects were evident at The Anthem on Sept. 11. 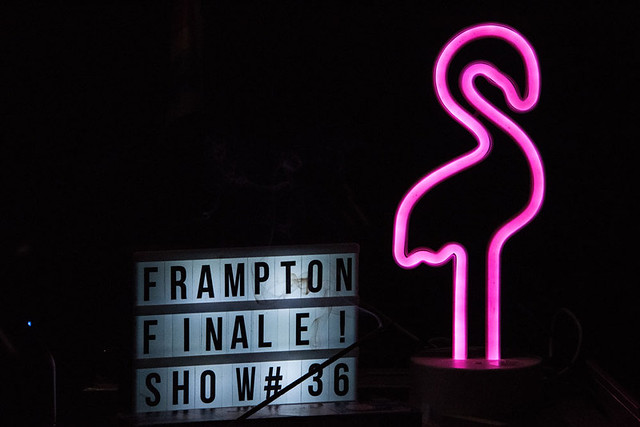 From the opener, “Baby (Something’s Happening)” to the final fading notes of the inspired Beatles cover, “While My Guitar Gently Weeps,” Peter showed no sign of the degenerative disease. The night, in many ways, was a stroll down memory lane with lengthy stories introducing songs, slideshows on the big screen looming over the stage, and a setlist spanning his unique career. The hits from …Comes Alive were all performed, as expected, and they were great.

But for me, and all the other guitar geeks in the audience, the highlight came with “(I’ll Give You) Money” — from his fourth studio album, Frampton — when Peter and Adam Lester got into an improvised extended guitar duel. Judging by the high five they gave each other afterward, it looked as fun for the them as it was for the audience.

Frampton’s extraordinary career includes rock star, pop idol, session musician, and solo artist. Add bluesman to that list as well. His versions of “Georgia,” “Me and My Guitar,” and “Same Old Blues” were as heartfelt (and heartbreaking) as anything you’d hear from Freddy King or Hoagy Carmichael. The evening’s other covers were faithful but not duplicative of the originals. “Black Hole Sun,” performed largely as an instrumental was particularly thrilling, Peter’s aggressive lead driving the song to places the original didn’t go.

Baby (Something’s Happening)
Lying
Lines on My Face
Show Me the Way
Fig Tree Bay
Georgia (Hoagy Carmichael)
Me and My Guitar (Freddie King)
Same Old Blues (Freddie King)
Breaking All the Rules
Black Hole Sun (Soundgarden)
(I’ll Give You) Money
Baby, I Love Your Way
Do You Feel Like We Do 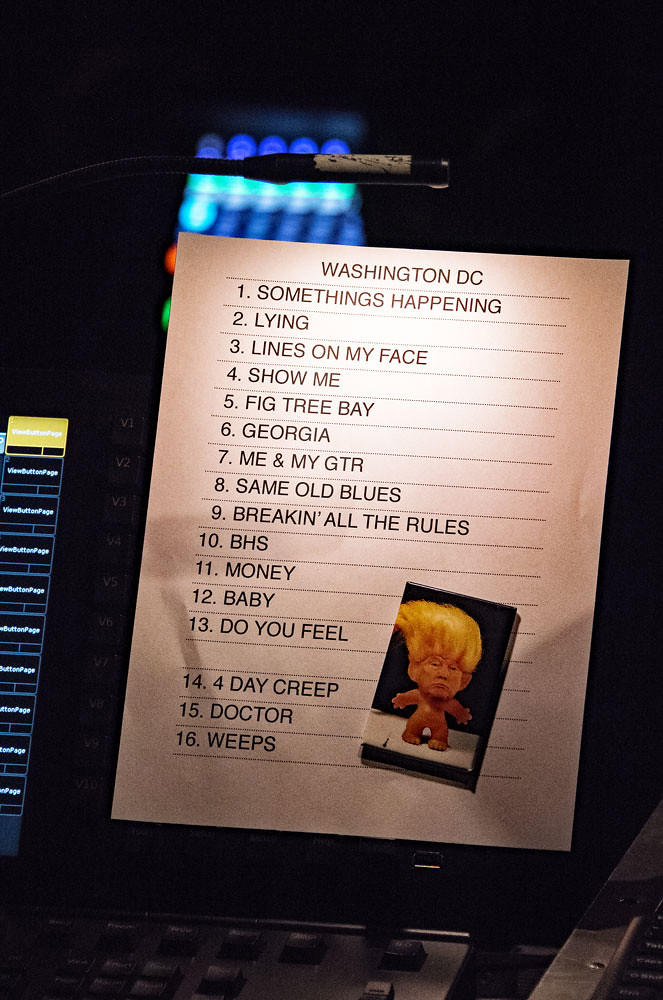 If this truly is Frampton’s swan song, seeing those slideshow images and playing those songs night after night must be difficult, knowing that final show number will be arriving too soon. But as I wandered through the crowd most of whom were singing “do you – YOU – at the top of their lungs,” I realized how wonderful memories of youth can be, and how wonderful to still make memories no matter how old we become.

A dollar of every ticket sold, as well as any donations, will benefit The Peter Frampton Myositis Research Fund at Johns Hopkins University, a newly established fund by Frampton and Johns Hopkins.

You can still catch the Finale Farewell tour through November 2019. For dates, music and video, please visit Peter’s website.

Here are some pictures of Peter Frampton performing at The Anthem on Sept. 11, 2019. All photos copyright and courtesy of Mark Caicedo. 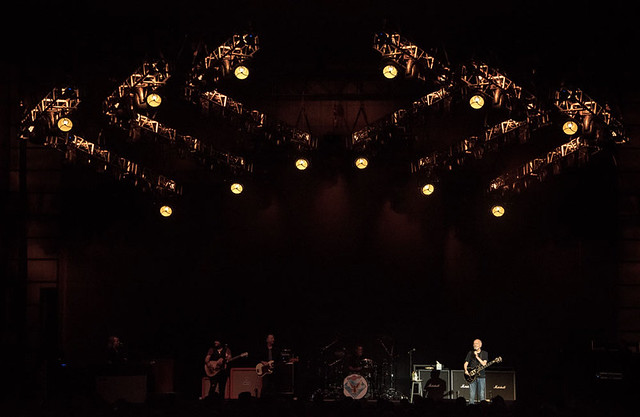 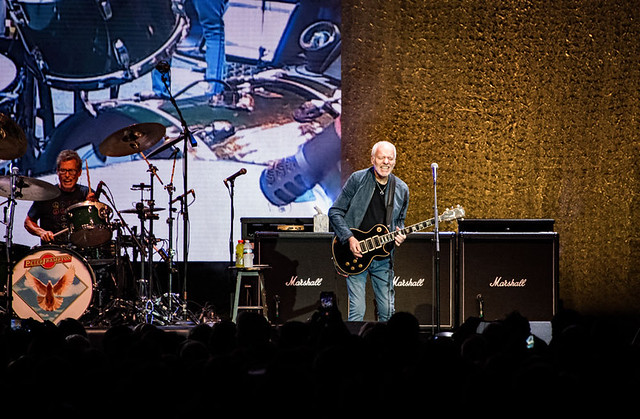 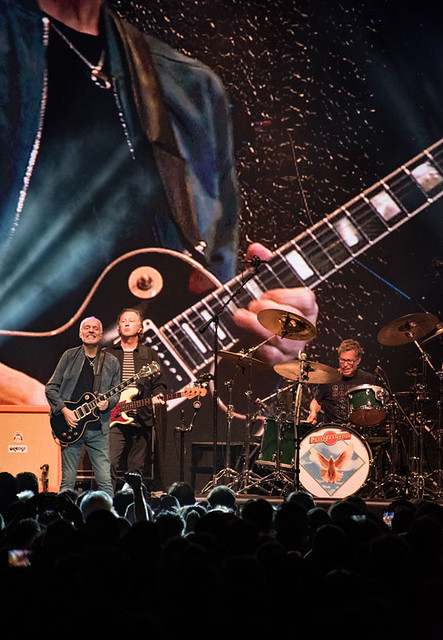 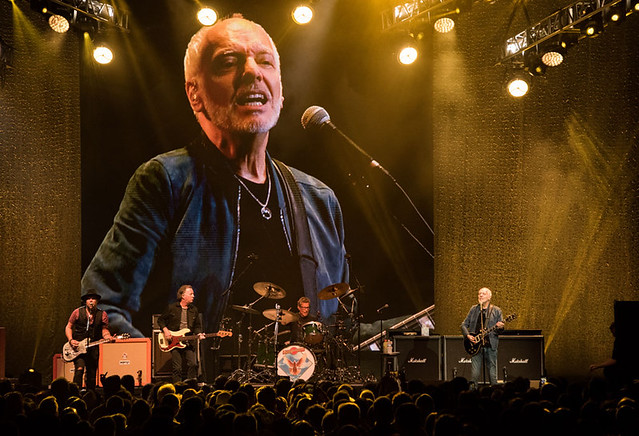 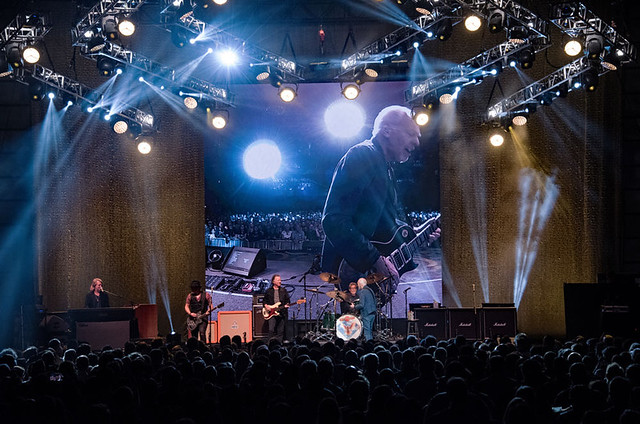 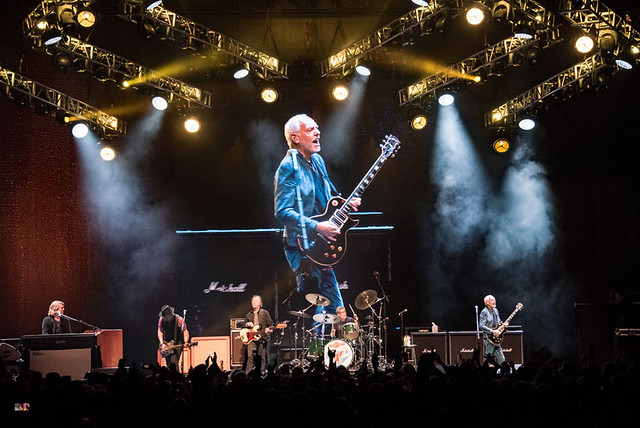 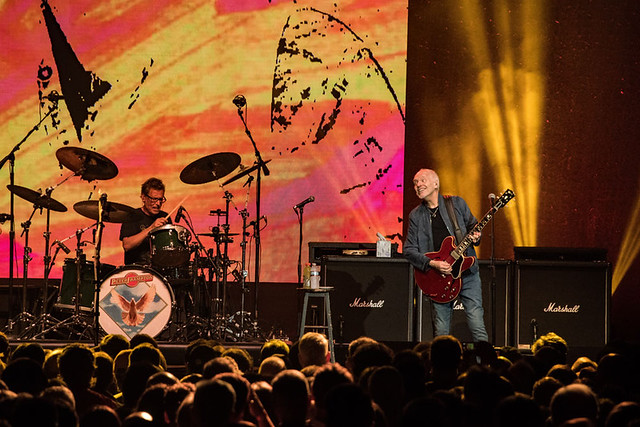 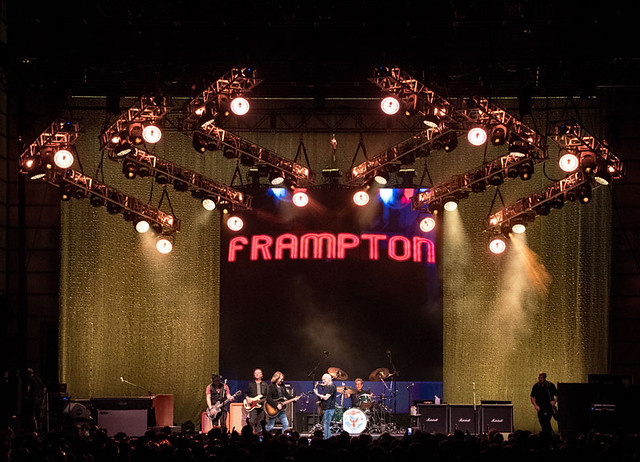 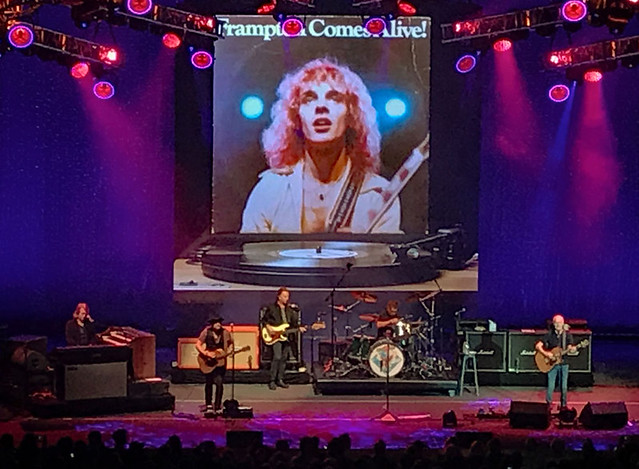 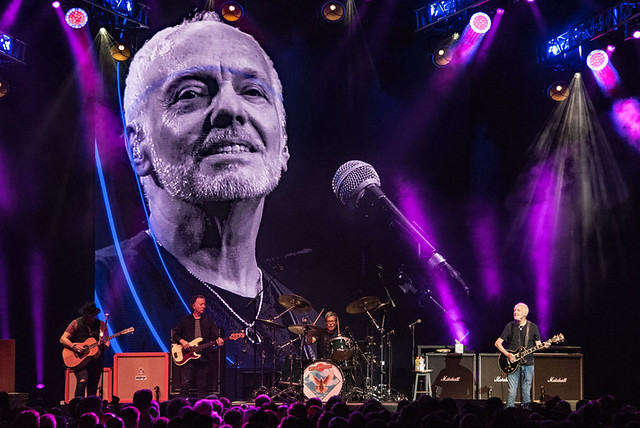 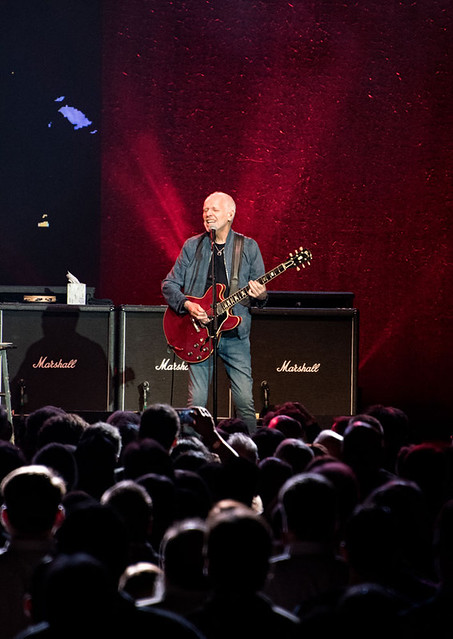 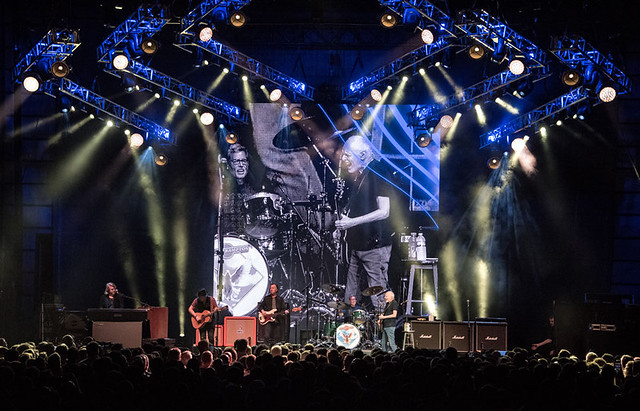