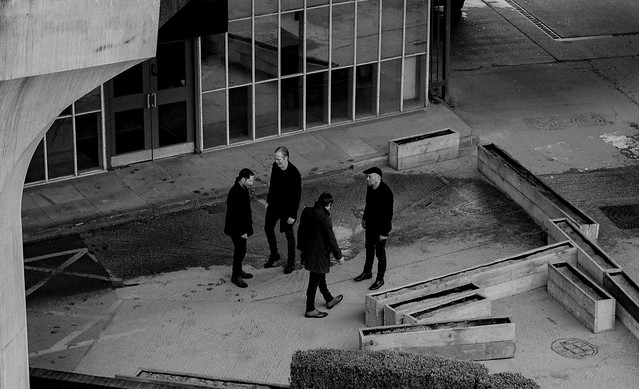 English shoegazers Ride released This Is Not a Safe Place, the band’s sixth studio album, in August via Wichita Recordings and Play It Again Sam. The quartet return to 9:30 Club for a show on Sunday, Sept. 22.

This Is Not a Safe Place updates Ride’s sonic signature for the modern age while tackling contemporary issues with a measured wisdom and flaming enemies with a righteous snarl.

“It is quite brutalist, concrete, bleak,” said bassist Steve Queralt of the record.

“It’s got to be moving forward and for tomorrow and reflecting what’s going on now,” said vocalist and guitarist Mark Gardener, “otherwise, what’s the point? Nostalgia scares the hell out of me to be honest because I see it as a complete dead end creatively. I find it quite difficult playing some songs a lot from the ‘90s, but with new sounds and new places we go it’s like a blood transfusion into the works of your body.”

Watch the official music video for “Repetition” by Ride on YouTube:

In a review for Music OMH, Neil Dowden observes that Ride’s new album was produced by the same man who produced their comeback record — 2017’s Weather Diaries — to surprisingly different effect.

“Though also produced by Erol Alkan, This Is Not A Safe Place has a quite different, more adventurous character. It may not be as far out of the band’s comfort zone as the title suggests (or indeed as the cover image implies, with a hand pointing out over a menacing-looking sea), but here Ride aren’t just treading water so much as striking out for the horizon,” Neil wrote.