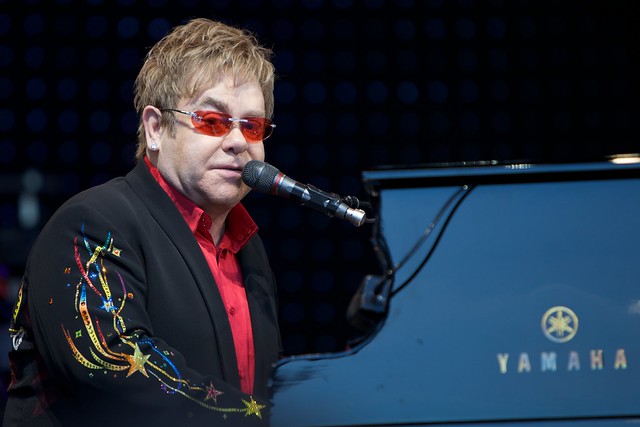 Interest in all things Elton John is soaring in 2019, thanks to the recent biopic Rocketman and the rock legend’s ongoing three-year farewell tour.

While it’s no secret that the former Reginald Dwight has lived an amazing musical life – overcoming personal challenges during his six decade-spanning career – you might be surprised to learn these five interesting details about Sir Elton.

1. He Wears His Sunglasses at Night…and Day…and all the Time

Larger than life sunglasses have been part of the Rocket Man’s trademark image since the beginning. Really, who do you think of when you see big, bold shades? It’s gotta be Sir Elton.

Unlike you or I, Sir Elton doesn’t have to worry about losing his specs — he claims ownership of 250,000 pairs of glasses. When you own six luxury homes across the world like he does, who wants to be inconvenienced with packing fashionable eyewear?

2. He Was a Pre-Fame Master Musician

Elton was an accomplished piano player and composer before becoming a household name. At 11-years-old, he won a scholarship to the prestigious Royal Academy of Music in London after learning to play a Handel piece by ear.

The future star went from entertaining audiences on the pub circuit at 15 to playing in the backing bands of internationally touring acts like The Isley Brothers, Patti LaBelle and The Hollies within two years.

3. The Rocketman Is a Football Fan

He’s a lifelong supporter of Watford Football Club, which currently competes in the Premier League. He’s been a two-time owner of the team, having purchased it in 1976 and again in 1996. Although he’s no longer associated with Watford on a formal basis, the club’s home stadium of Vicarage Road boasts a luxury suite and grandstand dedicated to him.

Sir Elton’s preferred NFL team is the six-time Super Bowl-winning New England Patriots. He’s personal friends with team owner, Robert Kraft and once served as an honorary team captain when the Patriots played an international game at Wembley Stadium in London. The Patriots, the team Oddschecker pegs as the likely Super Bowl LIV winners, may have the ultimate retirement gift in the works with another Lombardi Trophy in early 2020. 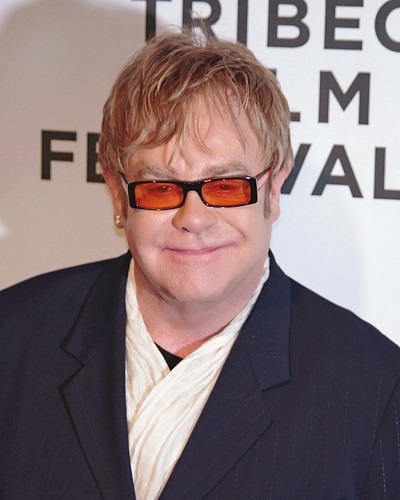 Elton has collaborated with lyricist Bernie Taupin for more than 50 years. Together, the prolific pair has co-written hits like “Bennie and the Jets”, “I Guess That’s Why They Call It the Blues” and “Your Song.” John and Taupin met in 1967, when they both answered a newspaper ad placed by Liberty Records seeking songwriters.

Amazingly, the songsmiths never write together in the same place at the same time. Taupin first completes a song lyric and sends it to Sir Elton, who then composes and arranges the music. It’s an unorthodox process as songwriting goes, but fans won’t argue with the results.

Elton is reportedly a fast craftsman and often finishes music in 20 minutes or less – we wish Uber Eats delivered that quickly!

Want Sir Elton to perform at your wedding reception? It’s possible, but the sticker shock may make you think twice about that dream honeymoon. His going rate for private functions is $1 million.

The “Can You Feel the Love Tonight?” singer isn’t in it for the money. Instead, he donates his private earnings to his namesake Elton John AIDS Foundation.

Elton John most recently played in Washington area at Capital One Arena in September 2018. You can view the set list here.

His Farewell Yellow Brick Road Tour stops in Philadelphia at the Wells Fargo Center for concerts on Nov. 8 and 9.