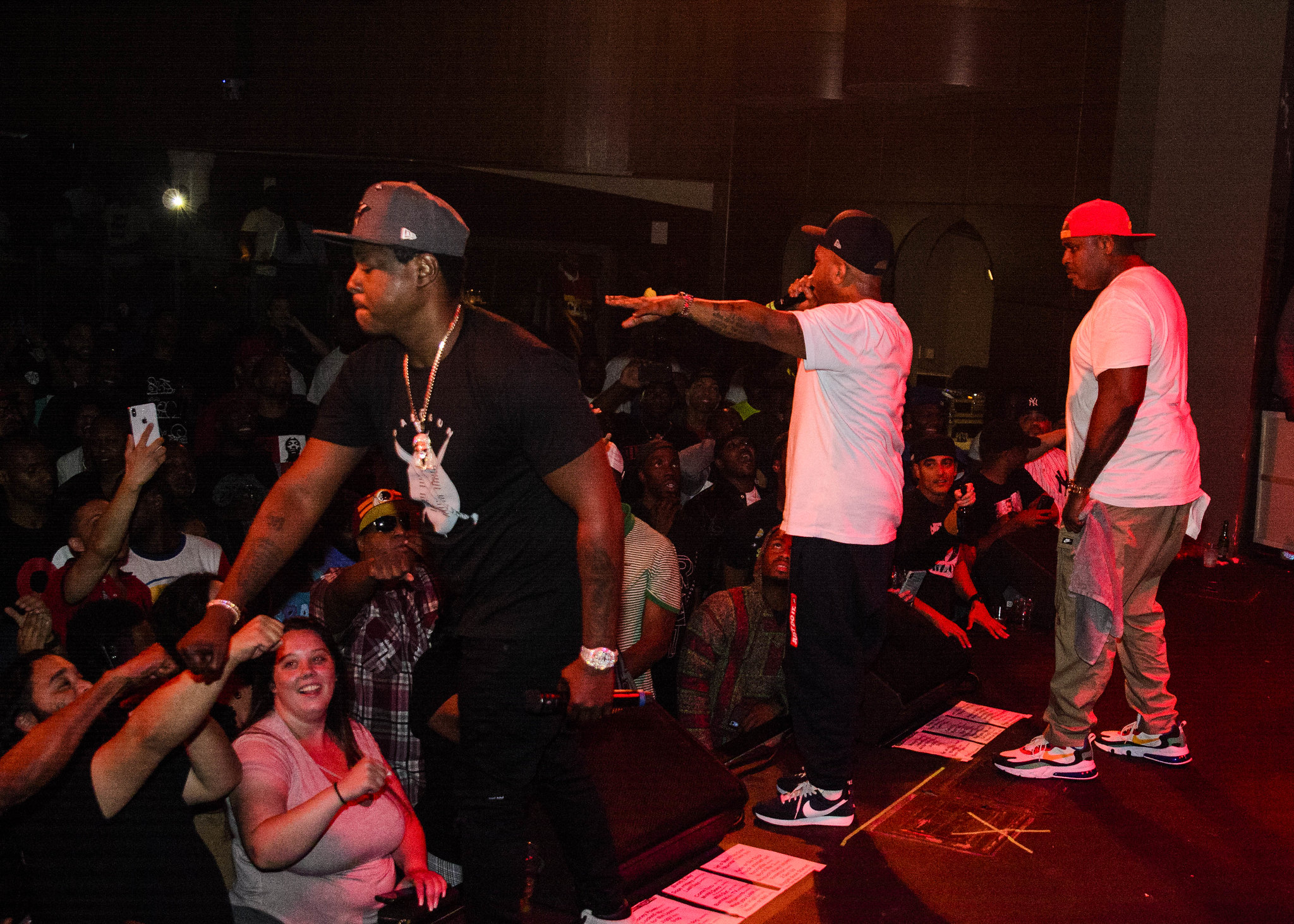 The Lox Performs at Howard Theatre on Sept. 17, 2019. (Photo by @Waufflez – wauffleznotwaffles.com)

Legendary New York rap group, The LOX stopped through Howard Theatre recently for a classic hip-hop show in celebration of the 20th anniversary of their platinum debut album Money Power Respect. With assistance from opening act Tony Moxberg, Jadakiss, Styles P, and Sheek Louch gave the crowd all the bars they could ever ask for performing classic solo and group records such as “We Gon Make It,” “Knock Yourself Out,” and “Mighty D-Block.”

Originally known as the Warlocks, The LOX broke on to the scene in 1995 as one of the premiere acts on Puff Daddy’s Bad Boy Records alongside the likes of The Notorious B.I.G and Ma$e. They gained their first mainstream success featuring on Puffy’s “All About the Benjamins” before releasing their “Money Power Respect” album.

The LOX later joined fellow Yonkers native DMX’s Ruff Ryders Records after feeling their identities clashed with Bad Boy’s radio friendly image before starting their own label, D-Block Records in 2002. The LOX most recent studio album, Filthy America… It’s Beautiful, was released in 2016 after they announced their partnership with Jay-Z’s ROC NATION. After over 20 years in the rap game, The LOX have cemented their legendary status and can still put on a performance that’ll put you right back into the golden era of hip-hop.

Check out Filthy America… It’s Beautiful by THE LOX on Spotify:

Below are some photos from The LOX performing at Howard Theatre on Sept. 17, 2019. All photos copyright and courtesy of AJ Waugh (@Waufflez – wauffleznotwaffles.com).