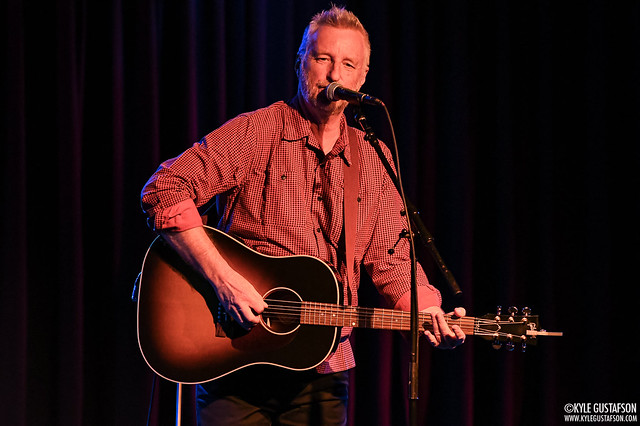 Billy Bragg performs at The Birchmere on Sept. 19, 2019. (Photo by Kyle Gustafson)

Not many solo artists armed with only an amp and a guitar have done it longer or better than Billy Bragg. Accordingly, the recent trend of artists playing classic albums in their entirety is a great opportunity for Bragg, a master storyteller in addition to being a master songwriter, to look back on his career, but with a bit of a twist.

Bragg is playing short residencies in a few American venues, including The Birchmere recently, performing a career spanning set the first night, followed by selections from his first three albums the next night, and finally a night devoted to his second three albums. It’s an interesting and engaging format that lets fans hear songs from their favorite era while also giving Bragg a chance to settle into a city for a few days and lesson the environmental impact of touring just a bit.

I went Thursday, Sept. 19, the career-spanning set night and walked out with a huge grin on my face. “Welcome to the 7:30 Club!” he exclaimed upon taking the stage, noting the early start time. Bragg played 18 songs and told just as many stories during his 2+ hour set. Opening with crowd pleasers “Sexuality” and “Upfield” Bragg dipped in and out of his own material and mixed in some covers as well. As you’d expect, nothing was off the table. During “Sexuality”, he changed the lyrics to “Don’t ask me about Morrissey” (Bragg cut his teeth opening for The Smiths) and later in the set, he dropped in more contemporary lyrics for Dylan’s “The Times Are a-Changing”.

Bragg treaded lightly around Brexit, if only for the audience’s sake (there was a loud, collective groan from the crowd when he uttered the word) but touched on the UAW strike during “There Is Power in a Union” and further addressed the current political climate in the US and UK in songs such as “No Power Without Accountability”, “Waiting for the Great Leap Forward” and Woody Guthrie’s “All You Facists.”

And lest you think the gig was too serious, there was a tale about a Bjork pun (also groan inducing!) and a dad-worthy joke involving a duck. “The Milkman of Human Kindness”, “Greetings to the New Brunette” and “Levi Stubbs Tears” thrilled the crowd as did the night-closing sing-along to his signature tune, “A New England.”

Setlist:
Sexuality
Upfield
King Tide and The Sunny Day Flood
Ingrid Bergman (Woody Guthrie cover)
Way Over Yonder in the Minor Key (Woody Guthrie cover)
All You Fascists (Woody Guthrie cover)
The Milkman of Human Kindness
Why We Build the Wall (Anaïs Mitchell cover)
No Power Without Accountability
Symphony No. 9, Op. 125 (Ode to Joy) (Ludwig van Beethoven cover)
Handyman Blues
Greetings to the New Brunette
Levi Stubbs’ Tears
Waiting For The Great Leap Forwards
I Keep Faith
There Is Power in the Union

Encore:
The Times They Are a-Changin’ (Bob Dylan cover)
A New England

Here are some pictures of Billy Bragg performing at The Birchmere on Sept. 19, 2019. All photos copyright and courtesy of Kyle Gustafson. 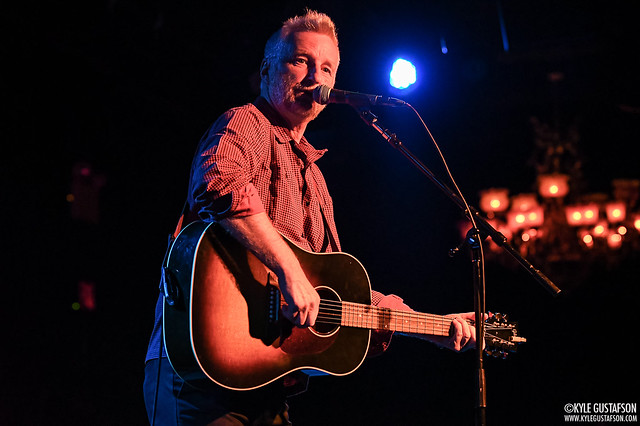 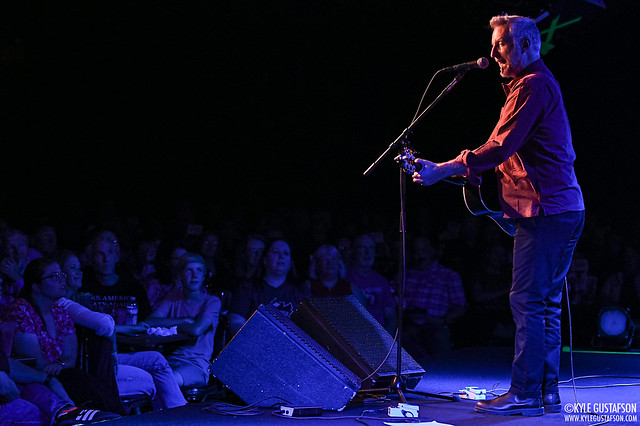 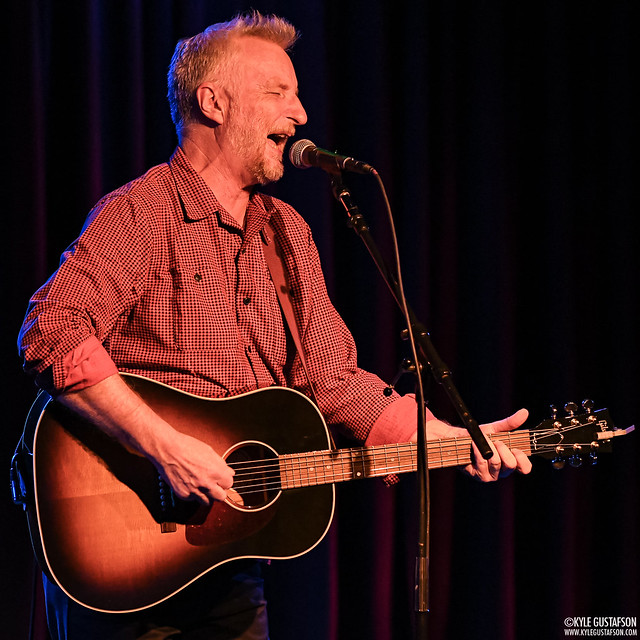 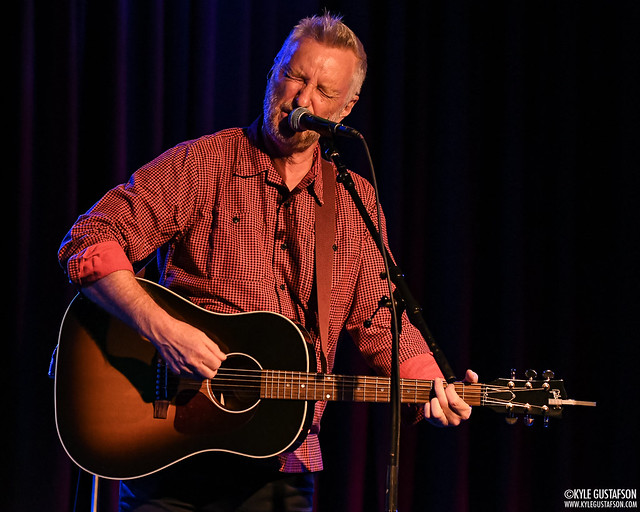 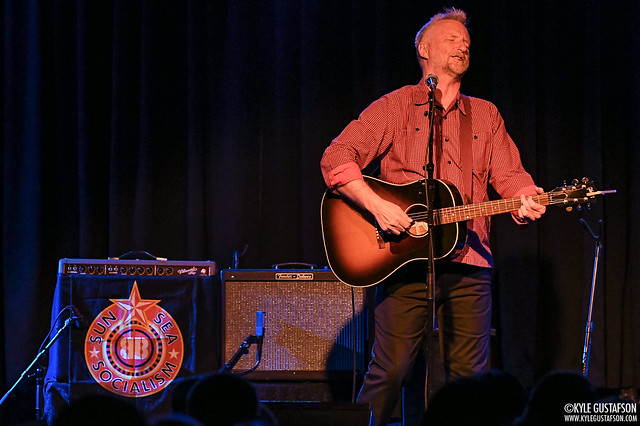 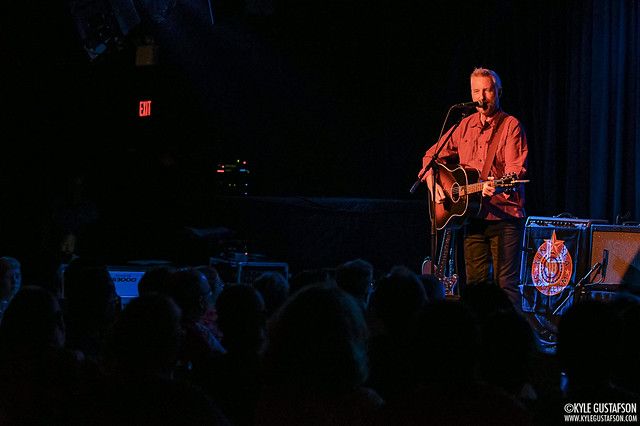 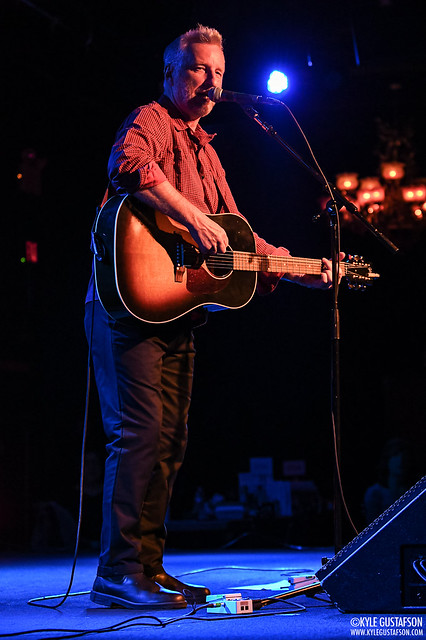 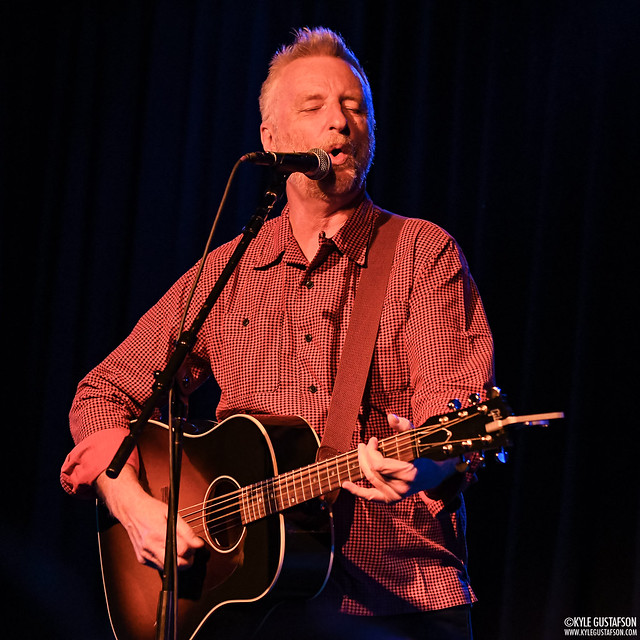 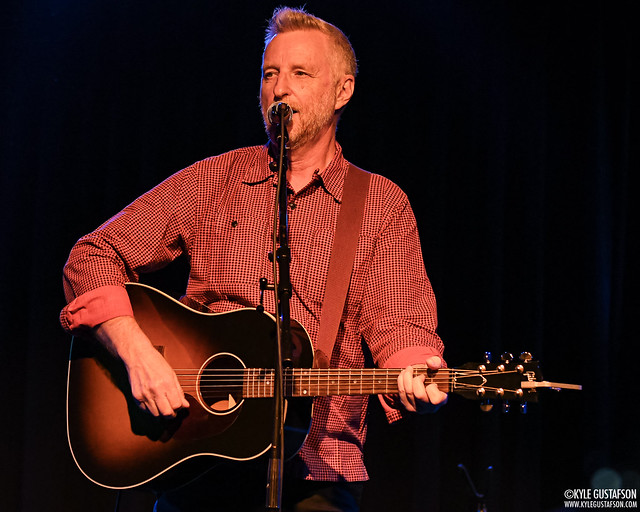 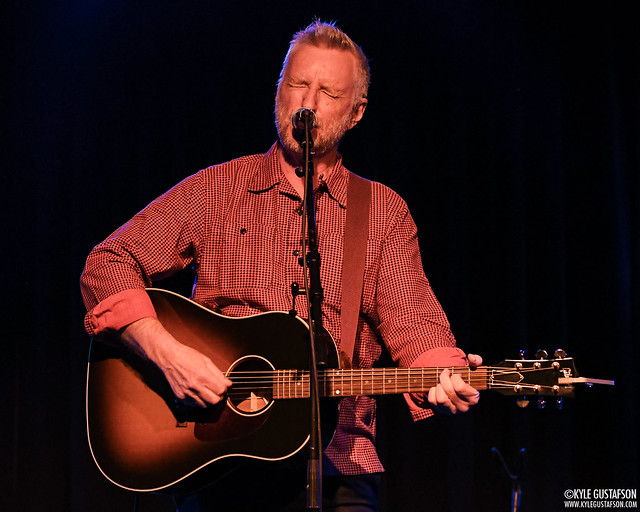 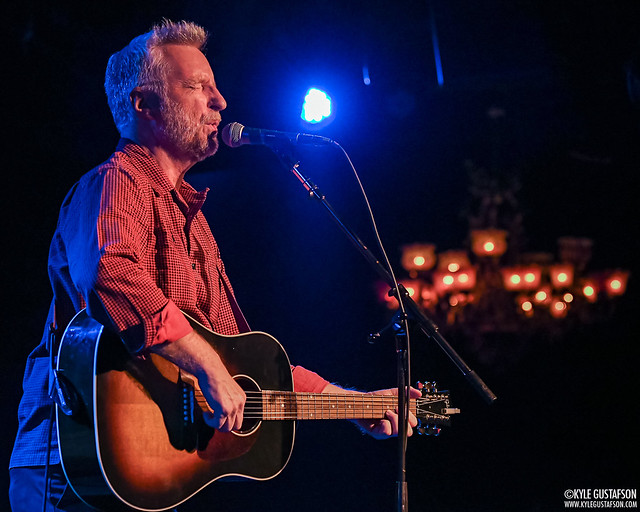 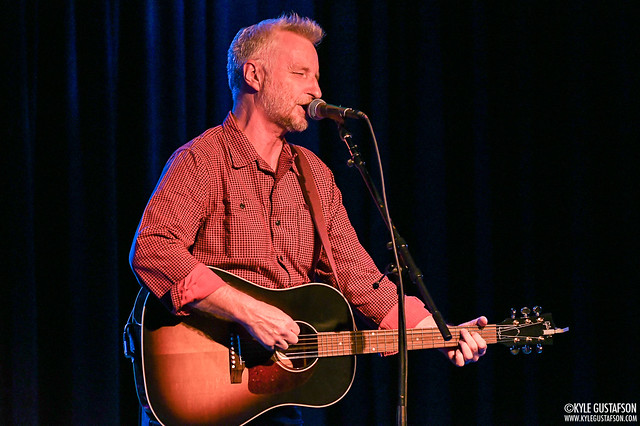 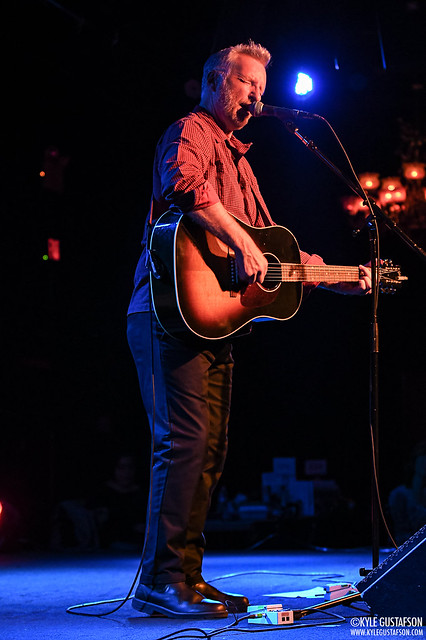