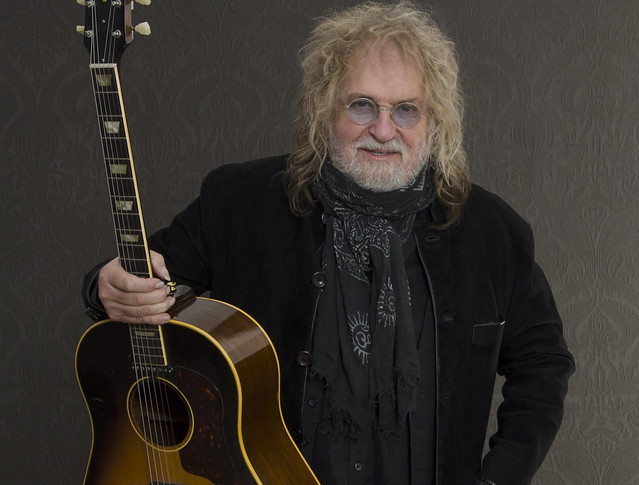 You can call it country-rock, outlaw country, progressive country, or Americana. Whatever you call it, Ray Wylie Hubbard, who’s “been doing this a long time,” and calls himself “an acquired taste,” found a receptive, appreciative audience in a sold-out house at City Winery recently. The legendary Texas troubadour, feted lately with a tribute album and a book about his life and music, gave patrons a special live experience, punctuating his songs with conversational asides and injecting good-natured humor throughout his show.

As he started to play his opening number, “Rabbit,” Ray Wylie asked rhetorically, “Are you ready for this?” He followed “Rabbit” with the popular “Snake Farm,” turning the song, which has been covered by Paul Thorn, into a sing-along on Sept. 19.

On a trip from Austin to Galveston, someone gave Ray Wylie a book on 18th-century French Romantic poets. Initially, he scoffed at it, but he ended up getting into the subject. He found that these poets appealed to his rebellious spirit, as they were “breaking the rules of poetry.” Ray Wylie described them as “despicable people,” particularly when it came to the drink.

On that trip to Galveston, Ray Wylie first met a young Hayes Carll. The two collaborated on “Drunken Poet’s Dream,” with each recording the song separately. As he sang the line “I’ll never pay back my student loan,” Ray Wylie remarked that it was Hayes’s contribution to the song.

Ray Wylie included “Drunken Poet’s Dream” on an album he titled A. Enlightenment B. Endarkenment (Hint: There is No C). He described the cover art as creepy. “Why,” he asked, “would I do that?” The answer, he said, is that he’s learned “you get more attention burning down the barn than you do carrying out the trash.”

Ray Wylie’s Americana style owes as much to the blues as it does to country. He name-checked Howlin’ Wolf in “Down Home Country Blues,” and sang “You hit them chords, you get that thump / You downright sanctified.”

“Mother Blues,” an autobiographical story-song that Ray Wylie played (in abbreviated form) on David Letterman, references Lightnin’ Hopkins and Freddy King. A tale of youthful poor decisions, the song comes around to Ray Wylie marrying his wife, Susan, and getting to play with his son, Lucas, his lead guitarist.

Looking for a woman’s perspective, Ray Wylie co-wrote “Train Yard” with Austin singer-songwriter Liz Foster of the Tricias. Ray Wylie admitted that this presented a challenge for him, and Liz had to tell that some of his attempts at the song were false starts.

“Name Droppin’ Lyrics” is exactly what it sounds like. “Tell The Devil That I’m Getting There as Fast as I Can,” the title track of Ray Wylie’s latest record, is a coy remark on his aging and mortality. Thinking about his mortality has led Ray Wylie to hope that “God grades on a curve,” observing that while he’s not Mother Theresa, he’s not Attila the Hun, either. Ray Wylie gave himself a solid C- as a human being.

Calling “Tell The Devil” a “rock and roll fable,” Ray Wylie said it was his good fortune to have Eric Church and Lucinda Williams guest on the track. He also made a video that also featured the pair, and joked that he hoped no none would tell them they’re in it; he hasn’t heard from their lawyers yet, he said.

Stream Tell the Devil I’m Getting There as Fast as I Can by Ray Wylie Hubbard on Spotify:

Turning the spotlight on his son Lucas, the band played some Texas blues. Ray took a moment to “Count My Blessings,” then turned to his iconic song, “Up Against The Wall Redneck, Mother.” While he doesn’t play it every night, he understands that fans want to hear it. He experienced the disappointment of not getting to hear Bob Dylan do “Masters of War” when he saw him in the ’80s (or, he quipped, he didn’t recognize it).

Cross Canadian Ragweed covered “Wanna Rock & Roll” on their album Soul Gravy. With the royalty check, Ray put up a new fence. He closed his set with “Barefoot In Heaven” and received a standing ovation. For his encore, he played the only cover of the evening, James McMurtry’s “Choctaw Bingo,” inviting the audience to sing along on a verse.

Ray Wylie Hubbard declares he’s “not for everyone,” but he has his niche, and he knows how to play to it. He is a genuine troubadour, a rock ’n’ roll poet-storyteller full of wry humor. He is a unique, distinctive artist, an entertainer with a style and personality all his own.