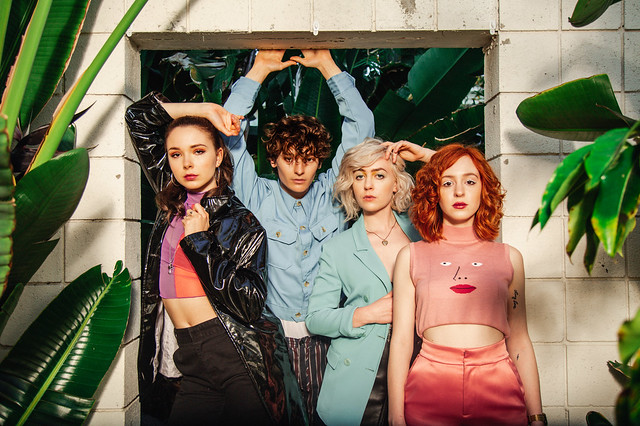 In August, The Regrettes released How Do You Love?, the band’s sophomore studio album, via Warner Records. Frontwoman Lydia Night and company are on the road again, and The Regrettes play at U Street Music Hall on Tuesday, Oct. 1. But act fast — few tickets remain!

How Do You Love? is an album about the most universal of emotions: love. Throughout the record, Lydia details the rise and fall of a relationship — from that first rush of butterflies, through a destructive break-up, to ultimately finding peace and closure.

Lydia came up with the idea after writing a group of songs about her experiences in various real-life relationships. She said, “I realized that they all fit together and tell a story. It’s about finding bravery through [love]… learning and accepting that, yes, you went through a shitty breakup, but that’s amazing — because all that means is next time you’re in a relationship, you know so much more about yourself and about what you want.”

Watch the official music video for “I Dare You” by The Regrettes on YouTube:

In a review for Consequence of Sound, Lindsay Teske says The Regrettes hit the bullseye with their second full-length album.

“It’s special to see music and lyrics mix this cohesively, to act as two megaphones for the same message. The Regrettes accomplished this, and the results are goosebump-inducing. This is largely what makes the album’s story arc so clear, and it is because of this clarity that the listener is able to become as engrossed in the narrative of How Do You Love? as much as that of a novel that is simply impossible to put down,” Lindsay wrote.