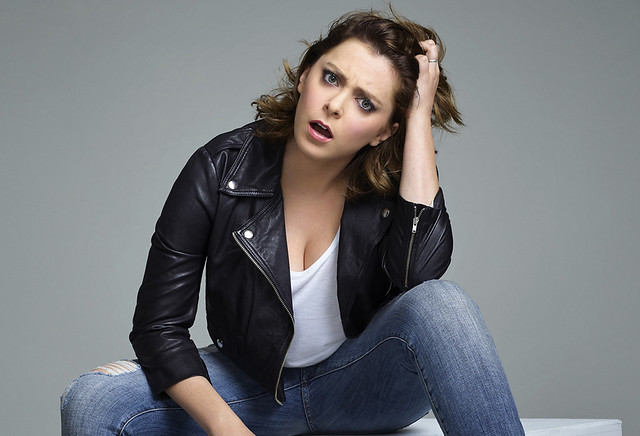 Rachel Bloom is best known as the star of the CW musical dramedy “Crazy Ex-Girlfriend,” which she co-created and executive produced alongside Aline Brosh McKenna. Rachel performs songs from the hit series as well as original standup material when she visits The Anthem on Thursday, Oct. 10, for her What Am I Going to Do with My Life Now? Tour.

For her performance as Rebecca Bunch on “Crazy Ex-Girlfriend,” Rachel won the 2016 Golden Globe for Best Actress in a TV Series – Musical or Comedy, Critics’ Choice Award for Best Actress in a TV Comedy and TCA Award for Individual Achievement in Comedy. In addition to other Golden Globe, Critics’ Choice and TCA Award nominations in further seasons, she is also a 4-time Emmy nominee for both the songwriting of “Crazy Ex-Girlfriend” and her past writing work on the Adult Swim sketch series “Robot Chicken.”

Watch the official music video for “The Math of Love Triangles” by Rachel Bloom on YouTube:

In an interview, the Chicago Tribune recently asked Rachel: “How has “Crazy Ex-Girlfriend” changed how you approach stand up?”

“I’ve gotten even more emotionally honest,” Rachel said in response. “I think because I do songs from the show which sometimes aren’t comedic, there’s an earnestness sometimes in my live show now that there wasn’t before. The priority for me is to always crunch the jokes, find the best jokes, make the audience laugh. But I’m not afraid of emotional vulnerability with stand-up in a way that I might have been five years ago.”