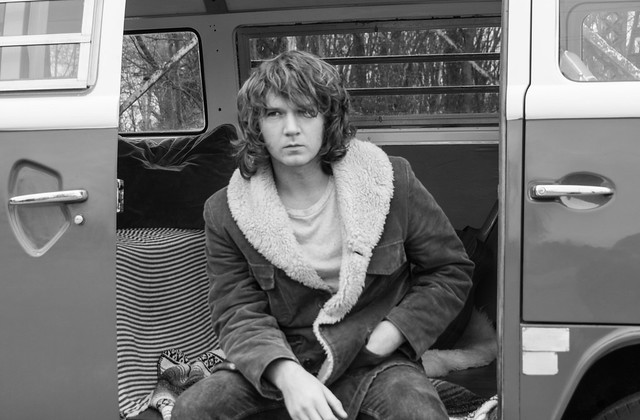 Singer-songwriter Ian Noe displayed his authentic Kentuckian bonafides as well as a shrewd sense of the greater world in a fantastic set at the Songbyrd Music House recently.

Ian, who was discovered while working in the oil fields of his home state, chronicled the stories of his small home town, Beattyville. In his opening number at Songbyrd on Oct. 5, “Letter to Madeline,” he sang from the perspective of bank robber captured in the nearby hills. He wrote of the hills again in “Growing Cold (The Canyons),” in which, “too tried to travel,” he decided, “before the snow begins to pour” to visit a “black-haired angel whore.” “Barbara’s Song” was about a 1904 train crash.

Not one to blanch at hard truths, Ian’s brutal depiction of addiction in “Meth Head” didn’t make for easy listening. In the first verse, he compared a meth addict he saw “in a dump” to “a wild dog with mange.” The second verse graphically described “the sores drainin’ ’round her mouth.”

His portraits of family were similarly unsparing. When we met his cousin Irene, she is “Lit on smoke and beer.” When she sits down for supper, we saw her “Pourin’ visine into her eyes,” her hands trembling. As Ian recounted, her father said, “You don’t seem to be quite well.”

Ian played songs he hasn’t yet recorded, like the tale of a weary soul headed for “The Promised Land” and “Crazy by the Water.” Road songs frequently appear in his sets, like the hitchhiking saga, “If Today Doesn’t Do Me In.”

Musical and pop culture influences pervaded Ian’s work. “P.O.W. Blues” referenced Merle Travis’s classic country song “Dark as a Dungeon.” Ian loosely based “Dead on the River (Rolling Down)” on the first season of one of his favorite TV shows, True Detective.

Stream Between the Country by Ian Noe on Spotify:

While Ian’s songs largely focused on life in Beattyville, they also bled past its border and allowed Ian to connect with audiences with different experiences. Anyone who has been alone at the holidays can connect with Ian’s sentiments in “Lonely as It Gets,” for example. In “I’d Rather Be Over You,” he sang about a lover he just can’t forget and move on from.

Although Ian’s lyrics contained a lot of bleak imagery, they were not without light, too. In “Junk Town,” he sang of “When we leave our troubles / And are taken / so far away.”

For his encore, Ian came back to the stage alone. He played a downbeat, acoustic version of “Born in the USA” that Bruce Springsteen played in Springsteen On Broadway. Slowed down and stripped of its bombast, the song clearly communicated the message of how veterans were let down by their country.

A fine songwriter in the country-folk tradition of his hero, John Prine, Ian joins the list of country and Americana performers to emerge from the Bluegrass State in the last several years, which includes Chris Stapleton, Sturgill Simpson, Tyler Childers, and Kelsey Waldon. There is, perhaps, some kind of magic buried along with the coal in the ground, to be found deep in the hollers.