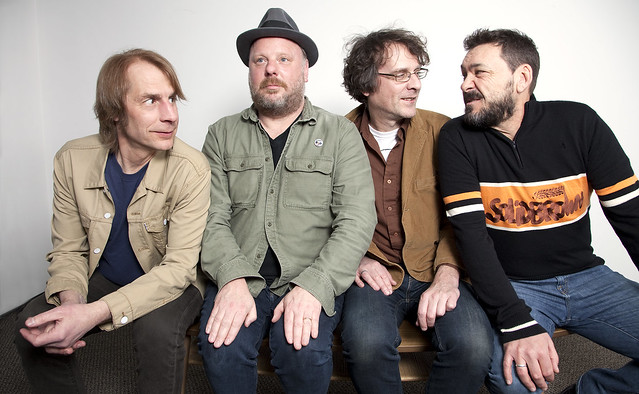 Storied Seattle alt rockers Mudhoney recently released Morning in America, an EP of seven songs that were recorded during the sessions for the band’s 2018 album, Digital Garbage. Mudhoney performs at Baltimore Soundstage on Friday, Oct. 18!

“My sense of humor is dark, and these are dark times,” says Arm. “I suppose it’s only getting darker.”

Watch the official music video for “Kill Yourself Live” by Mudhoney on YouTube:

In a review for Pitchfork, Stuart Berman says Mudhoney provides “a suitably absurd response to an absurd nation where even the most sacred spaces aren’t safe from assault-rifle rampages.”

“While they’re never lacking in agitation and spite, the Seattle scuzz-punk pioneers tend to direct their ire at more, fish-in-a-barrel targets: posers, douchebags, themselves. But you know things in the world are really getting bad whenever Mudhoney remove tongue from cheek to deliver a grave diagnosis of a festering societal condition, be it the rise of evangelical extremism or neocon war pigs,” Stuart wrote.