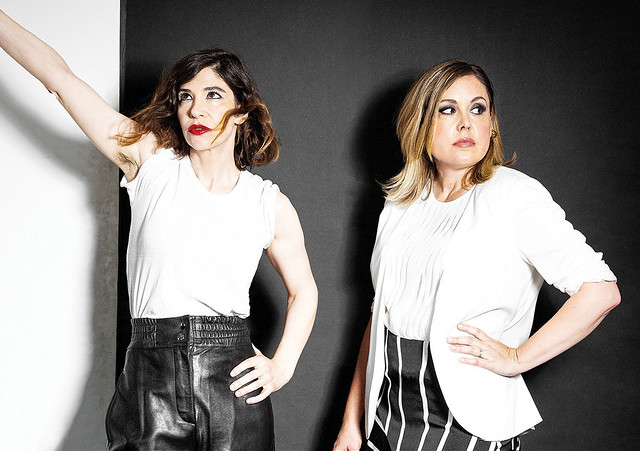 Corin Tucker (vocals and guitar) and Carrie Brownstein (guitar and vocals) bring their punk rock duo Sleater-Kinney to The Anthem on Friday, Oct. 25, following the release of The Center Won’t Hold, the band’s ninth studio album, in August via Mom + Pop Music.

In announcing the album, Sleater-Kinney confirmed the record was produced by Annie Clark, aka St. Vincent. The band said that The Center Won’t Hold is as political as all of its previous records, but Carrie emphasized the addition of “the person — ourselves or versions of ourselves or iterations of depression or loneliness — in the middle of the chaos.”

Watch the official music video for “Can I Go On” by Sleater-Kinney on YouTube:

In a review for Pitchfork, Caryn Rose said the three women behind the record have produced a result that is “sad and sardonic, but not mournful.”

“Their alliance with St. Vincent has resulted in sleek, streamlined, capital-P Production that stands out from the unadorned directness of the rest of their catalog. But it is bold and loud in the same way we expect from Sleater-Kinney; the tight economies of their previous work are still present, just manifesting themselves differently. The lyrics, too, remain direct and immediate, yet elegant and precise. None of these are new descriptors for Sleater-Kinney,” Caryn wrote.