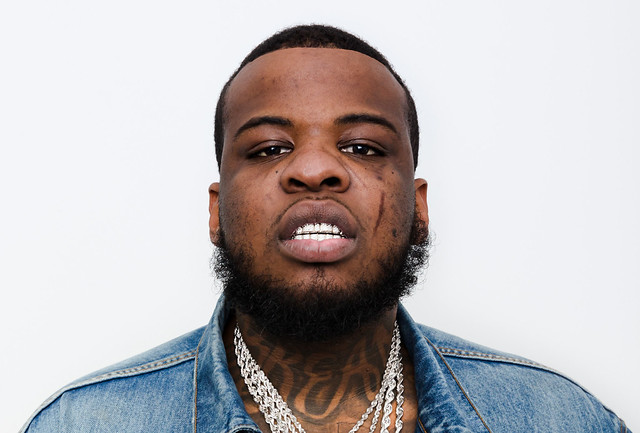 Rising from extreme poverty in the Houston slums to become one of rap’s most compelling raconteurs, Maxo Kream’s story is just beginning. Turning the page to a new chapter, Maxo released Brandon Banks, an album that brings listeners back into the world of Maxo Kream — a world that contrasts the grim realities of poverty with the luxurious life of a successful rapper.

Born Emekwanem Ogugua Biosah Jr., Maxo grew up idolizing his father who spent much of Maxo’s youth in-and-out of prison. In his illegal enterprise, his father used the code name Brandon Banks.

Said Maxo Kream: “This album is me telling the story of how I’m just like my dad except he was a scammer and I was a trapper. Despite his flaws, he was a great parent, always made sure the rent was paid, made sure I went to school, taught me right from wrong. I wasn’t raised to be a trapper, it just happened because of my circumstances. My relationship with my dad now is great – I used to be terrified of him growing up but now that’s my n****a. We’re like yin and yang.”

Watch the official music video for “Meet Again” by Maxo Kream on YouTube:

“All of Maxo Kream’s songs trace heart-stopping scenes, but there isn’t a verse in his discography more gripping than the closer on ‘Roaches.’ It’s like something out of organized crime cinema, full of high stakes drama and involuntary introspection, delivered with the huffed demeanor of someone resigned to a life full of complications,” said Pitchfork.