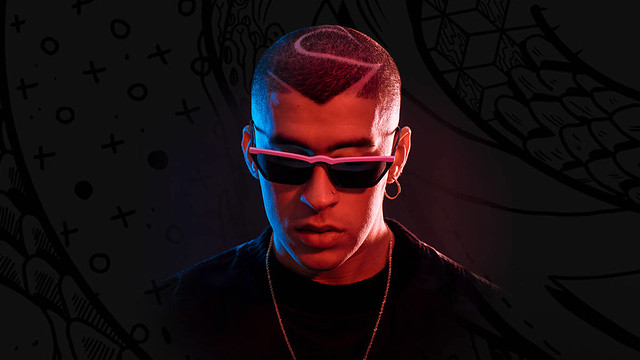 Puerto Rican trap singer Benito Antonio Martínez Ocasio, better known as Bad Bunny, released his debut album, X 100Pres, in December, then followed that up with a collaborative album with J Balvin, titled Oasis. Bad Bunny performs at EagleBank Arena on Friday, Nov. 1, for a stop on his X100PreTour.

In a short time, Bad Bunny has seen a meteoric rise in popularity. The artist has achieved unprecedented success with singles such as “Estamos Bien,” “Chambea,” “Diles,” “Soy Peor,” and “Tu No Vives Así,” as well as his massive collaborations, including “I Like It” with Cardi B and J Balvin; “Krippy Kush” with Farruko, Nicki Minaj, and Travis Scott; and “Mia” with Drake. His talent has been unmistakable, and it is so unique that he has seamlessly transitioned to the general market, performing on stage at the American Music Awards, Coachella Music Festival, and even The Tonight Show Starring Jimmy Fallon.

Watch the official music video for “I Like It” by Cardi B, Bad Bunny, and J Balvin on YouTube:

“In some ways, X 100PRE (a stylization of ‘por siempre’ or ‘forever’) presents a new Bad Bunny, a bellwether for the new stars of urbano. Like his contemporaries J Balvin and Daddy Yankee, he’s refused to pick a lane or to repress parts of himself that might seem antithetical to an urbano audience historically resistant to deviations from traditional masculinity. He bucks gender norms (wearing cutoff shorts and nail polish) and uses his massive platform to decry domestic violence. With X 100PRE, we’re finally able to see all of these sides of Bad Bunny in a singular statement,” Matthew wrote.