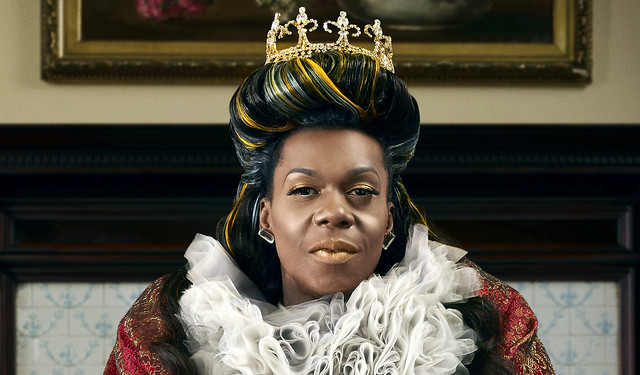 Freddie Ross, better known as Big Freedia, released 3rd Ward Bounce, her latest EP, last year, and she’s on tour with a stop at 9:30 Club on Tuesday, Oct. 29. All of this is totally appropriate as the Queen of Bounce brings high spirits and funky dance moves to DC once again.

Set to perform at 9:30 Club for her Azz Across America Tour, Big Freedia proclaimed, “We are going to shake our asses off.”

Big Freedia most recently appeared with Kesha for a collaboration track, “Raising Hell,” accompanied by a music video where Kesha plays a televangelist converted to the playful church of partying.

“Freedia is an inspiring performer and I cant wait to share the stage with him and make some beautiful stuff happen. Asses will be shook and hearts will be melted. These will be wild, uplifting shows for all the boys and girls,” Adam Weiner of Low Cut Connie said in a press release. “These are intense times in the USA. Me and Freedia wanna bring together all kinds of people, shake them up and uplift them. Feeling joy together is an audacious response to chaos and disharmony.”

Last year, Low Cut Connie released their critically acclaimed album Dirty Pictures (Part 2) and made their network television debut on Late Night with Seth Meyers. The album was praised by New York Post, Morning Edition, A.V. Club, NPR Music, Billboard and plenty more including Rolling Stone who in January of 2019, featured the band in the print edition of their Year in Music issue chronicling the band’s 2018 tour.