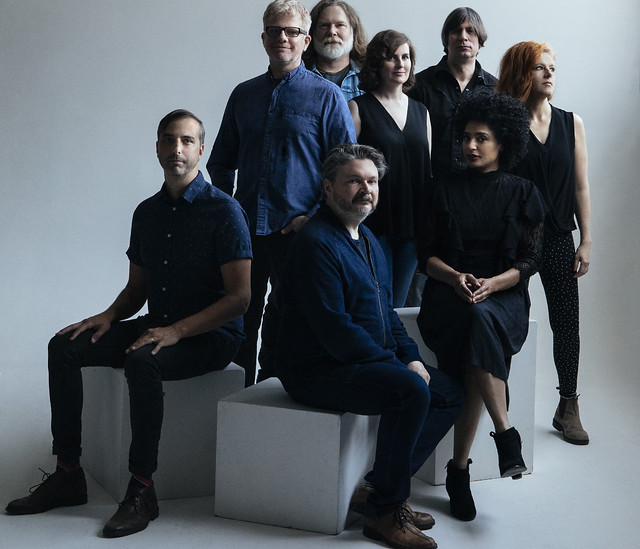 Canadian rockers The New Pornographers released In the Morse Code of Brake Lights, the band’s eighth studio album, in September via Collected Works Records. The group’s accompany tour takes them to the 9:30 Club, for a sold-out show, and the Lincoln Theatre on Wednesday, Nov. 6!

“I was about two-thirds of the way through the record when I began to notice that lyrically so much of it was pointing toward car songs,” said frontman AC Newman. “The opening track is ‘You’ll Need a Backseat Driver,’ and that was a metaphor that seemed to be running through other songs, too. Next to the love song, I feel like the car song is one of the most iconic kinds of songs in pop music, from Chuck Berry to the present. There was so much of that throughout it that I started thinking: ‘Oh, no, there’s too many references to cars on this record!’ And then I thought, ‘No, that’s good — people might think it’s a concept album.’”

Watch the official music video for “Falling Down the Stairs of Your Smile” by The New Pornographers on YouTube:

Said Rolling Stone, the “Canadian-American supergroup stares down societal collapse with dazzling multi-part harmony,” while Pitchfork observed, “Though a sense of doom lurks at the heart of the venerable band’s eighth album, they remain determined to keep classic guitar-pop alive by slyly twisting and expanding the form.”