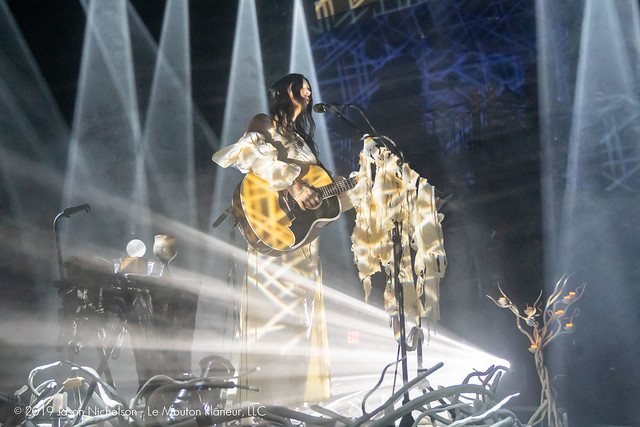 Chelsea Wolfe appeared at 9:30 Club recently on her American Darkness Tour, and Jason Nicholson has the photos to prove it.

On Nov. 3 at 9:30 Club, Chelsea appeared solo, backed only by keyboardist Ben Chisholm, for appropriately haunting set of tunes for a belated Halloween experience. Chelsea’s striking and memorable set found her lit by candles, surrounded by wood — the wood and the lights created an effect as if she were a witch being burnt at the stake.

Chelsea’s 17-song set drew heavily from Birth of Violence, her sixth studio album, which was released earlier this year via Sargent House.

Stream Birth of Violence by Chelsea Wolfe on Spotify:

Stripping her moving music back to basics, Chelsea beguiled her audience with new songs like “American Darkness” early in the set and “Little Grave” toward the end of it. She performed several covers, which were totally appropriate for her despite how different they were — “Night of the Vampire” by the late Roky Erickson around the concert’s midpoint and “Woodstock” by Joni Mitchell soon afterward.

Her cover of “Woodstock” was a truly transcendental moment in the show. The outsized impact of the legendary folk singer on the younger gothic artist is substantial. After all, as Chelsea once revealed, her parents named her for Joni’s song “Chelsea Morning.”

In opening and closing the show, Joni nodded to the acclaimed compilation Unknown Rooms: A Collection of Acoustic Songs. She opened with “Flatlands” from that album and returned for a one-song encore of “The Way We Used To.”

As Revolver said, “Sounding like she’s been sequestered on a mountain top with nothing but books on witchcraft and a handful of Joni Mitchell records (reflecting her actual retreat into the woods to work on new material), the singer/songwriter flexes her emotional and musical growth on this gorgeous, introspective cut.” And Treble added that the new album “offers rewards for those who listen more closely, who engage with its intimately affecting material.”

Chelsea remains on tour through Nov. 21. For more info, visit her website.

Here are some pictures of Chelsea Wolfe performing at 9:30 Club on Nov. 3, 2019. All photos copyright and courtesy of Jason Nicholson. 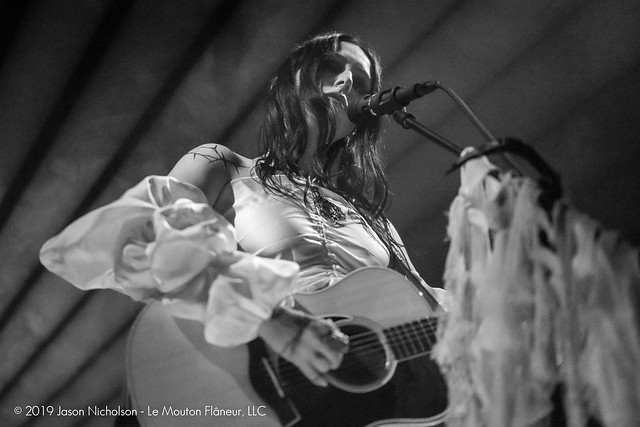 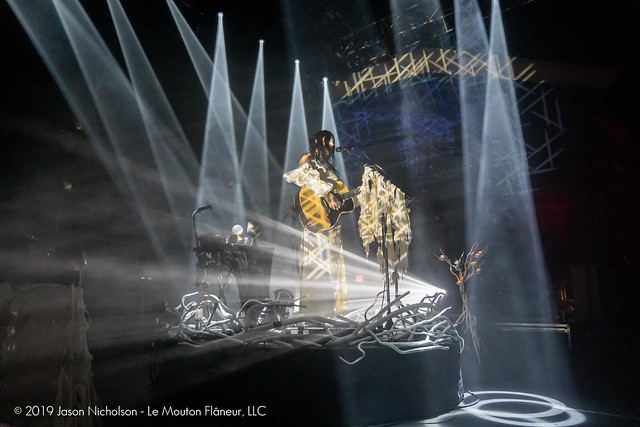 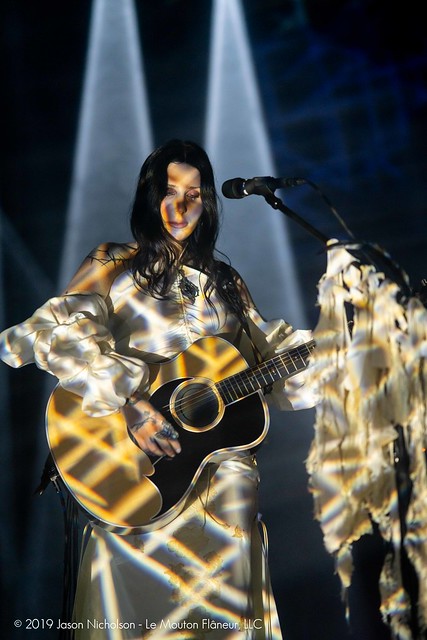 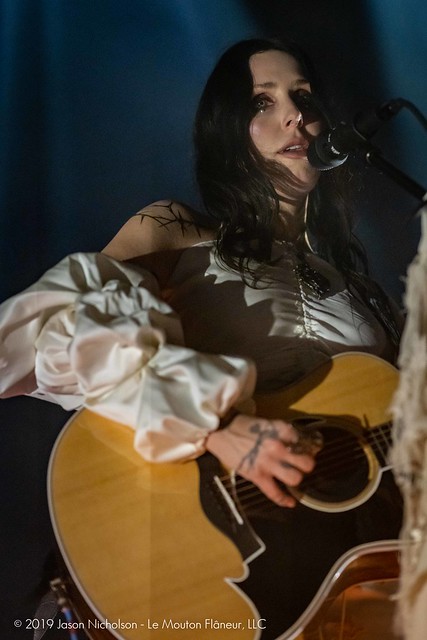 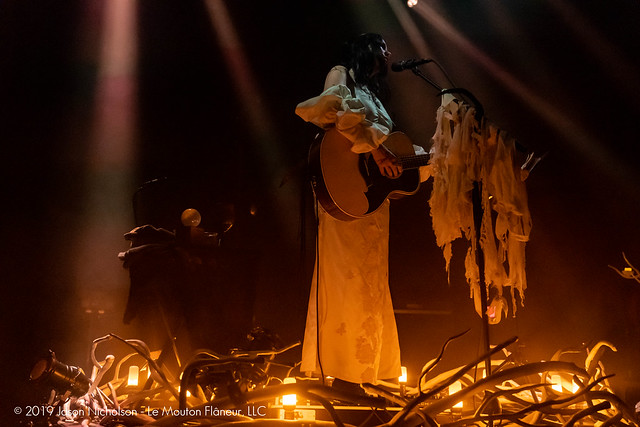 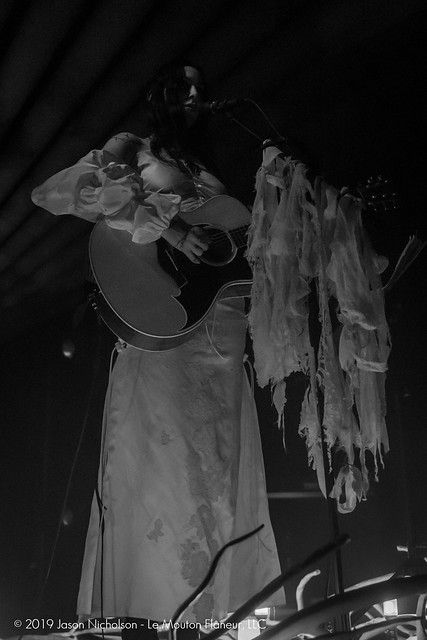 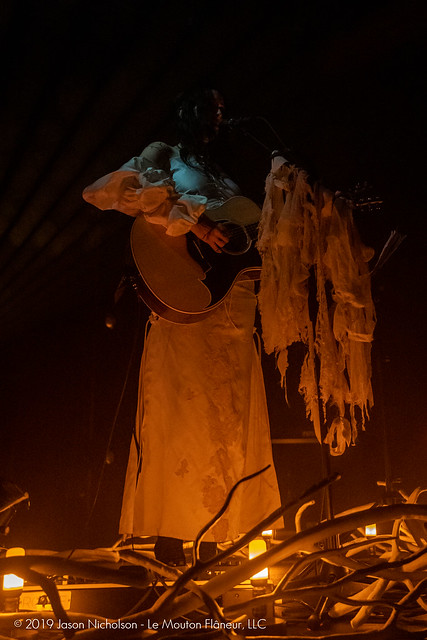 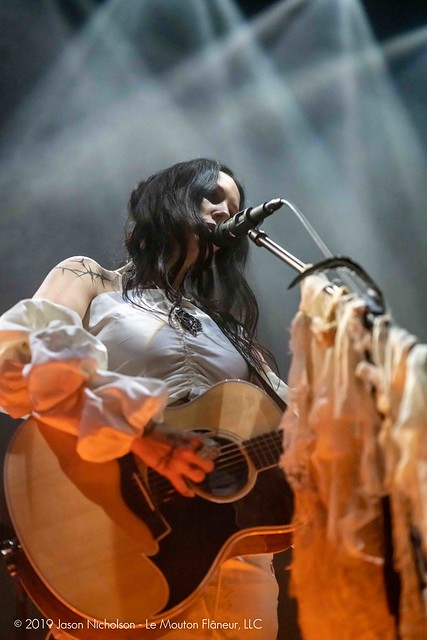 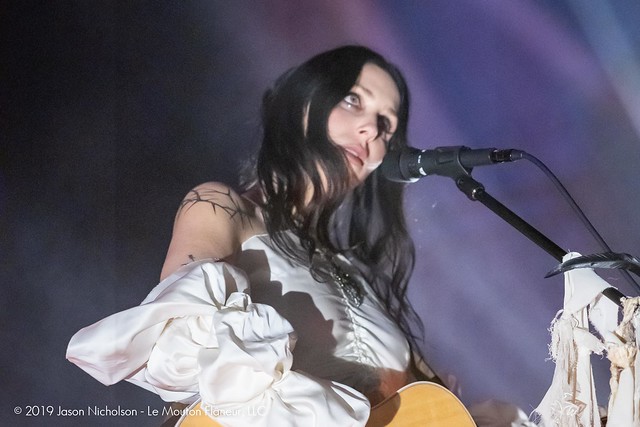 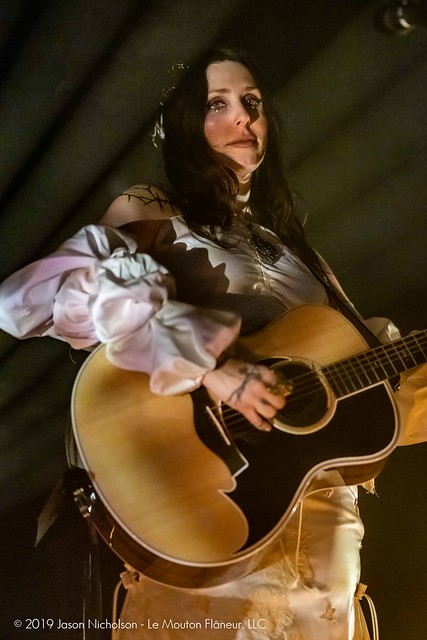