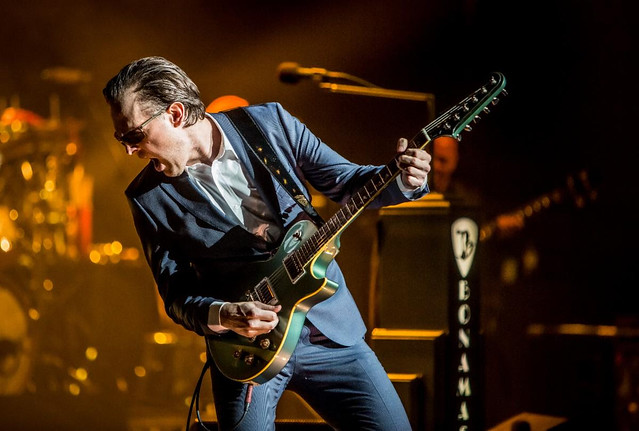 Joe’s enthusiastic live shows are one of the biggest parts of his career, and a favorite for music lovers everywhere. He captured that enthusiasm with Live at The Sydney Opera House, a brand new collection of live hits from his 2016 performance at the legendary venue.

As a two-time Grammy-nominated artist who recently achieved his 21st #1 album on the Billboard Blues Chart, Redemption, Joe is only in his early 40s and he’s already become a living legend with an astounding multi-genre catalogue of music. A prolific writer who is always on the hunt to expand his eclectic musical horizons, Joe has a limitless work ethic whether it’s in studio, on the road, or working with other artists to spur new music.

Watch Joe Bonamassa perform “This Train” live at the Sydney Opera House from his 2016 tour on YouTube:

The New York state native opened up for BB King when he was only 12 years old and has since played alongside such artists as Eric Clapton, Stephen Still, Derek Trucks, Warren Haynes, Steve Winwood, and Buddy Guy among others.