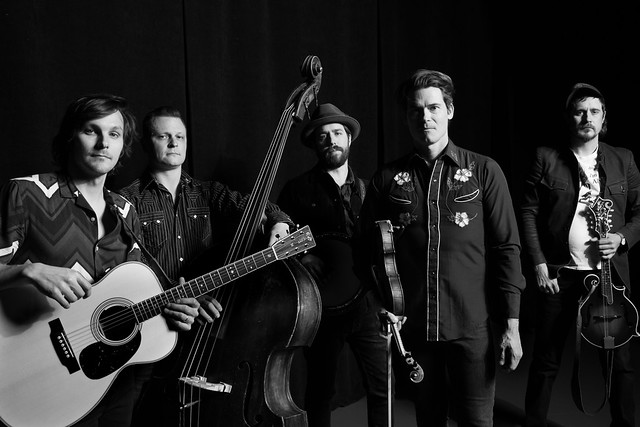 The new live record honors the history and traditions of Nashville’s legendary Ryman Auditorium and captures the raucous energy of Old Crow Medicine Show’s performances at the venue.

Watch a special unplugged performance of “Methamphetamine,” filmed at the Ryman, by Old Crow Medicine Show on YouTube:

Old Crow Medicine Show had the incredible fortune of debuting at the Opry at the Ryman in 2001, and by 2005, were headlining their own shows at the venue. The band’s New Year’s Eve shows, which began in 2009, have become an annual pilgrimage, with their trademark explosive performances continuing to captivate audiences year after year.

Old Crow Medicine Show has received praise from a variety of press including NPR Music, The New York Times, Rolling Stone, Billboard, and many more. The band has continued to tour extensively since the release of their acclaimed 2018 album Volunteer, which The Associated Press said “combines the band’s familiar buskers-on-steroids vibe with some of the best songwriting its members have ever done.”