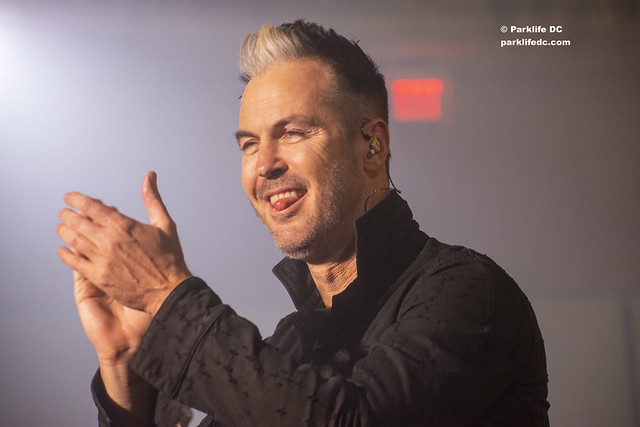 Michael Fitzpatrick fronts Fitz and The Tantrums at the Conrad Washington, DC, on Nov. 8, 2019. (Photo by Mickey McCarter)

Fitz and The Tantrums came to town for a private show recently, and the band got things cooking behind the scenes and on the stage for an exclusive party at the Conrad Hilton Hotel Washington, DC.

Lead vocalist Michael Fitzpatrick and company released All the Feels, a fourth studio album, in September via Elektra Records. And the band does indeed have a North American tour booked, including a stop at The Anthem on Valentine’s Day, 2020. But Hilton Honors members got an intimate performance all their own on Nov. 8, when Hilton Honors and Live Nation teamed to bring Fitz and The Tantrums to the Conrad.

Prior to the show, Michael Fitzpatrick and co-vocalist Noelle Scaggs visited Estuary, the high-end restaurant in the hotel, to participate in a cooking masterclass with chef-owner Michael Voltaggio. The duo were able to sample the chef’s creations before they joined their bandmates for the roughly hour-long exclusive show.

These pix of Michael Fitzpatrick and Noelle Scaggs with Michael Voltaggio and the entire Fitz and The Tantrums band are courtesy Koury Angelo and Getty Images for Hilton. 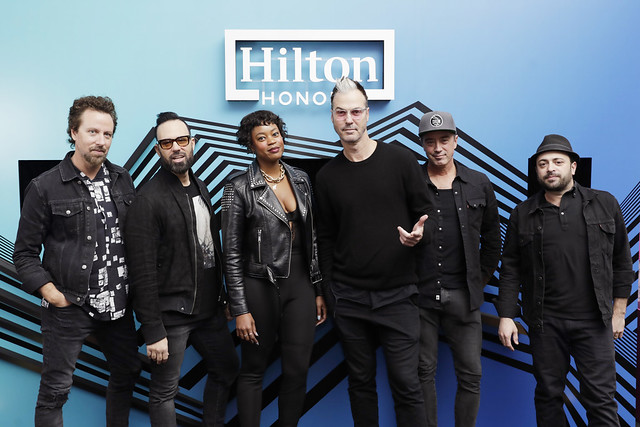 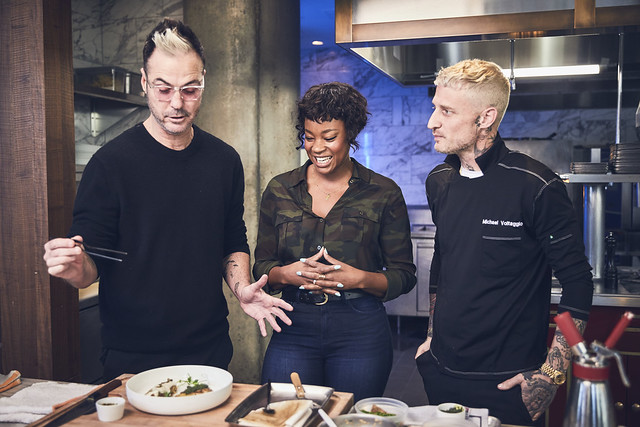 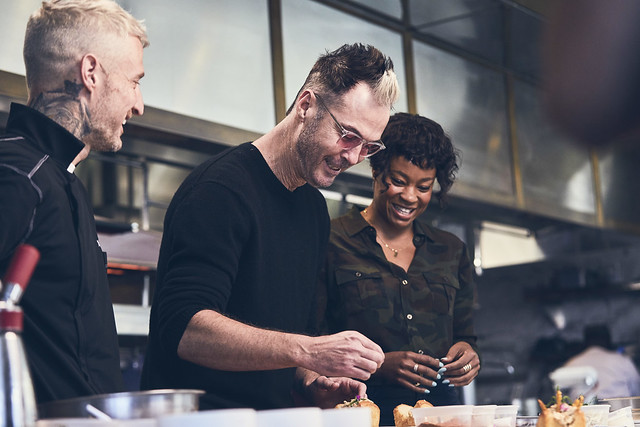 On stage, Michael and Noelle charged into their catalog of electronic soul with Joseph Karnes (bass), Jeremy Ruzumna (keyboards), John Wicks (drums), and James King (sax, flute, keys, and more). The sextet went out of the gate featuring More Than Just a Dream, their sophomore album, with an energetic performance of the song “Spark.” Next to their new record, More Than Just the Dream received the most love from the band during the 16-song set, which included the album’s “The Walker” as the last song of the encore.

All the Feels, of course, dominated the performance as the loose crowd grooved the night away to the likes of “123456” early in the set — now there’s a crowdpleaser where everyone can sing along — and “Hands Up” to close the set, along with an appearance by the title track in the encore.

Stream All the Feels by Fitz and The Tantrums on Spotify:

Michael was in fine voice, and he took to his guitar to shake and stomp the night away. Noelle shimmied and shined, rattling a tambourine and opening her powerful voice to the Conrad’s hidden stage, tucked away to the side of a ballroom but harboring a state of the art soundsystem and plenty of elbow room.

The show was full of high points, one of which came early when Michael recalled the times they played venues like the Black Cat (way back in 2010!). He thanked longtime DC fans before the band broke into “MoneyGrabber,” the only song played from the group’s debut album, Pickin’ Up the Pieces.

Fitz and The Tantrums also played a few songs from the band’s popular self-titled album, which arguably put them on the map in many quarters. And of those, they got the most raucous reaction for the unstoppable “HandClap,” as you can imagine. Audience participation was 100 percent as Michael called upon the crowd to slap along to the beat.

If I had forgotten, Fitz and The Tantrums reminded me that they also have a powerful version of “Sweet Dreams” by the Eurythmics in their arsenal, and they rolled it out near the midpoint of the show for an absolutely magnetic interlude where they engaged the audience with a call and response segment with “movin’ on” in response to the band’s prompt of “Keep your head up.”

Revelers received the VIP treatment as they indulged in hors d’oeuvres and an open bar prior to the show, and the party continued after the band wrapped the show. All in all, Hilton Honors ensured an excellent experience for participants, and even sent everyone home with a freshly screened Fitz and The Tantrums t-shirt at the end of the night — a terrific keepsake!

Do yourself a favor and make plans to see Fitz and The Tantrums when they return to DC for a big show at The Anthem on Feb. 14, 2020. Buy your tickets online now.

Here are some pictures of Fitz and The Tantrums performing at the Conrad Hilton Hotel in DC on Nov. 8, 2019. All photos below courtesy of Mickey McCarter. 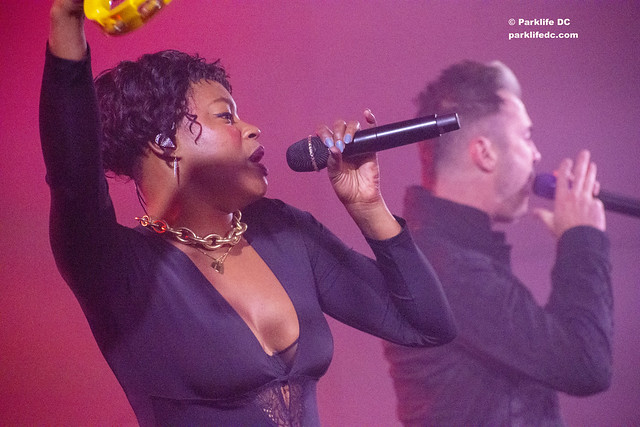 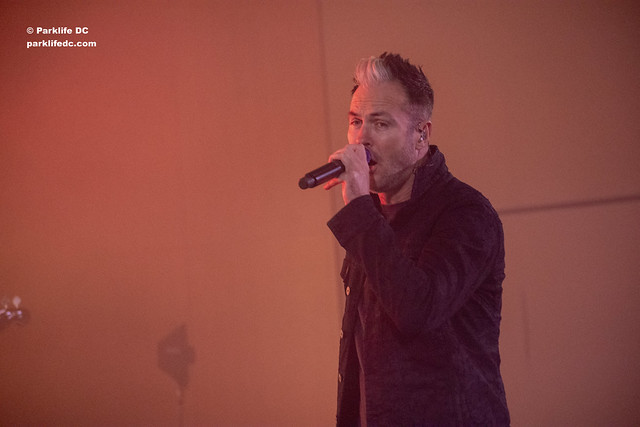 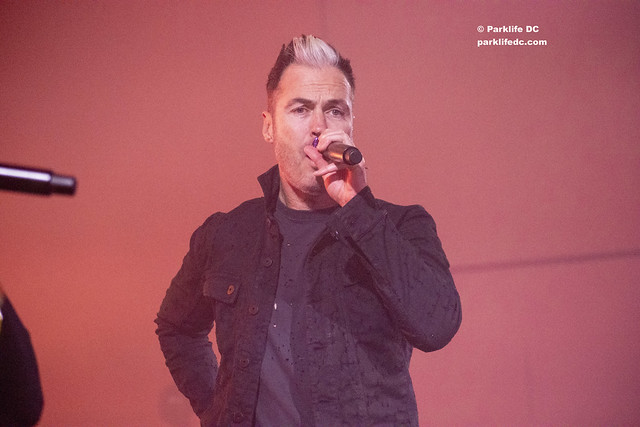 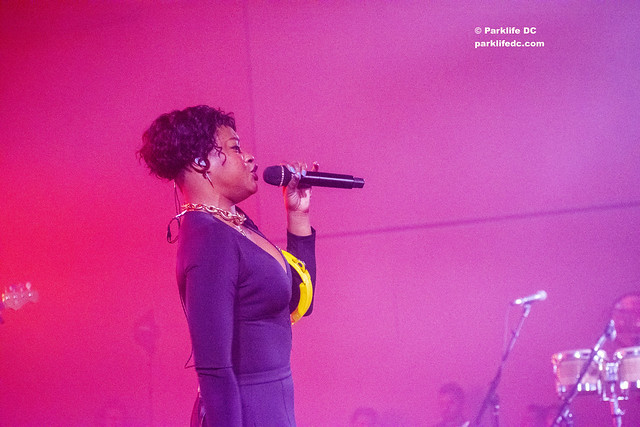 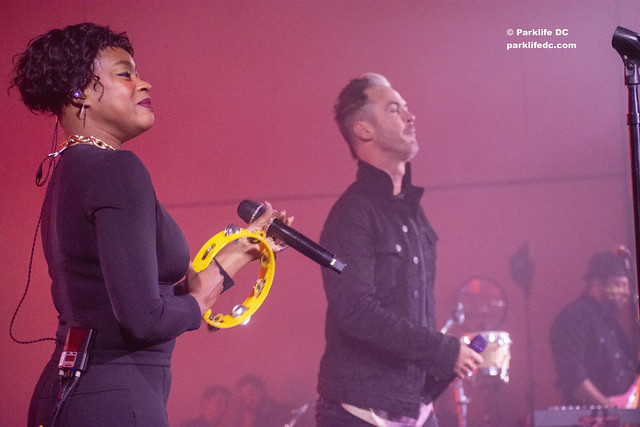 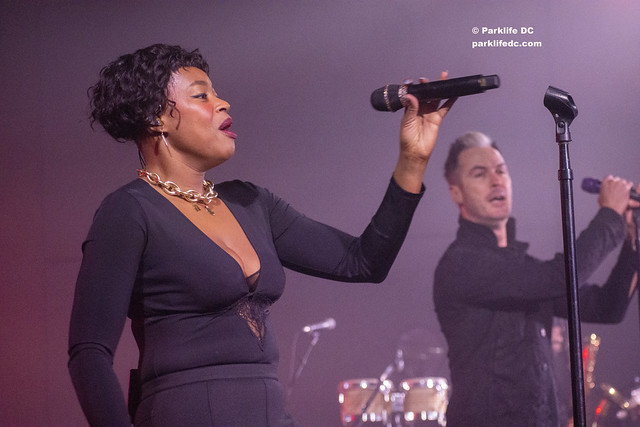 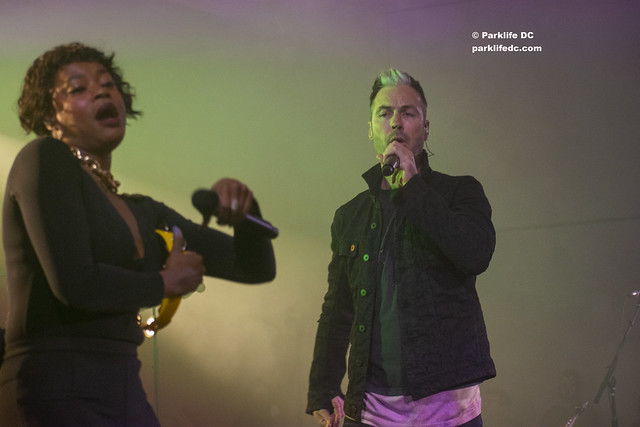 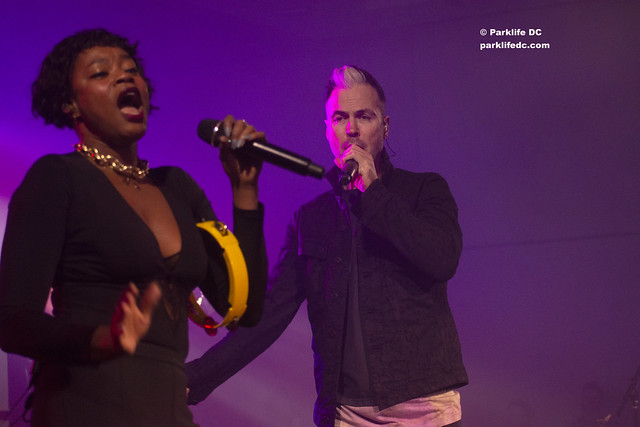 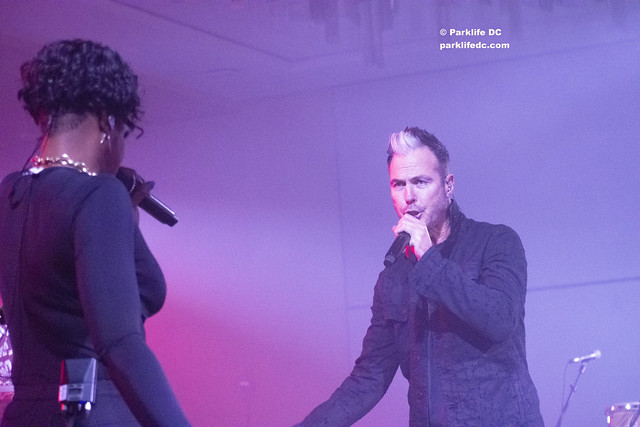 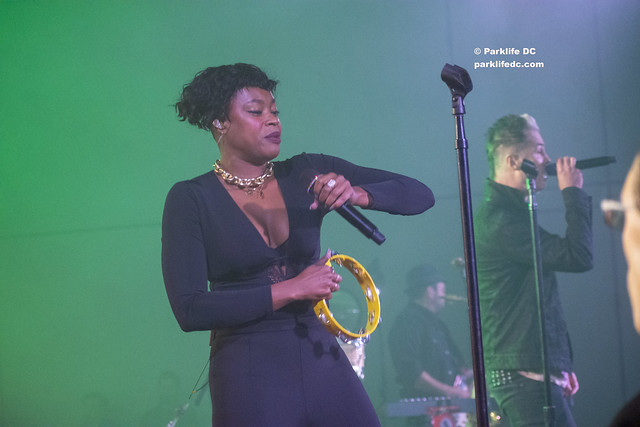 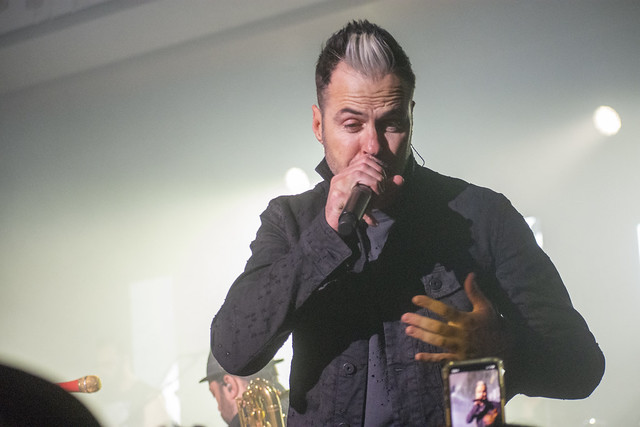 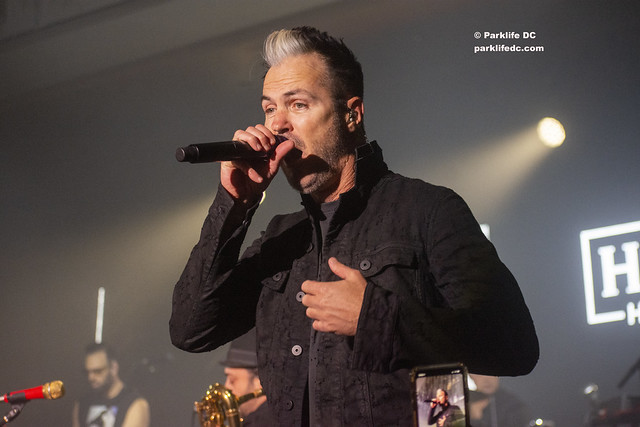 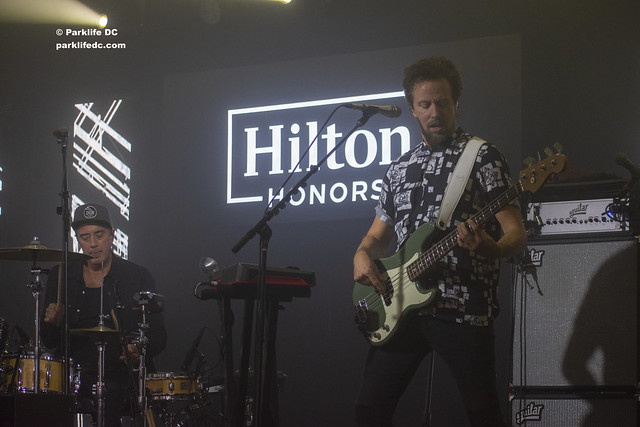 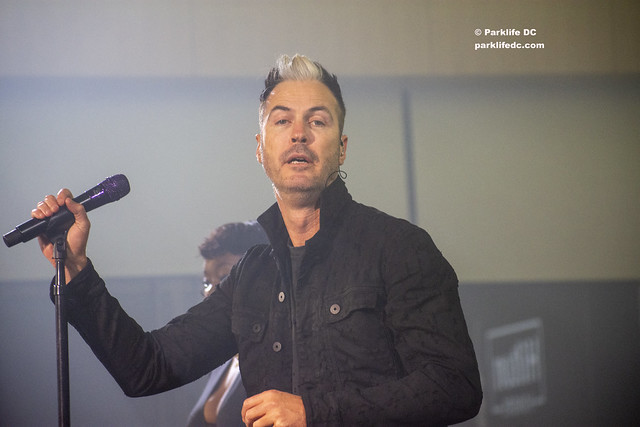 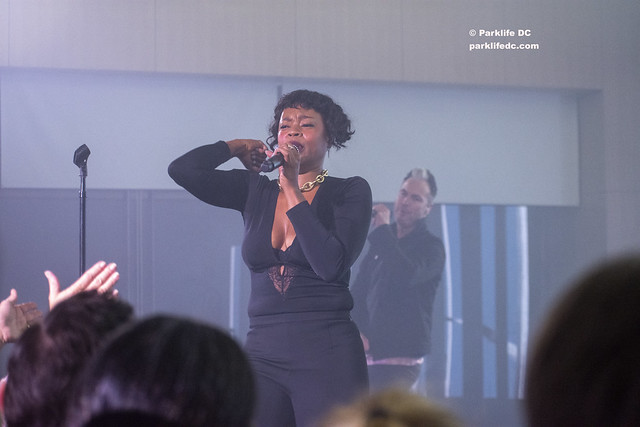 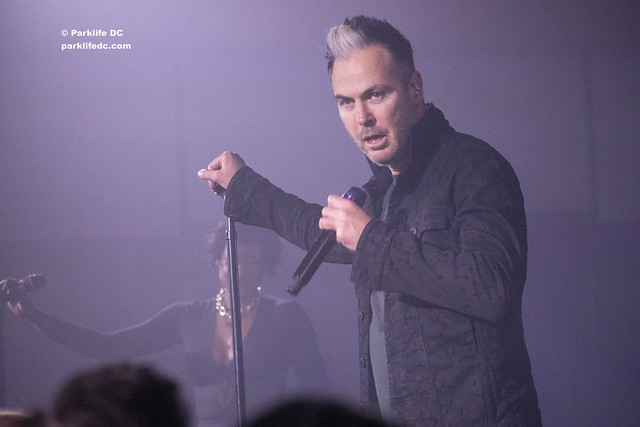 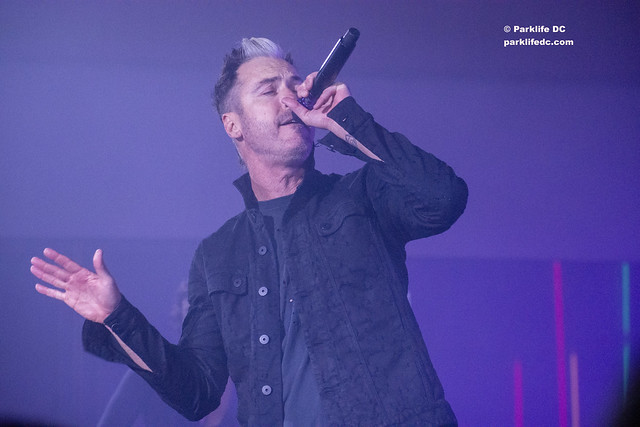 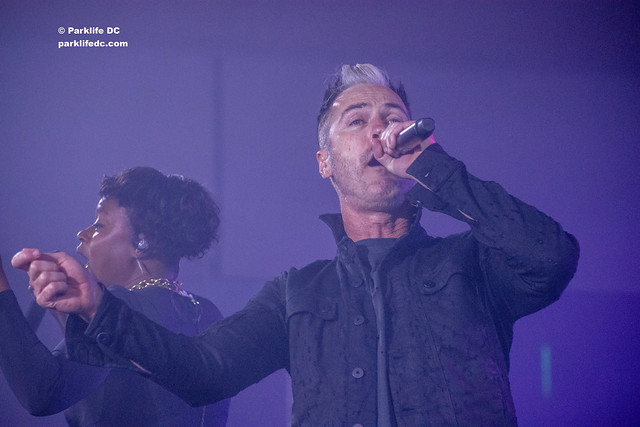 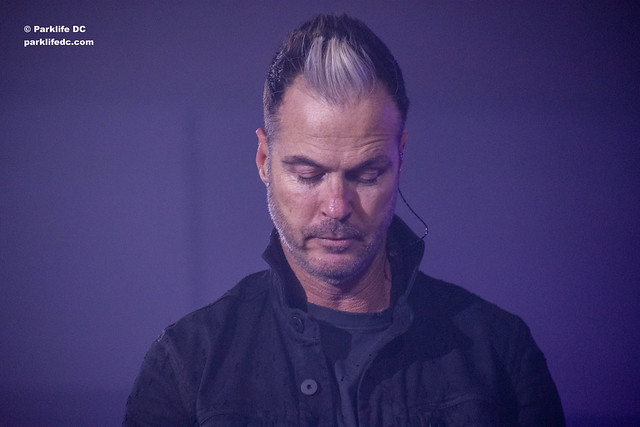 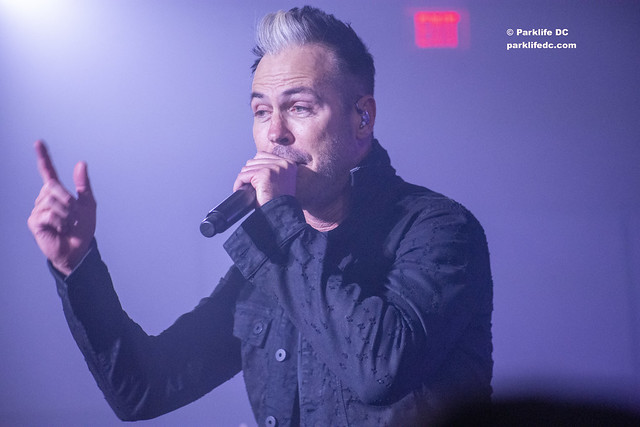 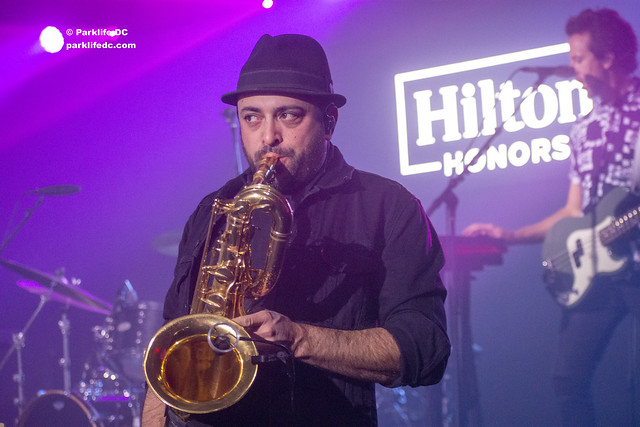 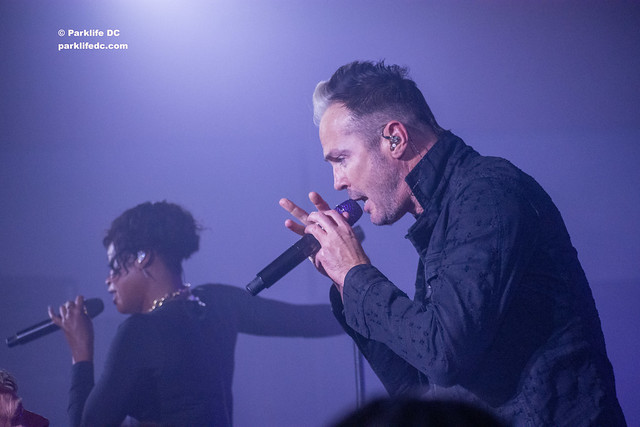 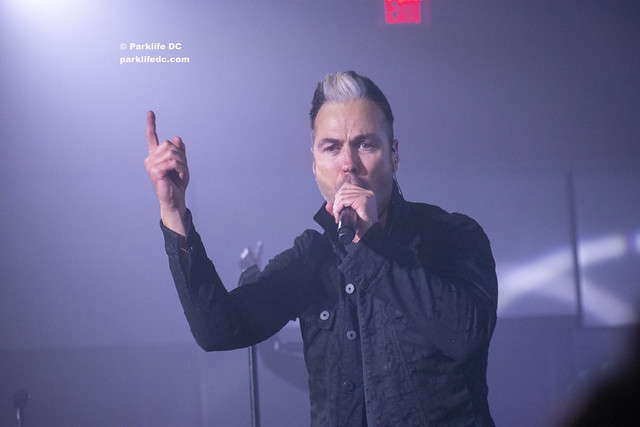