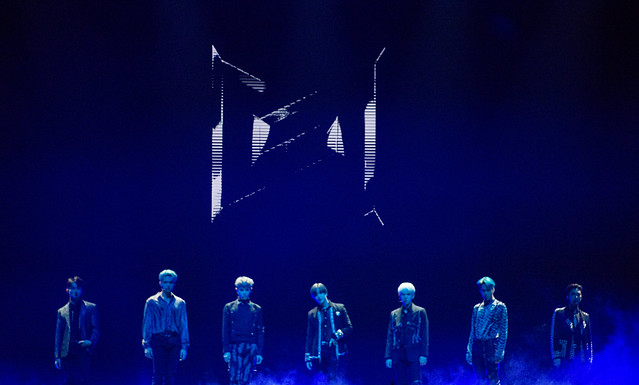 SuperM performs at the EagleBank Arena on Nov 17, 2019. (Photo by Brenda Reyes)

It’s really rare for Korean idols to come to the DMV area, but it was a special treat to see SuperM dazzle the EagleBank Arena recently.

SM Entertainment is considered one of the Big 3 of entertainment companies in South Korea for idol groups — and SuperM includes seven members from four SM boy groups: Taemin from Shinee, Baekhyun and Kai from EXO, Taeyong and Mark from NCT 127, and Ten and Lucas from WayV.

SuperM released a debut mini-album in October, led by the single “Jopping.” At EagleBank Arena on Nov. 17, fans could not stop singing and chanting along with the song when it played. That memorable song was followed by “2 Fast,” “No Manners,” “Super Car,” and “I Can’t Stand the Rain.”

The 1st Mini-Album by SuperM has only five songs, so you might suspect that it would be a short concert. But on the contrary, each member of the K-pop supergroup had his own solo to showcase. Each performed unreleased singles from upcoming solo projects.

And each member in their perspective groups has a strong suit in each of those groups. So, as Korean idols, they must be able to dance, sing, and rap. Kai and Ten had choreographed something special for their solo, as they are strongest dancers in their perspective SM group. Lucas and Mark showcased their Korean rapping skills. And Taemin? He is a triple threat in all three categories.  Meanwhile, Baekhyun also showcases his skills as the leader of the group.

Stream The 1st Mini-Album by SuperM on Spotify:

While each member got ready for their solo, members took an opportunity to thank fans and how grateful they all were to perform. Without the support of fans, these K-pop superstars wouldn’t be able to tour in America or even make music, SuperM said.

Experiencing a K-pop concert is something totally different from a regular concert. The fans are known to create chants for groups, bring along a lightstick (that synchronizes during each song), and carry posters to support their bias (*bias* means their favorite member of the group).

It’s a different experience and of course the language barrier might be an issue for some music listeners. People might say “Why do you like it if you can’t even understand Korean?” Go to a concert and that will answer your question. The idols put on a real show with their vocal and dance talents. Many of them train with each entertainment company for between 3-7 years before a group is even formed. So, to see everything come to life was an amazing sight to behold.

SuperM met all my expectations and surpassed them. These top-notch members from their perspective groups left everything on the stage. Now only if they could combine girl groups like Red Velvet into the mix! But K-pop fans can only dream for now.

SuperM just wrapped the first leg of this tour, but the supergroup will back in United States in 2020. You can get your tickets here!

Here are some photos of SuperM performing at EagleBank Arena on Nov. 17, 2019. All photos copyright and courtesy of Brenda Reyes 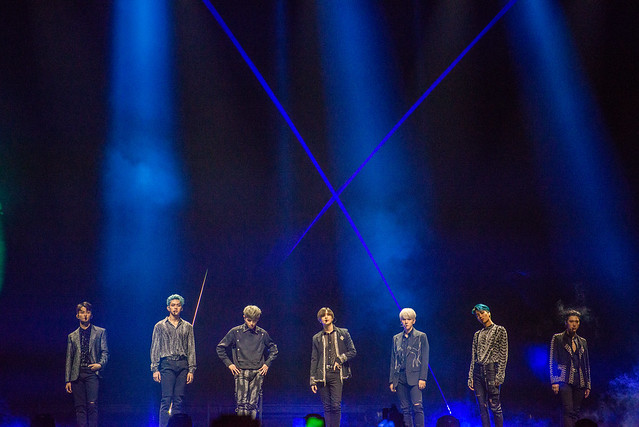 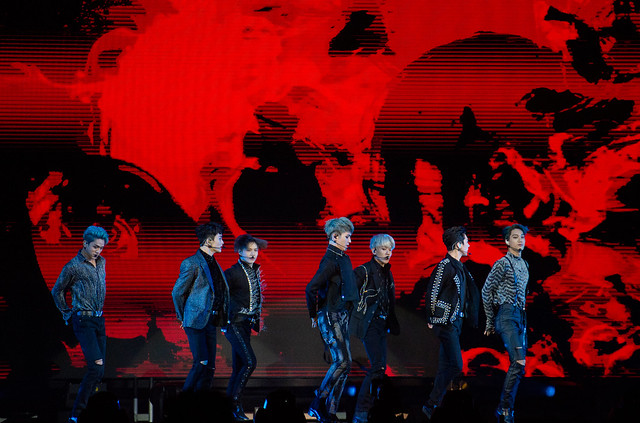 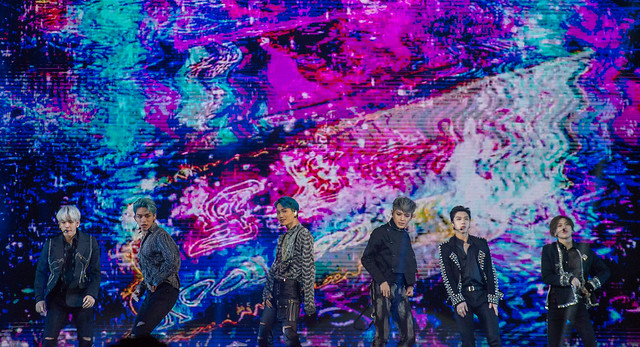 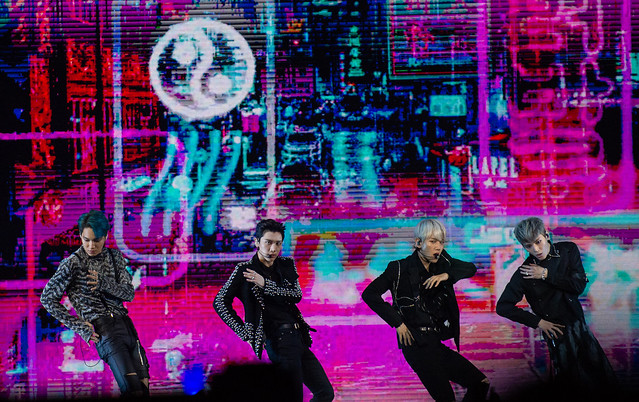 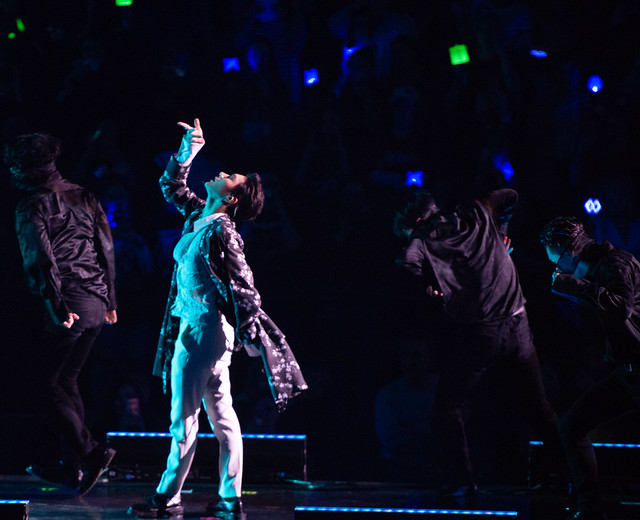 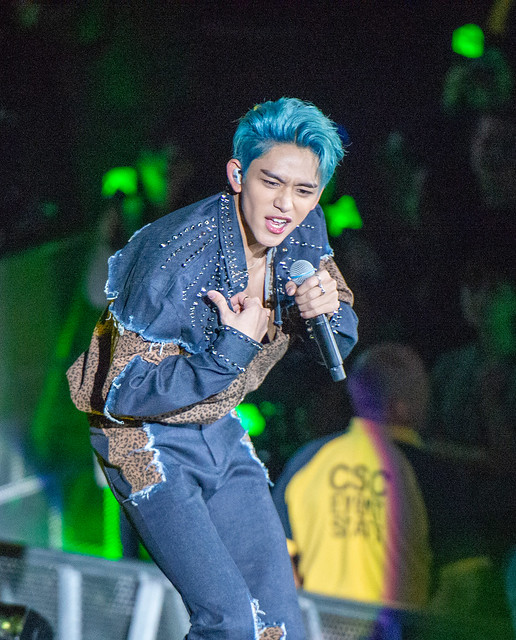 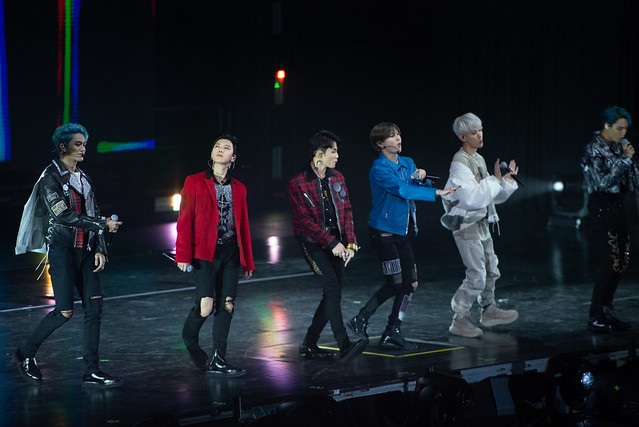 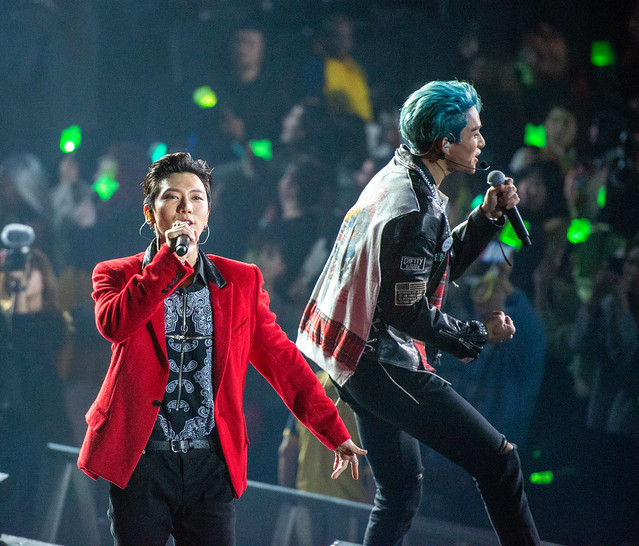 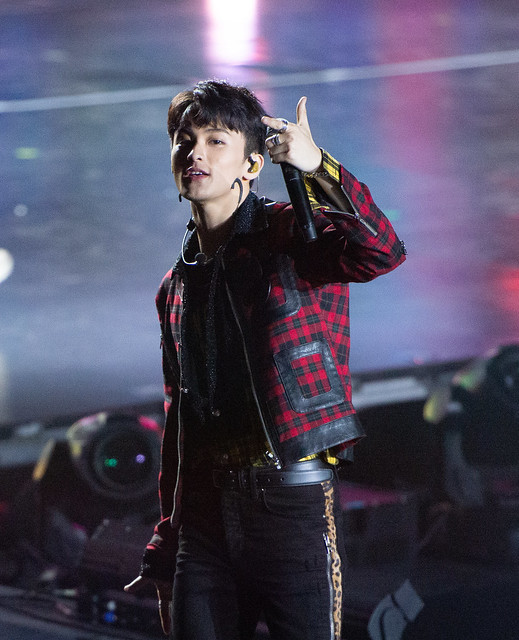 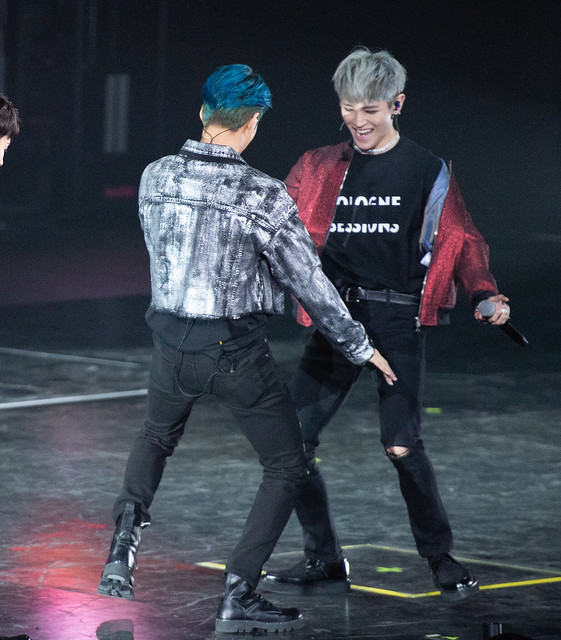 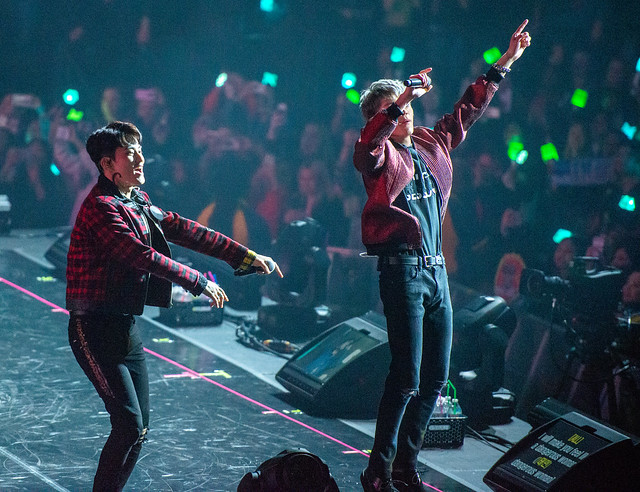 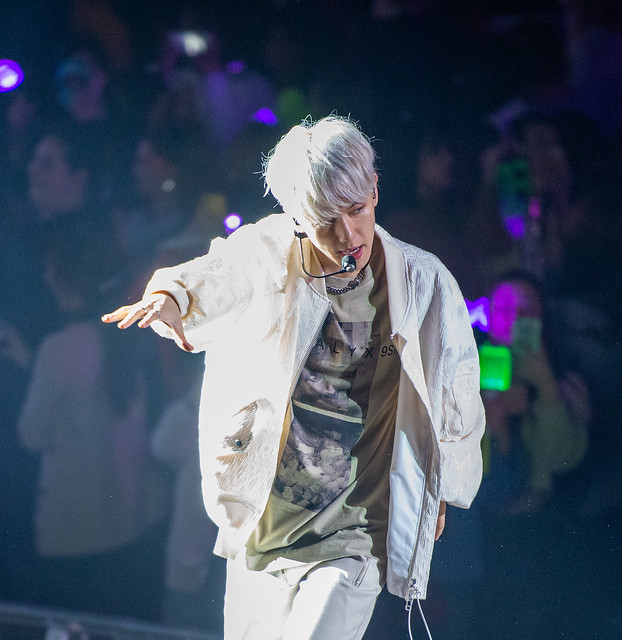 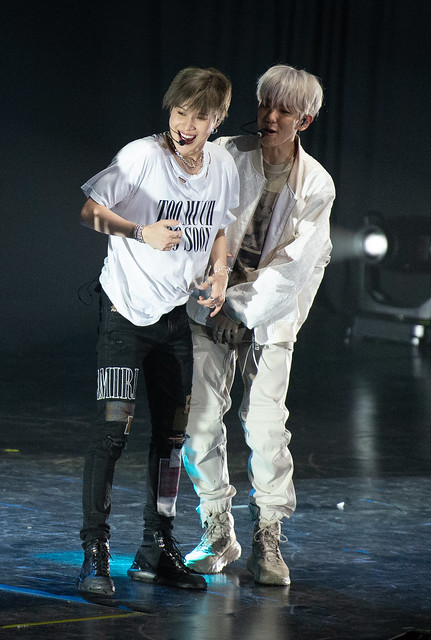 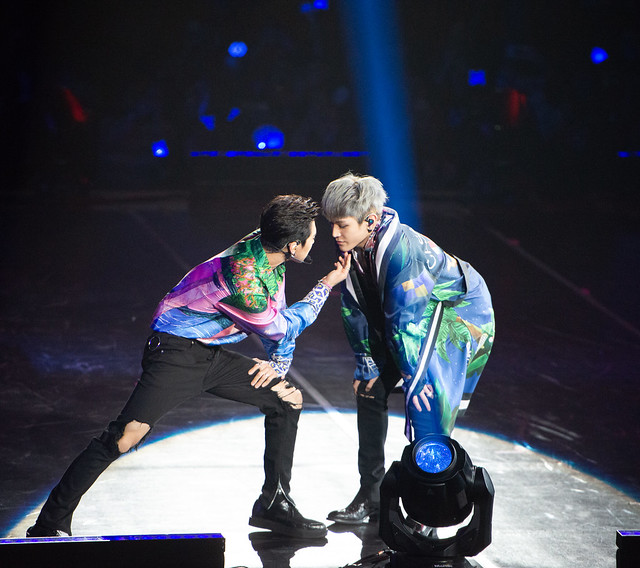 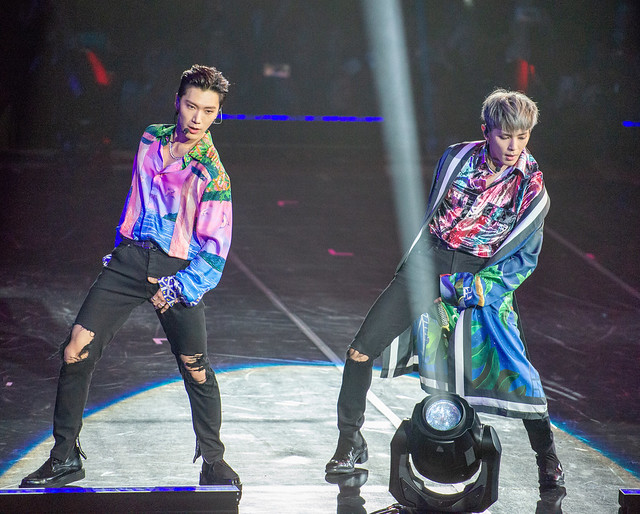 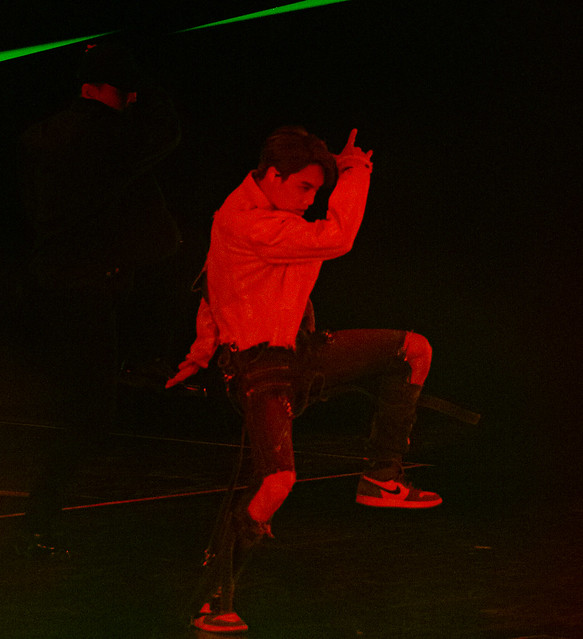 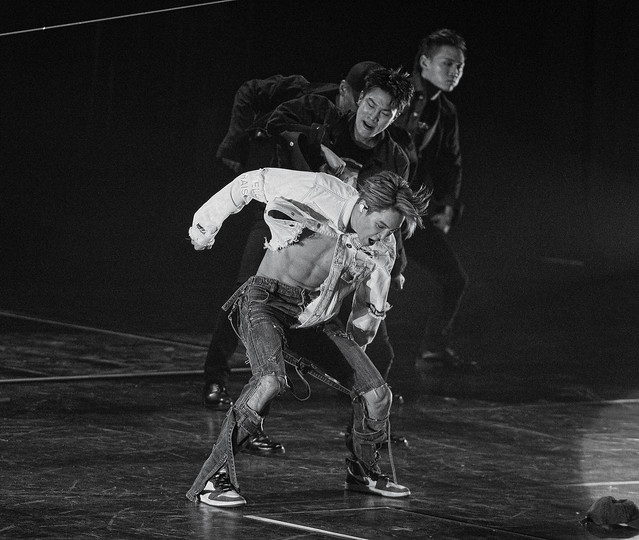 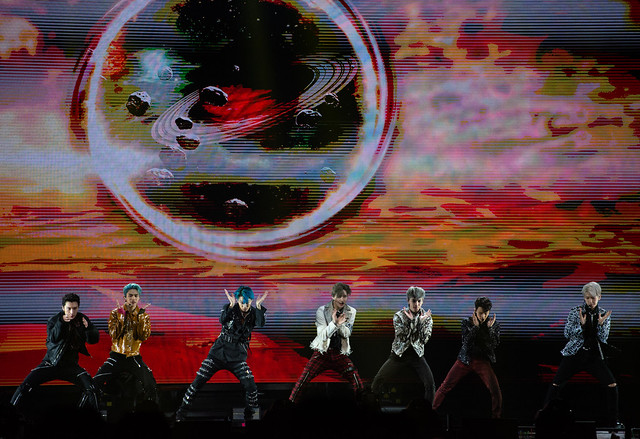 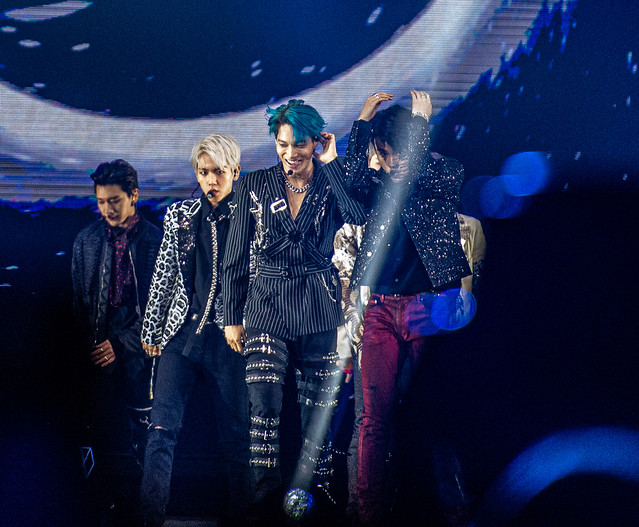