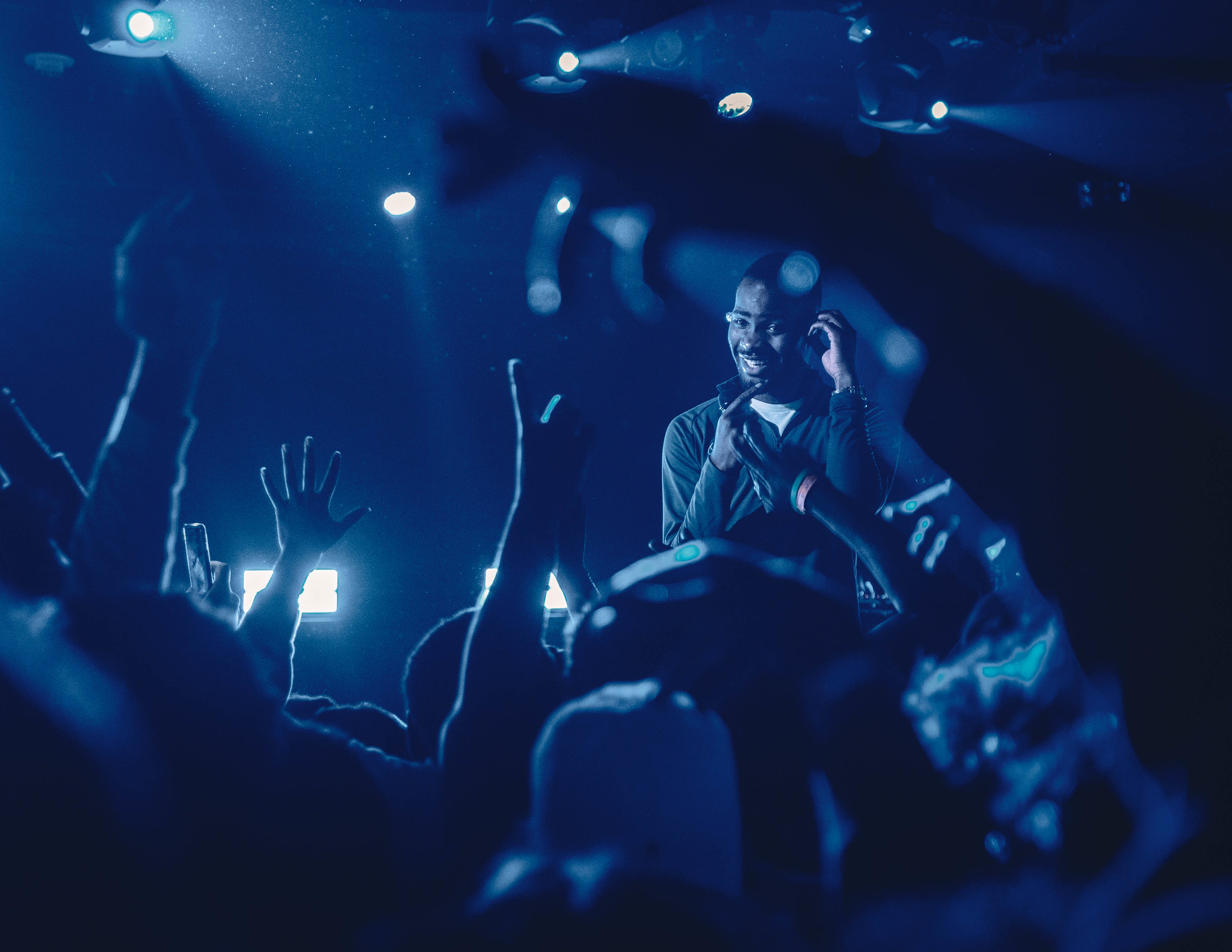 A sold-out Union Stage crowd had nothing but love for Santan Dave’s first-ever performance in DC on his Psychodrama Tour recently. The multi-faceted rapper, producer, pianist, and actor first started making noise in the United States in 2016 when Drake jumped on his song “Wanna Know” after discovering his music on YouTube. Since receiving the Drake bump, Dave has remained a front runner in the UK rap scene with no plans of falling behind.

Throughout this year, Dave released his Mercury Prize-winning debut album, also titled Psychodrama, as well as gaining a lot more exposure outside of Europe featuring as the mad man Moldie in the return of the Netflix show “Top Boy”.

At Union Stage on Nov. 17, Dave started things off with “Psycho,” the intro track from his debut album, before interacting with the crowd and letting them know how much he appreciated them being there. He followed the album track list for a while, going from “Psycho” to the second track from the album “Streatham,” a dedication to his upbringing in the neighborhood of the same name. From Streatham, Dave went back in time, performing several older records from earlier in his career — including “71,” “No Words,” “100 M’s,” and an a capella version of “Samantha” led by the crowd.

The entire room erupted into madness as soon as the beat dropped to “18Hunna,” the hit song by Headdie One featuring Dave. He paced the stage and partied along with the crowd until it was time to deliver his verse. The song ended and a Tiago Silva chant roared around the crowd as they expected the song named after the famed soccer player. Dave laughed and let them know that it actually wasn’t up next as a piano was rolled out on stage. Phone flashlights lit up the room as the crowd fell silent. Dave played the piano while performing his single “Black,” a song breaking down the struggles of the black experience growing up in South London.

After “Black,” Dave picked things back up performing other tracks from the album like “Disaster,” “Screwface Capital,” and “Funky Friday,” before another Tiago Silva chant erupted. Dave gave three fans a chance to try and fill in for his partner on the song, fellow London rapper, AJ Tracey. Each fan got an opportunity to recite AJ’s first verse to perfection before Dave and his DJ selected a fan named Elvis from the crowd. A Tiago Silva soccer jersey flew on stage and Elvis threw it on as he and Dave went back and forth performing the song back to back two times as the crowd went wild.

After a hug and a big vote of confidence from Elvis and the crowd, Dave ended the night thanking everyone one again and again before saying that he never expected to receive so much love and that he’d be back to DC every year from now on. He closed the show out with the smash hit “Location” featuring Burna Boy and everyone chanting “San-tan! San-tan!” as he left the stage.

Check out the official music video for “Location” by Santan Dave featuring Burna Boy on YouTube:

The Psychodrama Tour ends this weekend in Vancouver, Canada, but you can stream or buy the album Psychodrama everywhere right now.

Listen to “Psychodrama” by Santan Dave on Spotify:

Below are some additional photos from Santan Dave performing at Union Stage on Nov. 17, 2019. All photos copyright and courtesy of AJ Waugh (@Waufflez — wauffleznotwaffles.com).