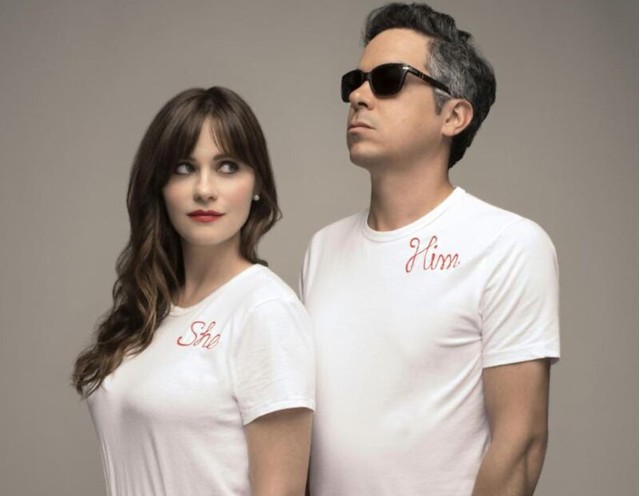 She & Him (Photo courtesy Grandstand Media)

Zooey Deschanel and M. Ward together again perform as She & Him, and the duo celebrates Christmas at The Anthem on Thursday, Dec. 5.

Since their inception in 2006, She & Him have released six acclaimed albums. A Very She & Him Christmas, the duo’s first collection of holiday music, was released in 2011 and quickly became a staple of the festive season. After two more lauded LPs, they released a second Yuletide collection, Christmas Party, in 2016.

Watch the official music video for “Winter Wonderland” covered by She & Him, and starring pugs, on YouTube:

The Los Angeles Times said, “Singer Zooey Deschanel and guitarist M. Ward seem perfectly in sync with whatever it is that makes the holiday season so uniquely joyful.” And The San Francisco Chronicle observed “…gentle acoustic guitars and Deschanel’s honeyed voice (give) a gorgeous, otherworldly air that can make any holiday shindig bearable.”