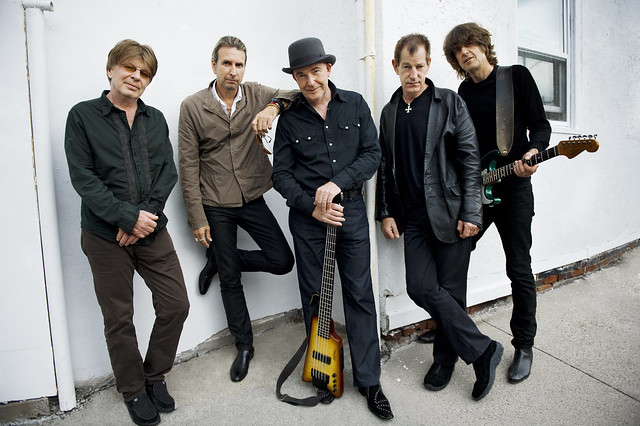 The Fixx (Photo courtesy the band)

The Fixx visits The Birchmere on Tuesday, Dec. 3, for a stop on the band’s Fixxmas Tour! It’s that special time of year again — time to see the legendary new wavers in the DC metro area!

After a triumphant summer run of dates that saw the band dig deep into its legacy, this year’s Fixxmas Tour promises to surprise and please even the most ardent Fixx fan. The tour launches at The Birchere on Dec. 3 with opening act Royston Langdon.

Fixx lead singer Cy Curnin says, “The real gift of this time of year is to give ourselves to each other. In this spirit, we hope you’ll join us in celebration of all things good… music, merriment, humanity, and the true spirit of Christmas!”

The Fixx has been often heralded as one of the most innovative bands to come out of the MTV era. Instantly recognizable, The Fixx sound is unmistakably unique and stands out among the thousands of artists filling the airwaves. Songs such as “One Thing Leads to Another”, “Red Skies,” and “Saved By Zero” remain everyday staples.

Watch the official music video for “One Thing Leads to Another” by The Fixx on YouTube:

“Cerebral frontman Cy, dressed ever as the fashionable rocker, sang with his whole body, guiding words from his mouth through his fingertips and into our ears,” said Parklife DC in a review of the band’s sold-out performance at The Birchmere in 2018.