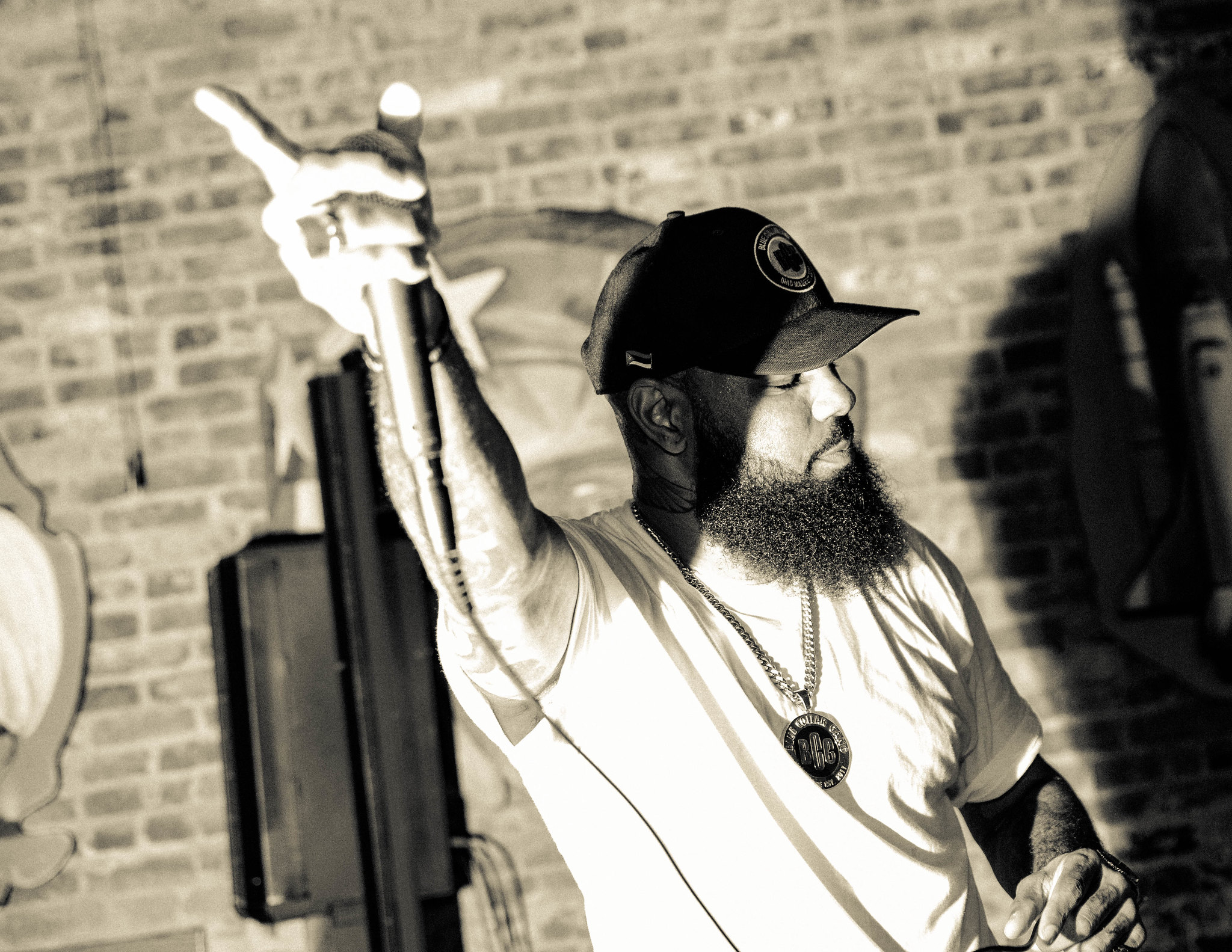 Stalley’s The Head Trip Tour made its DC stop at Smith Public Trust recently for an intimate show for a room full of long-time fans in support of his latest project, Reflection of Self: The Head Trip. Since his separation from Rick Ross’s Maybach Music Group in 2015-16, Stalley has been able to re-establish himself as an independent artist and started to accumulate his own roster of artists, with openers Gerald Walker and Life Dutchie being the first under his own Blue Collar Gang label.

The Ohio representative carried the crowd through the ups and downs of his journey, performing records both new and old at Smith Public Trust on Nov. 19.

Coming to the stage through the crowd, Stalley started the show off from the top of the new project with it’s first two tracks “The Head Trip” and “All So New,” going through the entire album throughout the night. He mixed in some of his older work as well, taking everyone back in time as he performed tracks like “Petrin Hill Peonies,” “Party Heart,” and the fan-favorite “Hammers & Vouges” from his 2012 mixtape Savage Journey to the American Dream. While records like “1 Deep (Solo)” and “Swangin” kept hip-hip heads bobbing, bass heavy tracks like “Boomin” and “Slapp” turned the place into a party.

Check out “All So New” by Stalley on YouTube:

Stalley put things on hold and asked everyone put their phone lights in the air as he dedicated “What It Be Like” to his late friend and collaborator on the song, Nipsey Hussle who was tragically murdered earlier this year. He speaks about Nipsey on the new album, “You taught us to go hard and believe in ourselves, be fearless, inspire others, and define who you are but be clear on who you are… I heard you.” He followed it up performing “Fountain of Youth,” another record featuring Hussle.

Closing things out Stalley performed the song “Cleanse” from Volume 3 of his 2018 series “Tell the Truth Shame the Devil.” Before starting the record he explained its personal importance to him as a representation of self belief and determination while fighting through the dark times to reach the other side.

He poured his heart out for all to see in the song with lines like, “Start my day with a prayer tryna remove the sin, tryna battle these demons sometimes I lose within. I asked god to remove my enemies started losing friends”. Stalley’s music is proof that underground hip-hop with substance and meaning can still exist in the new musical world of 60-second songs and streaming.

There’s a few dates left on the Head Trip Tour starting in December. Anyone in search of a personal, honest and heartfelt hip hop show should catch up with Stalley and the Blue Collar Gang before it’s too late.

Listen to Stalley’s latest album, Reflection of Self: The Head Trip, on Spotify:

Below are some additional photos from Stalley performing at Smith Public Trust on Nov. 19, 2019. All photos copyright and courtesy of AJ Waugh (@Waufflez — wauffleznotwaffles.com).