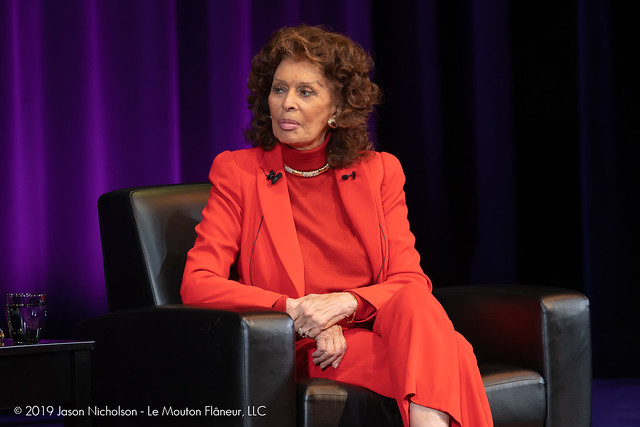 Sophia Loren listens to a moderator at Montgomery College on Nov. 20, 2019. (Photo by Jason Nicholson)

Two unforgettable evenings with Sophia Loren was not enough!

The Academy Award-winning actress and Grammy Award winner enchanted her audiences for the two evenings with a lively and oftentimes hilarious onstage conversation, opening with a brief film reportage and interspersed with movie clips and highlights from of her extraordinary film career and ending with a very enjoyable audience Q&A hosted by Steve Persall, former film critic for the Tampa Bay Tribune.

Prior to start of the show, audience members were encouraged to fill out questions on cards for Ms. Loren — which the host then read aloud to Sophia often to the amusement and surprise of Ms. Loren herself who never missed a beat through her heartfelt answers while sometimes carefully and tactfully avoiding touchy subjects to burst of laughter from the audience.

Ms. Loren was as witty and engaging as she was charming and enchanting weaving her way through stimulating conversation, switching effortlessly often in a playful manner between Italian and English about her rise to international super stardom — filled with personal stories from her childhood through motherhood and of course sharing stories and a little gossip about some of her leading men such as Cary Grant (“Beautiful” responding what it was like to kiss him), Marlon Brando, Richard Burton, Walter Matthau (“he didn’t even need to say anything, just walk and he could make you laugh”), among many others.

In typical wittiness when asked what her beauty secrets were or a least what she does to stay beautiful, she retorted “Nothing. I was born beautiful,” to much enjoyment and laughter by the audience. This attendee could listen to her for hours.

We look forward to possibly seeing Ms. Loren on screen again having recently acted in a movie by one of her two famous sons: Italian film director Edoardo Ponti. (Her other son is the classical conductor Carlo Ponti.)

Until next time, Sophia — ciao!

Here are some pictures of Sophia Loren at the Robert E. Parilla Performing Arts Center on Nov. 20 and Nov. 21. All photos copyright and courtesy of Jason Nicholson. 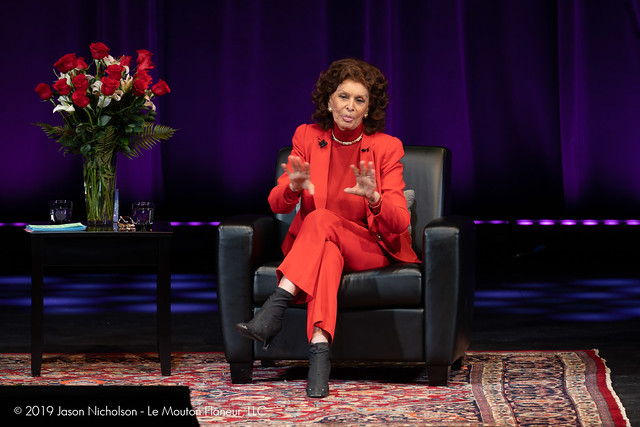 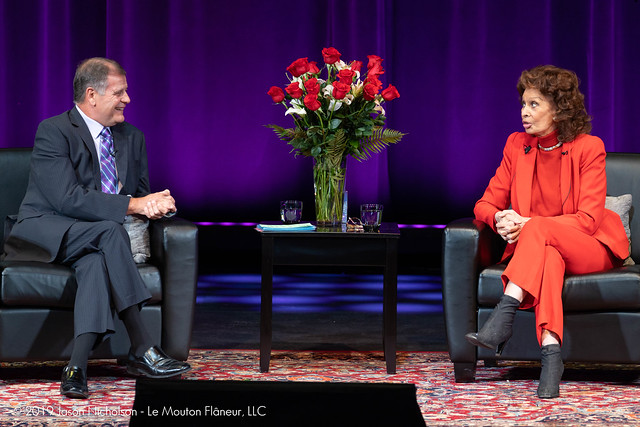 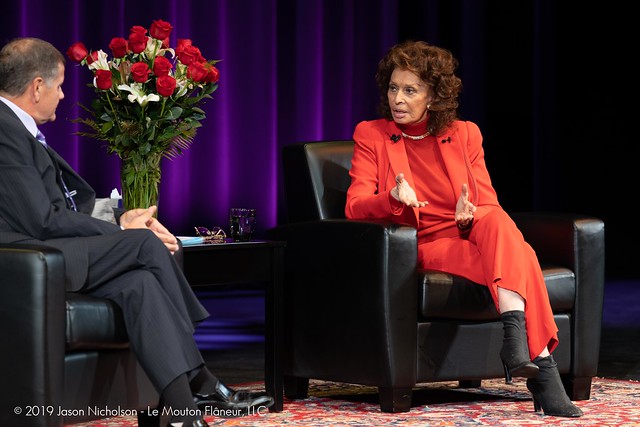 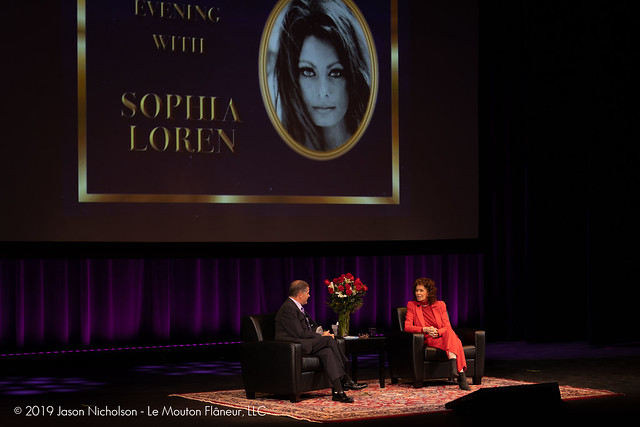 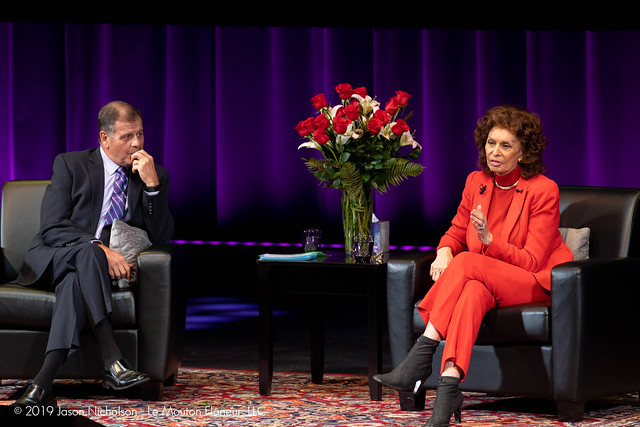 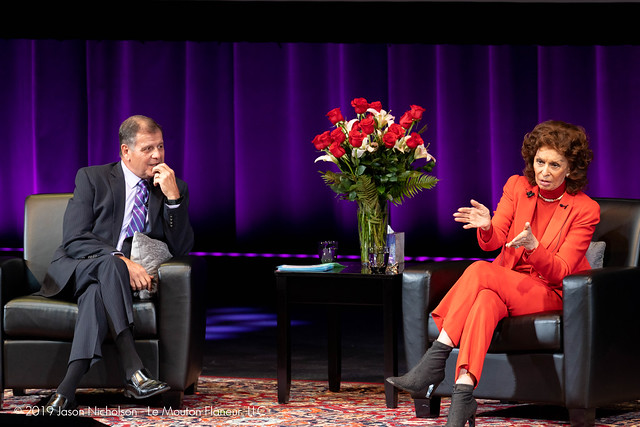 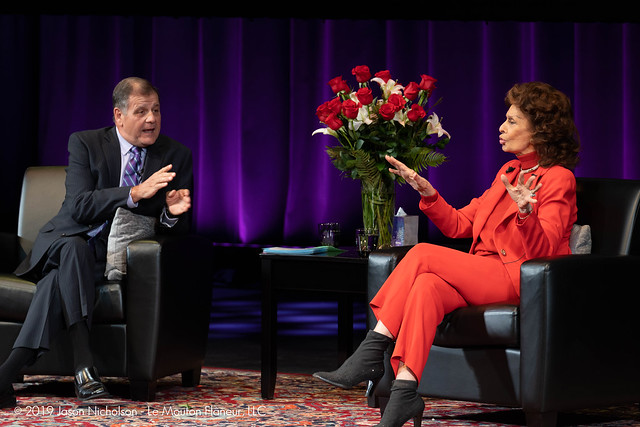 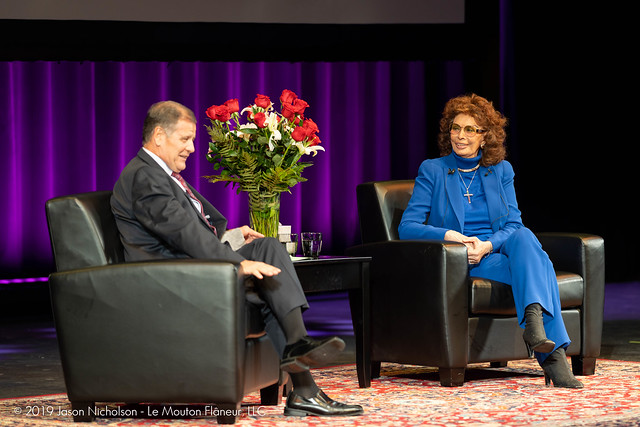 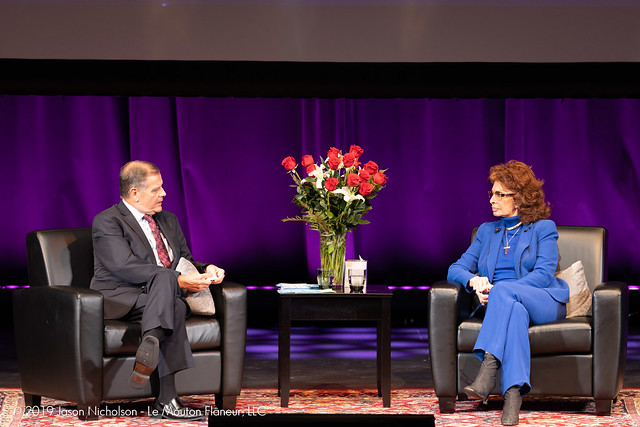