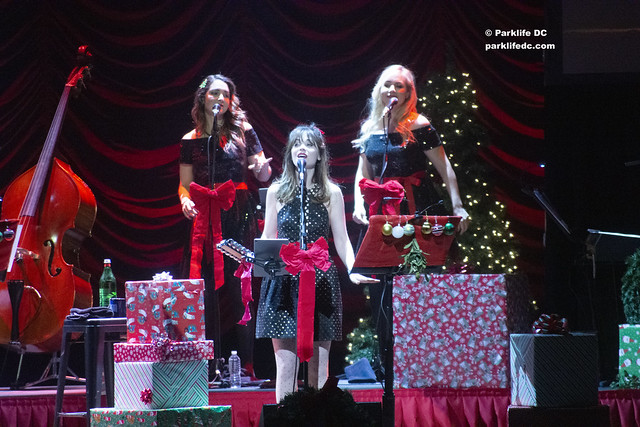 Zooey Deschanel sings with She & Him at The Anthem on Dec. 5, 2019. (Photo by Mickey McCarter)

Personally, I sort of love that time of year when you can dip into a local radio station and it has become 24/7 Christmas tunes. You can take it or leave it, but whenever I take it, I am eventually infused with a big dose of holiday cheer when I tune in. As She & Him, Zooey Deschanel and M. Ward delivered the live version of that very experience with their winning Christmas show at The Anthem recently as part of the DC101 Office Party series.

On Dec. 5, She & Him along with four bandmates — two backing singers, a bassist, and a drummer — performed a range of popular holiday classics to the joy of a sold-out audience at The Anthem. Zooey hit the perfect note every time, and she chatted to the audience occasionally, reminding us that she is as perky and slightly awkward as she often appears in movies. For his part, M. Ward was mostly quiet, although he did pipe in on several songs, and he slung a mean guitar, brandishing holiday magic from verse to verse.

Toward the end of the main set, She & Him exited Christmas for a short spell for assorted non-holiday covers and a couple of originals. During this time, they covered the Beach Boys’ “God Only Knows.”

She & Him recorded a second album of Christmas covers, Christmas Party, in 2016, and several of highlights of The Anthem show came from that album. We were charmed by the cover of “Mele Kalikimaka” by Bing Crosby and The Andrews Sisters, which gave Zooey an opportunity to stand side to side with her backing singers. And they closed the main set with their cover of “All I Want for Christmas Is You” by Mariah Carey.

For my holiday money, however, She & Him won the day with a sequence of “Blue Christmas” by Doye O’Dell, “Baby, It’s Cold Outside” by Frank Loesser, and “I’ll Be Home for Christmas (If Only in My Dreams)” by Bing Crosby. “Baby, It’s Cold Outside” featured a role reversal where Zooey sang the traditional male part and Mr. Ward took the traditional female part, which Zooey suggested was slightly “less creepy.” Overall, Zooey could only ever be entirely charming whatever she might sing, in my opinion, and her laidback casualness and earnestness were positively endearing in every song.

Everyone was quite high in spirit by the end of the how, which allowed She & Him to wander away from the holidays, as mentioned earlier, for a bit that included a string of originals, including “I Was Made for You” from the duo’s Volume One and “In the Sun” from Volume Two.

If you’re in California, She & Him have a few more Christmas parties on the calendar for you. They are sure to enchant you as much as any winter wonderland, so take them up on the chance to put a smile on your face this holiday season.

Here are some long-distance pictures of She & Him performing at The Anthem on Dec. 5, 2019. All photos courtesy of Mickey McCarter. 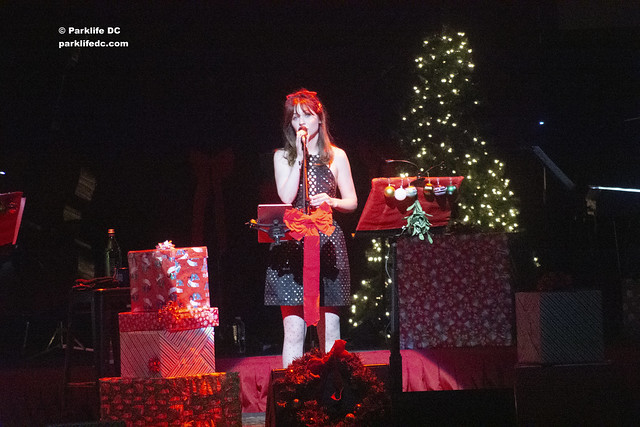 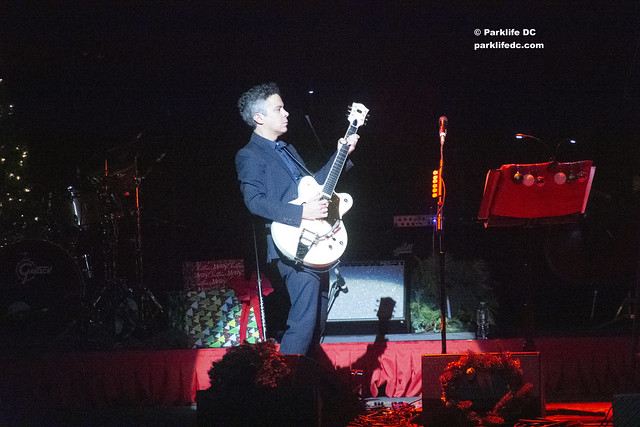 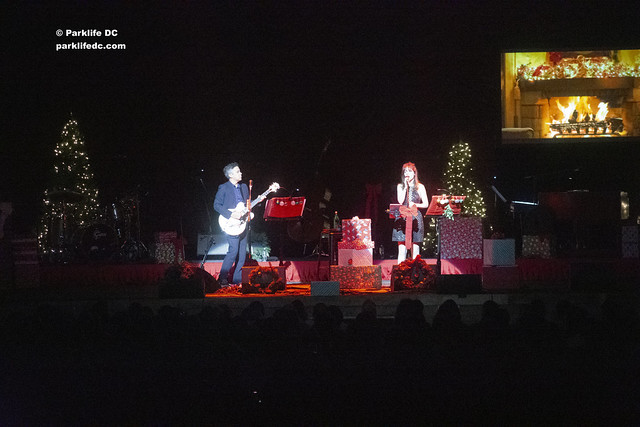 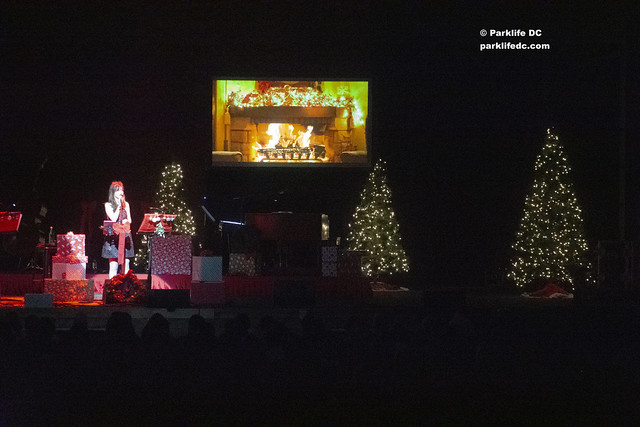 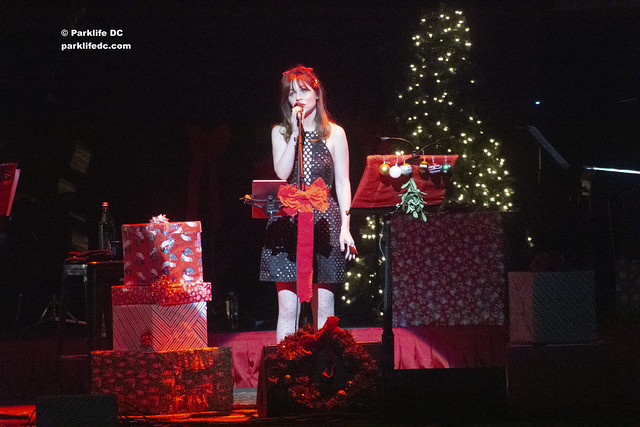 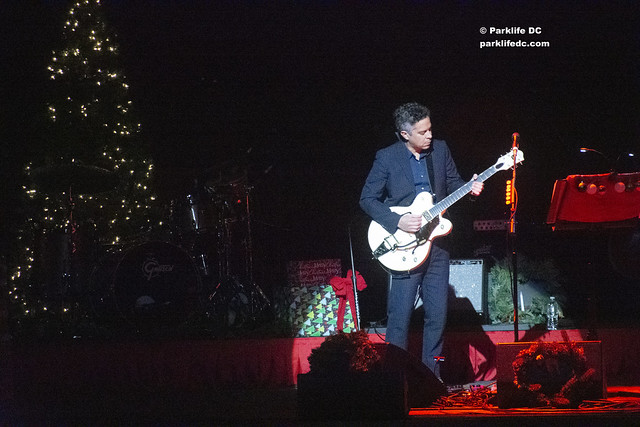 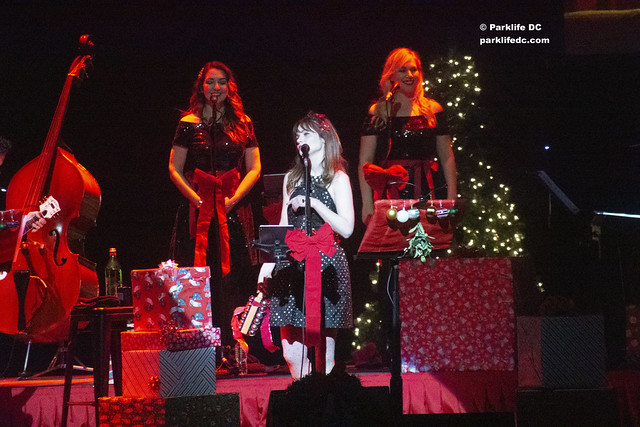 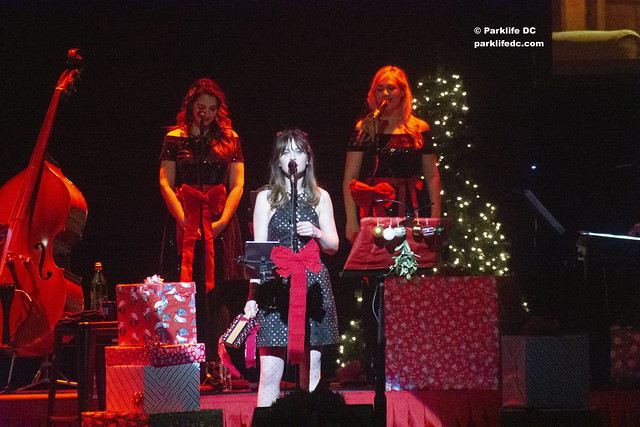 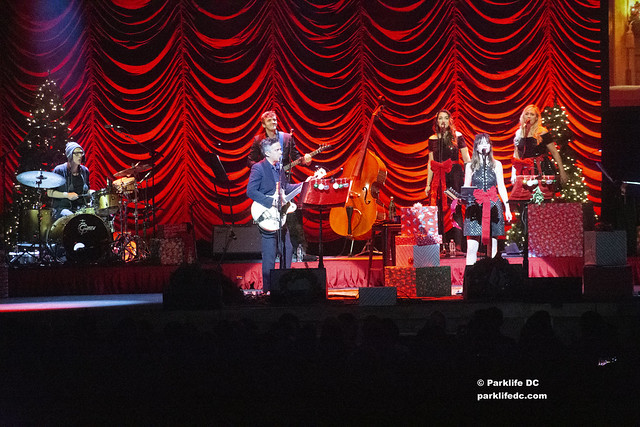 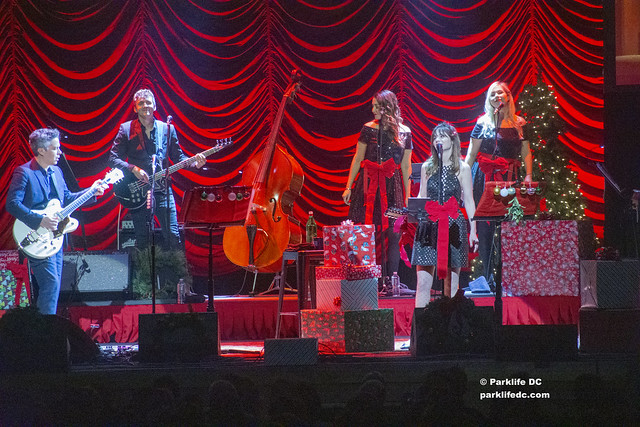 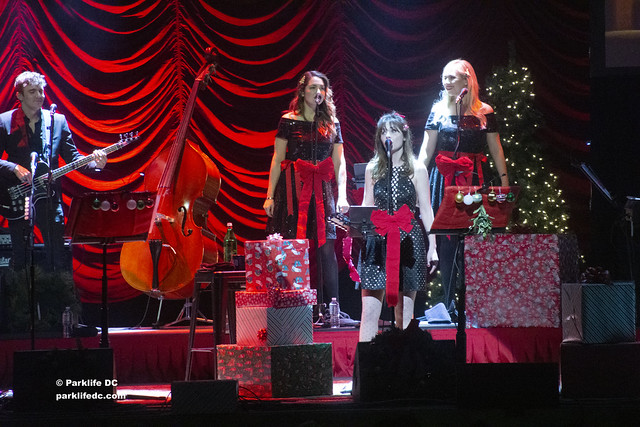 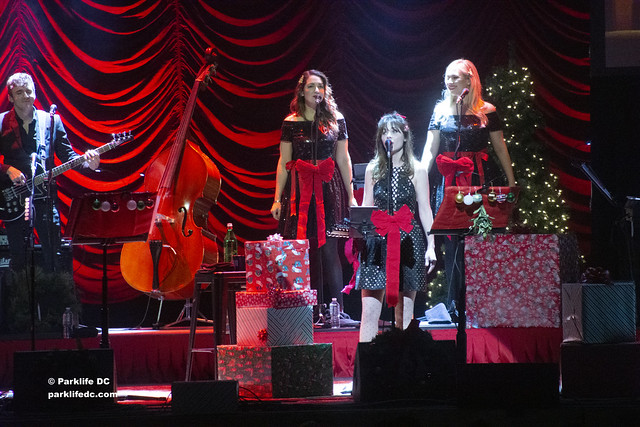 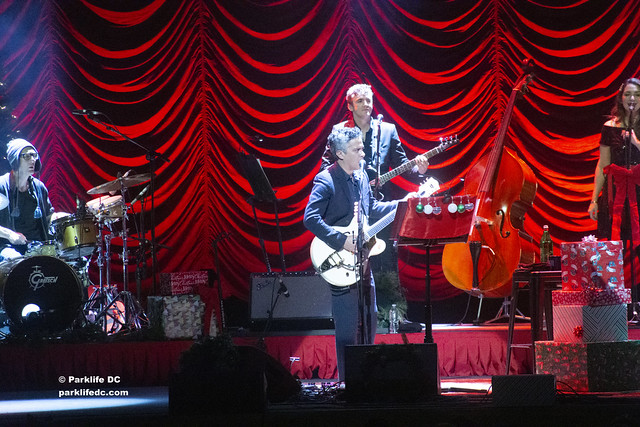 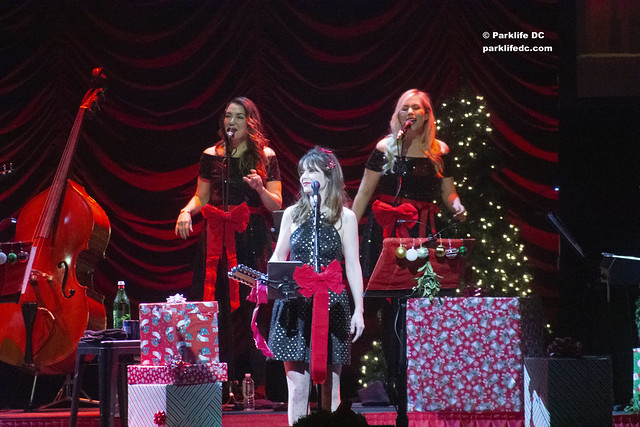 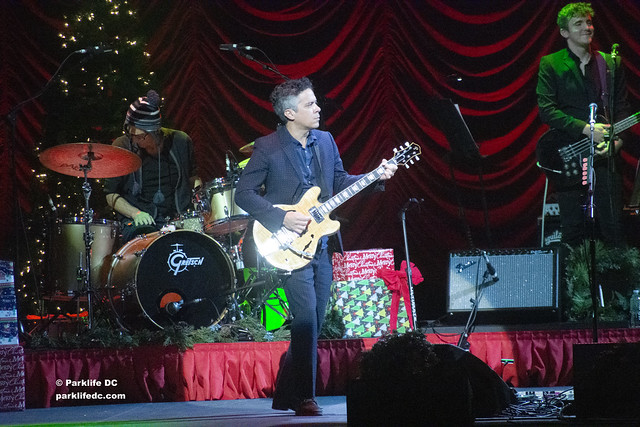 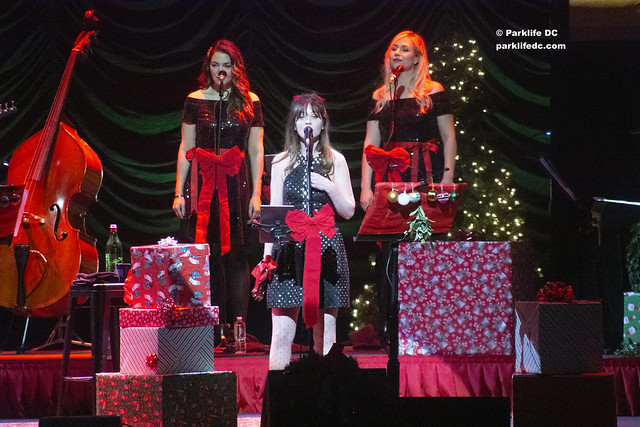 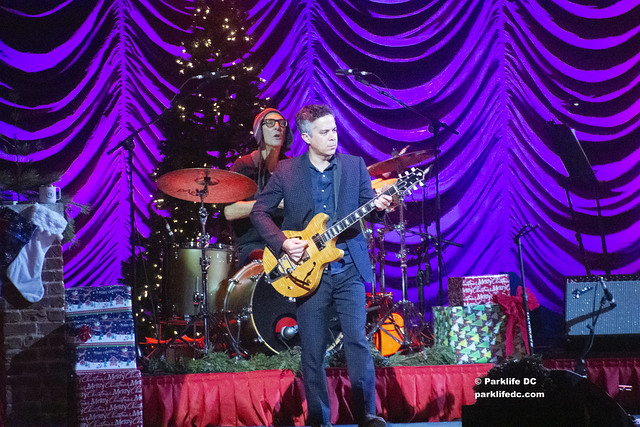 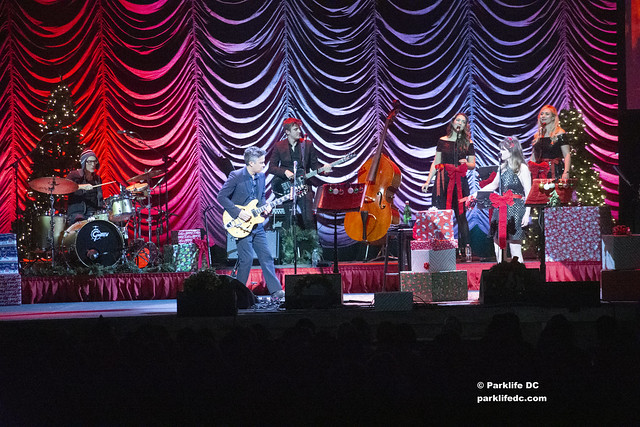 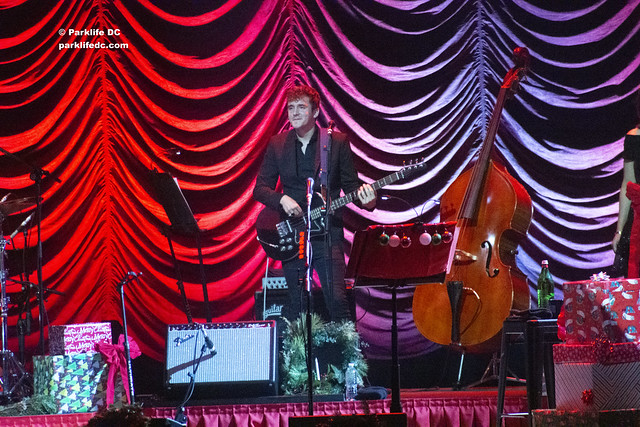 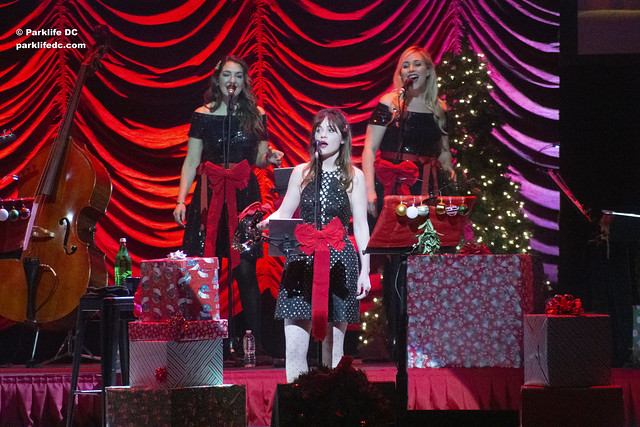