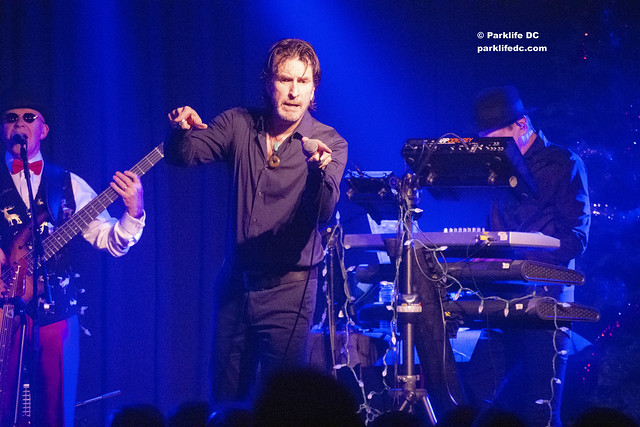 The Fixx performs at The Birchmere on Dec. 3, 2019. (Photo by Mickey McCarter)

The Fixx is a band with gravity. As you watch them, the fellows pull you in through a combination of skilled performance and intellectual weight. Honed through roughly 40 years of performance, The Fixx is a band that knows how to put on a show, but they also have something to say, as evidenced at The Birchmere recently.

On Dec. 3, The Fixx launched a US winter tour from The Birchmere, pacing through 17 songs that included the massive fixxtures you would want to hear on a Fixx tour. Dubbed The 2019 Fixxmas Tour, the show initially seemed to have little to do with Christmas other than its timing in the month of December. However, frontman Cy Curnin and company held a holiday surprise in their setlist, charming the very full house with an encore of “Do What You Can (Peace on Earth),” a holiday song secretly included on the band’s 1986 album, Walkabout, and delightfully stunning us with a cover of “Merry Xmas (War Is Over)” by John Lennon & The Plastic Ono Band.

While the Christmas tunes were the icing on the holiday cake, the cake itself was a delicious bite of The Fixx chart hits. At The Birchmere, four top tunes swept the audience like a fever — “Saved by Zero” at the one-third mark, “Stand or Fall” soon after, “One Thing Leads to Another” at about two-thirds, and “Red Skies” to close the main set. The four songs represent The Fixx’s best-known albums, Shuttered Room (1982) and Reach the Beach (1983), their first and second respectively.

Stream One Thing Leads to Another: Greatest Hits by The Fixx on Spotify:

But here’s the thing: Once you’ve seen The Fixx more than once, you start to look for those slightly deeper tracks — tracks that dig more subtly into the questions of self-reliance and integration with society. So while everyone excitedly whipped out smartphones to film the energetic Cy extending his arms during “Saved by Zero” or pointing emphatically during “One Thing Leads to Another,” they enjoyed themselves just as surely in the quieter questions posed by “How Much Is Enough” and “Are We Ourselves?” — the latter particularly a proven concert favorite when you need a fixx of The Fixx.

In addition to the ageless Cy, The Fixx showcased time-tested players at The Birchmere. Guitarist Jamie West-Oram was a perfect picture of the timeless rockstar, standing aloof to stage right with “rock hair” framing his kind face. Keyboardist Rupert Greenall moved across his rig like a quizzical spider, a light in his eyes shining the way to the next notes. Beside him on stage left, bassist Dan K. Brown appeared as a physical manifestation of the new wave rockers psychedelic tendencies, clad in his hat and shades. And Drummer Adam Woods unpacked epic rhythms, unleashing the sly smile of satisfaction whenever something came together in just the right way.

The Fixx continue to tour through the month. Find the latest info on the English rockers on their Facebook page.

Here are some pixx of The Fixx performing at The Birchmere on Dec. 3, 2019. All photos courtesy of Mickey McCarter. 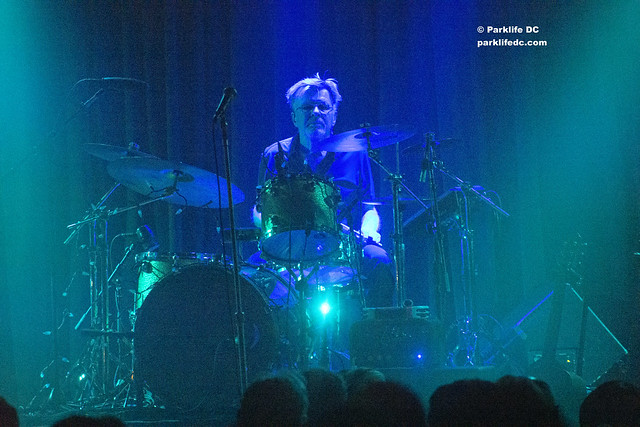 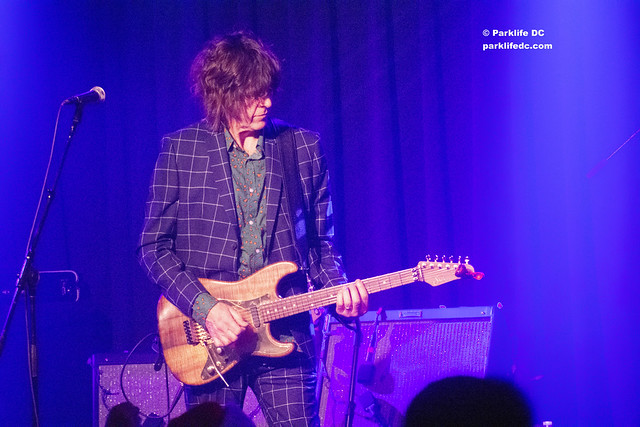 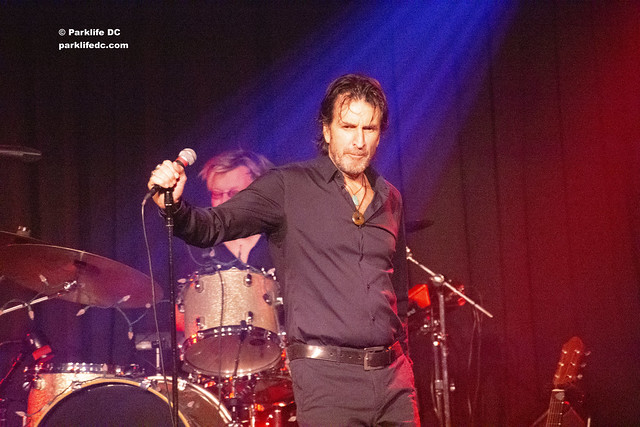 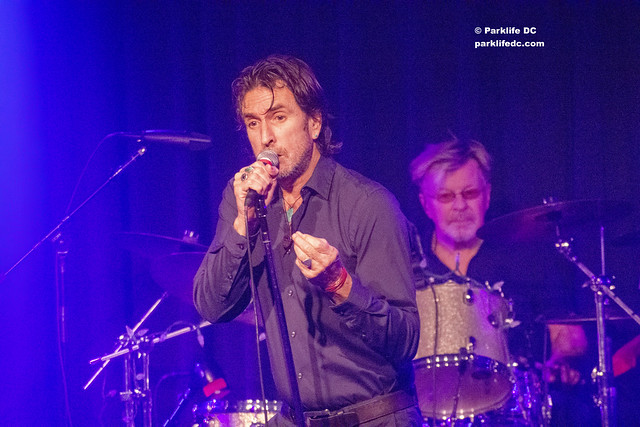 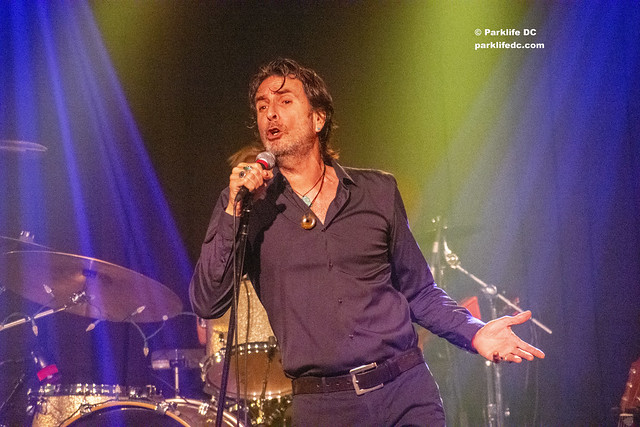 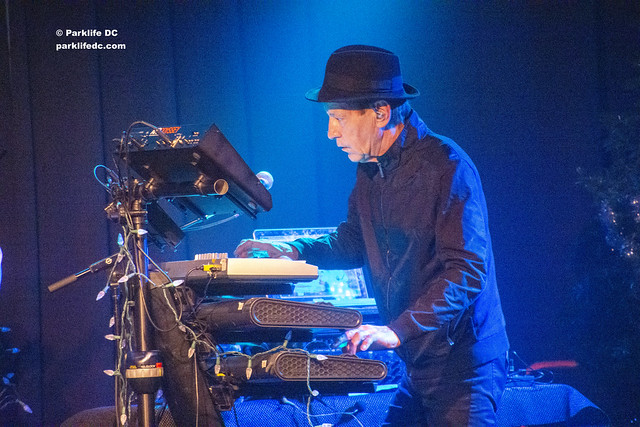 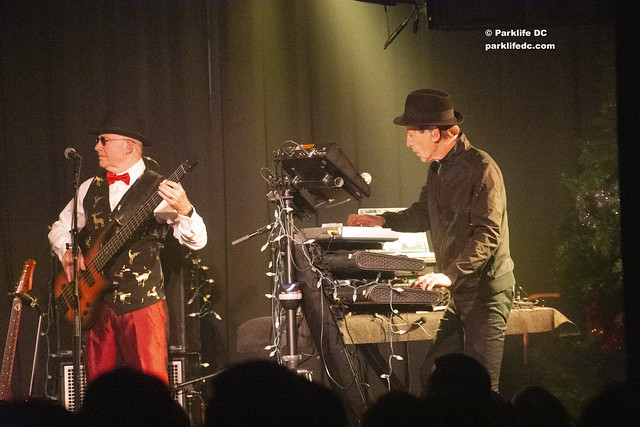 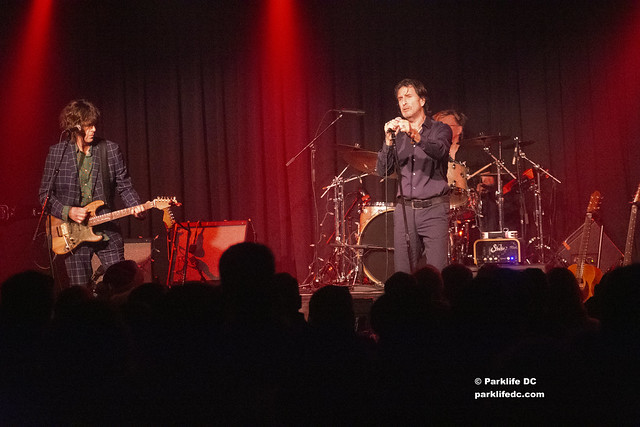 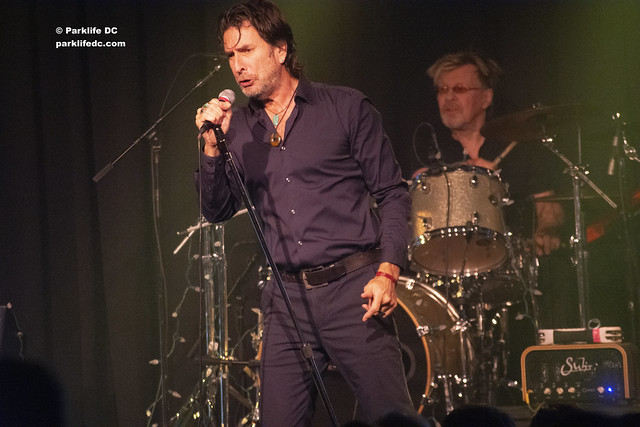 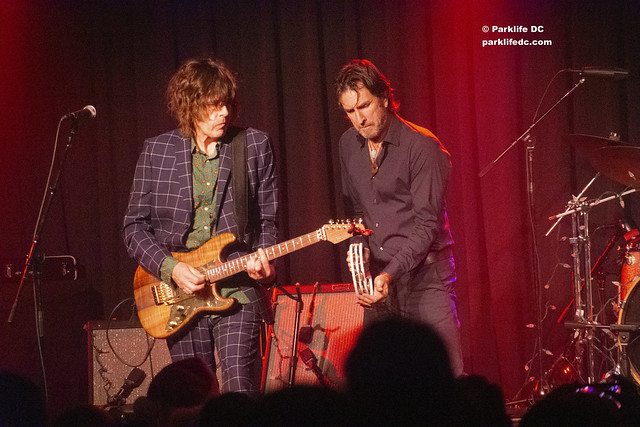 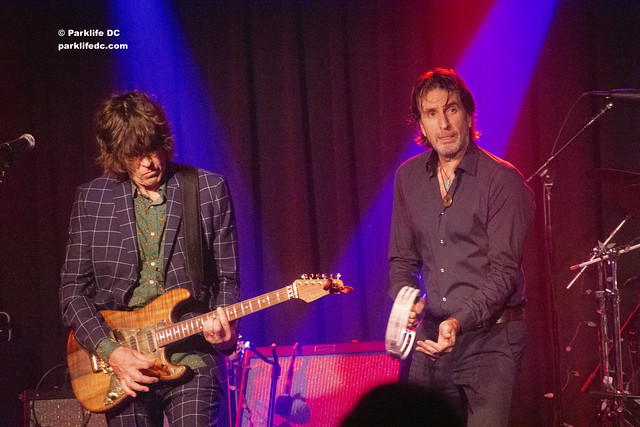 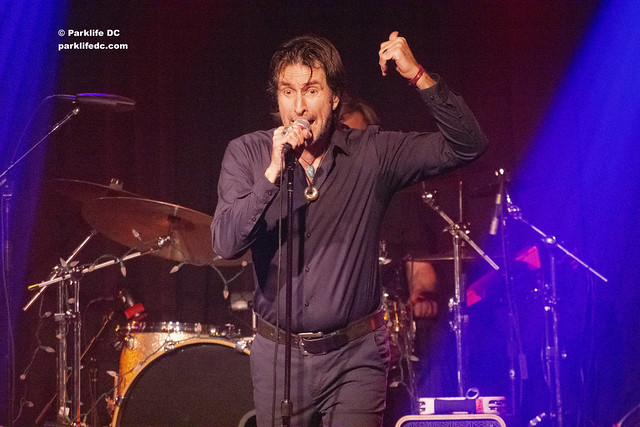 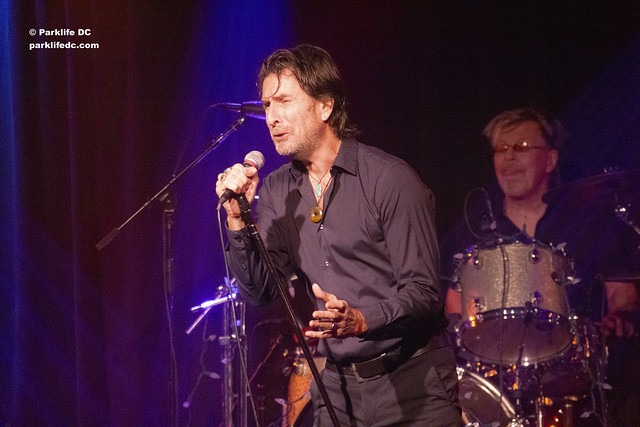 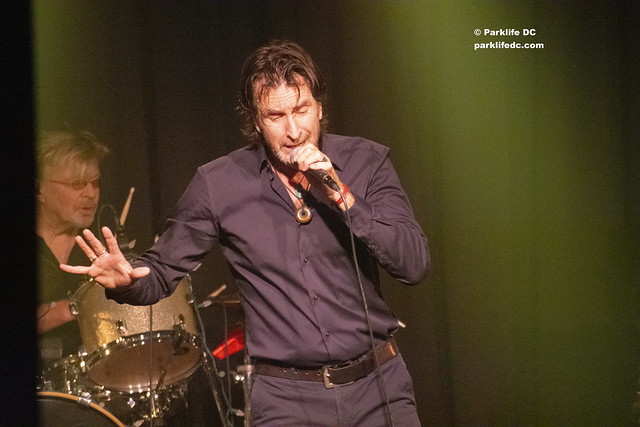 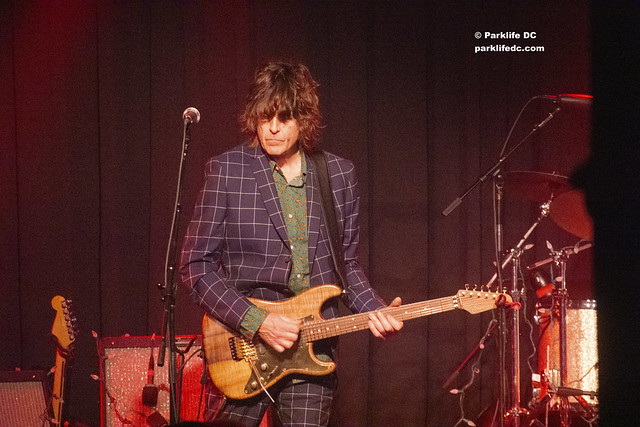 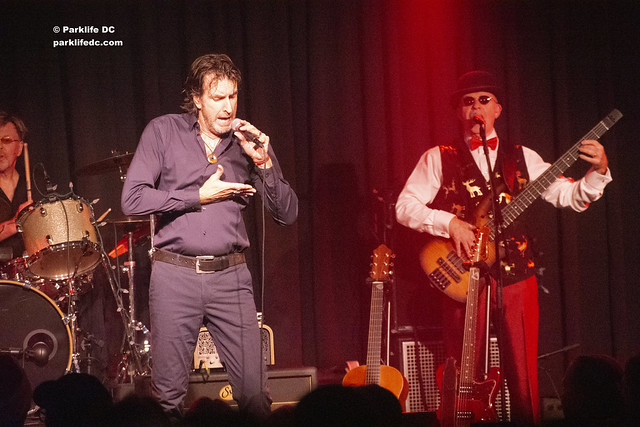 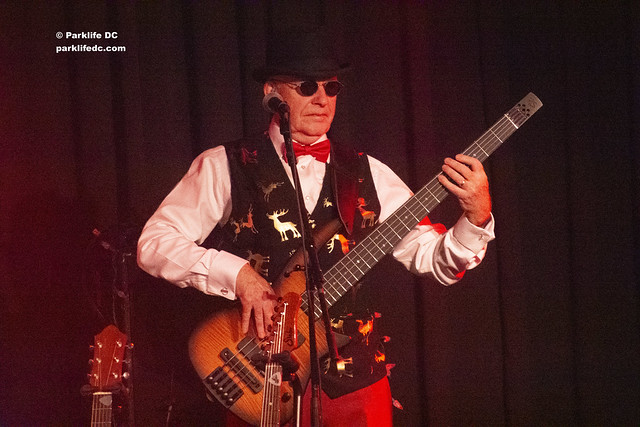 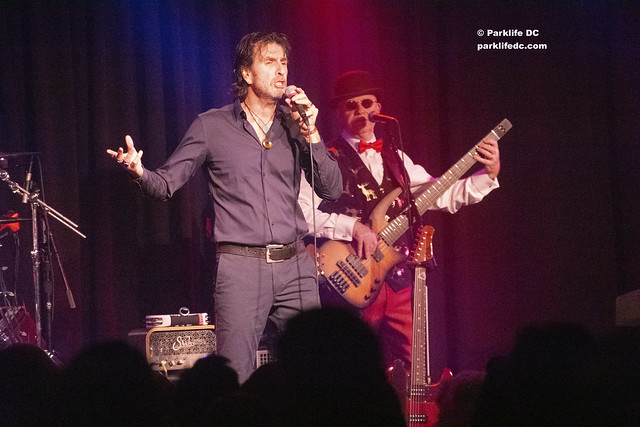 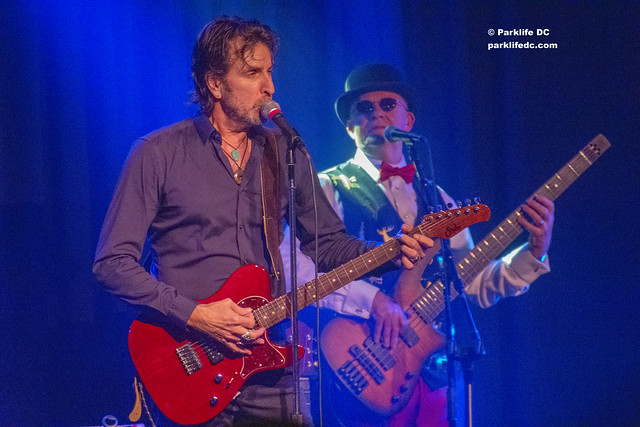 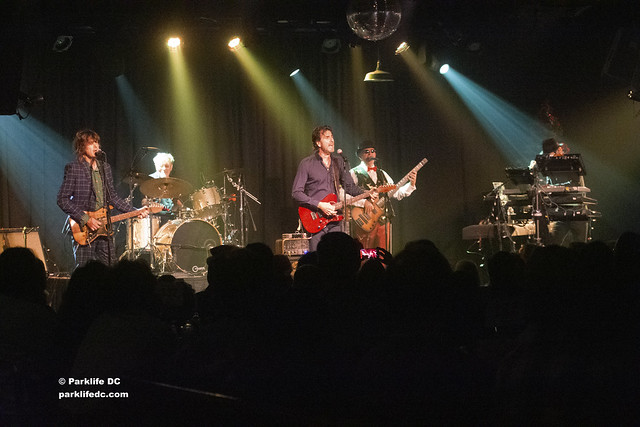 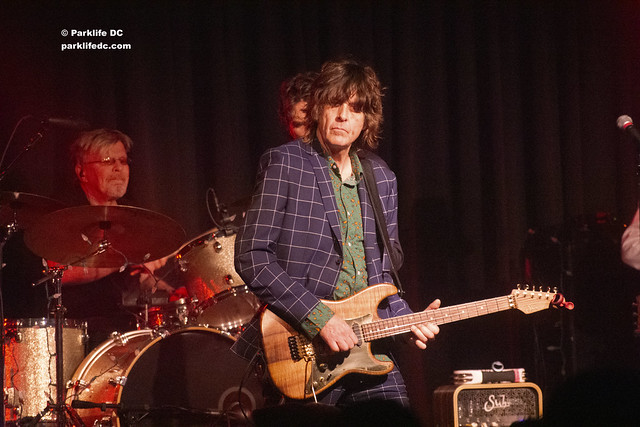 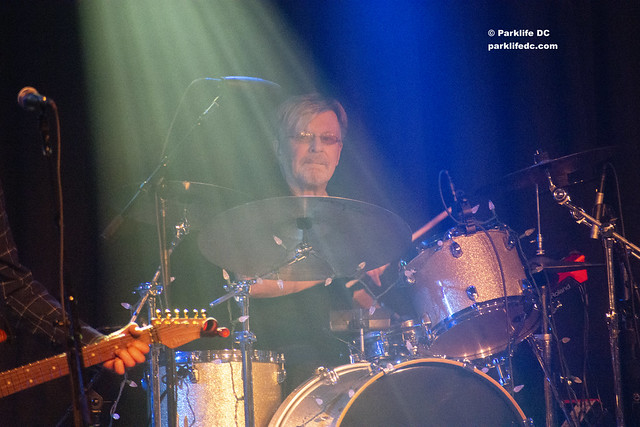 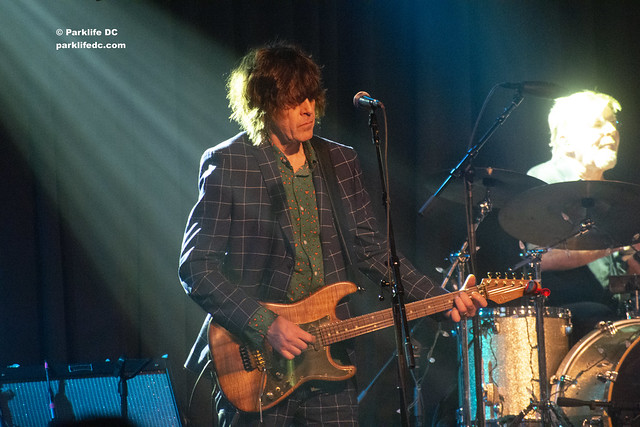 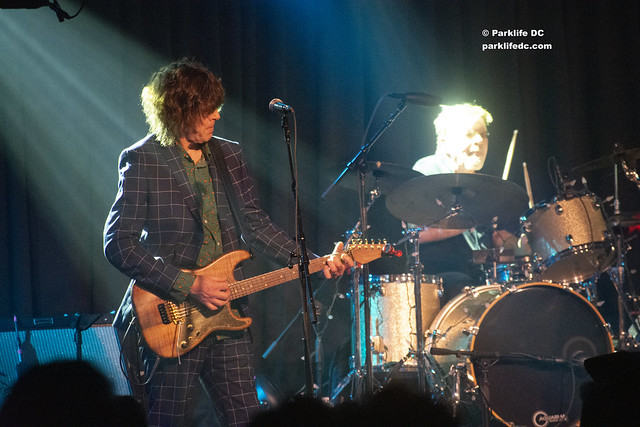 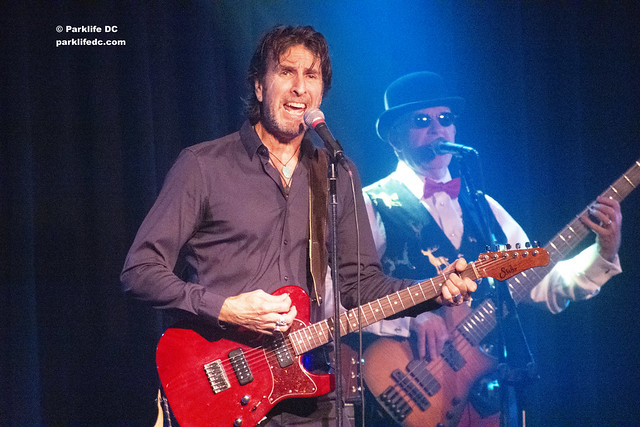 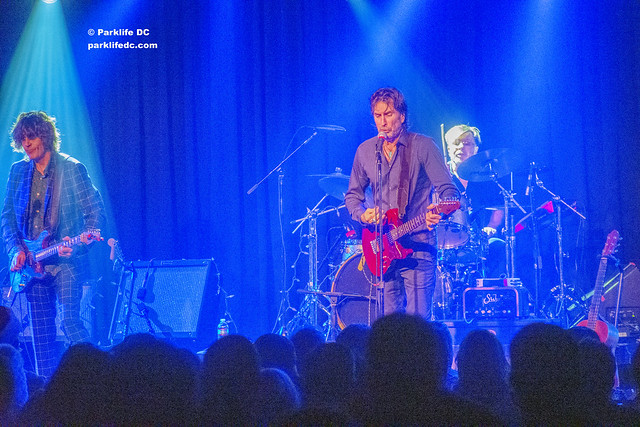 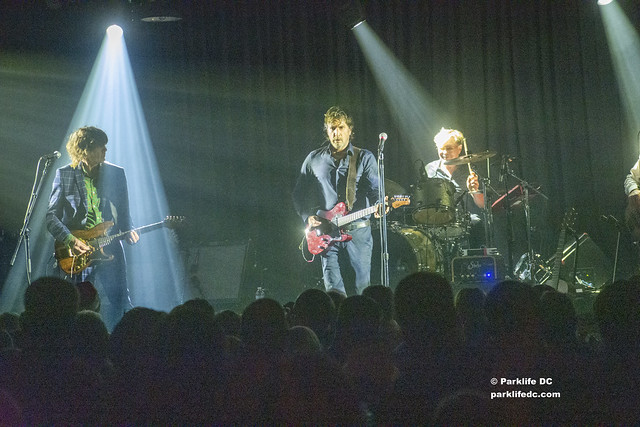 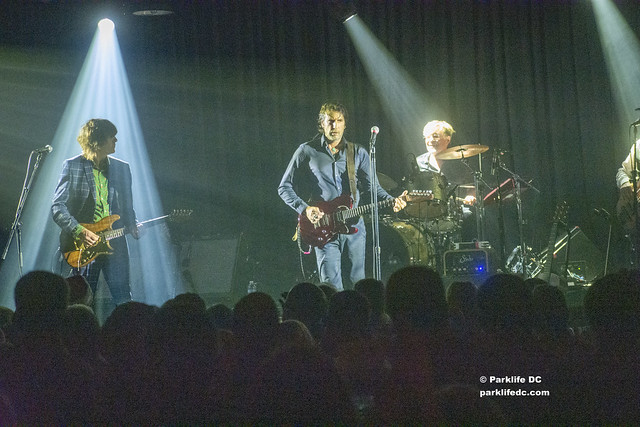