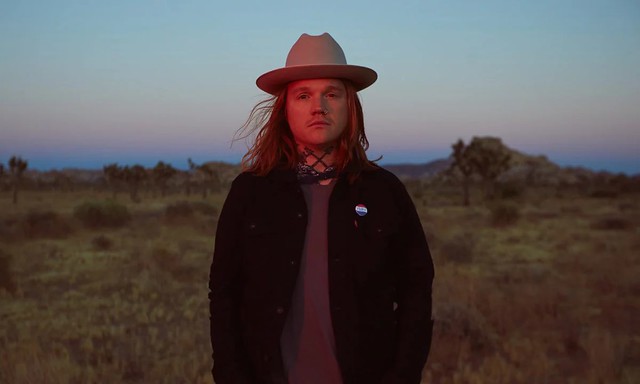 The Almost, the brainchild of Underoath drummer/vocalist Aaron Gillespie, released Fear Caller on Fearless Records in October after a six-year break. The band performs at Union Stage on Friday, Jan. 10.

While hundreds of thousands have become fans of Aaron’s work in the rock world, the songcraft that defines The Almost and Fear Caller fulfill the potential he always exhibited at a now classic level. Inspired by sources as vast as Bruce Springsteen, Tom Petty, Brand New, and Dawes, he delivers a masterpiece with a breakthrough on par with those aforementioned influences by diving into the process like never before.

In order to record Fear Caller, Aaron went to one of the most unpredictable and unstable ecosystems possible: the desert. The desert harbors countless ghosts, innumerable stories, and endless secrets. The vast nature of the desert’s power matches its geographical expanse in terms of sheer breadth. It also speaks to Aaron Gillespie on a deep level.

“I have a romantic affinity for the desert,” Aaron said. “There are so many untold stories and hidden truths. The beginning of our thoughts and existence as a people happened out there. For me, it was a cathartic experience. It’s something I’ve never done. I needed to get out there with the ghosts and see what would happen.”

Watch the official music video for “Chokehold” by The Almost on YouTube:

In a review for Dead Press, Paige Barrett praises the new album by The Almost as evidence of Aaron Gillespie’s craftsmanship.

“The leathery deliver of single ‘Chokehold’ welcomes the release; a warm, stomping track that’s riddled with Gillespie‘s crackled vocals and the flair of Joe Musten’s drum work. The overall tone of the oncoming album breezes through this song, highlighting notes of a sultry landscape that spans so much further than the eye can see,” Paige wrote.

“It’s evident that Gillespie‘s stylistic aptitude is limitless, as demonstrated on ‘Ain’t No King’ and ‘Why Do You Bother Me’, two polar opposite tracks that utilise the two extremes of all amp dials imaginable. The former is smouldering and vicious, baring flitting embers of resonating reds and burnt oranges, while the latter twinkles in a lilac vulnerability,” she added.