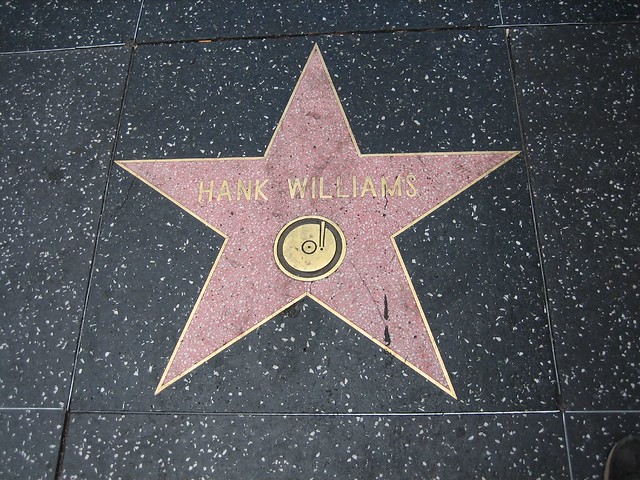 The end of the year brings the annual Hank Williams tribute show to The Birchmere. In the 23rd annual occurrence of the show recently, many performers returned from last year: Cathy Fink and Marcy Marxer, Pete and Maura Kennedy, bassist Mark Schatz, and fiddler Patrick McAvinue.

Representing the Bumper Jacksons, Jess Elliot Myhre and Chris Owsley made their first appearance. Robin and Linda Williams, who have long been a regular part of these shows, were under the weather; fans were able to sign a get well card for the beloved roots music artists.

The whole cast opened the show with “Jambalaya,” just as they did last year. After the opening number, each set of performers took on one of Hank’s major classics. Introducing “Your Cheatin’ Heart,” Cathy and Marcy asked if anyone had ever been cheated on. The Bumper Jacksons played “Lovesick Blues,” while The Kennedys took on “Lost Highway.”

The Bumper Jacksons took over again with “You’re Gonna Change (Or I’m Gonna Leave).” They shared that, while people tend to assume they met through playing music, they actually met on the dance floor. “Alabama Waltz” came next, then “Movin’ On Over,” “Setting the Woods on Fire,” and “Still in Love with You.” Cathy went solo on “I’m So Lonesome I Could Cry,” and the first closed with “Blue Love in My Heart.”

Stream Turn Back the Years: The Essential Hank Williams Collection on Spotify:

The full cast opened the second set with an instrumental. Chris took a moment took discuss inequality in America before “House of Gold.” He shared the terribly sad story of how a friend in Denver froze to death while trying to live in his car.

Everyone came back onstage for “Hey Good Lookin’,” and then the Bumper Jacksons played “Ramblin’ Man,” using the arrangement they recorded on their latest album, I’ve Never Met A Stranger. The Kennedys came next with “Cold, Cold Heart.” Moira told the audience how she reluctantly went to college at her parents’ insistence; on her first day, she went outside and played this song, which helped her find a community that got her through that time.

After “Honky  Tonk Blues,” “I Heard That Lonesome Whistle,” and “Honey Do You Love Me,” Cathy and Marcy took over. They talked about finding old Hank Williams acetates in a massive record collection. One of those acetates held “No One Will Ever Know” and “Waltz of the Wind.” They described the former as “as lonesome as “Lonesome Whistle” in twice as many words.

The cast jammed out, then closed with two sing-alongs: “I Saw The Light” and “Mind Your Own Business.” All the artists came out after the show, and for a joyful reunion between the artists and many fans who have attended year after year.