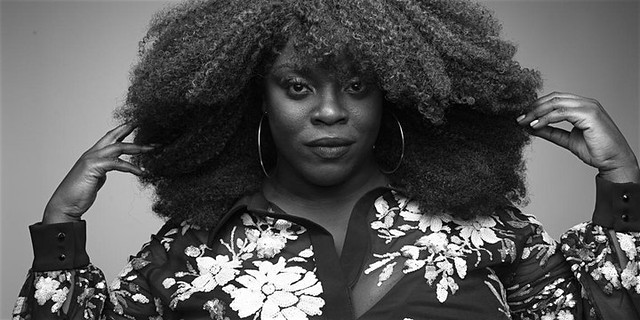 Yola, the queen of country soul, has been blazing a path around the world, and she alights on 9:30 Club on Friday, Jan. 10, during her Walk Through Fire World Tour.

Written and recorded at Dan Auerbach’s Nashville studio, Easy Eye Sound, Yola’s debut record, Walk Through Fire, is a contemporary twist on a traditional sonic tapestry of orchestral strings, fiddle, steel, and shimmering tremolo guitars. A truly collaborative record, it was written in the studio by Yola and Dan with contributions from songwriting legends who between them have written songs for artists from Glen Campbell to Aretha Franklin.

Dan said, “The moment I met Yola I was impressed. Her spirit fills the room, just like her voice…she has the ability to sing in a full roar or barely a whisper and that is a true gift. She made everyone in the studio an instant believer.”

Watch the official music video for “Faraway Look” by Yola on YouTube:

In a review for PopMatters, Richard Driver said of Walk Through Fire, “The album includes a retro, vintage quality in its sonic range, sounding as though it was recorded decades ago and went unreleased to great loss. Yola’s songwriting partly compliments this stylistic element, with emotional range invoking soulful suffering and simultaneously resilient for redemption and uplift. The musician’s background ostensibly contributes to this aspect, too, and the timelessness of the album helps define its strength.”