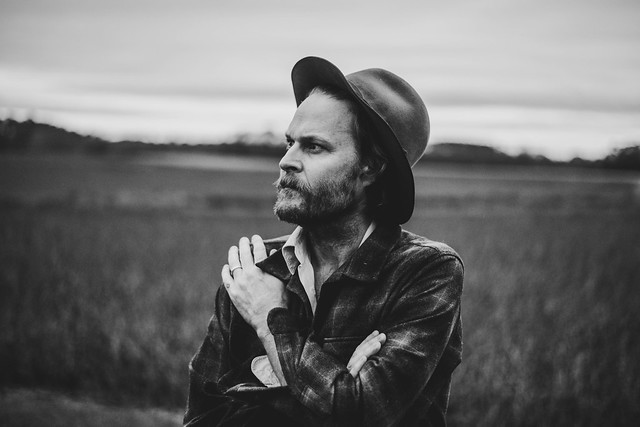 Hiss Golden Messenger performs at 9:30 Club on Wednesday, Jan. 15, in support of their acclaimed new album Terms of Surrender, released in September via Merge Records.

Led by the introspective songwriting of MC Taylor, the new record finds the charismatic bandleader ruminating on complex emotions in the wake of a personally turbulent year.

Over the course of six albums, fans of Hiss Golden Messenger have connected with the unique way MC identifies and articulates deeply personal sentiments and observations, all from a seemingly vulnerable place. There is always an underlying sense of hope and resolution throughout his extensive body of work that makes his songs relatable. The compelling video for the album’s opening track, “I Need a Teacher,” was shot during the statewide North Carolina Association of Educators’ Day of Action demonstration, and it features a glance into the eyes and faces of real teachers, children, and families that illustrate the humanity and what is at stake for our future.

Watch the official music video for “I Need a Teacher” by Hiss Golden Messenger on YouTube:

“The new album by Hiss Golden Messenger is one to play on repeat, immersing in every nuance. It’s Americana music with a purpose… Every song sounds sure-footed and driven… It’s easily one of the best Americana albums of 2019,” said the Associated Press.