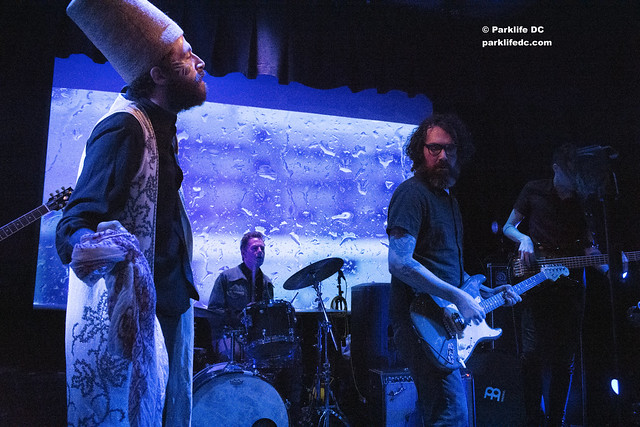 Have you ever seen a performance so unexpected that you were immediately inspired to share what you saw with anyone who will listen? I felt that way about DC psych rockers Time Is Fire when first I saw them at Black Cat several years ago. The arresting quintet was unlike any local band ever I imagined: Fronted by an Iranian singer, the gents burst with lively fire and joyful life.

Time Is Fire appeared at Pie Shop recently, and I had the opportunity to catch them again on an energetic bill, where three bands drew a big crowd to the buzzy upstairs music hall within Dangerously Delicious Pies.

Time Is Fire last released Stories Untold, an EP, in 2018, but vocalist Kamyar Arsani said a new album from the band arrives in March. On Jan. 3 at Pie Shop, Time Is Fire rocked the room with songs from their previous recordings as well as as-yet unreleased music.

The relatively small Pie Shop stage couldn’t contain Kamyar (vocalist), Jim Thomson (drums), Kai Filipczak (bass), Matt Perrone (guitar), and Jeff Barsky (guitar), as Kamyar often had to leap off stage to stretch his hands to the heavens or sweep his body to the earth below.

From their latest EP, Time Is Fire played “Ey Ajaba,” which means “Oh, I Wonder” in Farsi, at the midpoint of a set of seven powerful songs. With this number and others, the band leans into Gang of Four-inspired, guitar-driven punk. As Time Is Fire explains on Bandcamp, the song is about being able to shout your words freely, and it is inspired by a work of the 13th Century Persian poet Rumi.

Stream Stories Untold by Time Is Fire on Bandcamp:

Kamyar originally hails from Tehran, hence his predilection for occasionally singing in Farsi and his choice of headwear — a hat called a sikke. The tombstone-like hat signifies the “death of ego” to the Sufi. Wearing the sikke, Kamyar howled and danced as the music demanded.

There was a great deal of spirit in the music of Time Is Fire — some clearly cathartic and some fabulously exuberant. Whether serious or lighthearted, Time Is Fire proved consistently euphoric. The band’s songs are inextricably linked to the wonder of being alive and in the world. That alone created a provocative show, but Time Is Fire added another dimension with their energetic output and skillful musicianship.

With apparent new songs in the set, such as “We Declare,” “My Sins,” and “Norms,” Time Is Fire has a lot more to say via their next album on Jim Thomson’s Electric Cowbell Records. Meanwhile, Time Is Fire maintains a busy touring schedule in and around the DC area. You can see them next on Jan. 16 at Slash Run, where they open Sondra Sun-Odeon.

For the latest info on Time Is Fire, check out the band’s Facebook page.

Here are some pictures of Time Is Fire performing at Pie Shop on Jan. 3, 2020. All photos by Mickey McCarter. 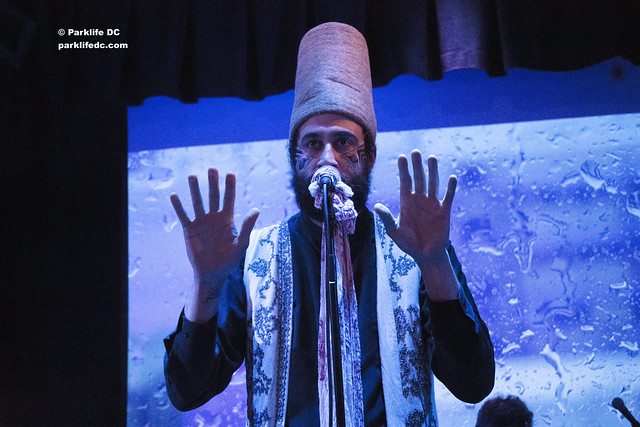 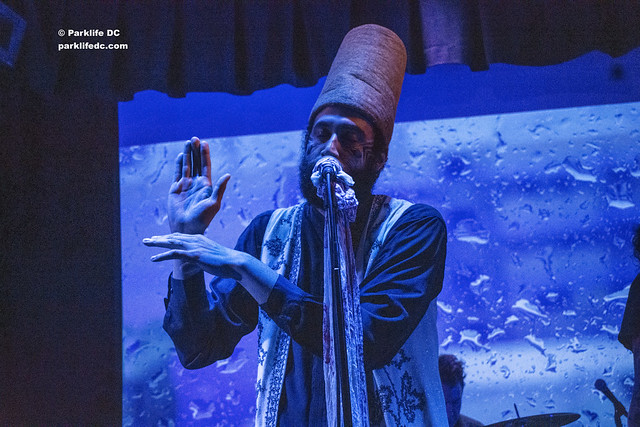 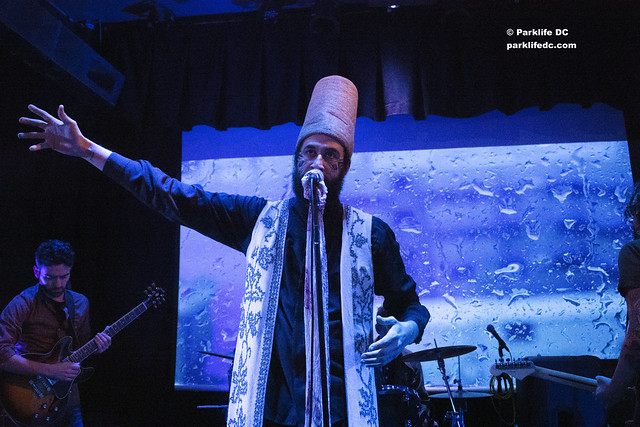 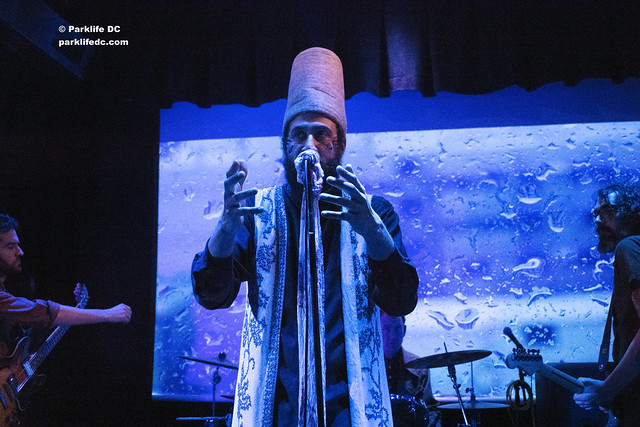 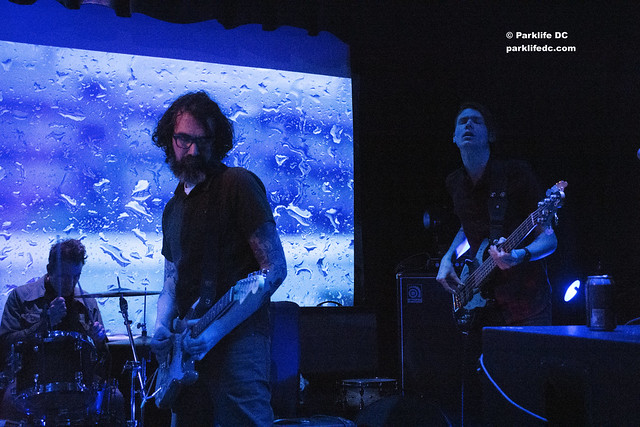 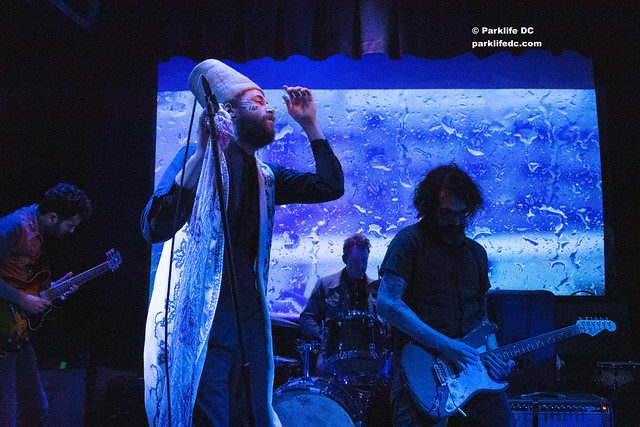 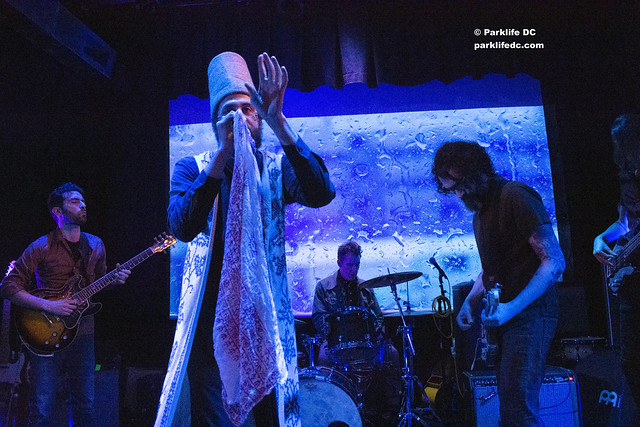 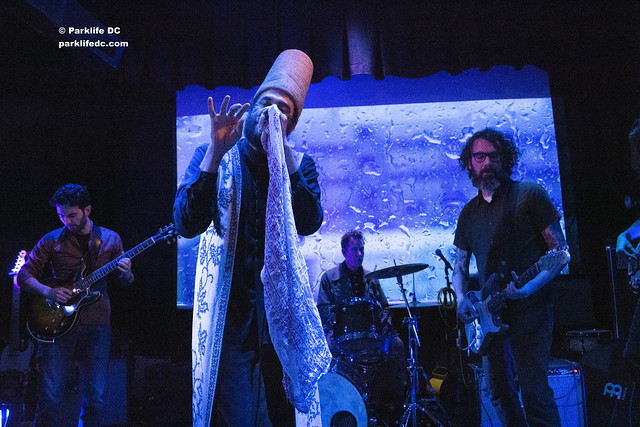 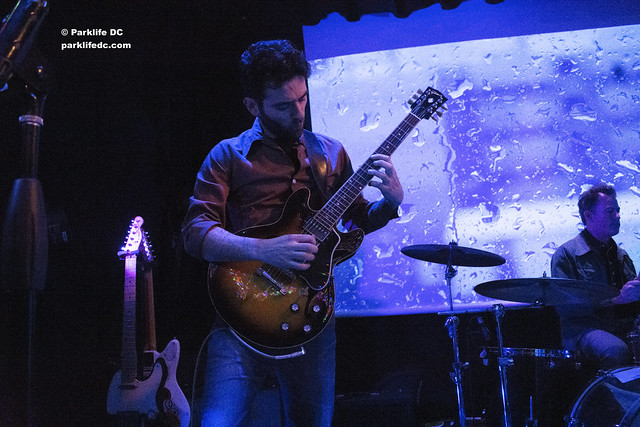 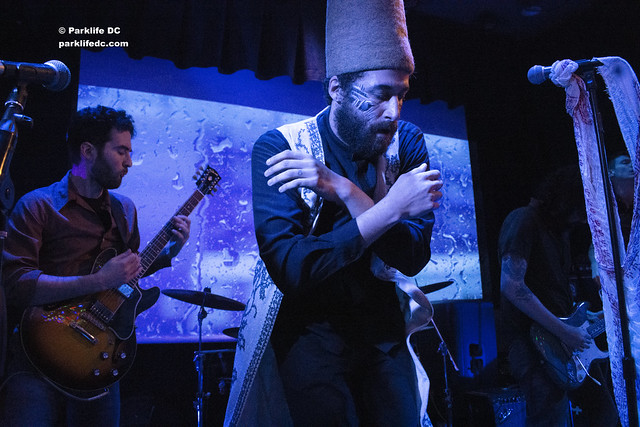 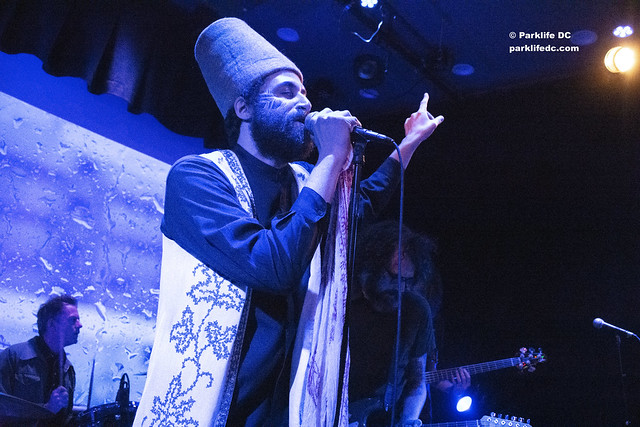 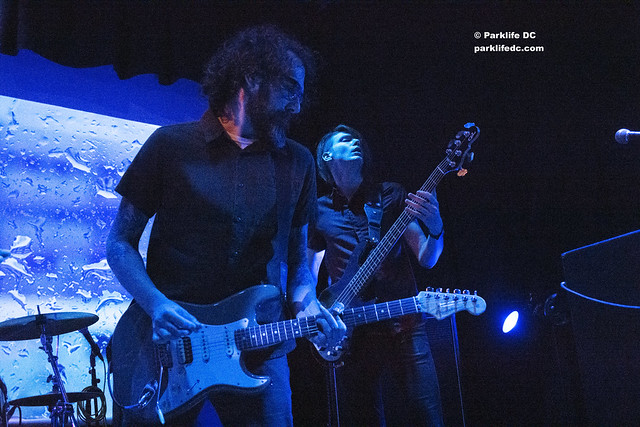 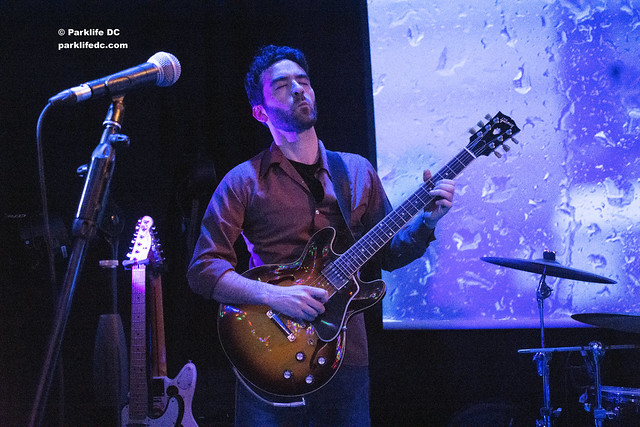 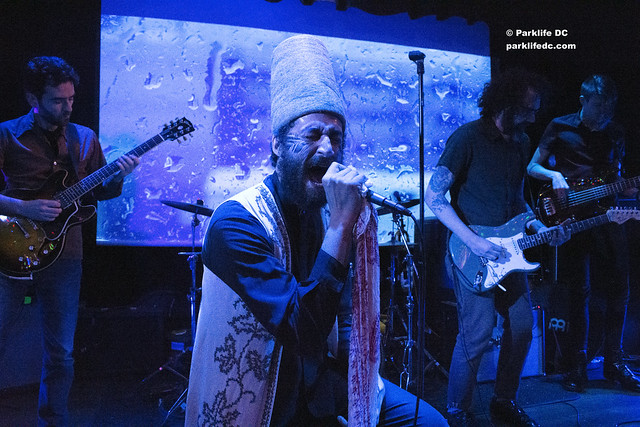 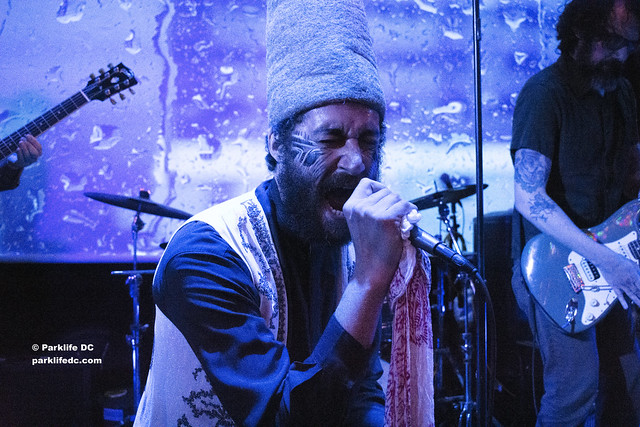 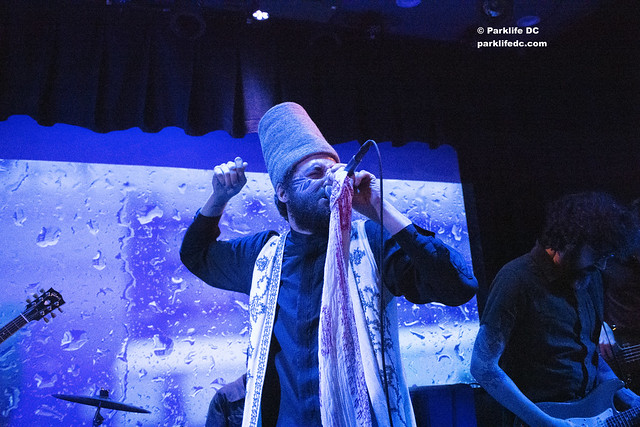 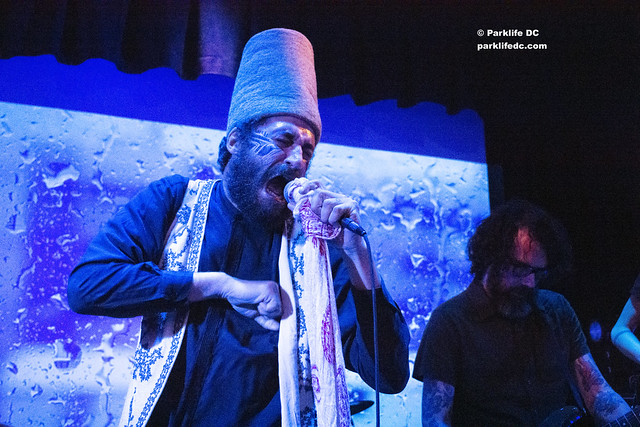 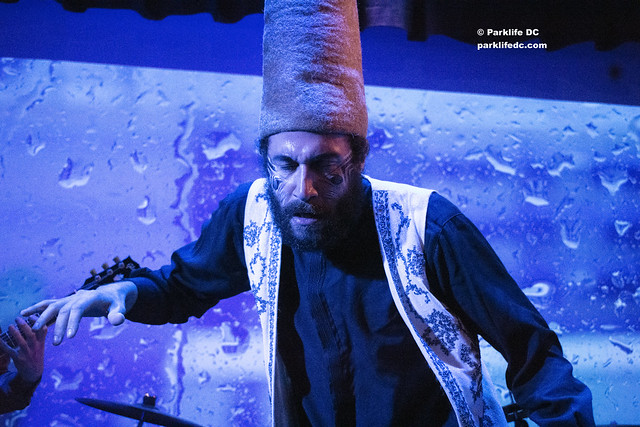 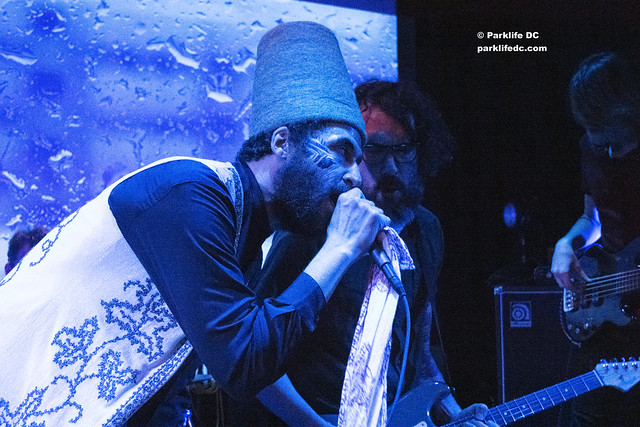 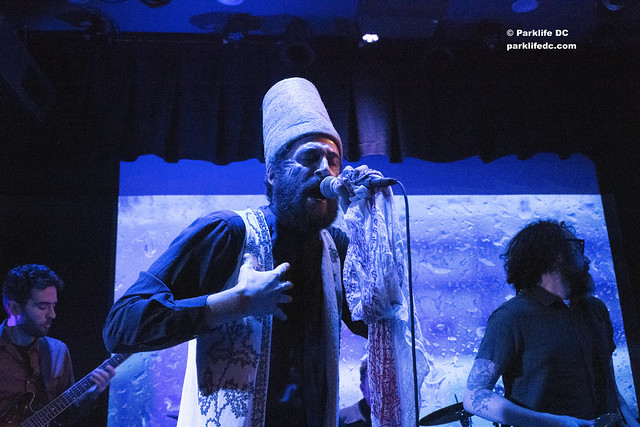 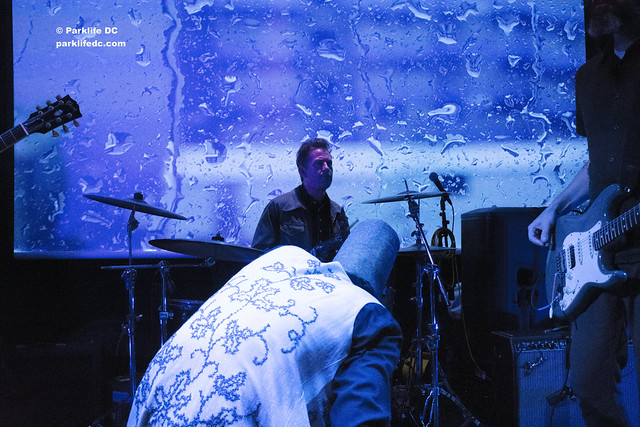 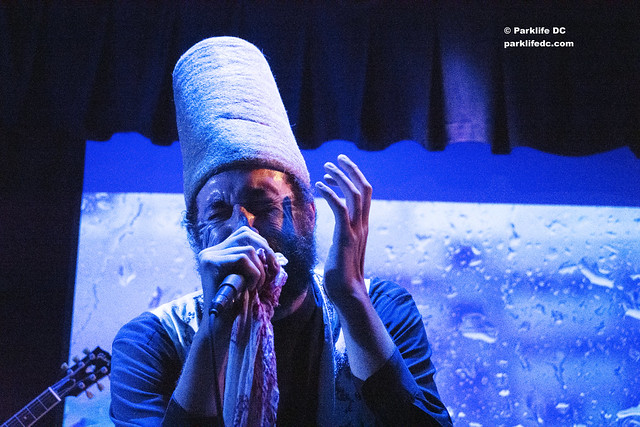